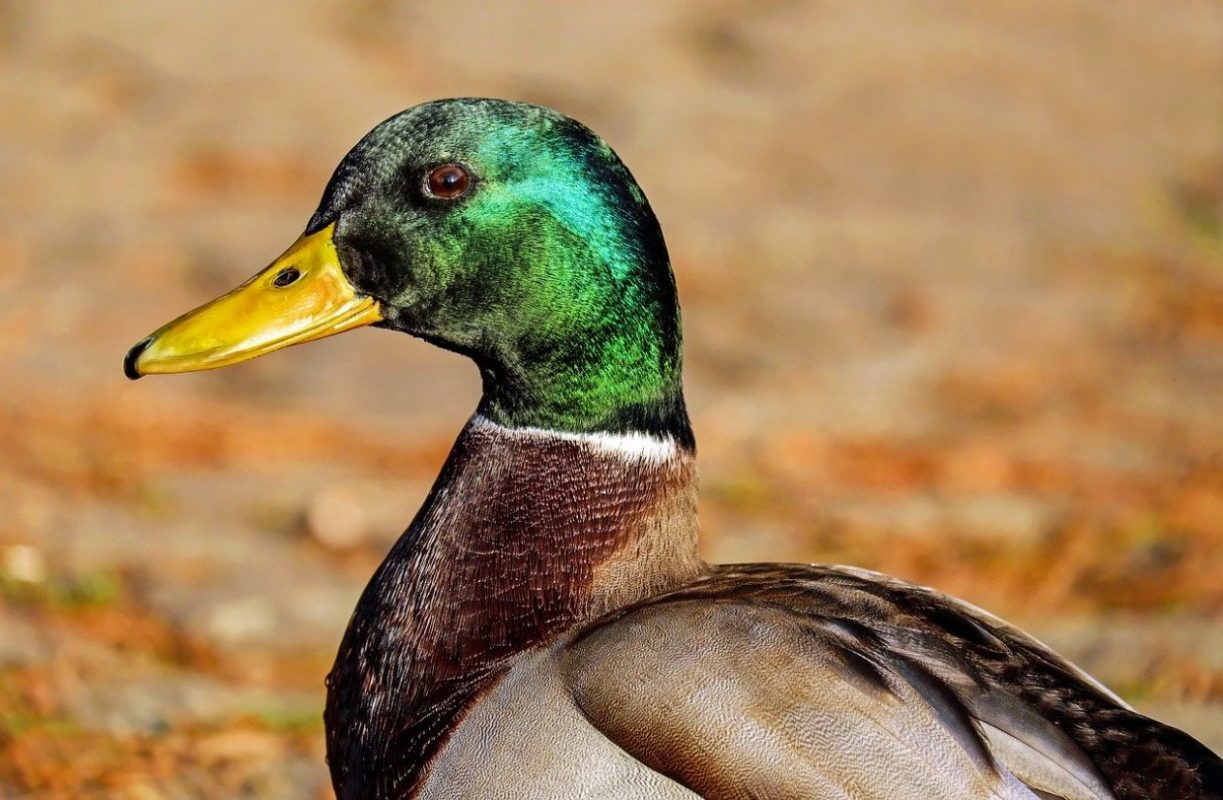 Bitcoin was trading at $10,381 at the time of writing, after registering a low of $9966 yesterday. As long as Bitcoin does not close under the $10,000-level, a case can be made to suggest that it will be in a consolidation phase after the sell-off, above its support level. In fact, many altcoins noted massive sell-offs as well, losing 20-30% of their value in less than three days.

Tron was one of the outliers, gaining by nearly 50% to climb to a local high of $0.049. However, TRX was experiencing a pullback at press time, while Polkadot and Crypto.com Coin struggled to stay afloat under a storm of selling pressure. 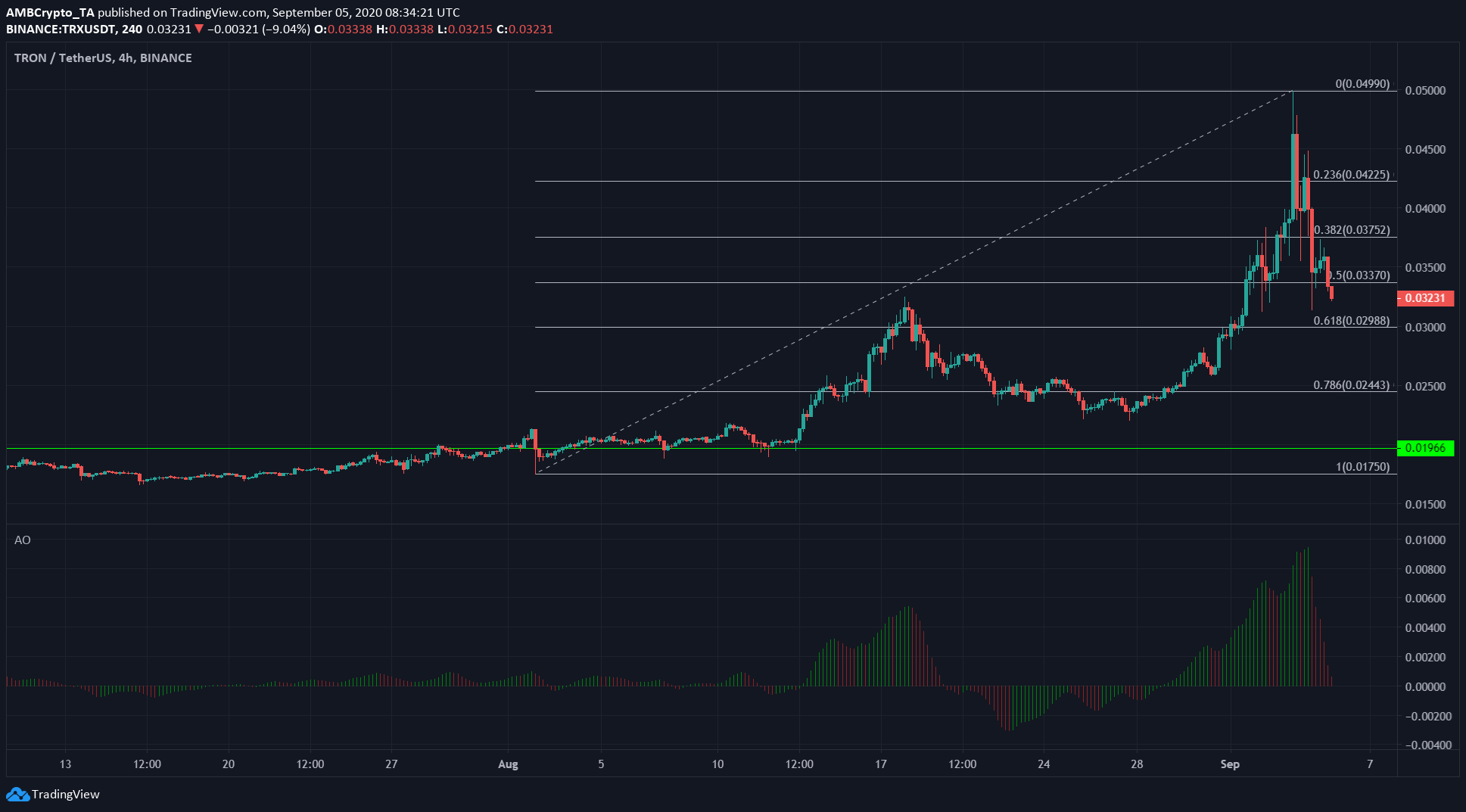 TRX surged from $0.019 to breach $0.03, before dropping for a couple of weeks to under $0.025. TRX spiked again, however, to form a high at $0.049. Using the Fibonacci Retracement tool, important levels of retracement can thus be highlighted. At press time, TRX was trading just beneath the 50% retracement level at $0.033.

In related news, $SUN was launched on the TRON Network and it will be mined by Sun Genesis Mining. 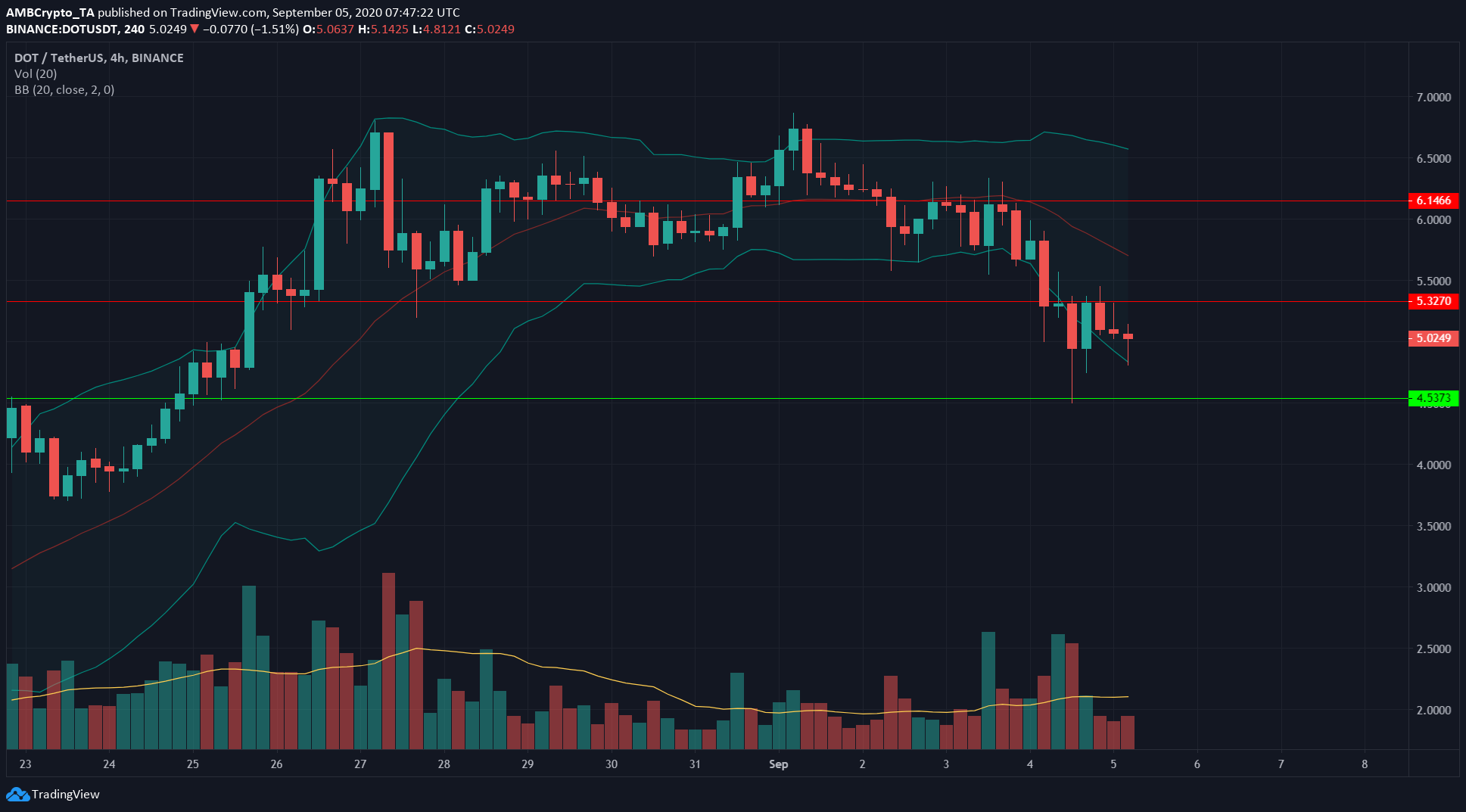 The Bollinger Bands for DOT showed that there was potential for further downside on the charts. The bands’ mouth was widening as the price dipped toward its lower bands, indicative of a trend being set after the BB had remained constricted in the days prior to the market fall.

The next level of support for DOT lay around the $4.5-zone.

At the time of writing, DOT was ranked 7th on CoinMarketCap, with a capitalization of $4.1 billion. Acala, a Chinese DeFi project built on Polkadot, recently announced a new round of series A funding led by Pantera Capital. 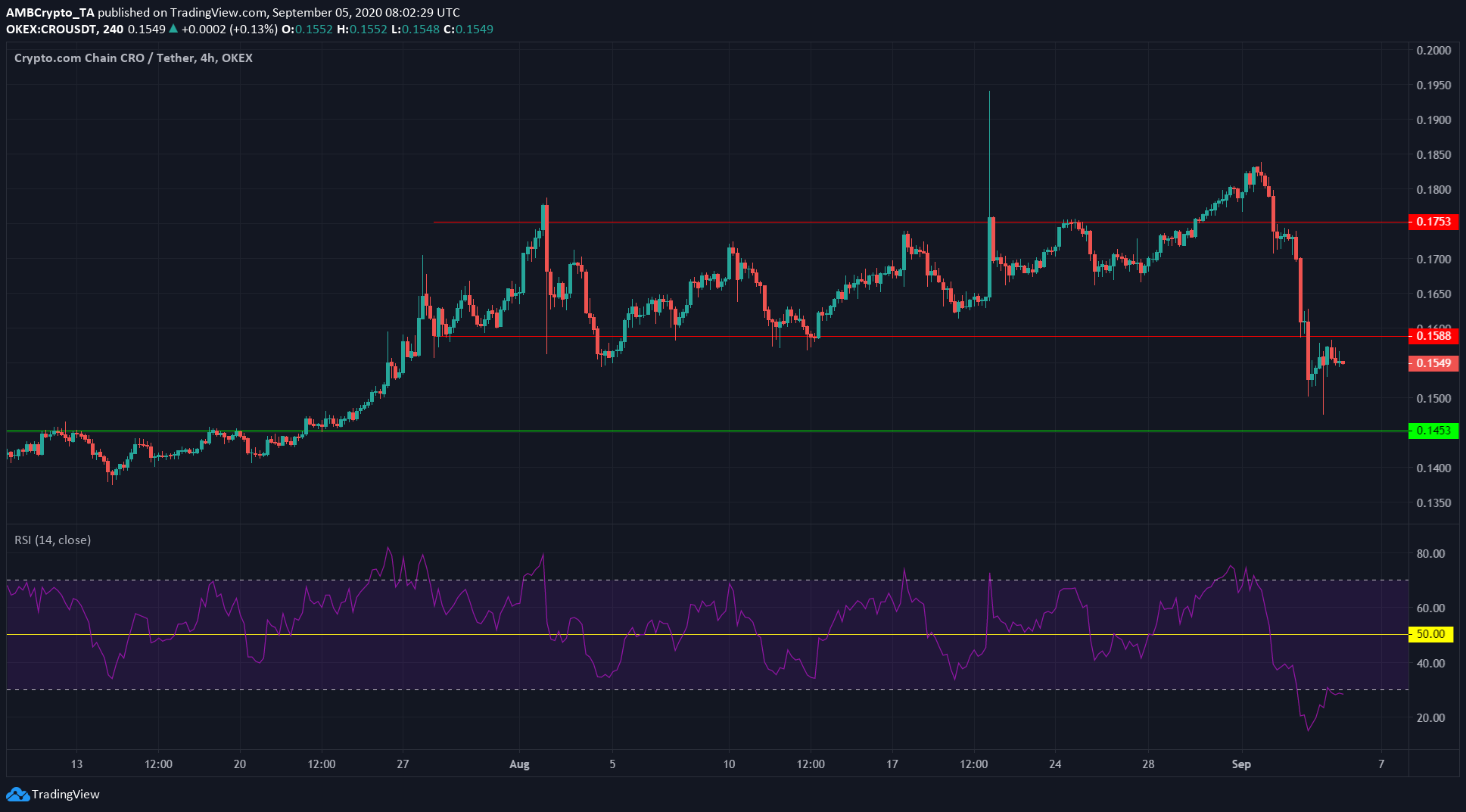 CRO was showing no let up in bearishness. Even when the RSI sailed south towards 13, a sign of the cryptocurrency being badly oversold, CRO could have expected to bounce, but only did so from near $0.150 to $0.158, before facing selling pressure that pushed it back down to $0.1549.

The next level of support for CRO was observed to be around the $0.145-zone.

SushiSwap chef sells all his holdings as community cries wolf