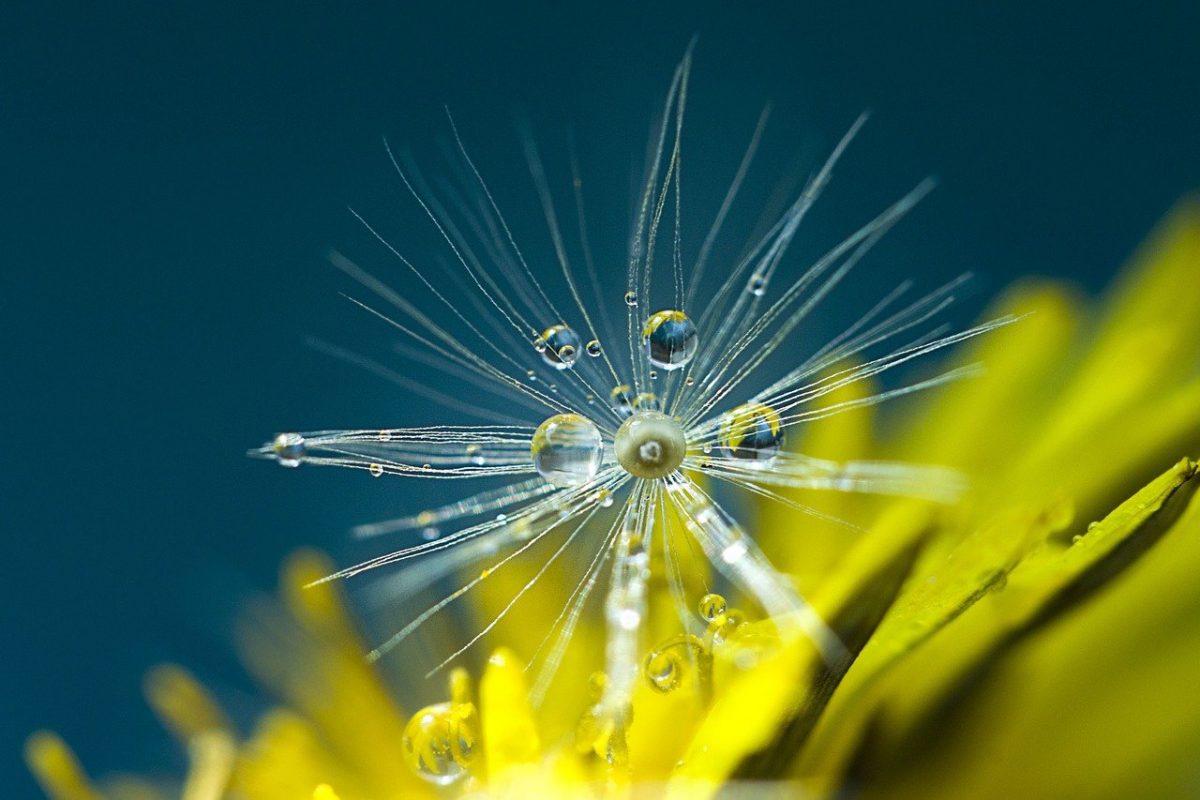 Tezos‘s price seemed tense after suffering a brutal drop of 26% in 12 hours. The aforementioned drop was a result of Bitcoin’s 12% drop over the same timeframe. While the correlation of altcoins with Bitcoin has predominantly existed for a long time, it had fallen over the last quarter. Then again, intense Bitcoin drops are bound to drag altcoins like Tezos down.

Before this drop, XTZ was showing clear signs of accumulation and was recording a huge price surge as well. In fact, from 21 November to 25 November, XTZ surged by a whopping 45%. This article will take a look at XTZ from a long-term perspective, but before getting into that, let’s inspect the recent accumulation phase. 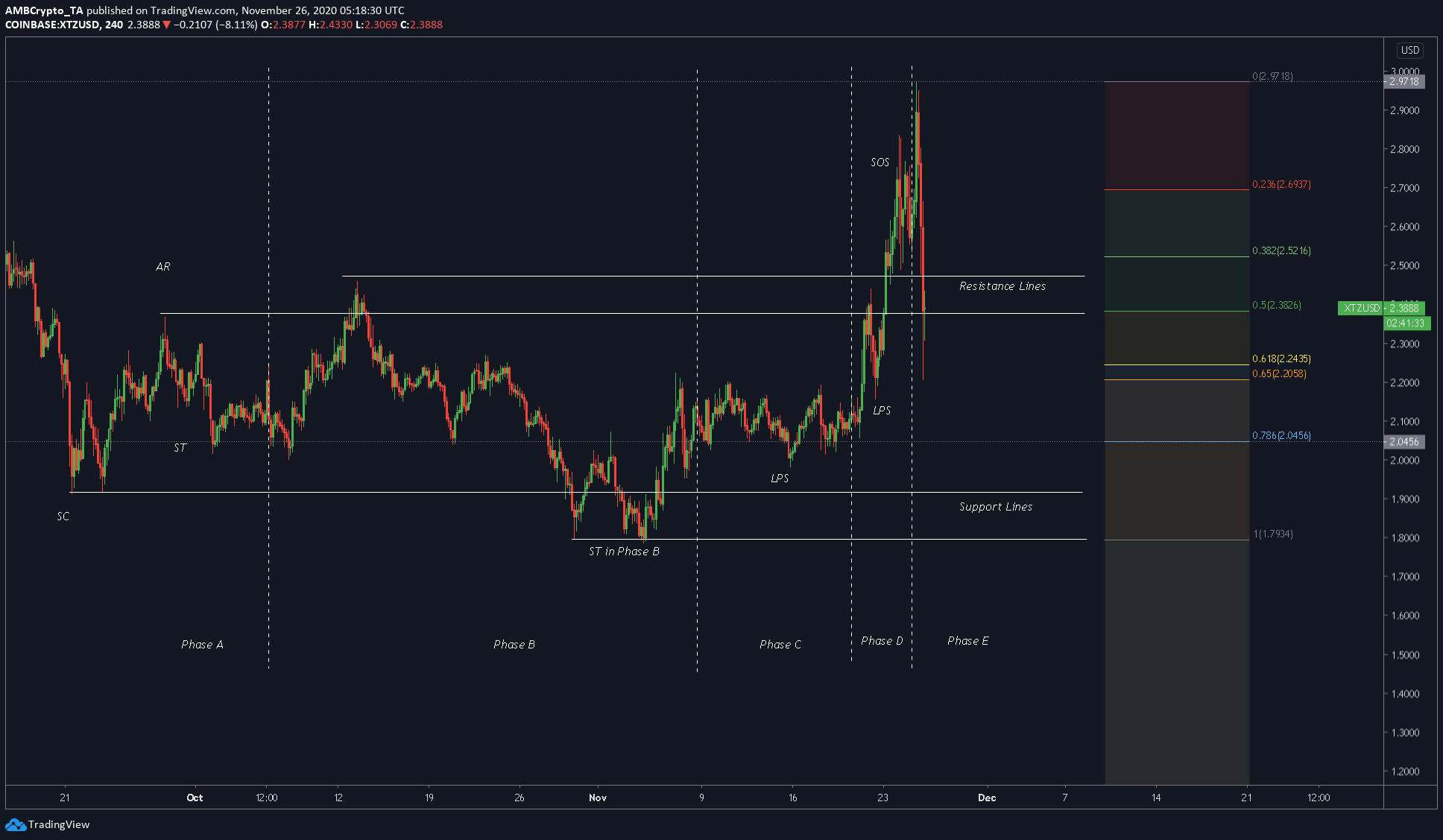 Tezos’s price movement since before October fit the exact accumulation pattern developed by Richard Wyckoff. The price didn’t form a spring/test, however, it managed to break higher [45%] from its LPS, as mentioned above.

At the time of writing, the price stood in between the resistance lines [now support], deciding whether to head lower or climb higher on the charts.

When the wicks are looked at, it can be argued that the price might head lower to find proper support between $2.4 and $2.2. If Bitcoin continues to crumble, so will XTZ and other altcoins in the market. 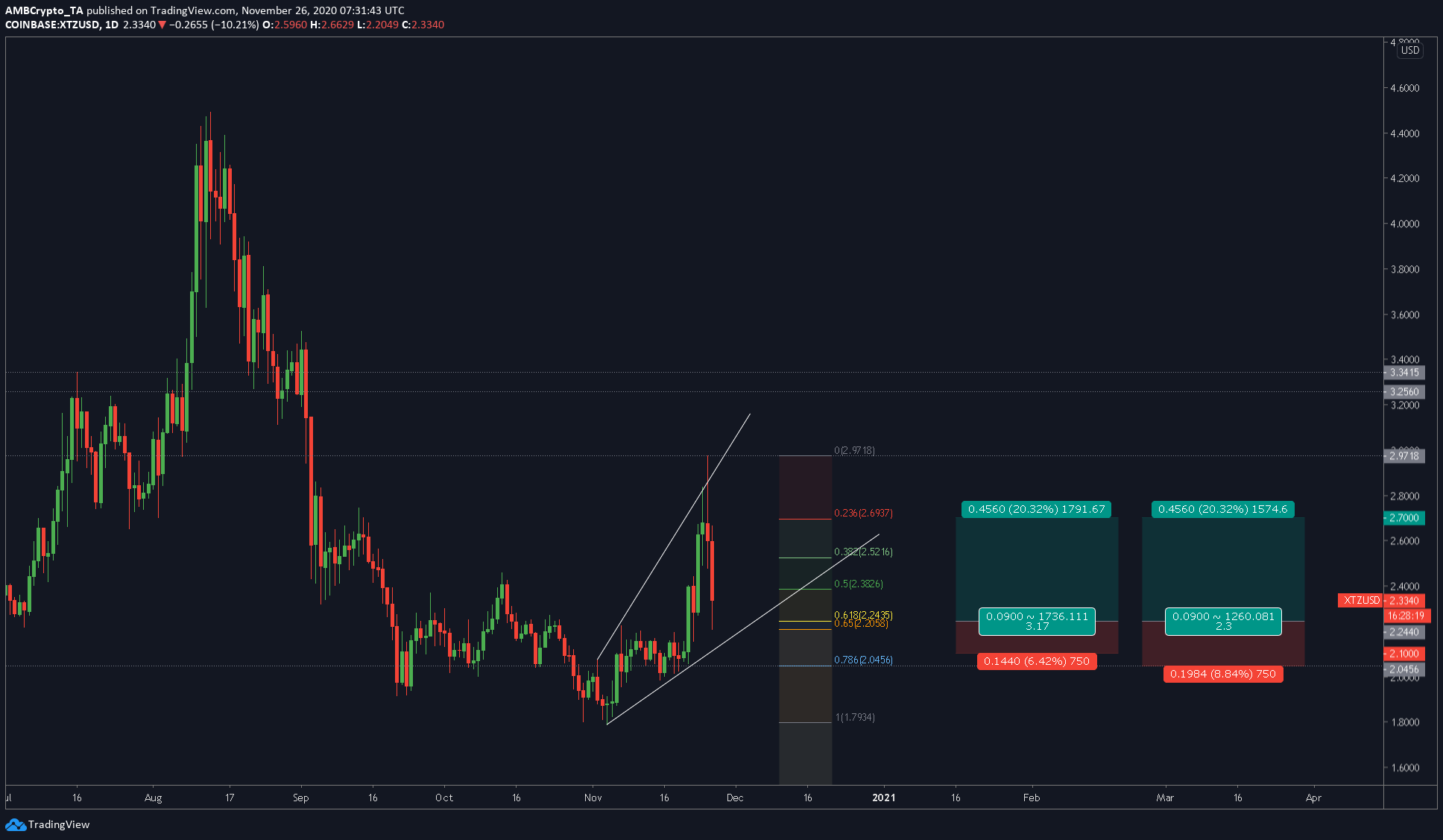 The one-day chart for Tezos showed a completely different picture. This picture fell perfectly in line with the pattern that was being formed over the one-day timeframe. On the higher time frame, one can be bullish on Tezos, despite its correlation with Bitcoin and its recent price drop. So, obviously, there will be risks involved with such a take.

The reason for this bullishness comes from the fact that Tezos and many altcoins suffered a drop that wasn’t part of the altcoin rally’s plans. Hence, altcoins will resume heading into pre-crash directions, especially XTZ. Additionally, the risk of dropping with Bitcoin only arises if Bitcoin drops too.

Additionally, even as XTZ continues to drop, there is a high chance that it will stabilize around the golden pocket zone [0.65 to 0.0618-Fibonacci extension].

Hence, this long position will start at the 0.65-Fibonacci level.

How much should one Bitcoin be worth to match market cap of Apple, Amazon, Gold?