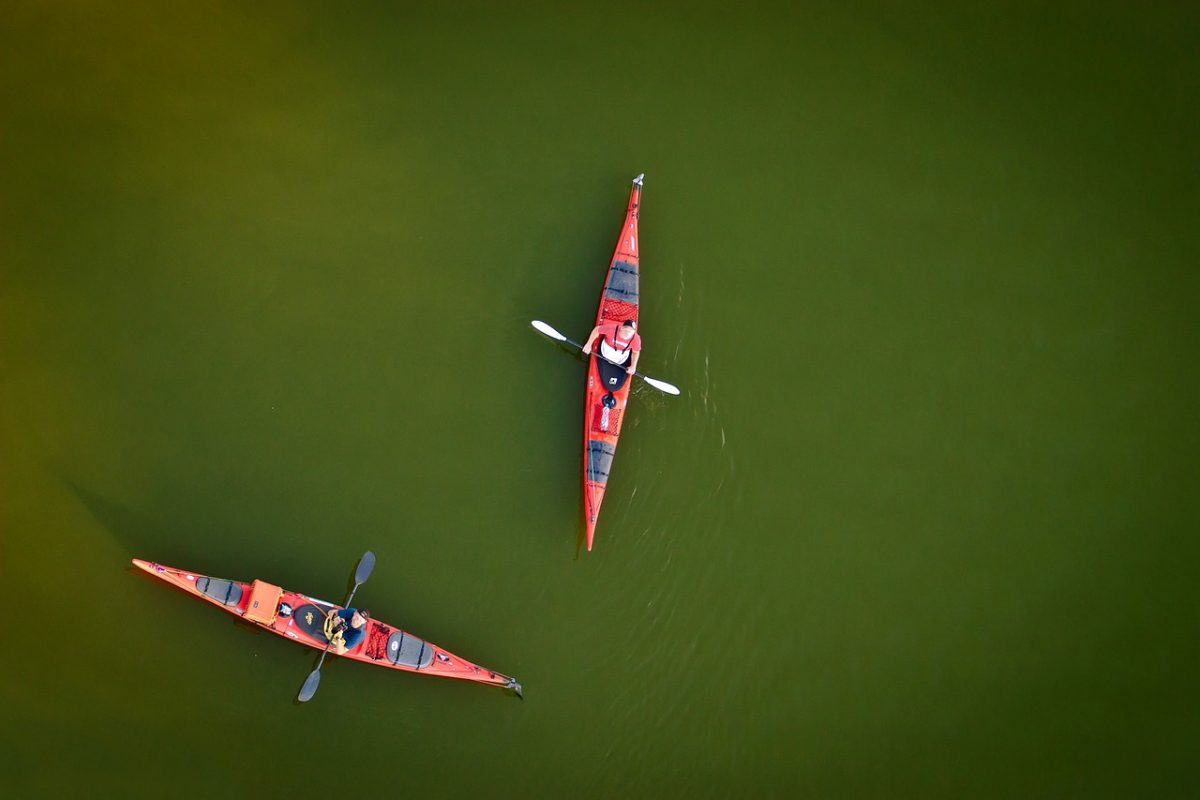 Disclaimer: The findings of the following article attempt to analyze the emerging patterns in Tezos’s long-term market and its impact on the price

Tezos’s market may not be performing as it did in 2019, but it is still reporting significant growth for the year 2020. Its year-to-date gains had climbed to 70%, at the time of writing, but its value seemed to be stifled by the stagnated market. In fact, the cryptocurrency has been shedding its value since mid-August, with XTZ trading at a price level last seen in July.

At press time, XTZ was trading at $2.44, very close to the support level it established when trading began in the month of September.

According to XTZ’s daily chart, the price can be seen falling, with the same following the descending channel formation. The Bollinger Bands were wide apart, a sign of high volatility in the market. However, the falling trend had not changed and the bearishness in the market continued to persist, at the time of writing.

Further, the Signal line and the 50-moving average crossed over the candlesticks at the beginning of the month, with the same continuing to be the case, at the time of writing. This indicated that downward pressure was prevalent in the market. Interestingly, the Relative Strength Index [RSI] had also dipped to a low that was close to the oversold zone. For a contrarian, this could be a sign to buy the crypto-asset. 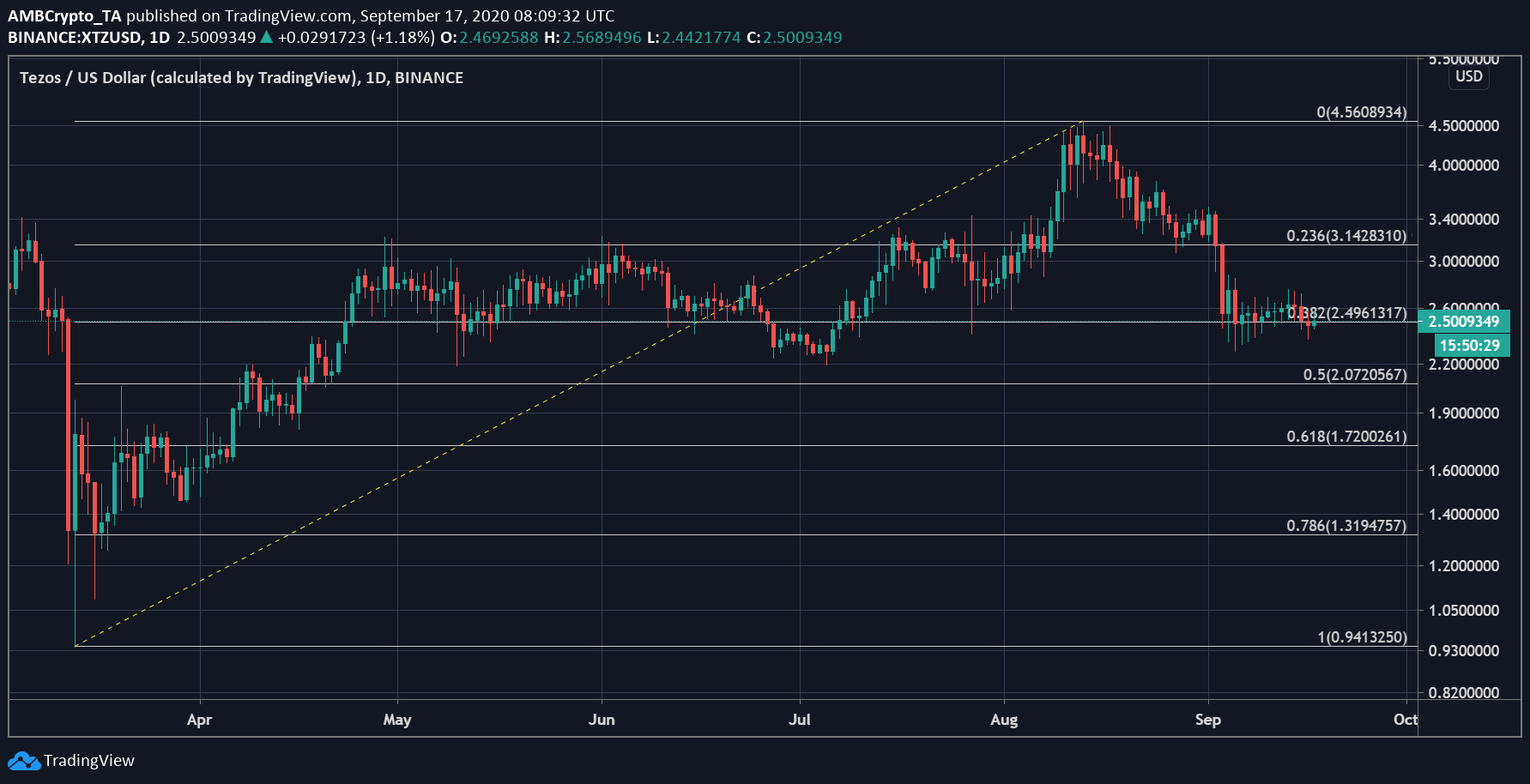 XTZ’s price was supported at $2.49, but given its journey in 2020, it has multiple supports on the way down. The consolidating price may breakdown to $2.07, a level that appeared to be the next strong support in the given period. However, the journey back north may provide a boost as the next resistance lay at $3.14 and XTZ will have to test this level first. Previously, XTZ had tested this level five times before breaking above it, following which, it reported an all-time high of $4.56 on 13 August.

The journey upwards will be difficult, but XTZ’s support levels may keep the value of the digital asset afloat.

Dive in! Here’s why Bitcoin at $7844 may be the final buying opportunity