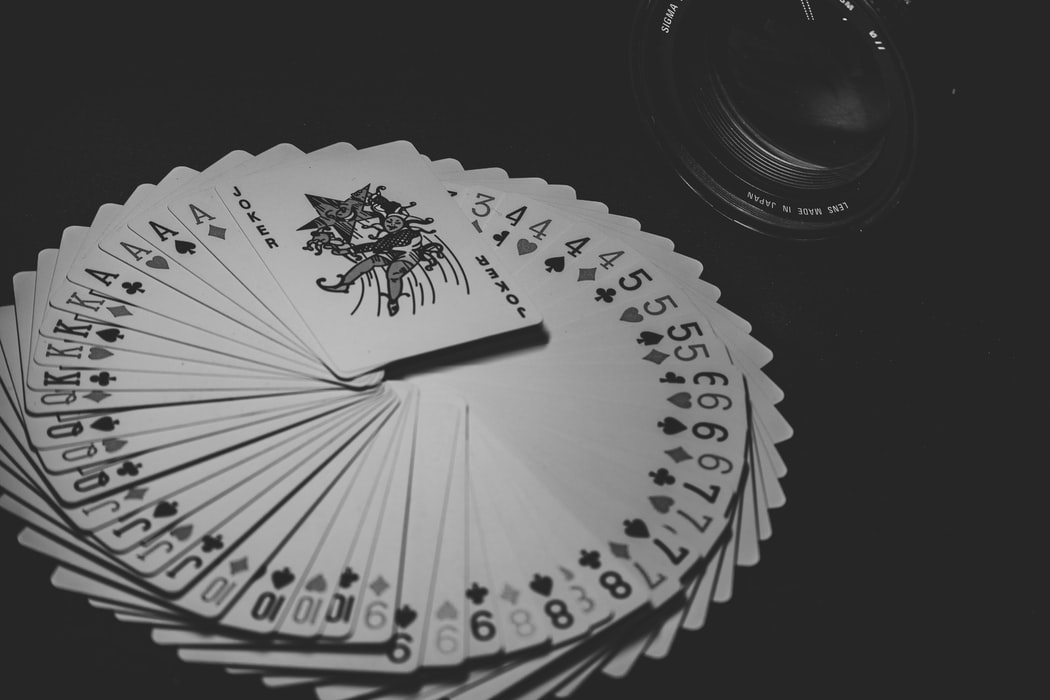 Physically settled BTC Futures on Bakkt are 322% higher relative to the July 2020 level. The average daily volume is $36 M. 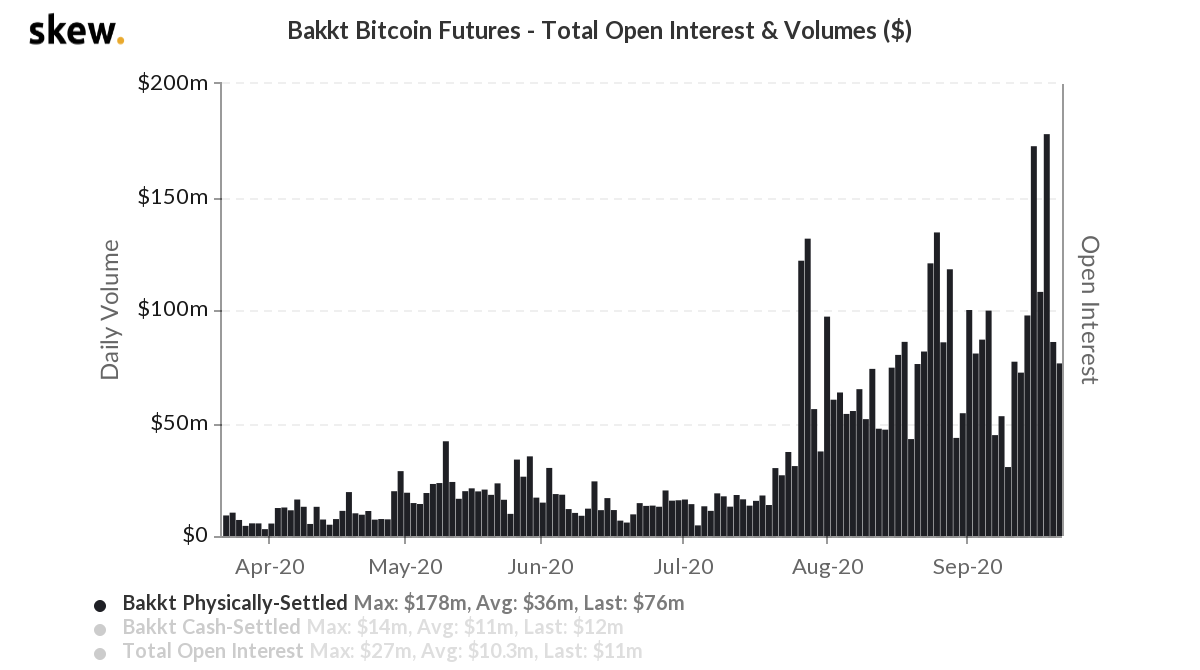 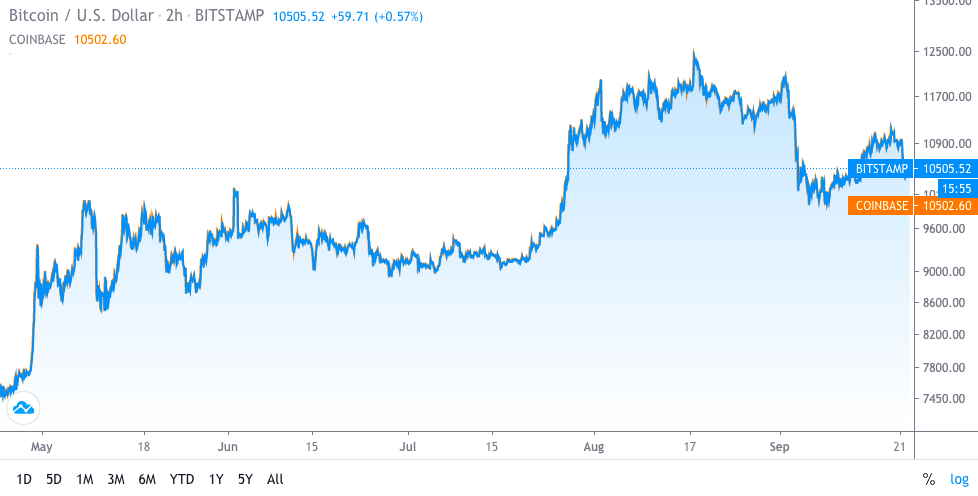 It is challenging to point out exactly when and how spot exchanges are manipulated, however, the following instance will fill the gaps. Back in May 2019, there was an instance of manipulation in cash-settled contracts on BitMEX. On the 17th, the price of Bitcoin on Bitstamp started falling rapidly and dropped 11% in 10 minutes and hit $6178. This did not impact prices on other spot exchanges and the crash was caused by a large sell order. 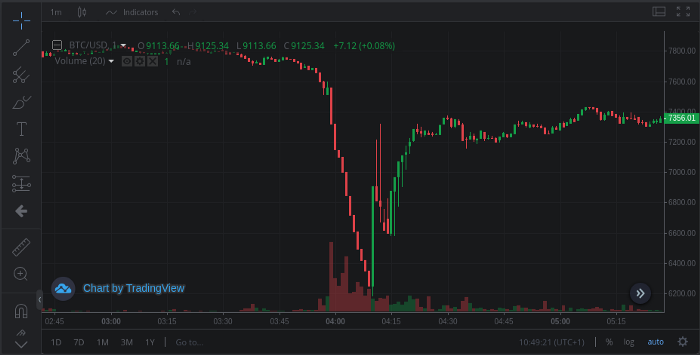 Dovey Wan, founder of Primitive Crypto tweeted about the incident and highlighted the fact that this was a deliberate scheme to book profits on a short on BitMEX. 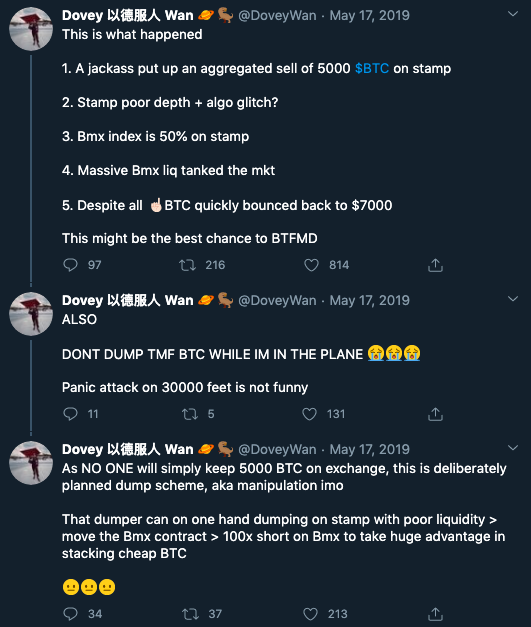 While this is one incident of such manipulation, cash-settled BTC futures contracts have a reputation for the same. Physically settled futures protect the derivatives trader from the downside of ascertaining the settlement price based on the price of spot exchanges. While institutional investors aren’t big on it yet, with the rising interest from institutions like MicroStrategy, there is a high possibility that institutions may choose physically settled contracts over cash and this is a huge win for Bakkt.