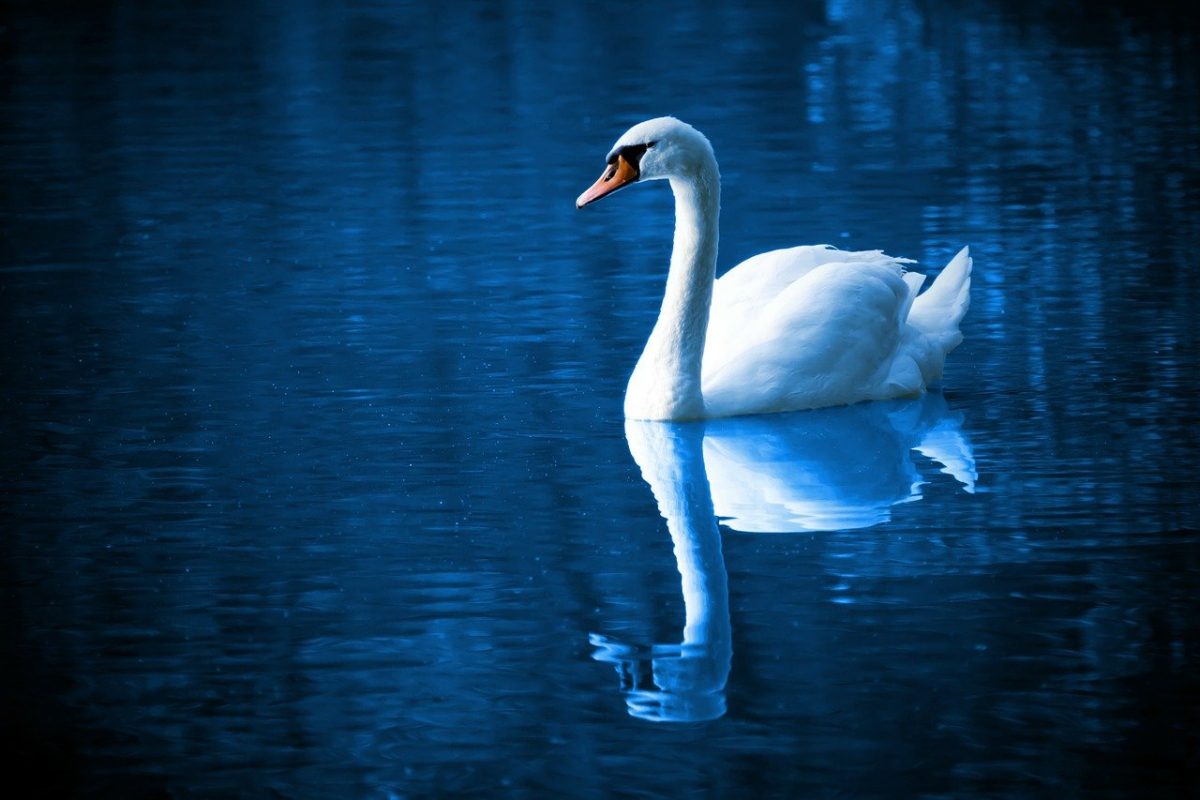 Bitcoin’s dominance was recorded to be 61.75, at press time, with the index noting a figure of over 60 for a week now. In fact, Bitcoin was also noting some gains on the charts, having risen above the $13,000-level. Monero shared this bullish sentiment and was also noting gains, while Polkadot exhibited a bearish divergence. Decred, while quite volatile over the past few days, was nevertheless trending upwards. 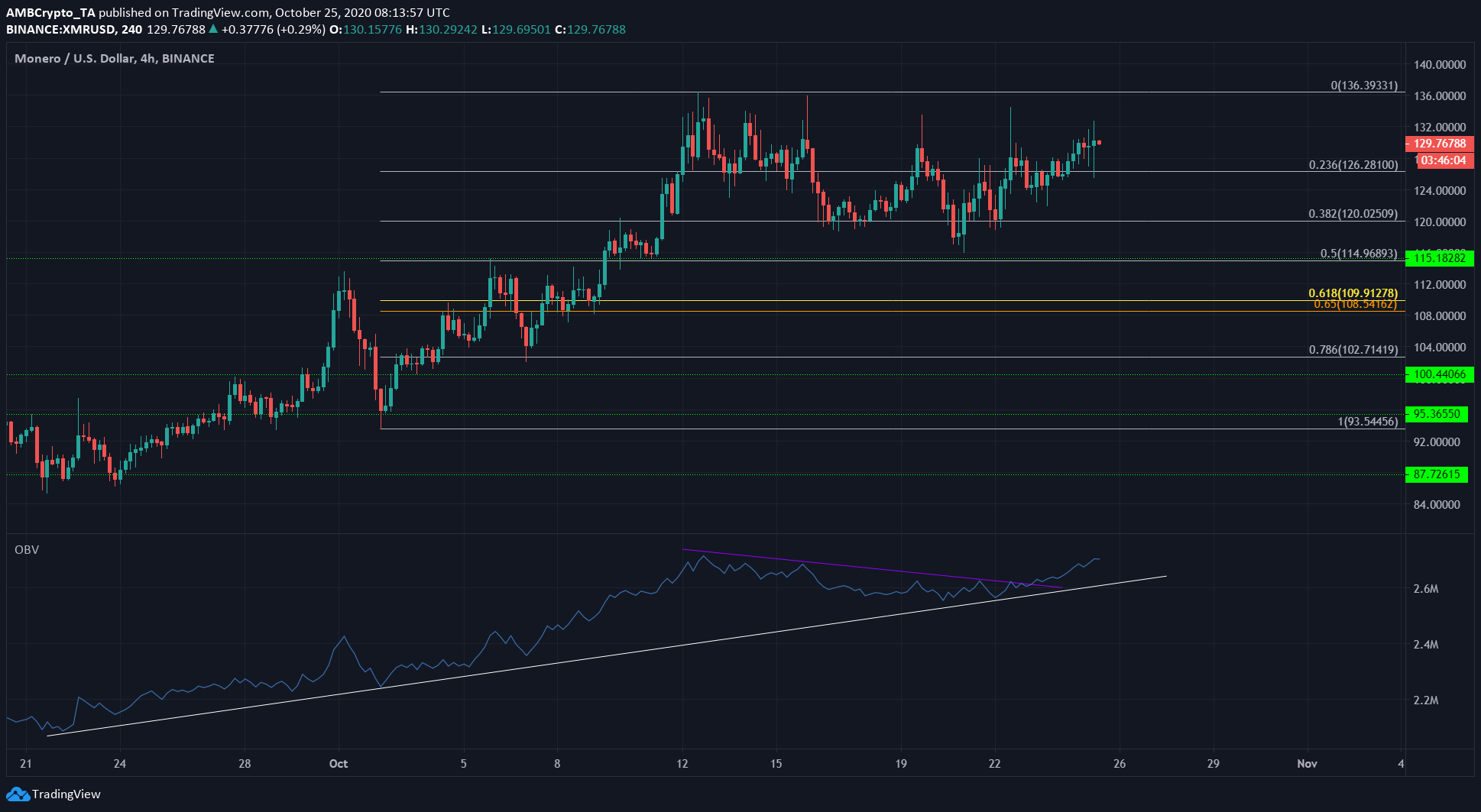 Using the Fibonacci Retracement tool for XMR’s move from $93.54 to $136.39, some important levels were highlighted.

The cryptocurrency’s price sailed past the 23.6% retracement level at $126.28. As the OBV showed, the crypto-asset has been seeing increasing buyer interest (white). Recently, as the price retraced, the OBV trended downwards (purple), before breaking past the trendline once more.

This breakout indicated that the crypto-asset could follow and post more gains in the coming days, with the region around $140 as the target over the next few days.

In other news, Monero’s former lead maintainer, Ricardo “Fluffypony” Spagni, was recently reported to have stated that “cryptographers are always gonna stay one step ahead on privacy.” 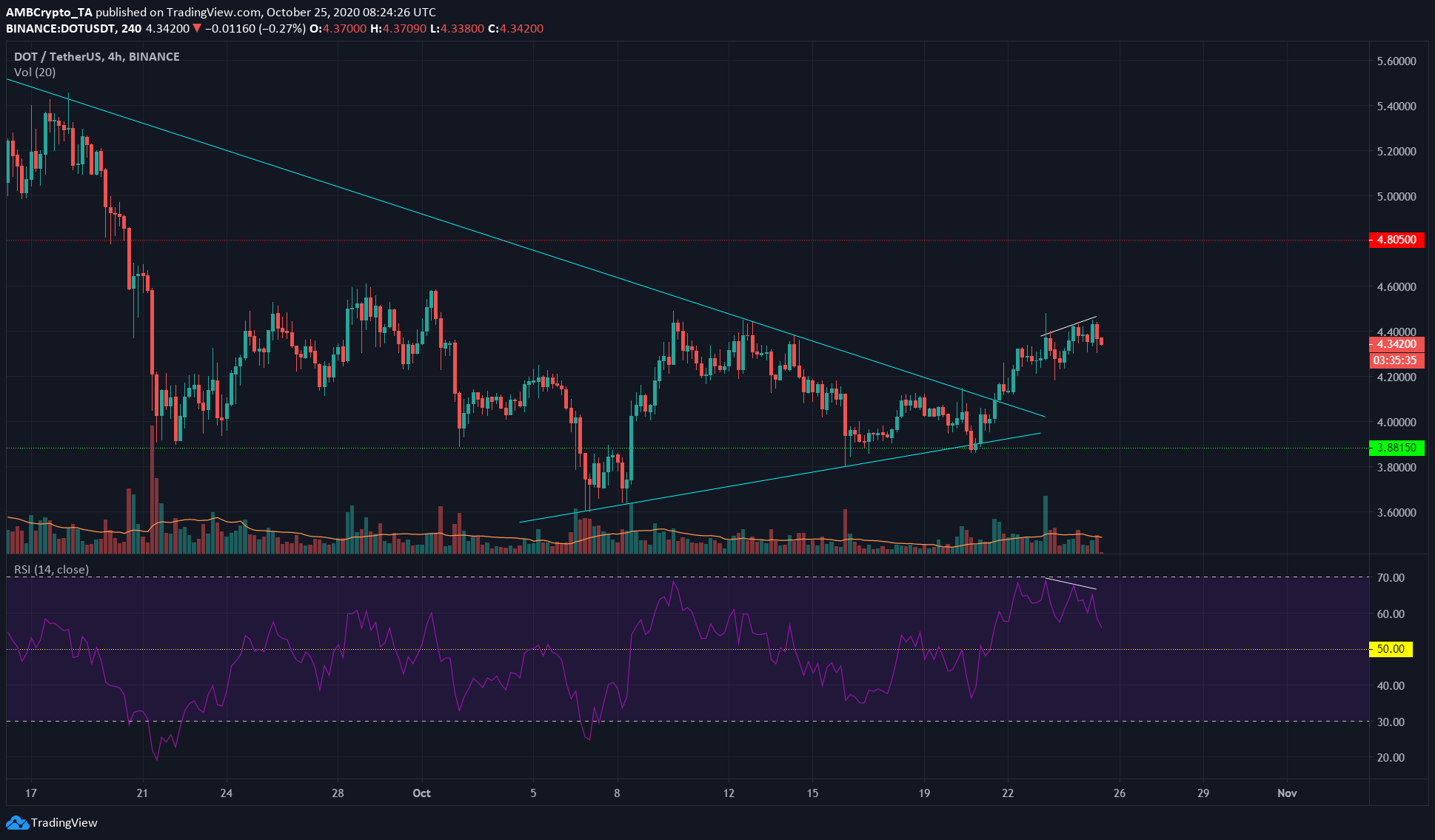 DOT was forming a symmetrical triangle (cyan), a continuation pattern that can break out to either side. In this instance, the price appeared to break out to the upside, but it stopped short at $4.4.

Any further gains for the crypto-asset would have to be shelved over the next few hours as it noted a bearish divergence between the price and momentum (white).

DOT formed higher highs as the momentum indicator (RSI) formed lower highs. This could force DOT down towards $4.2 or even lower on the charts.

In other news, Ontology and Polkadot recently announced a collaboration to accelerate DeID adoption. 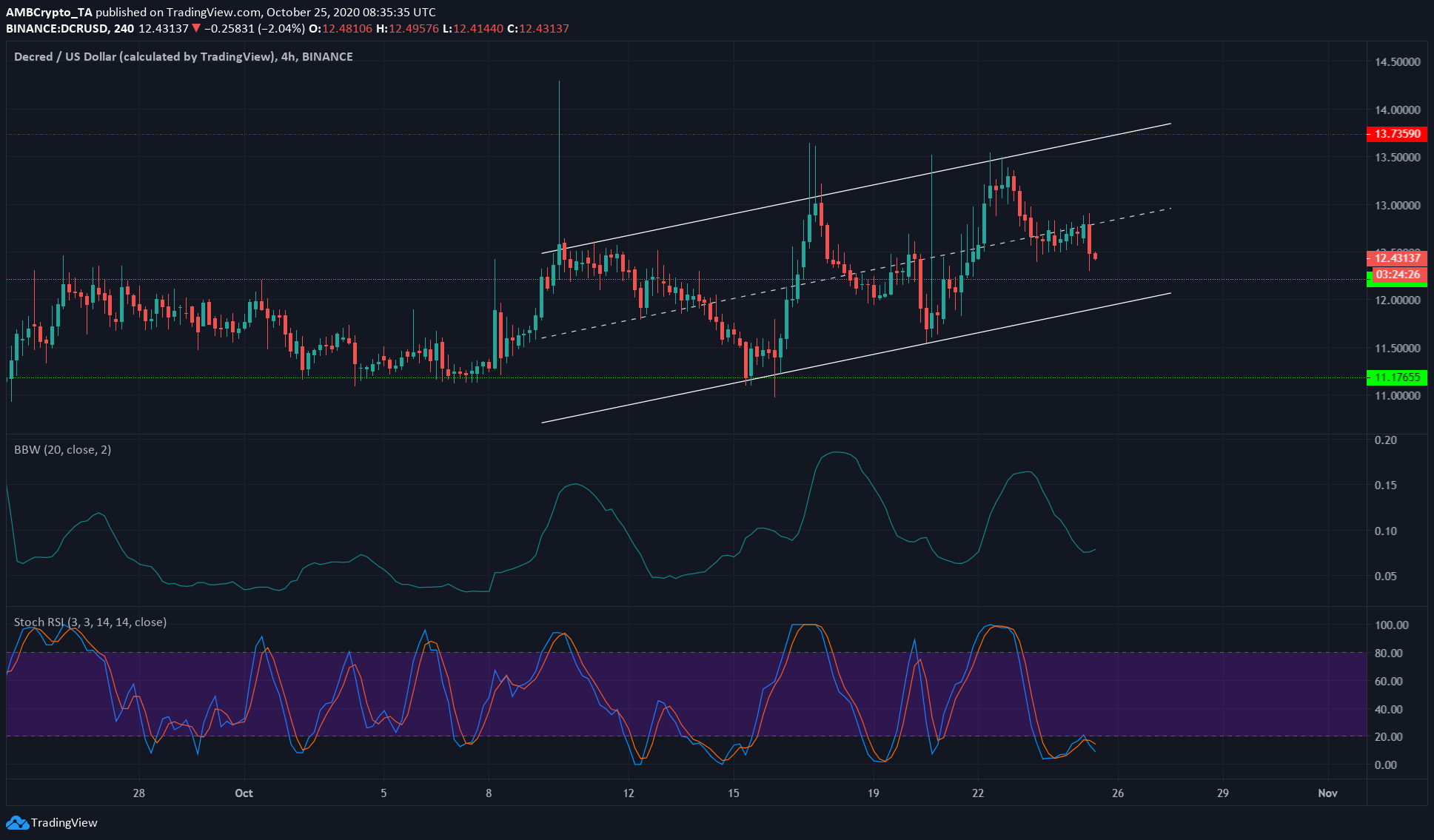 The cryptocurrency’s technical indicators highlighted how the crypto-asset behaved with heightened volatility. Despite the rapid surges and drops in value, the crypto-asset was trending upwards as it posted higher lows on the charts.

In fact, the Stochastic RSI was in the oversold region, indicating that a spike in price was on the cards. There was also the possibility that DCR might test the support at $12.21, before moving upwards once more.

Bitcoin gaining strength in these 7 countries impacts its long game

How often should you buy Bitcoin?