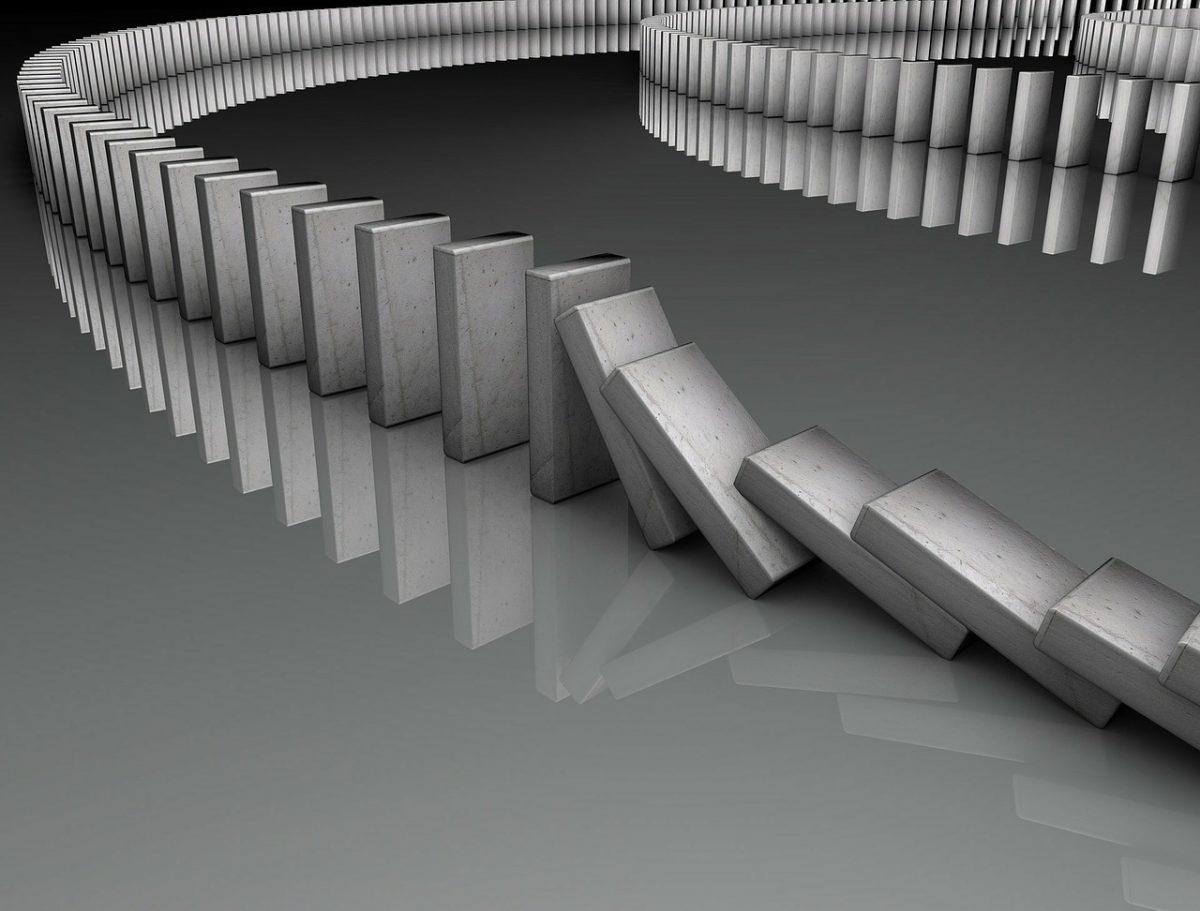 Disclaimer: The findings of the following analysis aim to analyze the prevalent trend in the Litecoin market and its subsequent impact

Despite little fluctuation in the price of Bitcoin, the world’s largest cryptocurrency, the overall state of the cryptocurrency market remains dull. The new eighth-largest coin in the market, Litecoin [LTC], also referred to as the silver to Bitcoin’s gold, was noting a series of similar sideways movements on its own charts, at the time of writing.

Since June, the price of Litecoin has suffered a loss of nearly 11%, falling from $48.96 to $43.44. Due to its consolidating price, LTC is also one of the few crypto-assets that has failed to recover from the losses accrued from the Black Thursday event in March. At press time, Litecoin was being traded at $48.96, with LTC trading within a bearish formation on the charts. 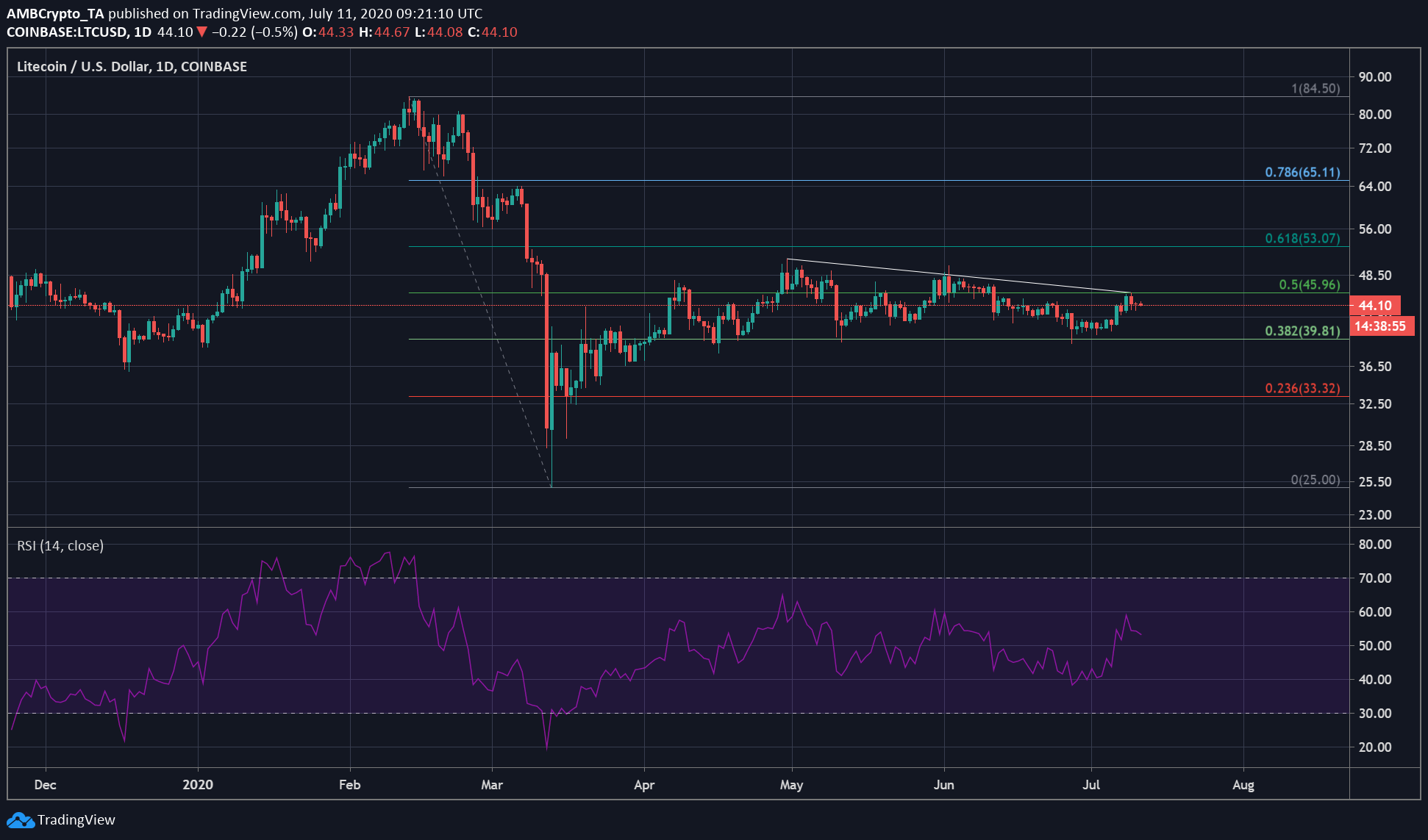 Ever since the price of LTC collapsed in March, the coin has tried to recover its lost value. However, since mid-May, Litecoin’s price has continued to move sideways. With minor spurts and dips in price, the crypto’s price gave way to the descending triangle pattern. The horizontal trend line connected a series of lows at $40.74, while a sloping trend line joined the series of lower highs.

This formation has been prevalent since April, with the same extending till June. As the descending triangle traditionally notes the breakdown of price, the LTC market may also register the value of the asset plunging.

According to the Fib retracement tool that marked the support and resistance for the coin, a breakdown could result in the value collapsing to $39.81, where the support has been noted. The coin may not see the value sink under this point as it has been acting as a strong support point previously as well. With LTC’s press time value hovering at around $44.21, strong resistance was noted at $45.96. Further, as per the Relative Strength Index, the crypto-asset has been in equilibrium, with buying and selling pressures evening each other out.

Hence, at the time of writing, it was important for LTC to hold on to $39.81, if it breaks down from the descending triangle pattern. If that happens, according to previous trends, the coin may begin recovery within a day of touching this price point.

Bitcoin and the stock market – Short it or play along?