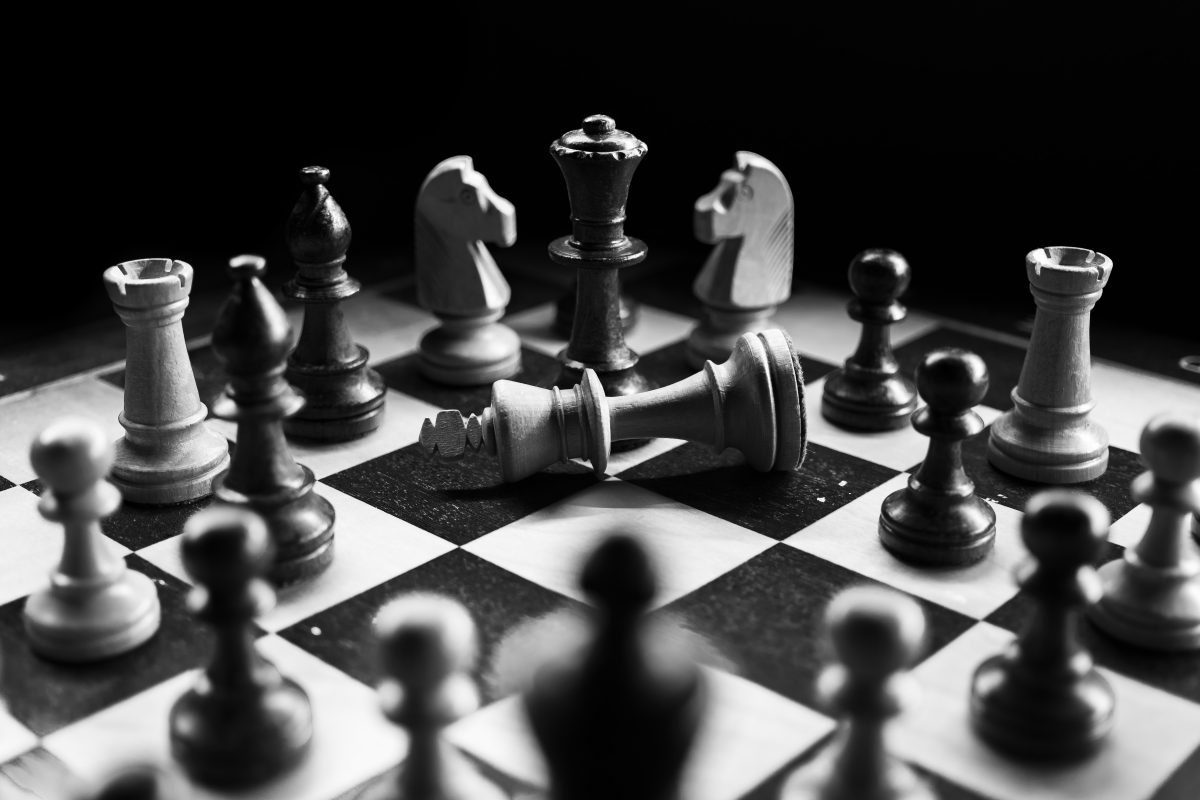 Many of the market’s altcoins recovered quickly following the crash in March, with most of them recording significant gains over the month of April. However, come the start of May, altcoins like Ethereum Classic, Litecoin, and Zcash have trended downwards. That being said, a closer look at the charts would suggest that these alts could be in for a bull rally over the next few weeks. 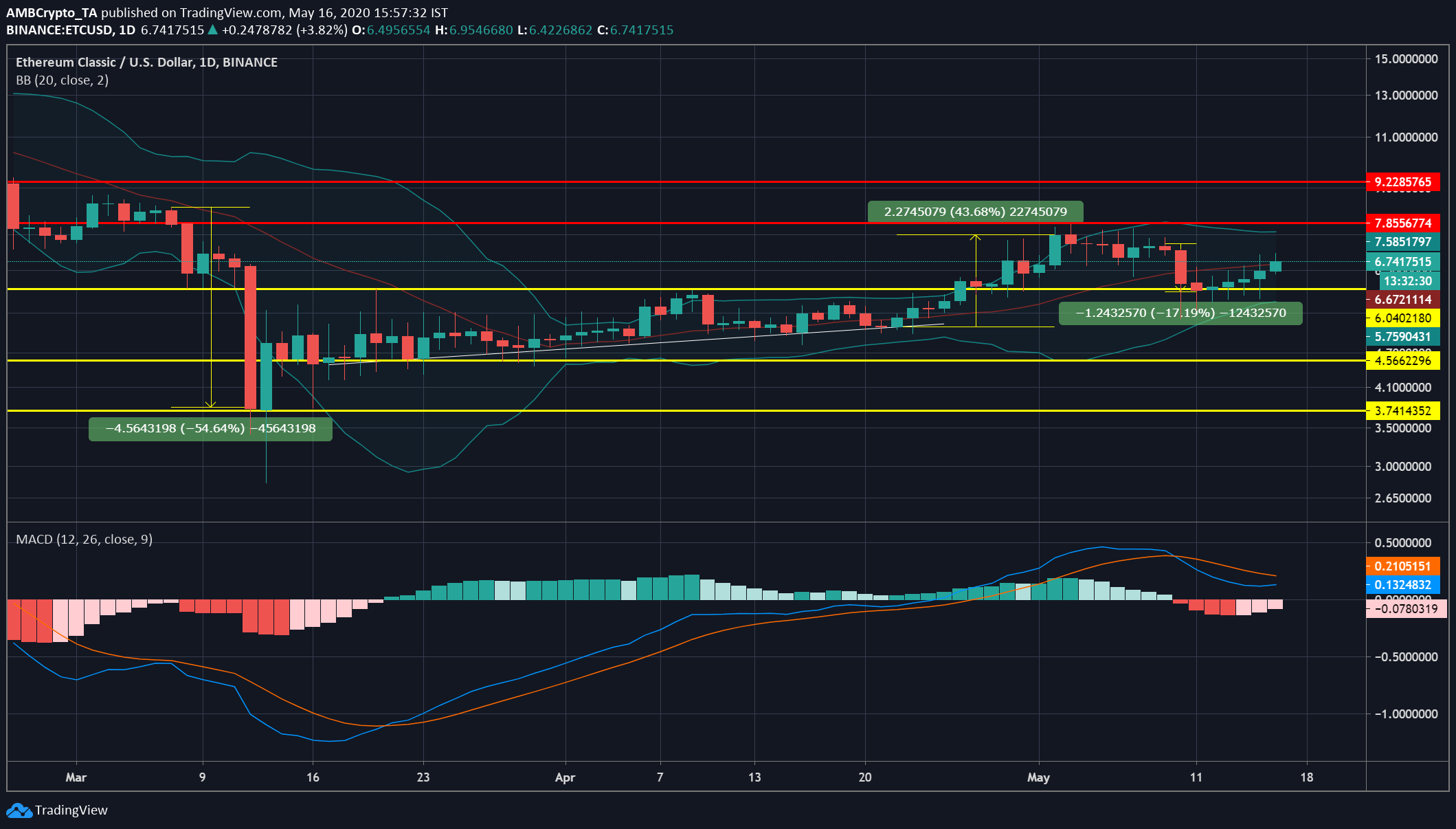 Ethereum Classic, as seen in the attached chart, had been trending downwards even before the market crash. However, following the 54% drop on the 12th of March, the coin has been doing fairly okay. Towards the end of April, the coin saw another rise worth 43%. Further, while the coin incurred a loss of 17% on 11 May, it quickly went on a bull rally.

The MACD indicator hinted at a potential bullish crossover, indicating a continuing bull run. Additionally, the widening Bollinger Bands hinted at increased volatility over the next few days.

The team and developers behind ETC recently announced a network upgrade for Ethereum, an upgrade dubbed “Phoenix,” scheduled for 3 June 2020. 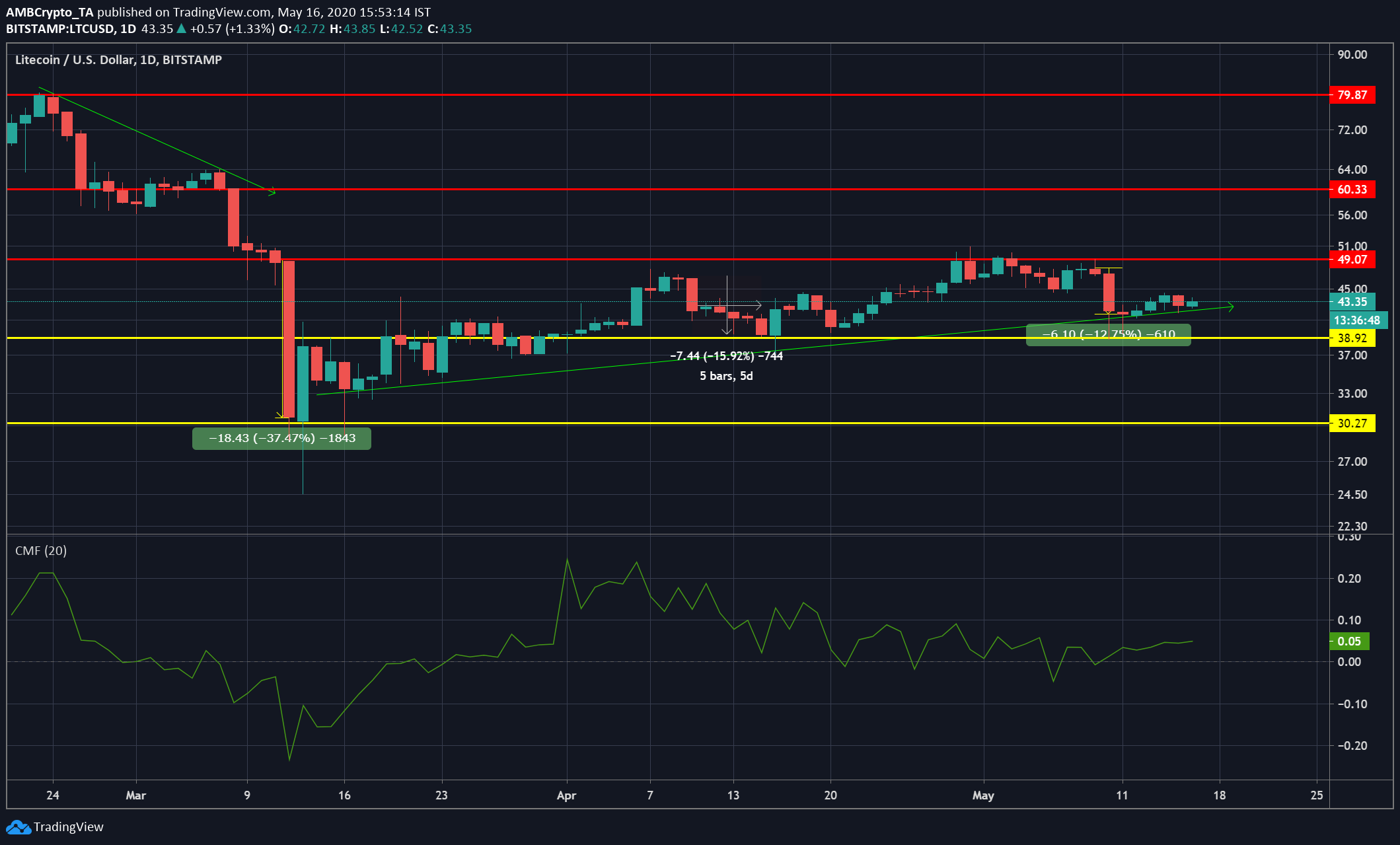 Litecoin, the 7th-largest coin on CoinMarketCap, like ETC, had been on a bearish run since mid-February. Following the 37% drop on 12 March, the coin recorded an uptrend with minor short-term breakouts.  The coin saw a rise in mid-April, however, all the gains were later lost following the 12% drop on 11 May.

However, as per the CMF indicator, the coin might soon go on a bull run, while continuing to trend upwards.

While developments for Litecoin have been slow to come by, the coin was in the news after it followed XRP in getting listed by the crypto-exchange – Luno. 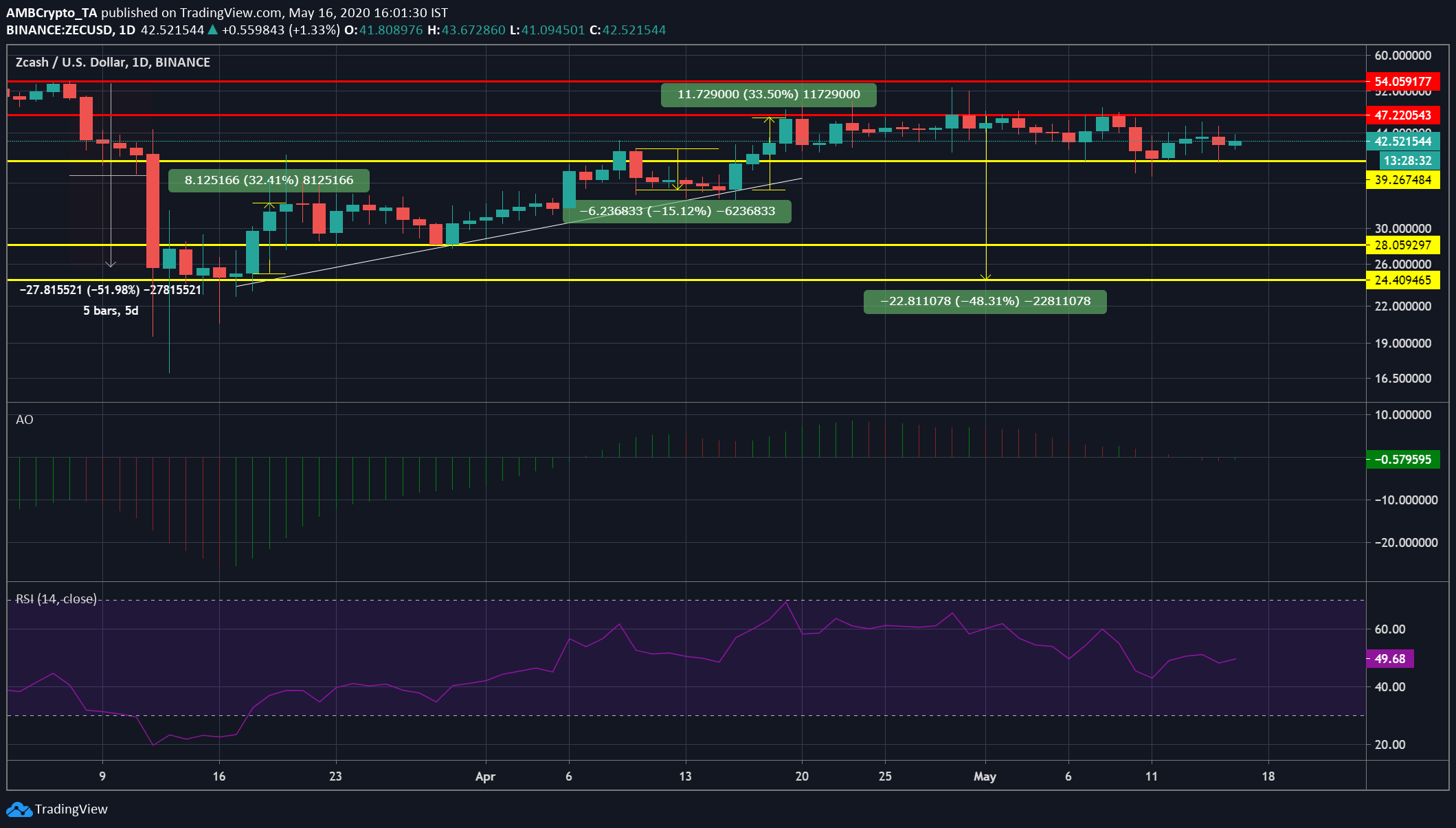 Zcash, one of the market’s leading privacy coins, was among the best-performing coins, at the time of writing. After the 32% drop in March, the coin rose up quickly and held support at $28.05. Within a week, however, it breached the resistance at $39.26.

As highlighted by the Awesome Oscillator, the coin might see a continuing uptrend moving forward. The RSI indicator, which lay at 49, indicated a potential ‘overbought’ situation in the near future.

Like Litecoin, while Zcash hasn’t had made developmental updates, Zcash’s Electric Coin Company made news after it announced an Alliance to work towards ZEC development and interoperability.

Is the CBDC race pre-empting people’s readiness to use it?