Bitcoin Dominance rose to 61.15 from yesterday’s low of 59.9 while Bitcoin saw gains and was valued at $10,850 at press time. Bitcoin’s rise in the past few days was accompanied by many major altcoins seeing red. This can be explained by traders selling their altcoin holdings to buy a surging BTC in an attempt to make quick profits. Litecoin and Dash had been stuck beneath stiff resistance and faced selling pressure. Basic Attention Token also indicated bearishness in the short-term. 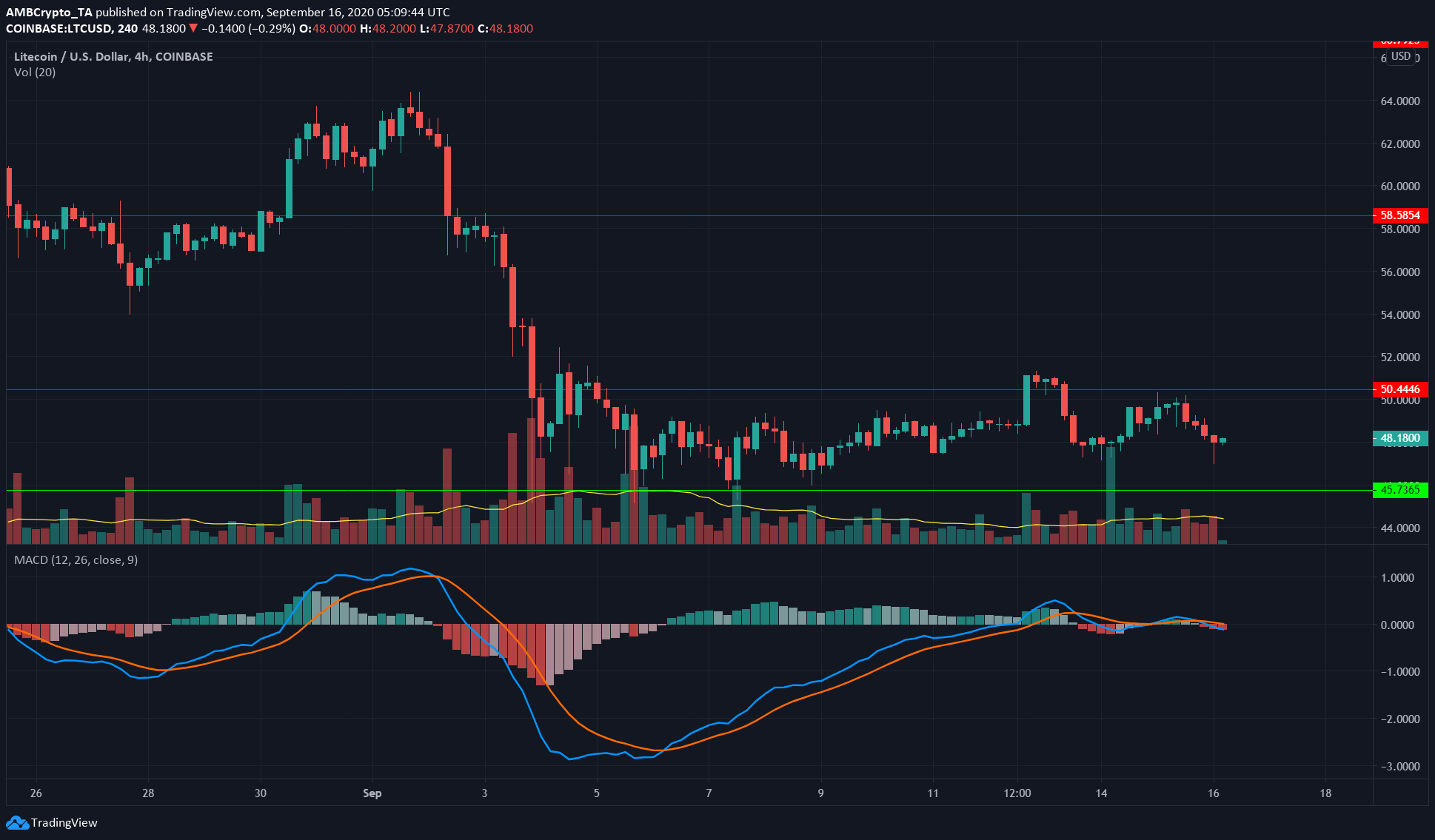 Litecoin briefly ascended past resistance at $50 region before dropping to $47. That drop was quickly bought up and the price was at $48.18 at the time of writing.

Litecoin has been unable to breach past $50 level in the past few days. LTC closing a trading session above $50 is the first step to recovery for the coin.

MACD showed a bearish crossover. The next level of support for the asset lies at $45 region.

Litecoin was in the news recently when LTC creator Charlie Lee and Stephan Vogler, CEO of German videogame developer CipSoft, announced Litebringer, an RPG that runs on top of the Litecoin blockchain. 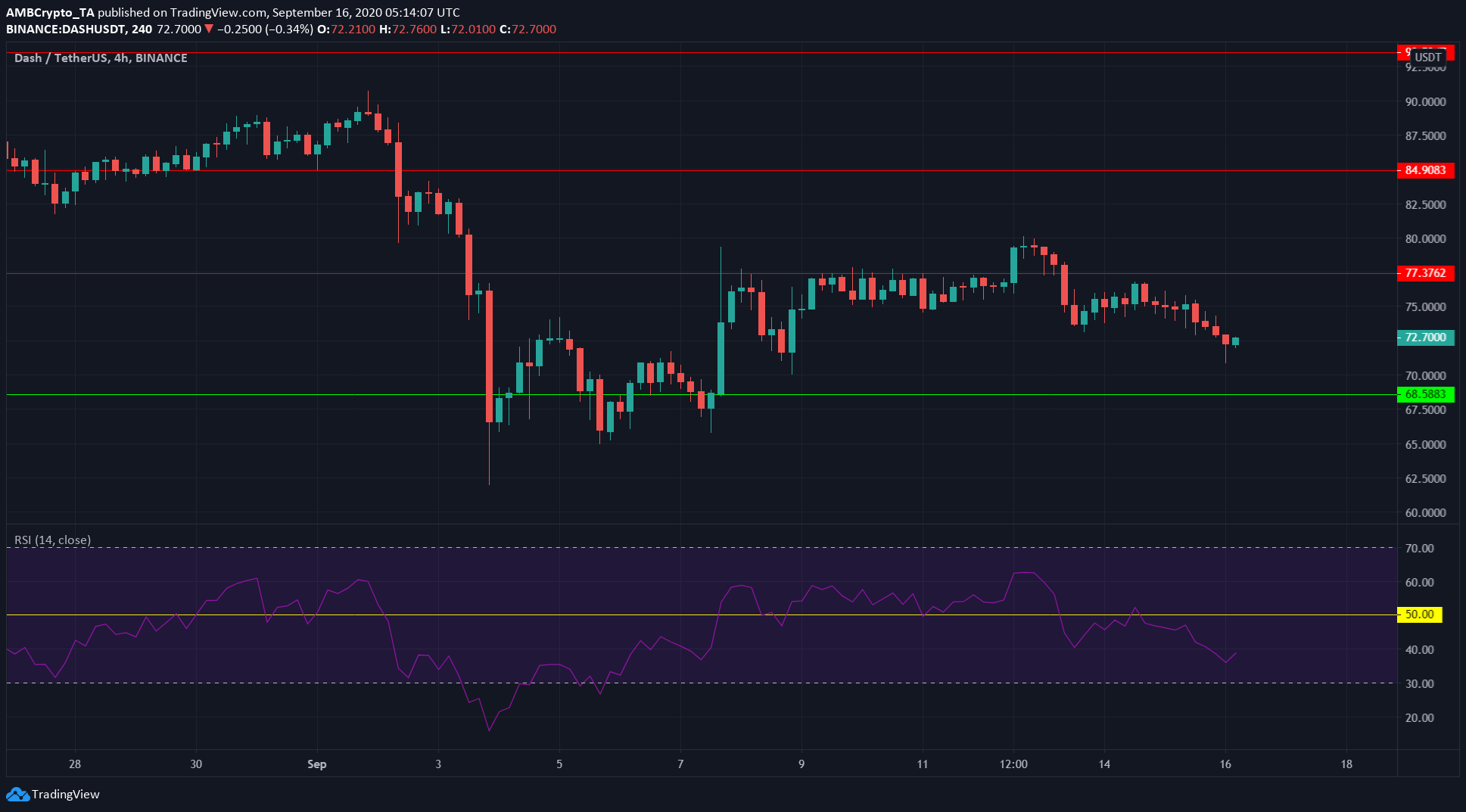 DASH failed to flip $77 level to support and registered lower highs ever since slipping beneath resistance. The market failed to flip a level of resistance it tested multiple times in quick succession. This indicated the strength of selling pressure.

RSI showed a bearish reading of 39. This showed continued bearish pressure on DASH and any bounce should be seen as an opportunity to sell in the next few trading sessions. 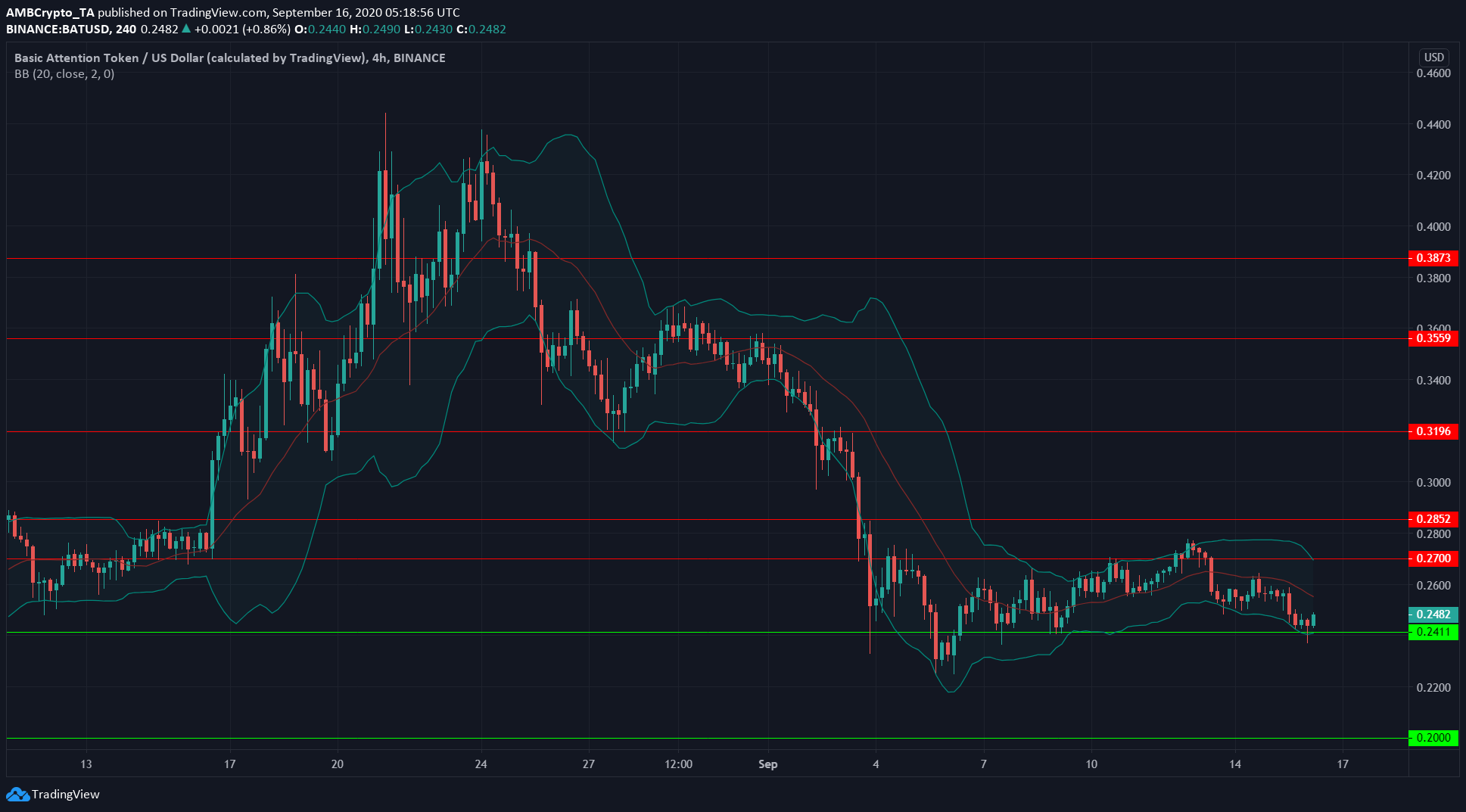 BAT tested a level of support at $0.24 and defended it for the second time this week. The mouth of the Bollinger bands expanded as volatility increased in the past few days.

BAT slipped toward the lower band, indicating bearishness in the near-term. It is likely that BAT bounces to its 20 period moving average (red) and drops once more to test support.