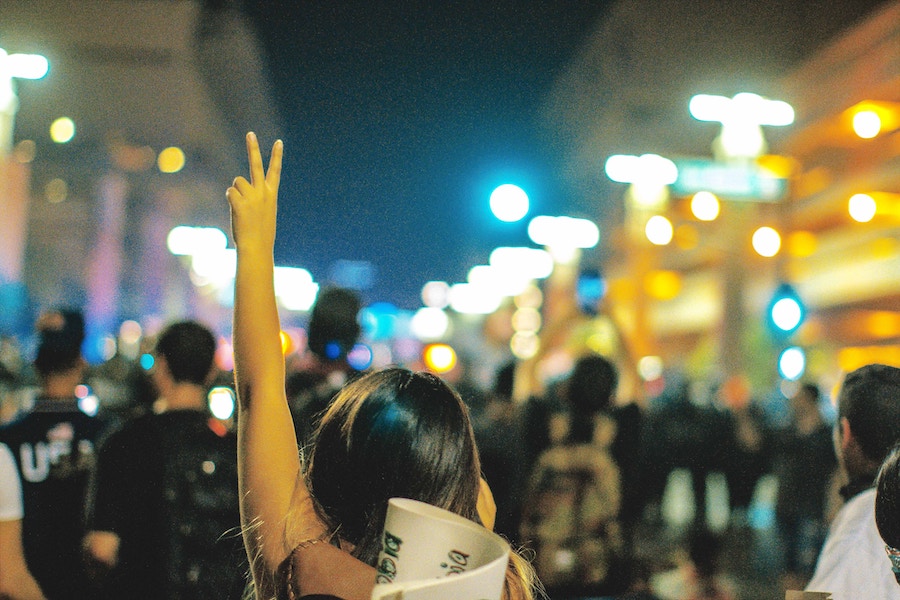 What started as a peaceful protest in Hong Kong in June over an extradition bill that would have allowed HK to detain and transfer people to mainland China took a turn for worse. The government even invoked an emergency law. While Hong Kong has been going head-on against the bill – currently suspended – the special administrative region has dived into a deep recession.

With chaos engulfing the region, cryptocurrencies have emerged as one of the key tools used to fight government surveillance, with Bitcoin gaining most traction. During the past couple of months, several businesses announced that they would be accepting top cryptocurrencies as a mode of payment for donations, which includes Pricerite, and Hong Kong Free Press.

The interview started with Laura Shin briefly explaining the purpose of HKmap.live. Kuma stated that it was a site “that supports HK protests for freedom by providing real-time crowd-sourced geolocation data of groups of polices, protesters, deployed tear gas, warning flags and more.”

Further, Shin asked the reason behind HKmap.live accepting cryptocurrencies. To which, Kuma stated that it was because of the “injustice,” further adding that Hong Kong had forced its people to “go anonymous.” The mapping site currently accepts Bitcoin, Bitcoin Cash, Ethereum, Monero, ZCash, Stellar, XRP, and Nano for donations, with the latter three being added on the user demand. Whereas the former five were added due to its mainstream use and privacy-enhancing features, said Kuma.

According to him, HKmap.live has so far raised a “couple thousand worth of US dollars,” which are mainly used to cover, hosting cost, operational cost, legal expense reserve, and other projects related to HK protests online and offline.

“Crypto’s pseudo anonymity helped to mitigate this risk, thus protecting us and our users. Many people think crypto equate evil, but I don’t think this is fair undeniably. There are terrible activity funded by Bitcoins but so do cash.”

He also emphasized on the importance of anonymity and decentralized features, which are offered by cryptocurrencies. He said,

“There are organizations fighting for a good cause out there really need the anonymity and decentralize feature cryptos offer and HK map being one of them. Funding for anti-government movements in an oppressive regime is dangerous after all legality is defined by the government […]”