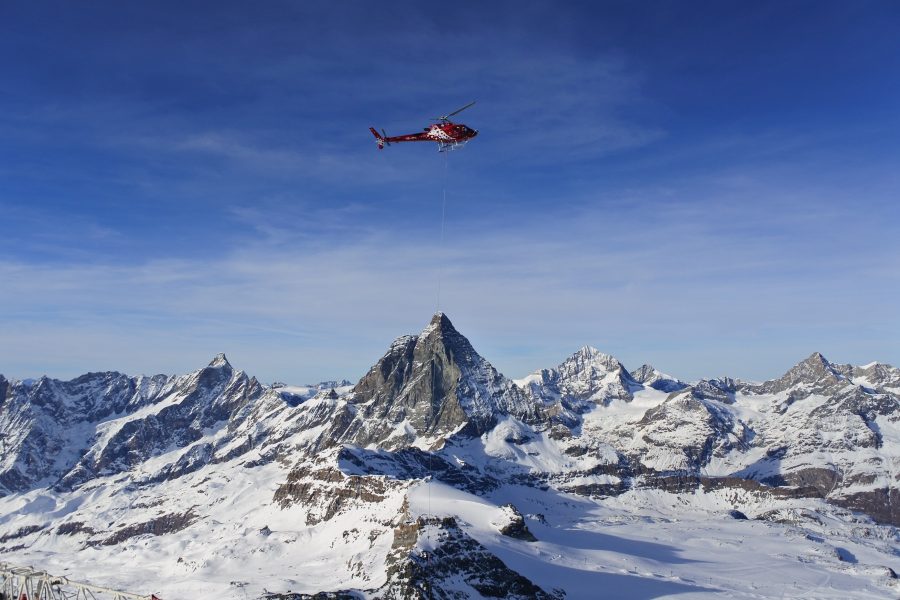 Grayscale’s Bitcoin Trust holds its mark of $2.23 billion Assets Under Management [AUM] despite a rough day for the underlying cryptocurrency. According to an update from the investment company on November 15, the day change for the Bitcoin investing product is just 1.3 percent, while the spot price dropped by over $500.

After being locked in the $8,500 – $9,000 range earlier in the week, experiencing little to no volatility, the market seemed poised for a severe movement. While the spot price held firm, Bitcoin trading volume on Future markets like Bakkt and the CME Group slumped, as traders looked for other avenues of price fluctuation.

The drop occurred as Bitcoin dropped below its short-term support placed at $8,600, resulting in a minor but relatively significant sell-off. Between 1300 – 1400 UTC on November 15, Bitcoin dropped by 2.1 percent falling below $8,500. This is the first time that Bitcoin is below this mark since the October 25 rise resulted in the king coin gaining 40 percent in less than 24-hours thanks to Xi Jinping’s positive comments about blockchain technology. 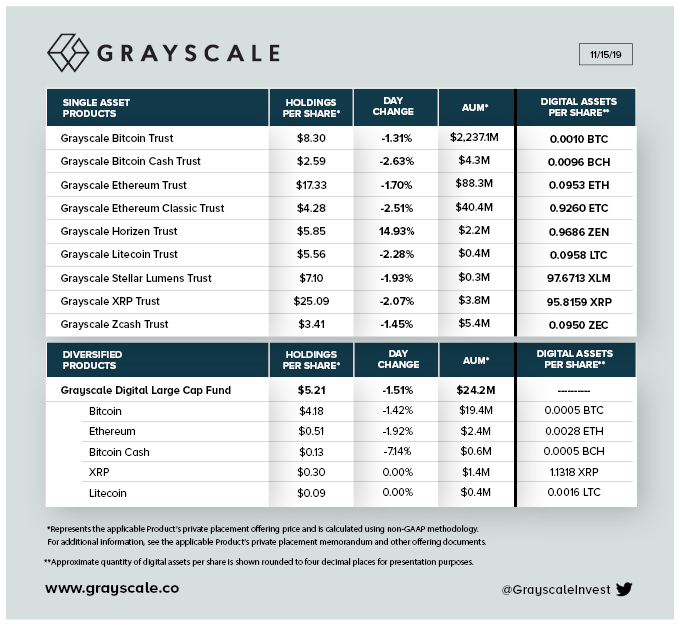 Bitcoin, interestingly, was the least devalued in terms of its corresponding trust’s daily change. While the GBT dropped by 1.31 percent, other digital currencies’ poor performance saw their investment vehicle drop further.

The hardforks – the Bitcoin Cash Trust and the Ethereum Classic Trust dropped by 2.63 percent and 2.51 percent respectively while the Litecoin trust also fell by 2.28 percent. The second highest valued asset, in terms of market capitalization, and investment weightage, Ethereum with $88.3 million AUM saw its change at a fall of 1.7 percent.

XRP, which Grayscale has previously isolated as “unlike any of its digital currency counterparts,” and even release a report covering the Ripple product, saw their trust drop by 2.07 percent. The investment company allocated just $3.8 million to the second largest altcoin’s investment vehicle while funds tracking Zcash secured $5.4 million AUM.

The biggest gainer from the list was the relatively new Grayscale Horizen Trust which was up by a whopping 14.93 percent, and its $2.2 million AUM.