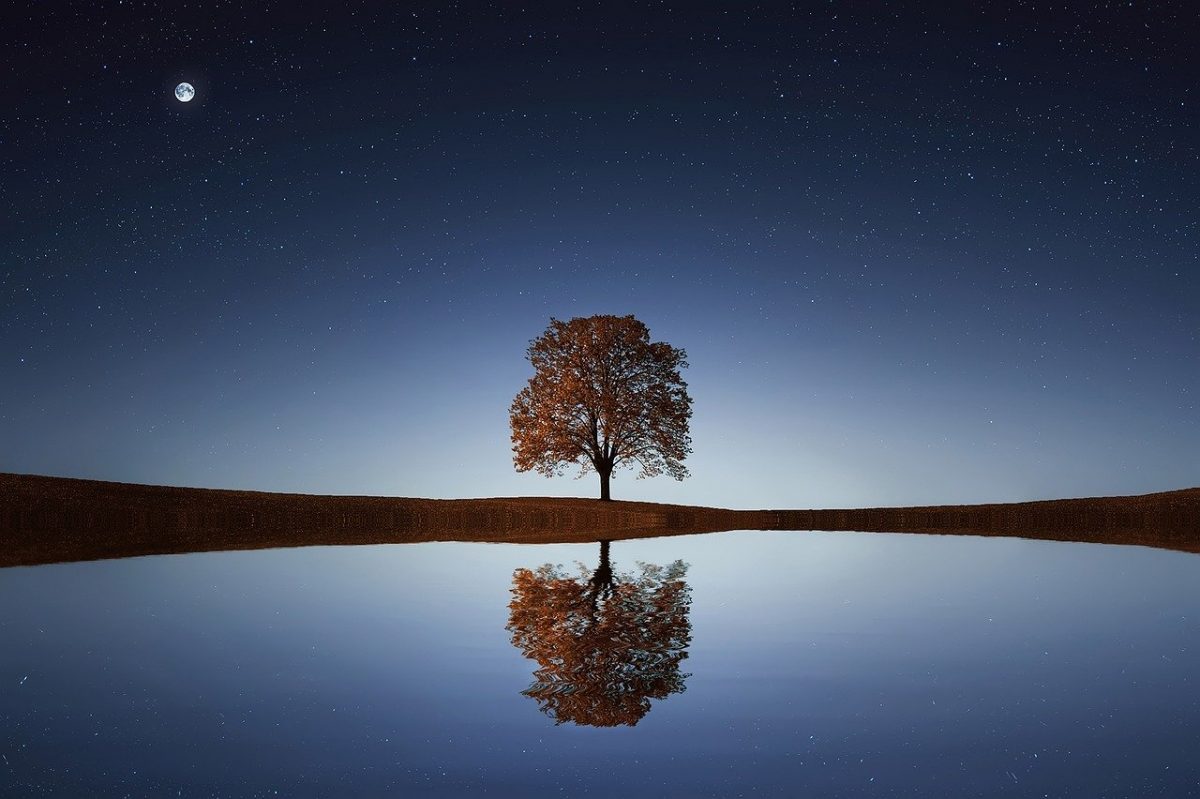 A month ago, Bitcoin was trading at over $7,500, amid a global market poised for a plummet. As market indices and commodities around the cryptocurrency were falling like flies, Bitcoin stayed afloat, until it didn’t.

The 12 March collapse took Bitcoin down to $3,800, briefly albeit, but it was still the market’s worst drop in the past 7 years. Since then, Bitcoin has climbed as high as $6,700 and fallen again; and as things stand, a low-volatility cryptocurrency is what you can expect.

According to data from Skew markets, the volatility term structure for Bitcoin, valued on the basis of Bitcoin Options pricing and expiry, suggests a volatility-less calm in the next few weeks, before a massive run come the end of May and further, given the opportune timing of the third block halving. 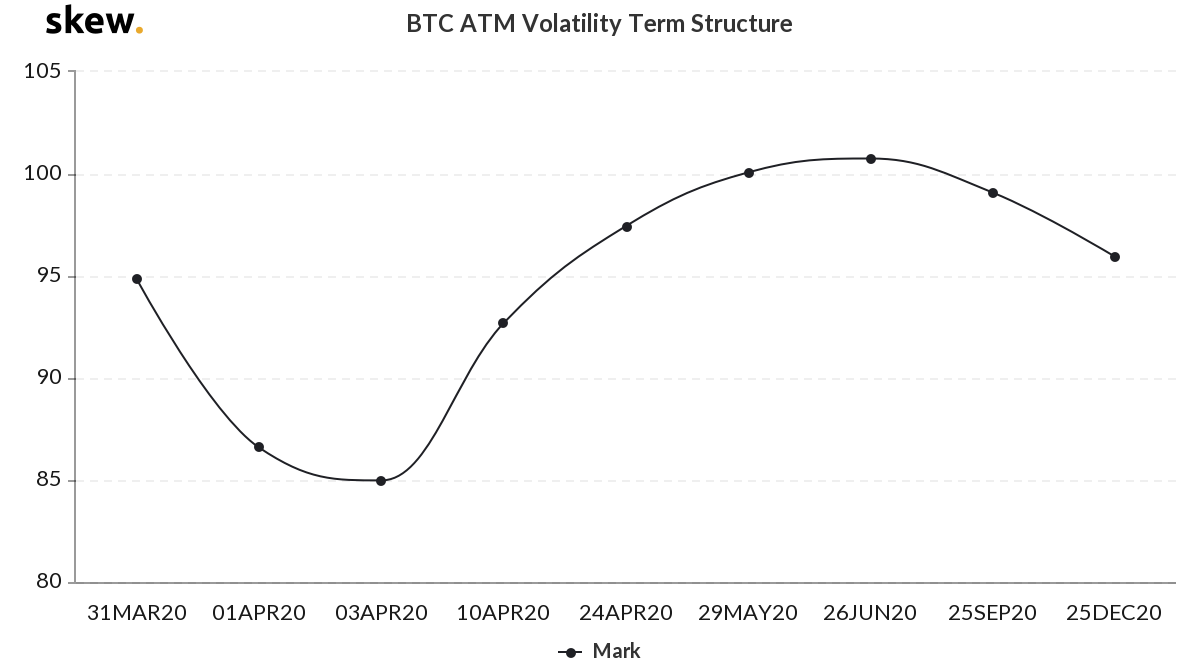 The BTC at the money volatility term structure for contracts expiring by the end of this week is considerably low and will look to increase till it peaks on 26 June. With the halving expected to occur in early-May, immediate price effects before and after will shake the market, unsure of the direction, hence the volatility skew.

Further, traders expect the after-effects of the halving to persist till the end of June, following which once the actual effects are priced in after-the-fact, the volatility will dip.

Contracts taken with an April expiry posit the price probability of Bitcoin to be at $3,000 at 94 percent, while the same contracts for June, September, and December are 87 percent, 72 percent, and 66 percent.

This trend is in line with the difference in realized and implied volatility of Bitcoin. Data from Skew shows that in the past two weeks, the historic volatility has moved over the expected volatility, implying that traders believe that the cryptocurrency will be less volatile moving forward compared to its price movements over the past few months. 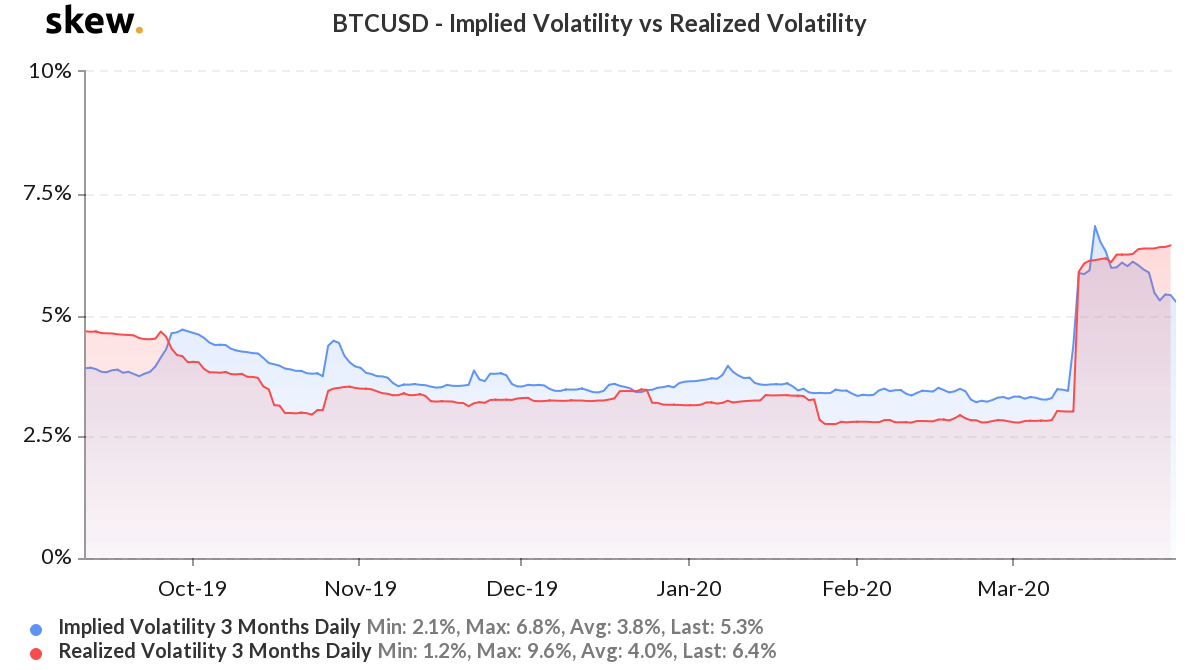 Notably, a massive move up for both metrics occurred on 12 March, demystifying rational price calculations.

Going by what traders are expecting, unlike last year when Bitcoin saw a massive jump in early April, it is unlikely that the price from now till the halving will change drastically. However, what about after the halving. Well, Selina Kyle said it best – “There’s a storm coming, Mr. Wayne.”

Related Topics:Bitcoin optionsfeaturedhalvingVolatility
Up Next

Algorand, OKB, Litecoin price: Market consolidation may be calm before the storm