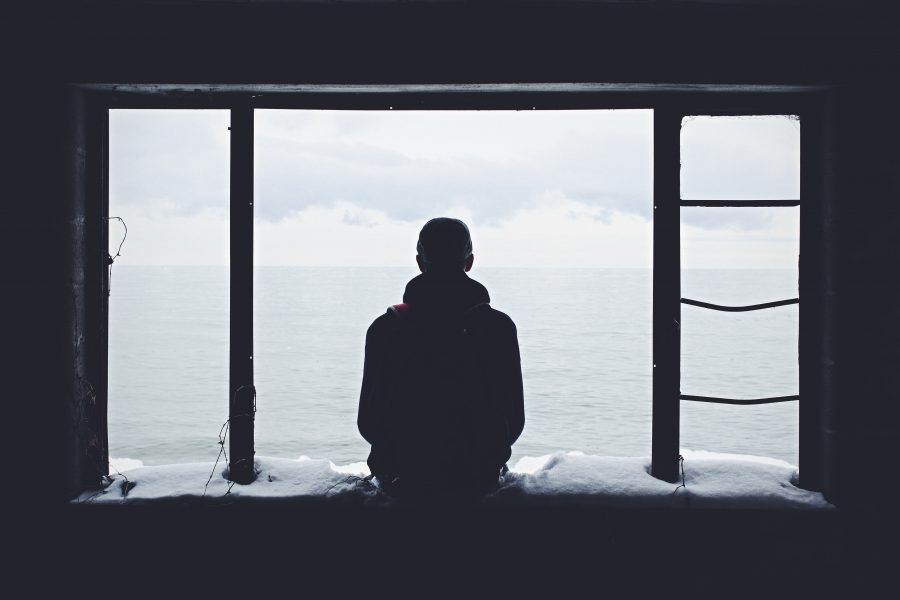 One day I’ll be famous and you’ll tell everyone you were once regulating me!

Bitcoin has had a wild ride since 2008, at the intellectual behest of Satoshi Nakamoto. From being chided as the ‘currency of the dark web,’ to be talked about, in no uncertain terms, in the halls of Congress; from being lambasted as a version of ‘fake internet money,’ to being called the future native currency of the Internet by the creator of Twitter; from being riddled by investment moguls as ‘rat poison,’ to being called ‘better than paper money,’ by a man who sends literal rockets into space.

Ask yourself, where did you think the Bitcoin market would end up if you had to chance a guess a decade ago and juxtapose it with the current state of affairs. Do your views align?

Did you really believe that the above statement would indeed turn out to be true? That Bitcoin, once used to buy pizzas, could be worth $10,000 per coin [and not just a brief pump, but a sustained trend], that the tussle of Bitcoin Vs. Gold would not quite be David Vs. Goliath, that over 5,000 Bitcoin ATMs would open worldwide, and that lawmakers the world over would actually call for sensible crypto-regulation rather than a blitzkrieg attack?

The developments of the digital assets industry have certainly perplexed many a skeptic, and by the looks of things, one outspoken skeptic will soon be eating his words, if the pace of advancement mimics the first decade.

Steven Mnuchin, the current Treasury Secretary of the U.S. has a lot on his plate. With the ongoing ‘trade war,’ resistance from China, global Finance Ministers meeting to discuss trade deals, and the internal policies of the U.S still in a gray area, he has relegated Bitcoin and the cryptocurrency market to the back of his thoughts.

A week after accusing Bitcoin of incommensurate involvement in money laundering and fearing it will become the next “Swiss Bank Account,” the Treasury Secretary has once again called out the digital assets industry. This time not in regulation, but in sentiment. In a recent interview with CNBC Squawk Box, Mnuchin “ain’t got no time,” for Bitcoin, well, at least after a decade.

Well, it seems like the Treasury Secretary is quite clearly not a fan of the digital assets industry, and won’t hodl around Bitcoin because it will not be a “priority,” for him in the next decade. However, if you were to look at Bitcoin’s meteoric rise, not just in price, but in terms of attention and appreciation, it looks like several industries have made the king coin their “priority,” if not anything else.

Regulators initially did not pay attention to Bitcoin, due to its minuscule volume and market capitalization, relegating it to the ‘fad’ of the Internet. Years after the release of the whitepaper, with Bitcoin causing an incessant fervor in the market, coupled with several rapid price movements, lawmakers did lean in.

In 2016, Senator Joe Manchin wrote to then-Treasury Secretary Jack Lew, and (then) Federal Reserve Chief Janet Yellen calling for a ban on Bitcoin due to “illegal activity” and the “inherent volatility” of the coin. Hilariously, the reply Manchin received was that the Fed could not control Bitcoin as it does not have a central authority and it operates outside the banking industry.

Several other cases maintained persistence through the years, as ageless lawmakers lambasted the cryptocurrency industry, with the only difference being, this slew of critique was widespread and not concentrated. No single time period has the cryptocurrency industry been the center of discussion for the Fed Chief, the Treasury Secretary, two prominent congressional committees and the President himself, than the past couple of weeks.

Interestingly, an important revelation could be drawn from the proceedings of these long-drawn-out hearings. During the U.S. House Financial Services Committee hearing on Libra, Representative Patrick McHenry called Bitcoin an “unstoppable force.” In his words,

“The world that Satoshi Nakamoto, author of the Bitcoin whitepaper envisioned, and others are building, is an unstoppable force.”

The congressman wasn’t done just yet, he added that this form of “innovation,” cannot and should not be halted, and those that try to “have already failed.”

On a lighter note, the halls of Congress were also privy to a world invented in the depths of Crypto-Twitter, one that would not have been uttered within 10 miles of Washington D.C. let alone Capitol Hill. The term “shitcoin” was repeated by Congressman Warren Davidson [one of the spearheads of the Token Taxonomy Act].

If that doesn’t tell you how far the cryptocurrency industry has come in the past decade, nothing will.

As they say, the media is fickle, with the Bitcoin market, that saying is even more pronounced. Initially, much like the regulatory class, mainstream media sidelined the cryptocurrency industry, relegating the news cycle to the mullings of the social media sites and the Bitcoin talk forums.

Top news agencies like Reuters and Bloomberg were slow to jump onto the cryptocurrency train, and others more adherent to the traditional financial markets even lambasted Bitcoin. One of the most popular financial news shows CNBC’s Mad Money saw its host the outspoken Jim Cramer call out Bitcoin as “monopoly money,” and likened any form of investing in the same as “pure gambling,” back in 2017.

He added that the value of Bitcoin is merely a matter of perception, and the reason the value has gone up was “because people think it’s valuable.” He even compared Bitcoin Futures launched by the CBOE and the CME to the Dutch tulip bubble of the 1600s.

“For every asset bubble, it’s the same story; otherwise level-headed people drive prices for a certain asset to unexplainable highs, whether that’s the price of beanie babies, stocks, houses, or perhaps cryptocurrency,” the narrator stated.”

On the flip side, CNBC now airs regular clips not only discussing Bitcoin but even praising it. The financial media house’s segment titled Squawk Box, spearheaded by Joe Kernen has certainly got the community fired up.

During the coverage of Libra, Kernen contended that the Facebook crypto project was indeed ‘not a cryptocurrency,’ as it was centralized and based on the dollar. He even pushed the Treasury Secretary on the question of Bitcoin and money laundering, leveling that fiat currency like the dollar has ‘always been used for nefarious activities.’

“There’s been a lot of nefarious activities historically, and it has never involved Bitcoin. So, its obviously been pretty successfully done with cash.”

But seriously, Kernen even referred to himself as a “Bitcoin bull,” knows the definition of a ‘decentralized currency,’ and has even gone head to head with a senior member of the US administration on Bitcoin versus Fiat.

CNBC and the larger mainstream media have come a long way from calling it “monopoly money.”

Initially, banks and their executives lambasted the industry, immediately dismissing it as something that could never compare to the stock market, to eventually embracing its core ideals.

JP Morgan, whose CEO Jamie Dimon said Bitcoin is the “biggest bubble in our lifetimes,” eventually introduced their own internal digital payments tool, the JPM Coin in February 2019. Facebook, hid their ‘GlobalCoin,’ project from the world and now stands at the pinnacle of crypto-innovation and regulation with their Libra project.

On the trading front, institutions like Fidelity with Fidelity Digital Assets will roll out Bitcoin trading, while TD Ameritrade is also looking to do the same. Goldman Sachs was close to launching a crypto-dedicated trading desk last year and recently mentioned that a JPM-Coin-esque cryptocurrency could be unveiled, although nothing is confirmed by the investment bank.

David Solomon, the CEO of Goldman Sachs stated in an interview,

“Assume that all major financial institutions around the world are looking at the potential of tokenization, stablecoins and frictionless payments.”

The institutional flip-flop on Bitcoin trading, the implementation of a digital assets-like payments system and certainly the implementation of blockchain technology is evident for the world to see, and this is all in the past few years. One can only imagine what new forms of development, innovation, and adoption the industry will enjoy from the institutional front in the next decade.

So, there you have it Treasury Secretary: three pillars of modern democratic society have certainly flipped their opinions on Bitcoin. The price is holding in a positive range, adoption is in full swing, mainstream media has Bitcoin bulls among its ranks, and institutions are taking a shine to crypto-trading.

Whether you like it or not, Steven Mnuchin, you have not heard the last of Bitcoin.