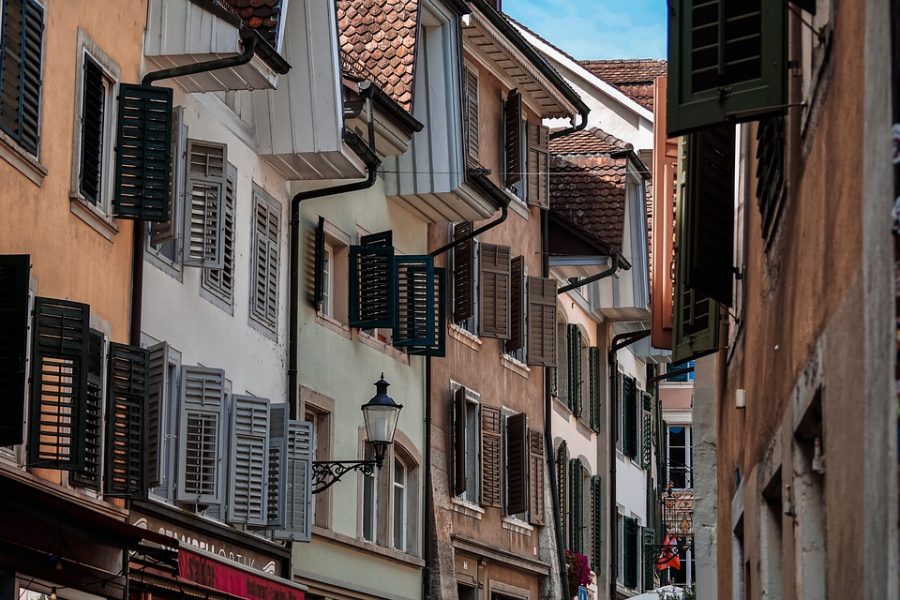 Recently, social media giant Facebook announced its entry to the crypto-industry with its native currency, Libra. Despite its massive user base and financially stable establishment, the social media platform hasn’t been lying on a bed of roses however, as the SEC has been questioning every move made by Facebook.

Recently, The Verge revealed a leaked audio recording from a private Facebook meeting, where Mark Zuckerberg elaborated on the basic intent behind launching Libra, along with the obligations that come with it. He suggested that Facebook aims at introducing a new kind of globally available and stable digital money. The social media platform expects 100 or more companies to be a part of it by the time of its launch, he added.

However, this report was followed by the Wall Street Journal reporting that prominent companies like Visa and Mastercard, that had extended their support to Libra, were now rethinking their involvement with the social media giant for its crypto-venture, citing the regulatory obligations that have been placed on the platform.

Furthermore, Zuckerberg highlighted how the social media giant is looking forward to taking a “consultative approach” as the monetary sector is a “heavily regulated space.” The company intends to meet “socially important aspects of society,” he added. However, Zuckerberg laid out a comparison between public and private hearings, highlighting how public hearings “tend to be a little more dramatic” than the private ones. He also pointed out that private meetings with regulators were “more substantive and less dramatic.”

The SEC and the several other regulators in the world are taking precautions to prevent issues such as money laundering and terrorist financing and Zuckerberg commented on the same. He said,

“There are a lot of requirements on knowing who your customers are. We already focus a lot on real identity, across especially Facebook, so there’s even more that we need to do in order to have this kind of a product.”

Additionally, members of the Libra Association are scheduled to meet in Washington D.C. this Thursday and the reason behind the meeting is still unclear.

The man leading the blockchain project of Facebook, David Marcus, however, took to Twitter and asserted his position on the Wall Street Journal article. His tweets read, 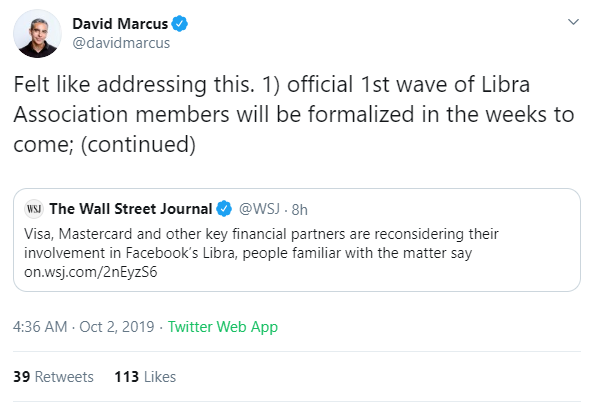 This was followed by another tweet elaborating on the same, wherein he implied that the project was in need of committed members. He wrote,

“Change of this magnitude is hard and requires courage + it will be a long journey. For Libra to succeed it needs committed members, and while I have no knowledge of specific organizations plans to not step up, commitment to the mission is more important than anything else.”

He further revealed how the article suggested that the social media platform barely shared information on how to protect Libra or the network against illicit activities. Marcus called this claim “categorically untrue [worth calling BS].”

In his last tweet, Marcus pointed out that the tone of the article depicted “angst,” with his final tweet reading,

“I can tell you that we’re very calmly, and confidently working through the legitimate concerns that Libra has raised by bringing conversations about the value of digital currencies to the forefront.”