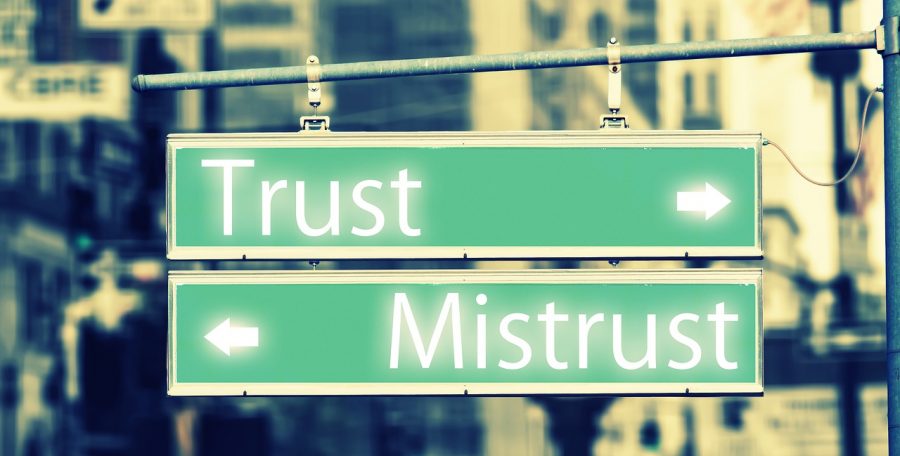 The world of cryptocurrencies has been opening up for the benefit of the common man, making people financially independent within a decentralized system. However, not everyone is trusting of tech companies who are trying to propagate the use of cryptocurrencies.

According to a recent research report published by OMFIF [Official Monetary and Financial Institutions Forum], people prefer central banks as an issuer of digital currency, as opposed to tech giants like Facebook. The report cited a survey conducted by Ipsos MORI and included a sample size of 13,000 participants from around the world. It stated,

“Central banks have the highest trust rating of all the monetary service providers considered in this survey, as shown by the share of respondents expressing outright trust in them. Payments service providers (companies such as PayPal) are the runners-up, followed by commercial banks, credit card companies and major technology companies such as search engines and social media firms.” 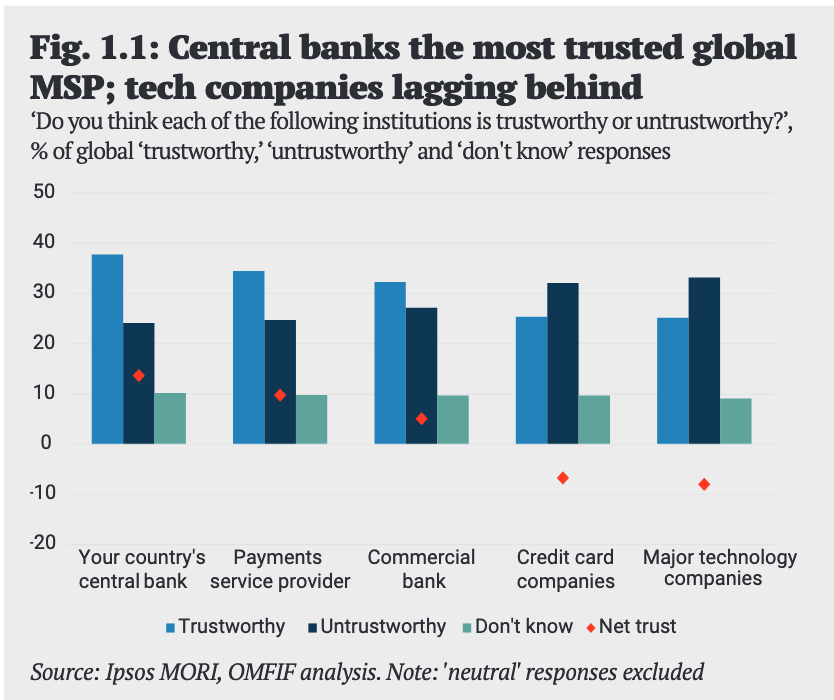 Facebook introduced its cryptocurrency project Libra in 2019, a project that was aimed at helping the unbanked. However, it had to halt its project and answer to world regulators after a host of issues rose to the surface. And while Facebook’s vision for Libra might have stemmed from its large user base, the survey pointed out that when it comes to money, people trusted central banks more. As central banks continued to record high trust scores with the public, tech companies noted the least trust percentage with 37%.

“Respondents globally expressed a lack of confidence in digital money issued by a tech or credit card company, particularly respondents from advanced economies.”

Libra’s scrutiny by regulators has encouraged many countries to look towards the novel idea of a centrally backed digital currency [CBDC]. China has made several announcements regarding its own digital currency, a project that is scheduled to launch in 2020. Following China’s footsteps in a more competitive fashion, Japan has also suggested a collaboration with Thailand to launch a shared digital currency.

Can Bitcoin fork holders benefit from corporate actions like forking?

Bitcoin’s move above 200 MA may be key bullish sign