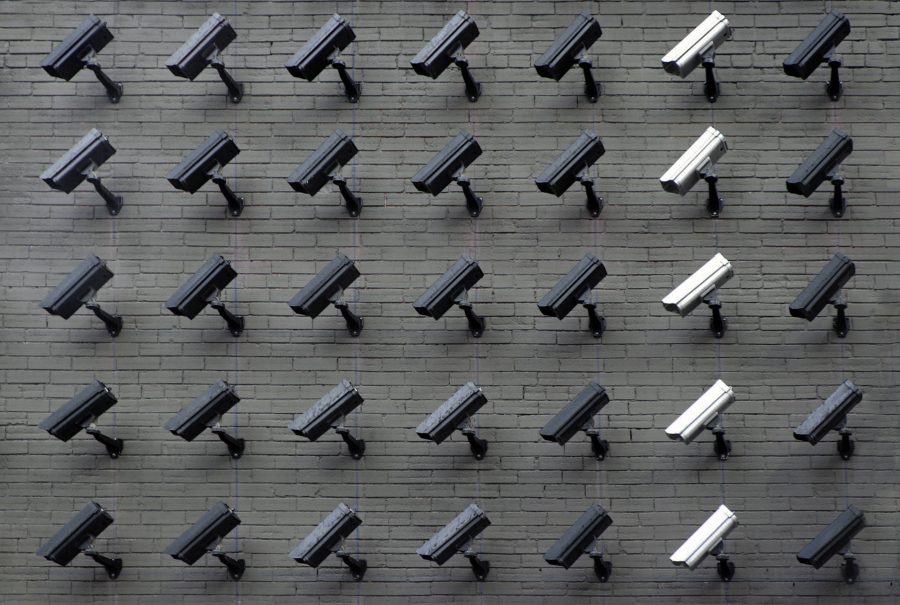 Libra has a “love to hate it” problem. Facebook’s cryptocurrency foray, if you can call it that, has been called a lot of names. It has been banned in two European countries, called a national security threat by the United States, hailed as the death knell for the dollarization of the world by the BoE Chief, been positioned as the ‘guardian of the Free World,’ and it hasn’t even launched yet.

Since its official unveiling in June 2019, everyone, and I mean everyone, has come out against it. Regulators have likened it to a tool for money laundering, financial terrorism, data leakages, while cryptocurrency proponents called it out for being a “centralized crypto” and a “dollar in disguise,” while economists are concerned about its effect on weaker economies.

If one were to step back and look at the crux of concerns surrounding these accusations, baseless or not, the problem lies at the very core of Libra’s functioning.

No, I’m not referring to the company spearheading Libra. It’s fair to say that Facebook’s looming shadow on Libra has not served the former any good. Since its disastrous 2018 which was riddled with privacy concerns owing to the infamous Cambridge Analytica escapade, Facebook immediately turning around from that and basically saying “Can I have all your money,” has not served them any good.

Despite Facebook quite over-zealously emphasizing their hold, or lack thereof, on Libra’s inner workings, stating that their role in the Geneva-based Libra Association is “equal” to that of the other 28 members, regulators are not convinced. Facebook’s privacy debacle is not forgotten, and regulators are understandably concerned about handing over the reigns of the digital payments world to a multi-billion dollar social media giant.

The mere presence of Facebook is not the sole concern, although it can be. However, the centre of the Libra issue is with one of the three prongs of the Libra model, their Reserve. According to their whitepaper, Libra will see the backing of a combination of sovereign currencies and government deposits,

“It [Libra] will be backed by a collection of low-volatility assets, such as bank deposits and short-term government securities in currencies from stable and reputable central banks.”

Further reading of the whitepaper states that the Association comprising of private companies like PayPal, Coinbase, Visa, and Mastercard, among others, will have the power to “change the composition of the reserve basket.” This means that the Association can change fiat currencies in the Reserve proportion by “minting” or “burning” the corresponding Libra tokens, as was attested to in the whitepaper.

Regulators, citing this very “flexible” reserve, have been up in arms against Libra. Facebook’s ability to control the demand of the reserve fiat currencies, coupled with the huge retail market they aim to launch in, can lead to the remaining fiat currencies going stale. This “Libraisation” as David Gerard, the author of the Attack of the 50 Foot Blockchain puts it, can lead to major economies being upended due to a consortium of private companies. Hence, the agitation and in some cases, the outright ban on Libra.

David Marcus, the face of the Facebook digital currency project, has maintained to regulators the world over that “oversight” is paramount. He however, denies that Libra will replace or intrude on the use of sovereign currencies, but is willing to delay the launch of Libra to address the concerns of authorities.

In this global outrage surrounding Libra and their executives’ fairly lazy approach to tackle the main issue at hand, the flexible reserve, regulators are rightly worried. To offset these concerns, the Association’s closely knit companies and lack of public organisation only adds more suspicion. The absence of a public banking institution that plies its trade on fiat currencies also looks rather unusual, especially given the fact that this project is about digital payments.

Facebook and Libra executives have also stated that their goals are less corporate and more noble and philosophical. Marucs called Libra the shining light for the world’s democracies, in light of China’s digital yuan, while Perez, speaking before a United Nations Blockchain event, stated that Libra can help achieve UN Sustainable Development Goals [SDGs] like gender equality and the eradication of poverty.

Now, to balance out the concerns of the regulators with the seemingly pure goals of the corporate companies of the Libra Association, the two battling entities should find a middle ground. This middle ground or uniting entity should be one that can comply with the regulators’ wish of preventing monetary policy manipulation by Facebook and the consortium willingly changing the Libra Reserve, while balancing out the goals stated in the whitepaper for Libra to be the “simple global currency and financial infrastructure that empowers billions of people.”

The concerns surrounding Libra are valid. How can regulators approve a digital currency that will fluctuate in value and will in turn, cause a ripple effect in fiat currencies’ supply and demand. Marcus and Libra have maintained that this will not be the case, while calling for “regulatory oversight.” Based on this two-wayed conundrum, there seems to be only one solution – the inclusion of a body that can oversee one thing and one thing only, the Libra Reserve.

If the control of the reserve, unchecked, is left with the 29-member Association, regulators will panic and will mount even more restrictions on the digital currency project. On the other hand, if regulators jump into the project head first, Libra would be no more than a global Central Bank(s) Digital Currency [GCBDC] on a digital platform with several retail players in the mix, a fate that countries want independently to exert their own control on and one that Facebook and its ilk don’t want at all as it will dampen its own control.

A third party auditor will allow the Reserve to be balanced so that it does not allow for any external political or economic fluctuation to alter the value of a single Libra, according to the whitepaper, while making sure the Reserve is not poked and prodded by the Association for their own private gain.

Libra’s claims as a system of payment can be seen via the three core objectives of what can be classified as money – Medium of Exchange [MoE], Store of Value [SoV], and a Unit of Measure [UoM]. Ignoring the third, the first two have created fault lines within the cryptocurrency community and now aim to disrupt the Libra system as well.

The function of Libra as a “store of value” is also important from an audit requirement perspective, said Carlos Abadi, Managing Director at New York-based Decision Boundaries, when he spoke to AMBCrypto. The SoV claim is evidently heightened by Libra’s Reserve, which does mimic several financial products in the market which have a external financial watchdog overseeing it. Abadi added,

“Therefore, by definition, Libra’s store of value function derives from it being, under the [Securities Exchange] 1934 Act, an open-ended mutual fund.”

He likened Libra being subjected to the 1934 Act based on three points. Firstly, Libra holds a “portfolio” which is the Libra Reserve, made up of a select group of government currencies and short term deposits. Secondly, each unit of the “Libra token” will represent a “proportionate ownership interest in the Reserve.” Thirdly, the Association has the sole power to issue [mint] or redeem [burn] any amount of Libra tokens, something which will affect the demand for the digital currency.

Basing his argument on the aforementioned points which qualifies Libra to be subject of the 1934 Securities Act, Abadi also told AMBCrypto that Libra is more of a “mutual fund.” He added,

“All mutual funds are required by law and regulation to have an external auditor whose function is to ascertain the fund’s net asset value (NAV).”

In this case, the NAV of Libra will be based on the face value of the bonds, the market value of the bonds in their “currency of denomination,” and the exchange rate of the bonds, stated the Managing Director. The claim that Libra is a “cryptocurrency” and hence, is not subjected to such laws does not hold. In fact, even cryptocurrency proponents are not calling Libra to be considered a “cryptocurrency,” more so a private retail token. Hence, the crypto-classification will not help Libra escape the “open-end mutual fund characterization” and hence, should be subject to “mutual fund treatment” within the United States at least. Abadi added,

“Both by law and by regulation, the Reserve will be required to be externally audited.”

The Libra Association will be understandably frustrated under the purview of a sovereign auditing body like the SEC in the US. Hence, it might stick to the private route. Opting for an alternate route, Libra can include a private auditing company to oversee its reserve. To opt for a crypto-specific firm, or one that dabbles in more than just digital currencies is the question here.

While audit stalwarts like Ernst & Young [E&Y] and Pricewaterhouse Coopers [PwC] have dabbled in cryptocurrency in the past, with the former launching a cryptocurrency reporting tool Ernst & Young CAAT and being the “monitor” assigned by the Nova Scotia Supreme Court of Justice to oversee the QuadrigaCX exchange case earlier this year, their cryptocurrency wing is often overshadowed by the Blockchain arm.

On the other hand, crypto-dedicated research companies are not faring well either. Sidharth Sogani, Founder and CEO of Crebaco Global, a blockchain-focused research company, told AMBCryoto that while Libra “can appoint a third party auditor to keep a track of the funds in the reserve,” this does not imply “regulatory compliance.” He added,

“The problem is that the third party auditors existing in the Crypto Industry are not good enough! The technology for auditing such things must evolve first. We must understand that Libra is ‘Centralised’ and Bitcoin is ‘Decentralised’ Centralised systems need audit, but decentralised systems don’t require an audit! Its open to all.”

From whichever way you approach Libra, whether it be as an investment vehicle, as a retail payments option, or simply as a hedge against currency fluctuations, the Libra Reserve will be at the crux of the digital payments battle. Lawmakers will aim to regulate it to the point it comes directly under the coffers of Washington D.C., London or Belgium, while Facebook and its consortium will want it to be free from regulatory shackles and completely left to the whim of Menlo Park, or rather Geneva.

Whatever the case for an external overseeing body, whether by a private auditor forced on the Association via its definition as a “fund,” or a private auditing body appointed by one or both of the parties, the Reserve cannot be left unchecked, either by Facebook or by the regulators of the world.

Bitcoin is a settlement layer and not a payments layer, claims Blockstream’s Samson Mow