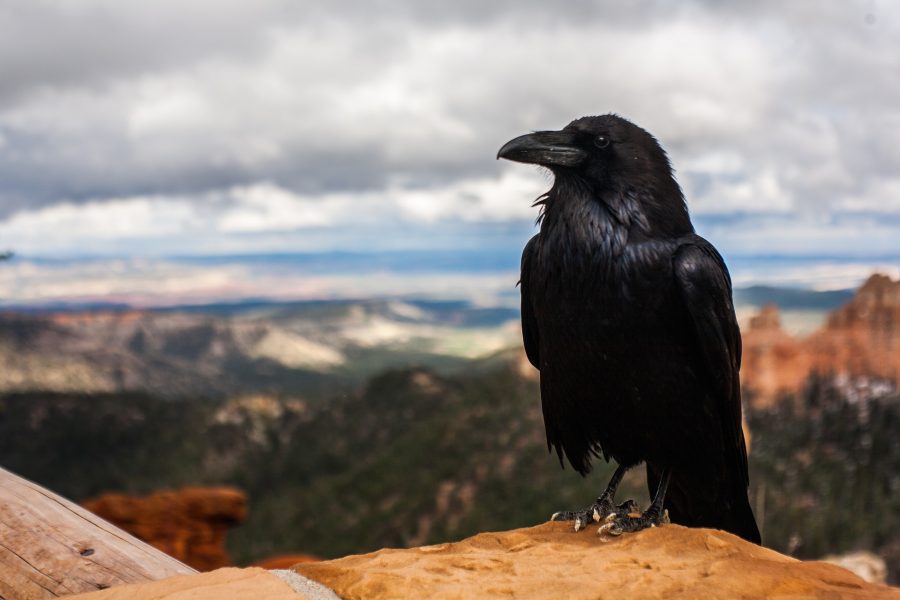 After a relatively bullish September, Ethereum surrendered to a bearish assault towards the end of the month, with the 2nd largest cryptocurrency struggling to break the $200 mark again.

On 24 September, along with Bitcoin, Ethereum recorded a drop of over 22 percent. This drop saw the coin’s valuation plummet down to $153.46. Over the last two weeks, the altcoin has exhibited some form of recovery to attain its current valuation of $184.11. However, patterns suggest that the bears are still around to impact Ethereum’s price in the long-term. 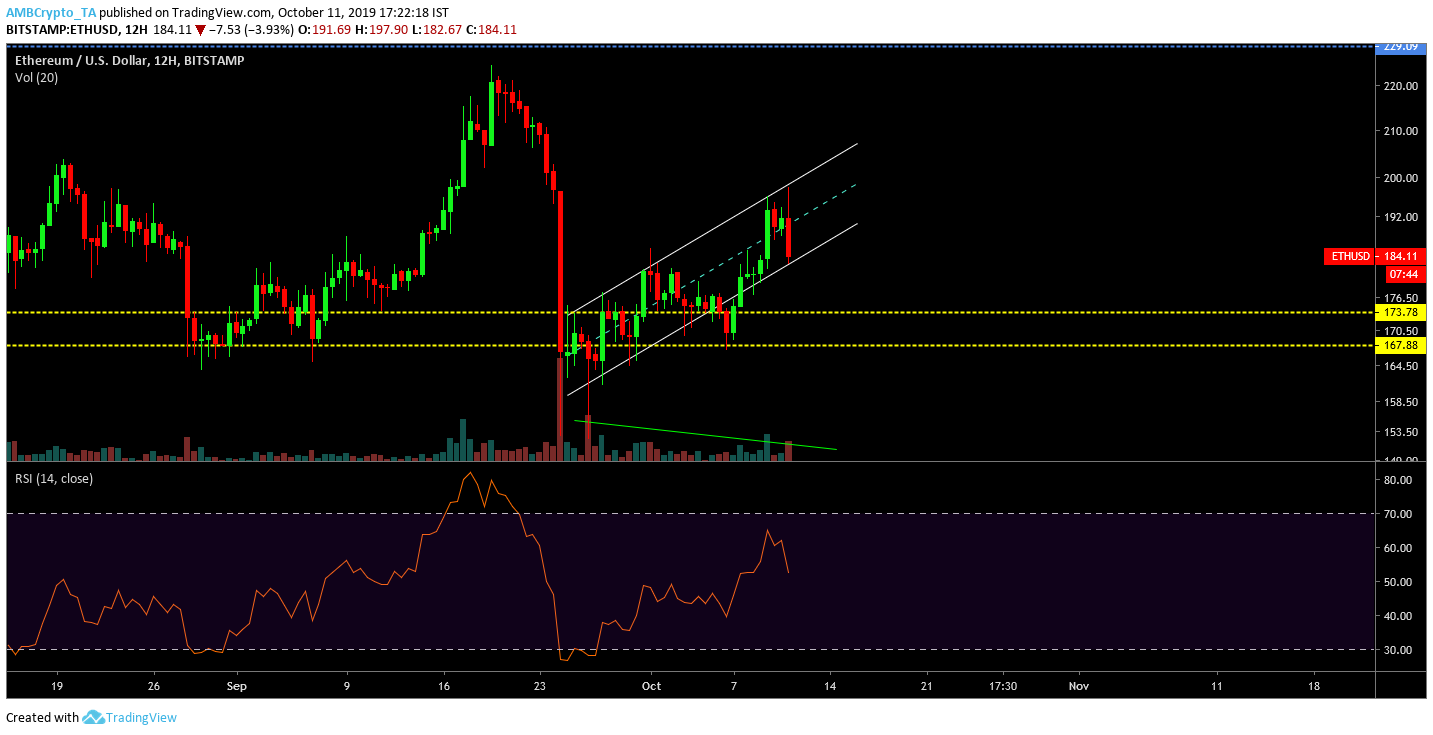 The 12-hour chart for Ethereum suggested steady growth since 24 September. However, ETH’s price movement exhibited an ascending channel with consistent higher highs forming within the trend lines. The pattern was indicative of an impending bearish pullback over the next few days. In the event of a breakout, the immediate support for ETH was placed at $173.78, followed by support at $167.88. The trade volume in the same period also declined, indicating the confirmation of a bearish diversion.

The Relative Strength Index for Ethereum was bullish for a while, but at press time, the selling pressure had the upper hand, implying that the investors were leaving the market. 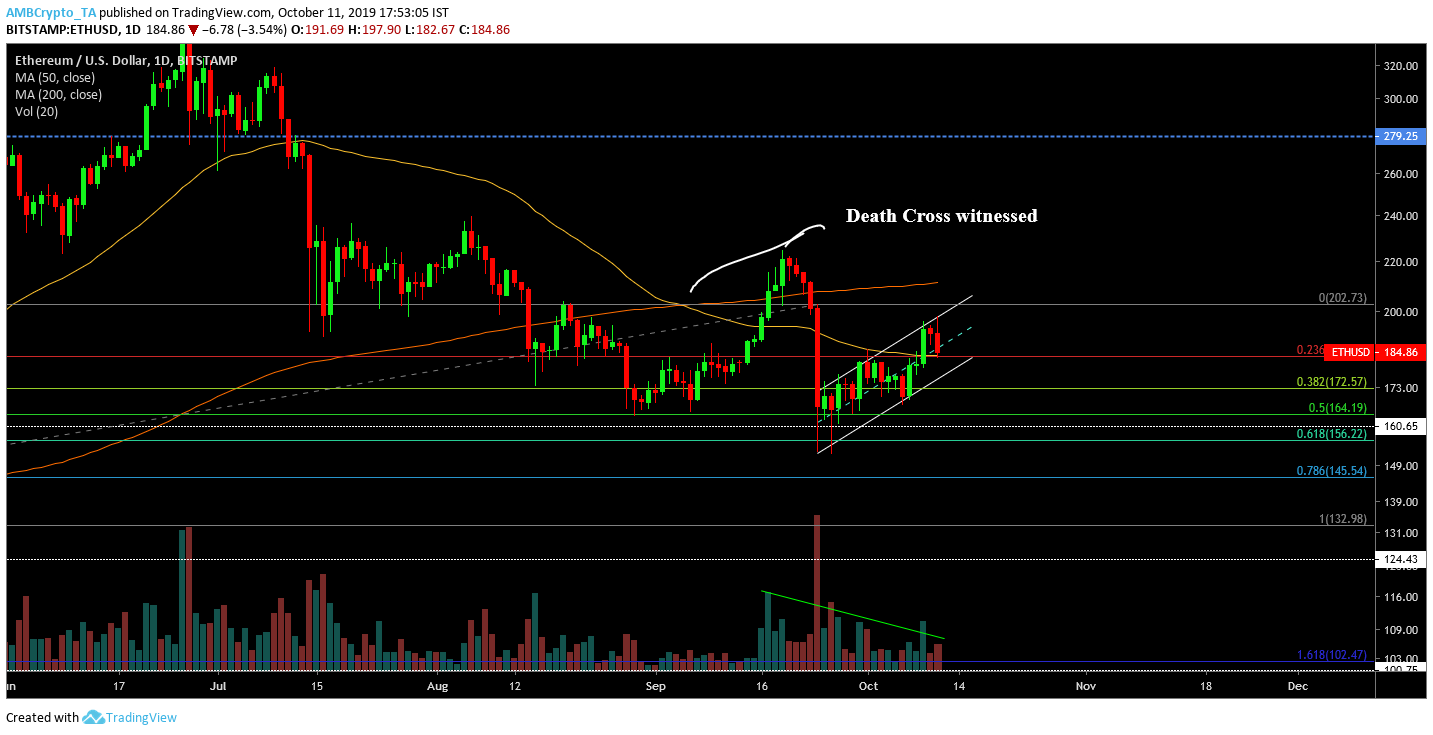 The 1-day chart pictured a similar ascending channel. However, a major indication of an incoming bear run was observed. On 4 September, Ethereum underwent a death cross, where the 200-moving average started to hover above the 50-moving average. Earlier this year, Ethereum witnessed a golden cross on 18 April, which resulted in a bull run that took the coin’s valuation up to $335.54 from a lowly $145.61. A death cross has the potential for the opposite repercussions on ETH’s price.

The Fibonacci resistance suggested that its long-term support held true at $145.54, and a dip below that could see the price crash down to as low as $124.43. The possibility of a bounceback following the bearish breakout was lined at $164.19 and $156.54. However, any mediation below that value could see Ethereum lose all its gains during the bull run of April-June.

Libra could strengthen Facebook’s data ownership over its user base: IOTA Co-founder