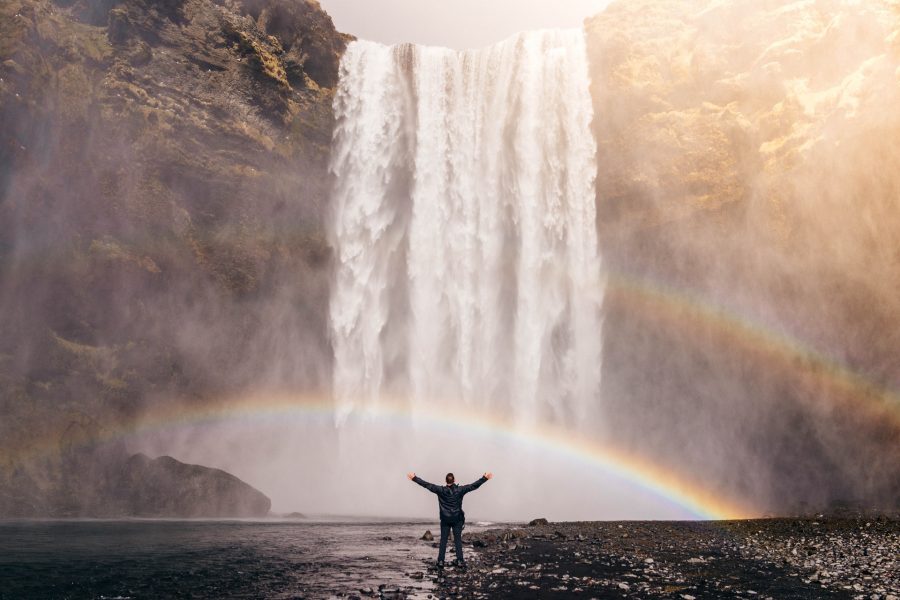 Ethereum’s price supported by strong market fundamentals was flying high on the charts, at press time. After rallying past a lackluster period of price activity, the second-largest digital asset was up by almost 6 percent over the last 24 hours. Breaching major resistance at $197.38, the valuation crossed the $200 mark for the first time since 23rd August.

However, the price may suffer another slump before embarking on a serious bullish surge. At press time, Ethereum was priced at $198.97. 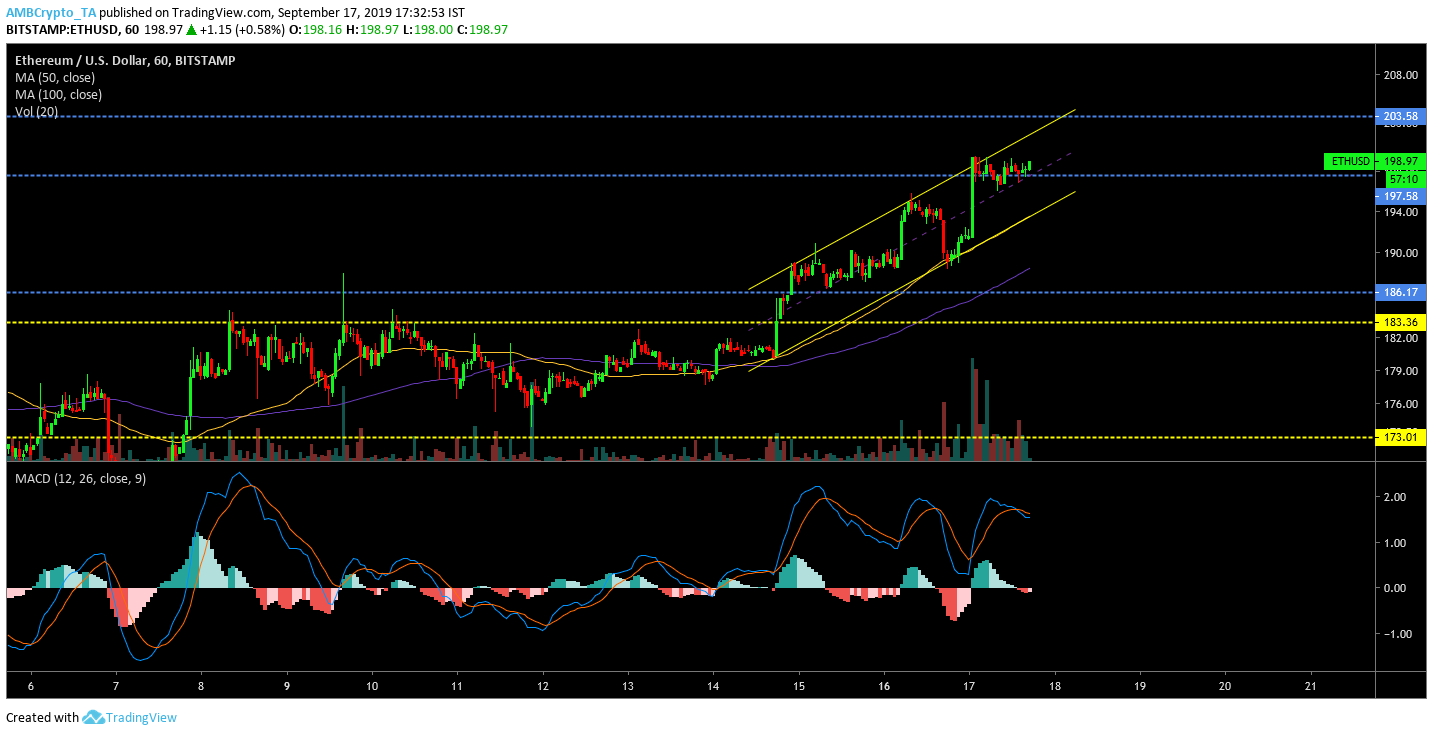 The 1-hour chart for Ethereum pictured the arrival of a bullish wave which saw the valuation jump in the charts. The 50-moving average also registered a bullish crossover with the 100-moving average, but the ascending channel pattern suggested an imminent bearish breakout. The MACD line was also observed hovering below the signal line, which improved the possibility of a pullback.

The trade volume was decreasing, which confirmed the bearish diversion in the current charts. However, the bullish momentum was pretty significant in the market. The pullback should see the price re-test the support at $186.7, but a drop below $183.36 was less likely. 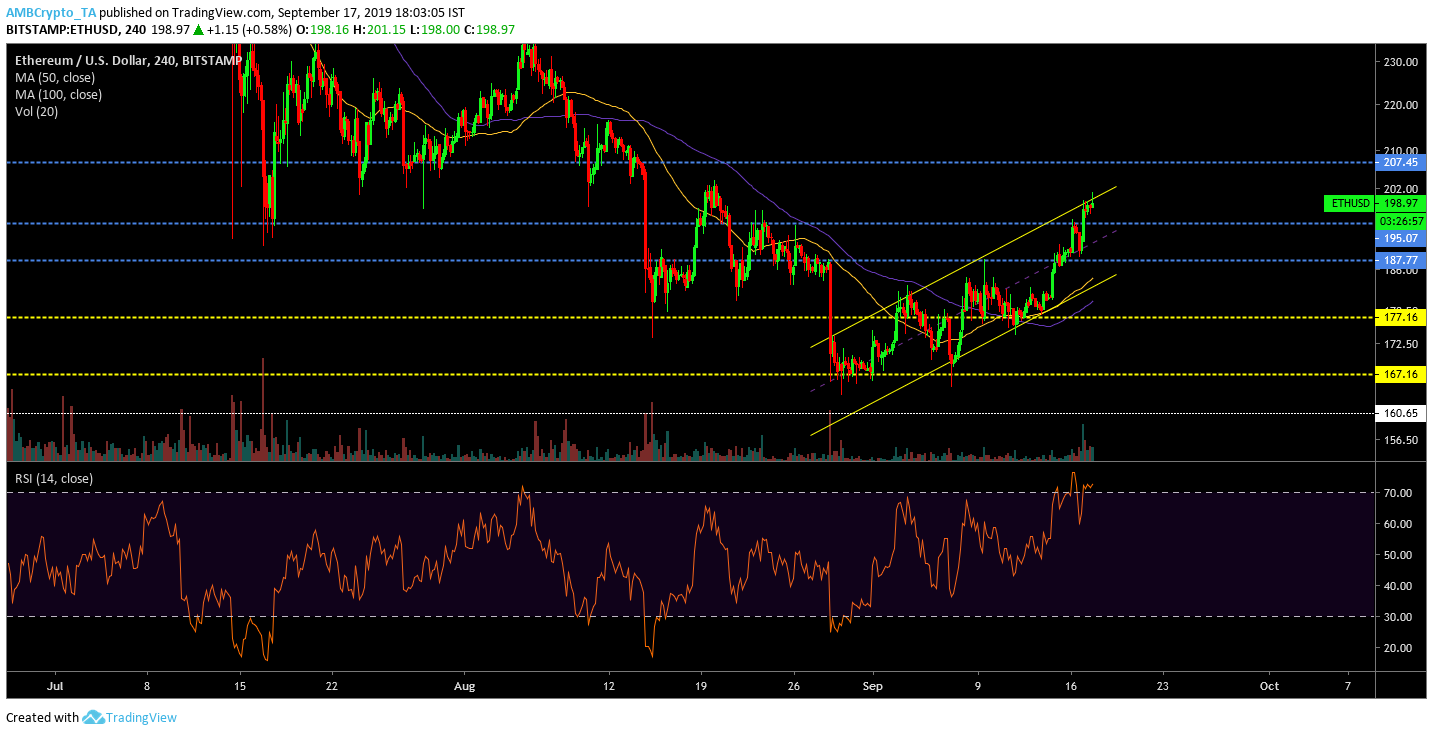 The 4-hour chart had a similar situation in terms of pattern. Ethereum’s value navigated within the forming ascending channel as the price continued to consolidate above the resistance of $195.07. Current momentum could see a re-test of the resistance at $207.45, but the possibility of breaching past the resistance is low.

A key indicator validating the bearish pullback is the Relative Strength Index. Over the last couple of months, Ethereum has witnessed a major pullback each time the asset entered the overbought section. At press time, ETH was hovering over the 70-line mark and an imminent bearish outbreak should see it return to neutral over the next few days.

The signs were positive for ETH, but a substantial hike before another bearish drop was unlikely. The coin would suffer a greater fall if it registers higher growth over the next few days.