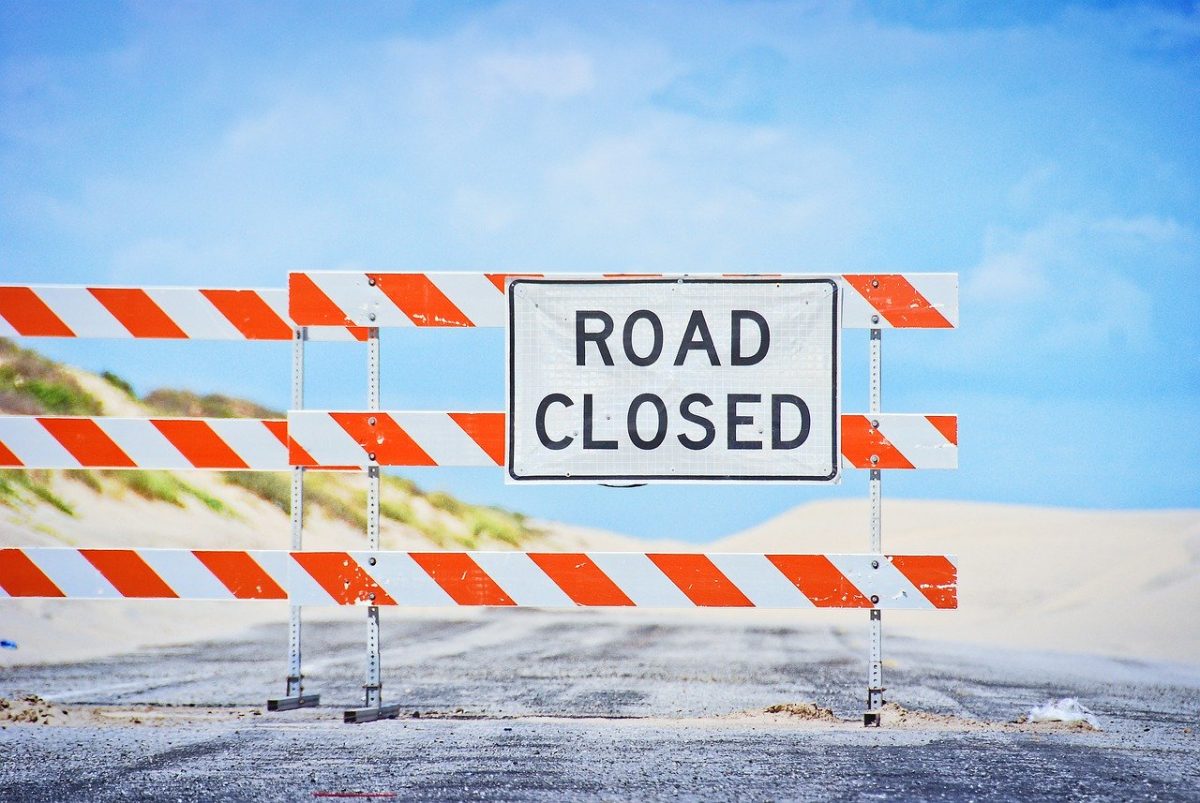 Ethereum has been indicating strong signs of bullish momentum in the cryptocurrency market. The second-largest digital asset has been on an upwards journey since mid-July and witnessed another boost in terms of its price on 13 August. As the price of Ether surged by 18.55% within a day, the value of ETH peaked at $432.94. This price point was visited in August 2018.

As the spot market gained, the derivatives market was also reflecting great interest from the traders. According to data provider Skew, as the price of ether pushed higher, shorts worth $1.3 million were liquidated in the past day on BitMEX.

The open interest in the futures market reached another all-time high by crossing $1.5 billion for the first time. 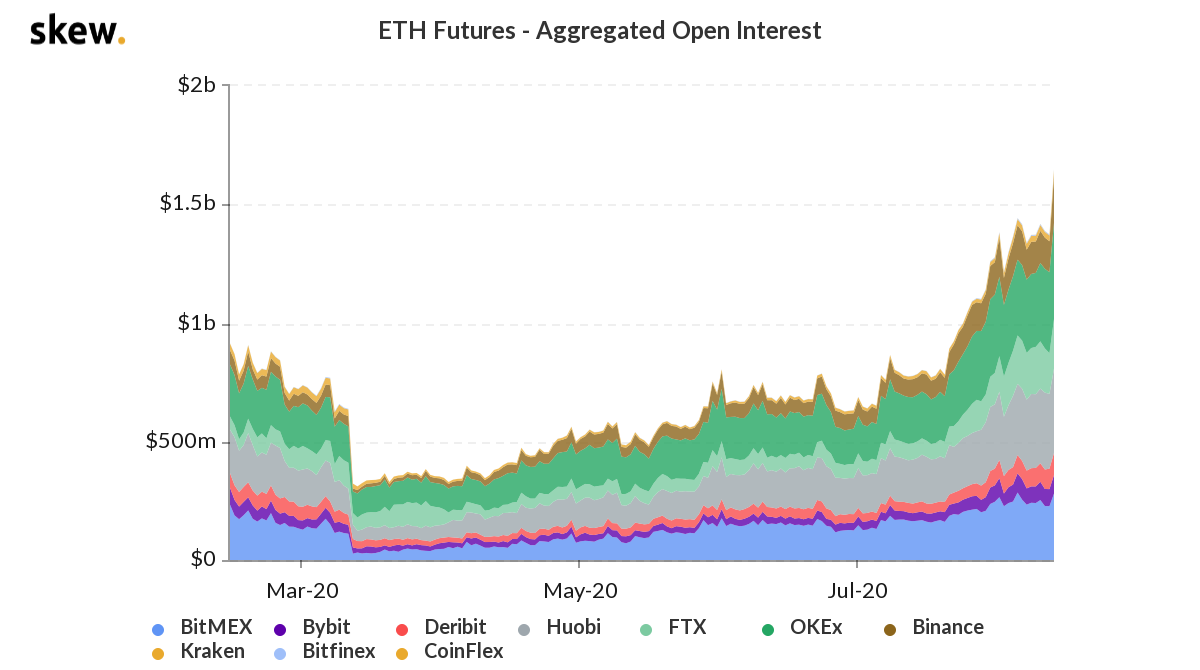 The Open Interest was rising at the beginning of August but later witnessed a brief drop. However, Thursday saw interest flooding the futures market as even the daily volume closed at $9 billion.

The Options market also witnessed a surge in interest in the market and reached an ATH of $453 million. However, despite the bullishness witnessed in the spot market, things may take a bearish turn.

Data from Skew indicated that the value of the Put/Call ratio has reached above 0.7 which was traditionally a bearish signal. The high value suggested that the traders were buying more puts than calls, which meant that they were either hedging their portfolios in case of a sell-off or were expecting the market to trend lower. 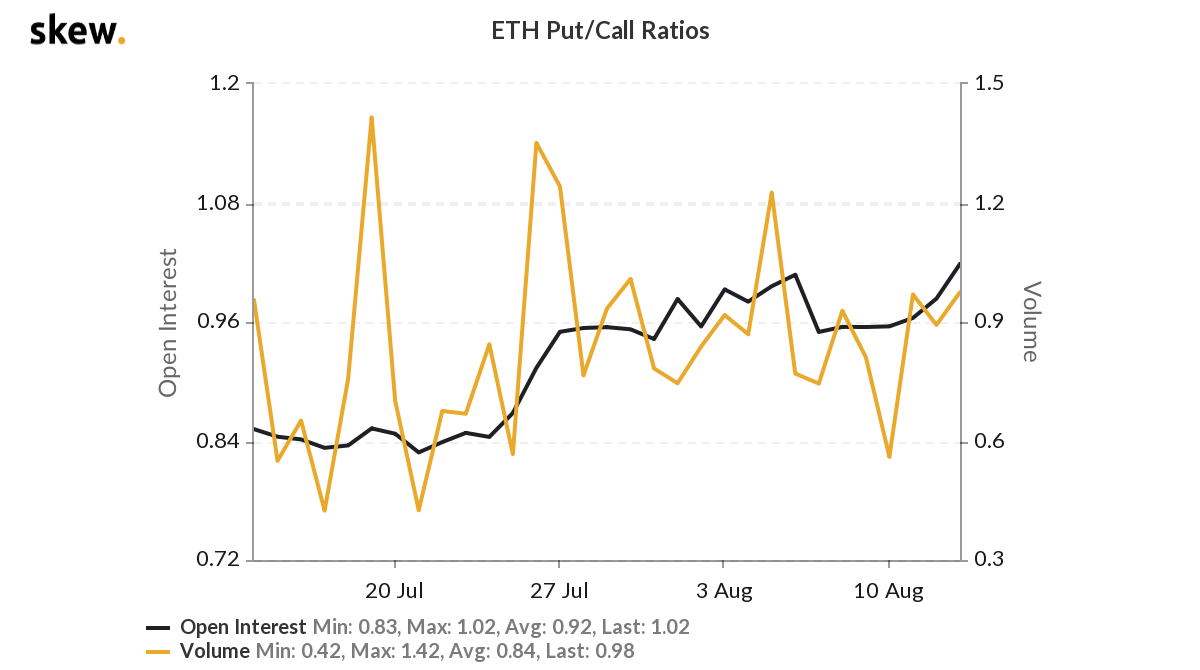 The Ethereum market is booming, but the problems on the Ethereum network are also growing. DeFi protocols have been consuming a lot of space at an alarming rate causing transaction fees to go sky-high in turn clogging the network. The market is getting more and more competitive with the adoption of DeFi apps and users paying higher fees and in a bid to outprice other addresses to get their transaction through. As the market has been showing signs of reversal, a falling price could ignite more competition in terms of fees.

If the transaction fees cross certain threshold users may be unable to bear the high price, and may the digital asset may not remain feasible.

Related Topics:Ethereum Futures
Up Next

Bitcoin: Are four-figure profits simpler than you think?