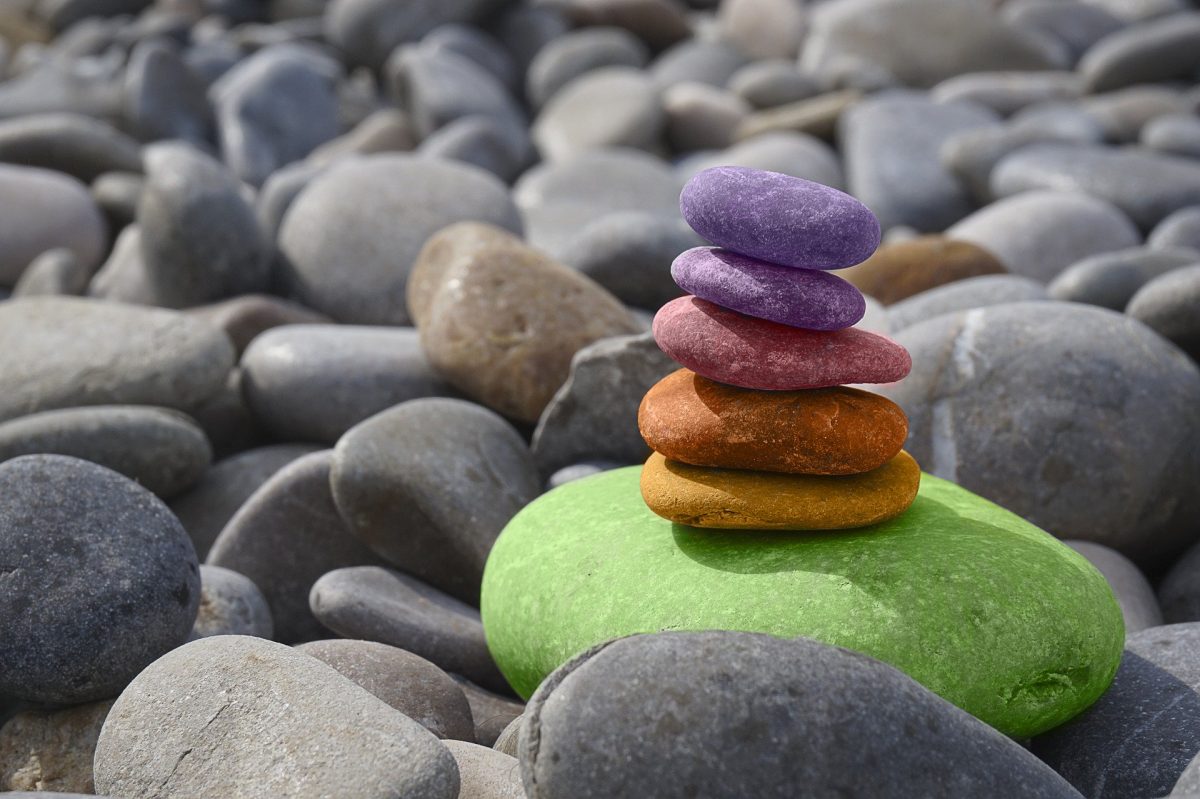 The derivatives market of Bitcoin has picked up momentum in April after the two weeks of March exhibited a collapse of Open-Interest and Volume. Institutional exchanges such as CME have exhibited a revived sense of activity over the past week as Bitcoin has continued to consolidate between $6500 and $700.

With Ethereum sustaining a valuation of about $150, ETH futures have picked up pace as well but the narrative wasn’t exactly clear-cut. 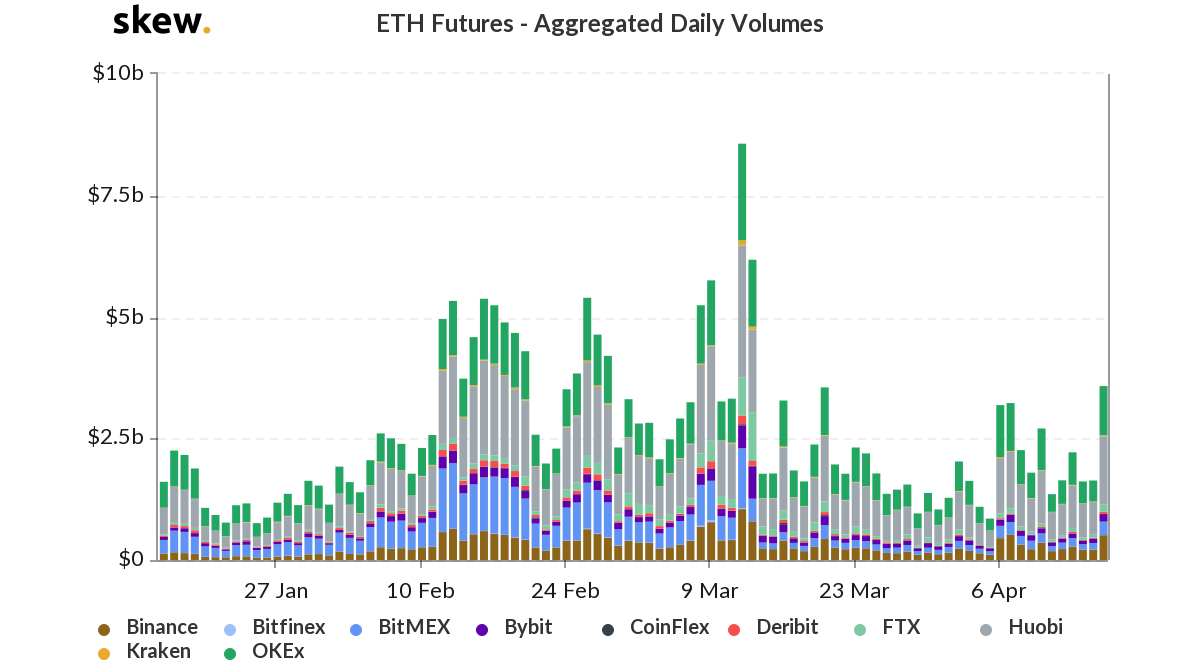 According to Skew Analysis, Ethereum registered its highest aggregated daily volumes on 16th April since the collapse on 12-13th March. The total volume registered between 10 exchanges was approx 3.60 billion, beating the registered volume of March 20th by a hair’s breadth, which was $3.58.

The high on 16th April, marks the overall positive scenario for Ethereum in April, as the asset on its self has performed well in the charts too. Ethereum’s improved price was translating into substantive activity in its derivatives market. 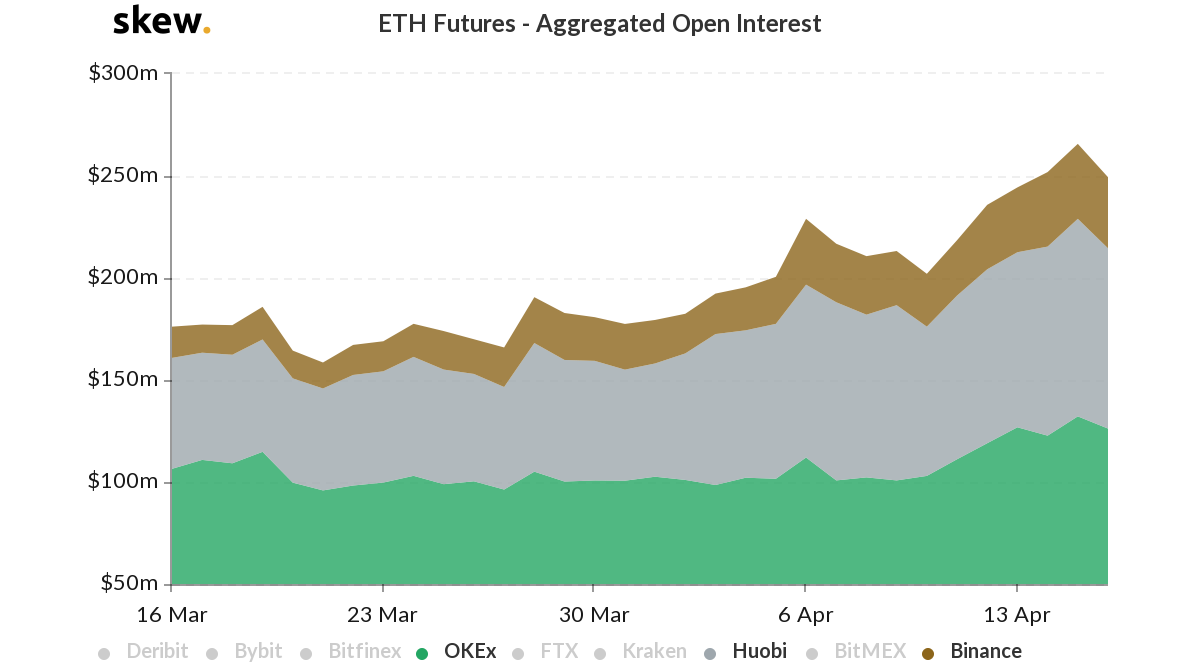 The three dominant exchanges were Huobi, OKEx, and Binance. Huobi and OKEx registered daily volumes of over a $1 billion as Binance mustered $511 million. However, the open-interest for all the three exchanges peaked a day earlier. On 16th April, the OI had slightly dropped, according to the above chart. 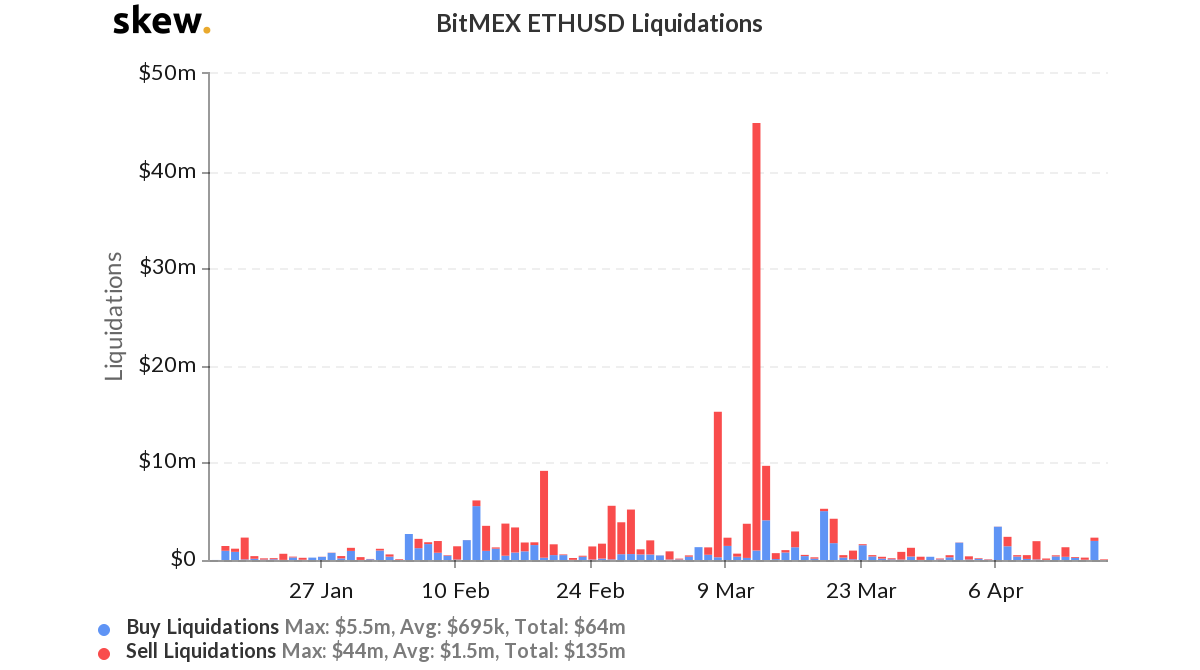 However, before getting ahead of ourselves it is also important to observe the liquidation chart for ETH futures.

According to data, BitMEX’s ETHUSD has exhibited higher sell liquidation over the past 3 months. Sell liquidations were still extremely with $135 million as buys lagged behind at $64 million. Admittedly, the 3-month scenario does include the crash on 13th March, but its impact could still play a major role in the mind of the investors.

Even though the market was moving in the right direction, the narrative has only turned slightly bullish as any price volatility could necessarily shift the momentum back towards the sellers.

Bitcoin in, dollars out: Fed stimulus shows who wants what