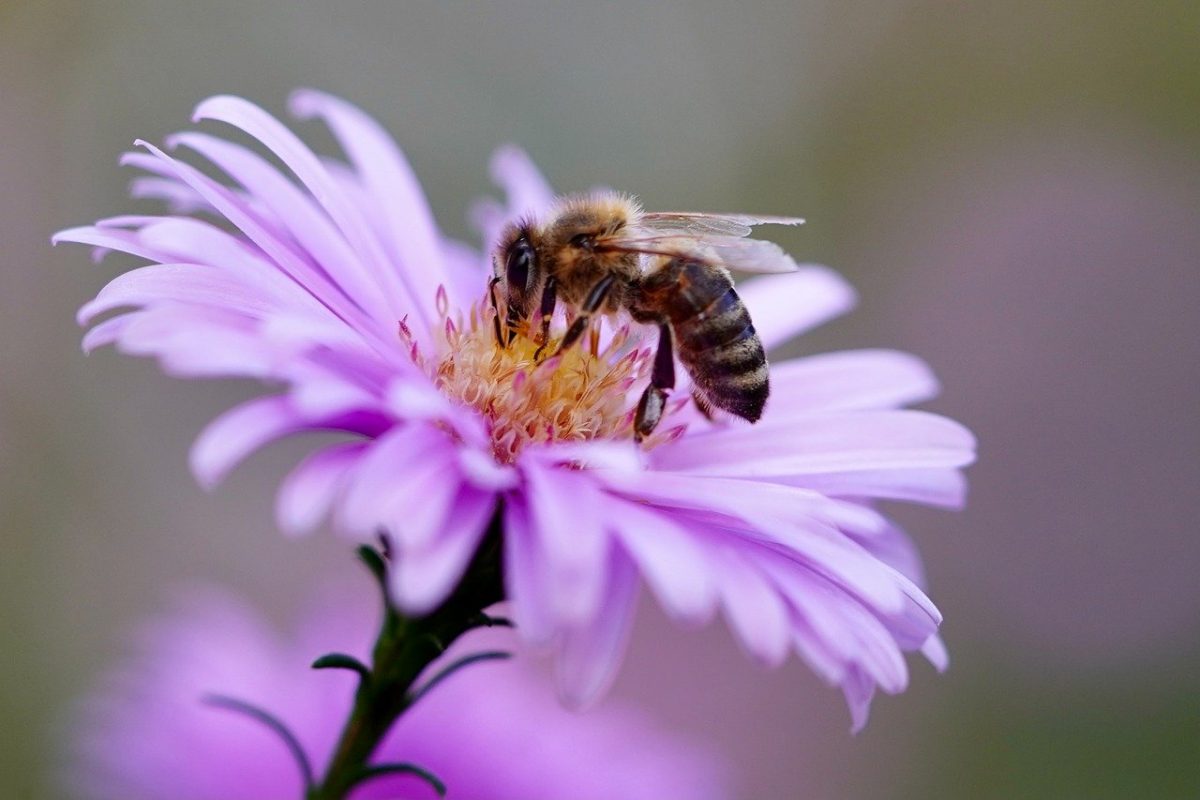 The stock market saw a panicked sell-off after the US President tweeted that no stimulus package would be passed until after the elections. The drop affected the crypto market as well, with most major altcoins and Bitcoin seeing losses. Bitcoin currently trades at $10,605 after having endured a 1.40 percent drop in the past 24-hours.

Ethereum plunged from $351 to $337 in the past 24 hours. Monero showed a bearish divergence on the charts, while BitTorrent saw its recent gains wiped out. 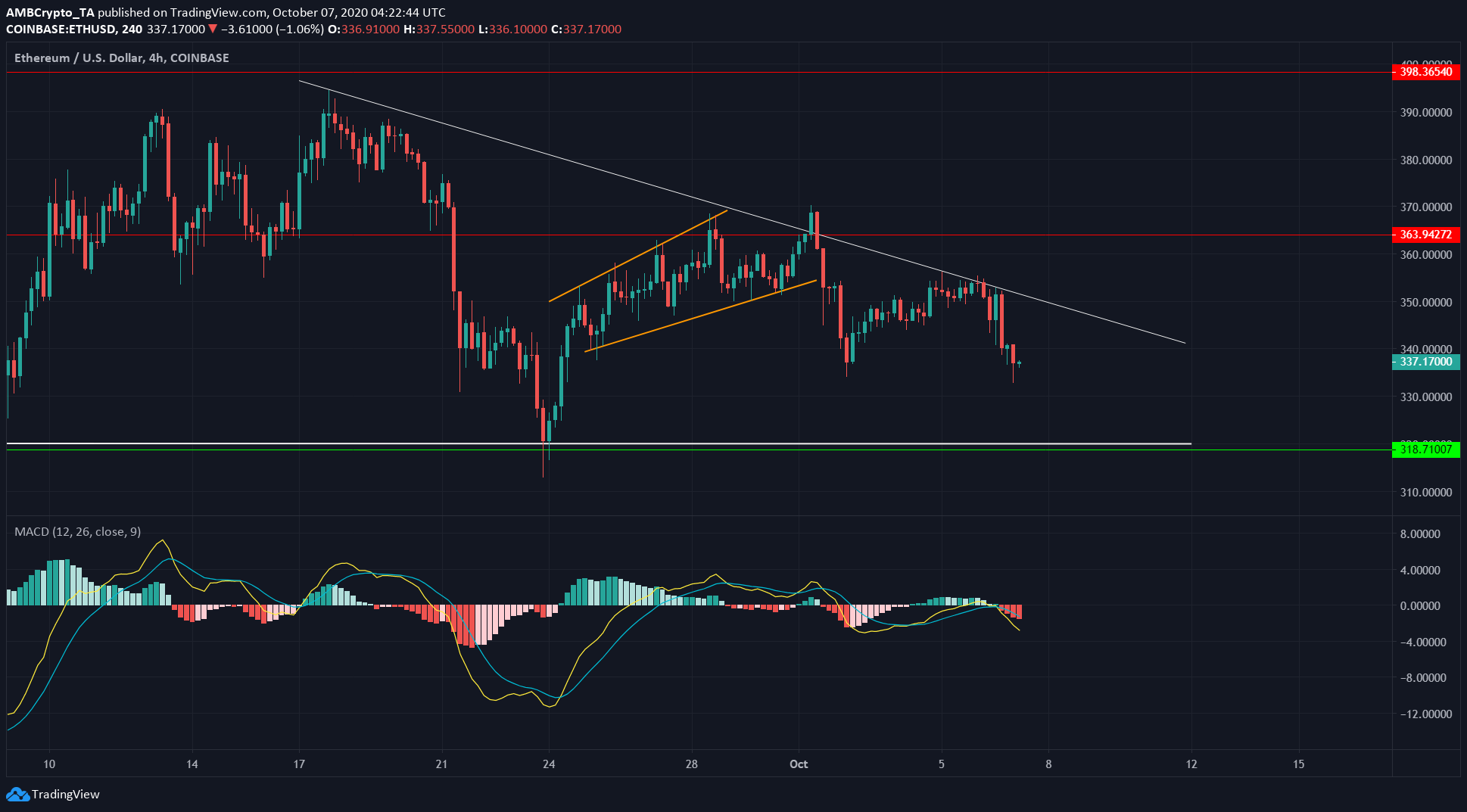 The descending triangle is a bearish pattern that could take the price to $260 in the next few weeks. In the short-term, bearishness and selling pressure was prevalent.

MACD formed a bearish crossover beneath the zero line and generated a strong sell signal. ETH can expect to find support in the $320 region.

In other news, there were genuine concerns about Ethereum as ETH 2.0 implementation could drag much longer than anticipated. Competitors for Ethereum were sure to step in, with Cardano making a case for itself in the eyes of developers and investors. 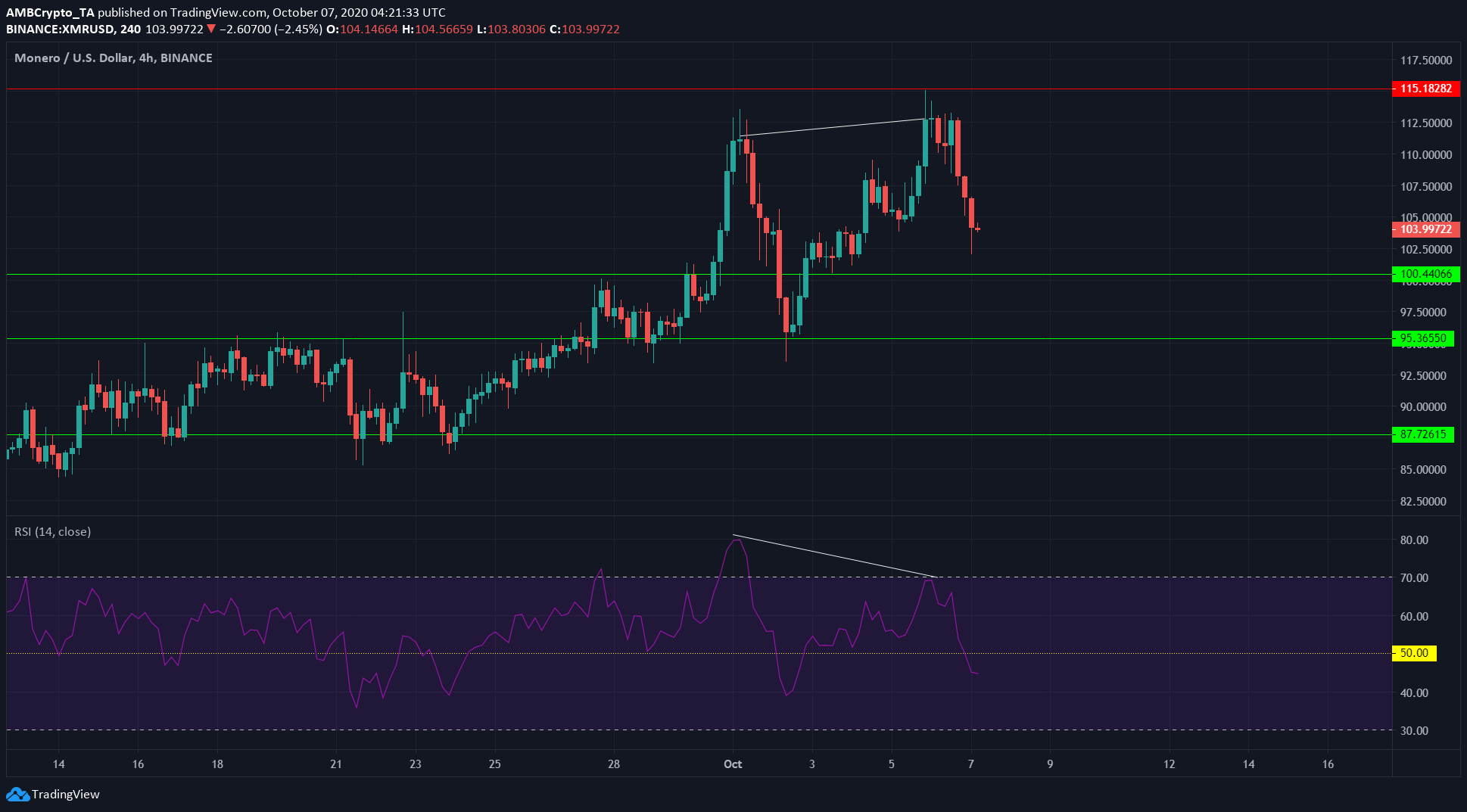 Monero exhibited a bearish divergence on the charts. The price formed higher highs while the momentum indicator (RSI) made lower highs Subsequent trading sessions saw XMR drop from $112 to $104.4 at press time.

The next level of support for the asset was $100. In the medium-term, XMR showed bullishness and could test resistance at $115 in the coming days.

Monero was also in the news recently when IOCTA, Europol’s flagship product highlighting cybercrime threats, identified Monero and other privacy coins like Zcash as “top threats” in the cybercrime space. 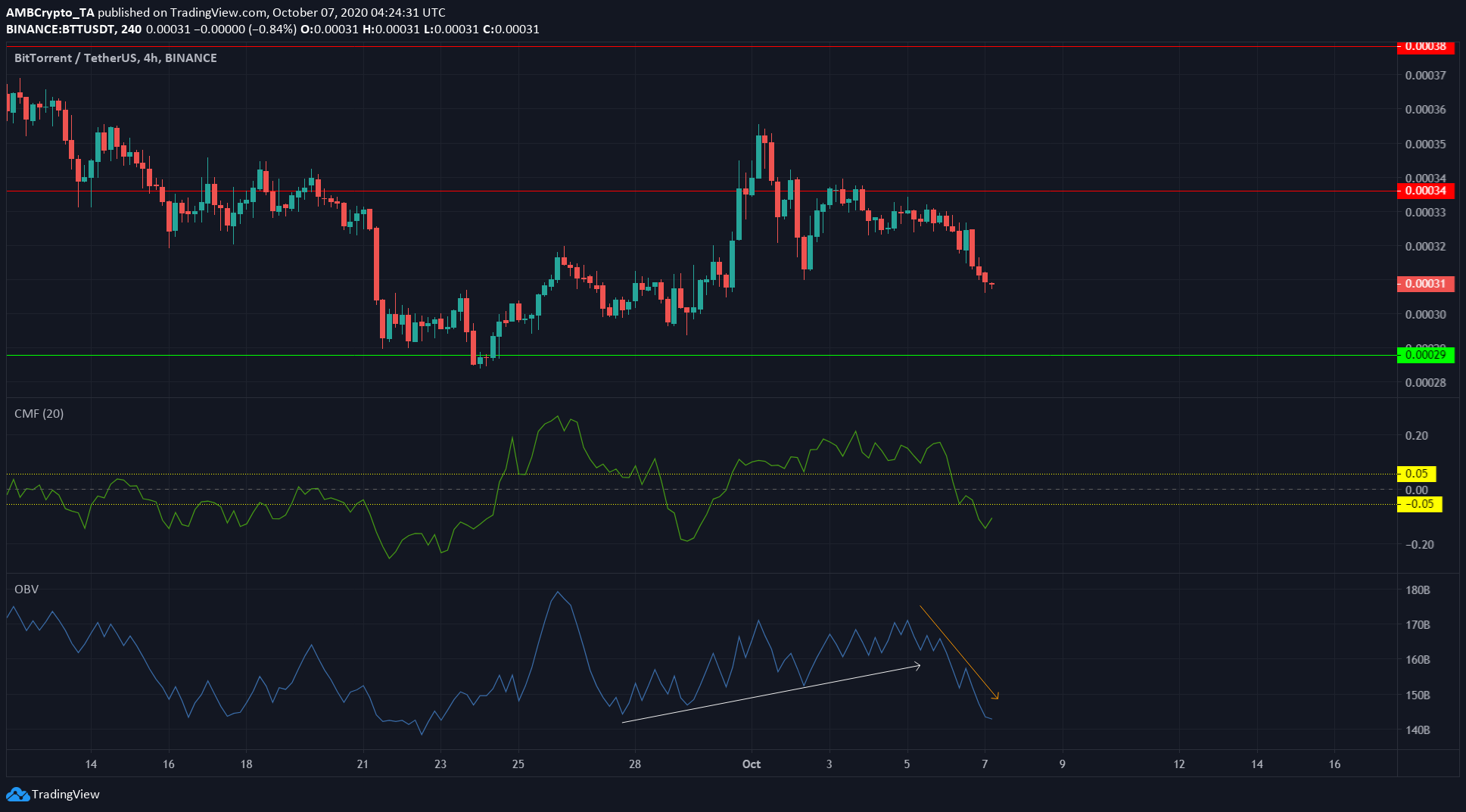 BTT was strongly bearish on the charts. The price was attempting a short-term turnaround, evidenced by the OBV making higher lows (white).

But the market-wide sell-off undid all gains and pushed BTT to $0.0003 with further losses likely.

The Chaikin Money Flow also showed that buyers were dominant in the market last week, and capital was flowing into the market, but at the time of writing, CMF had a value of -0.11, showing a significant flow of capital out of the market.

Can Bitcoin’s next bull run be in the works?