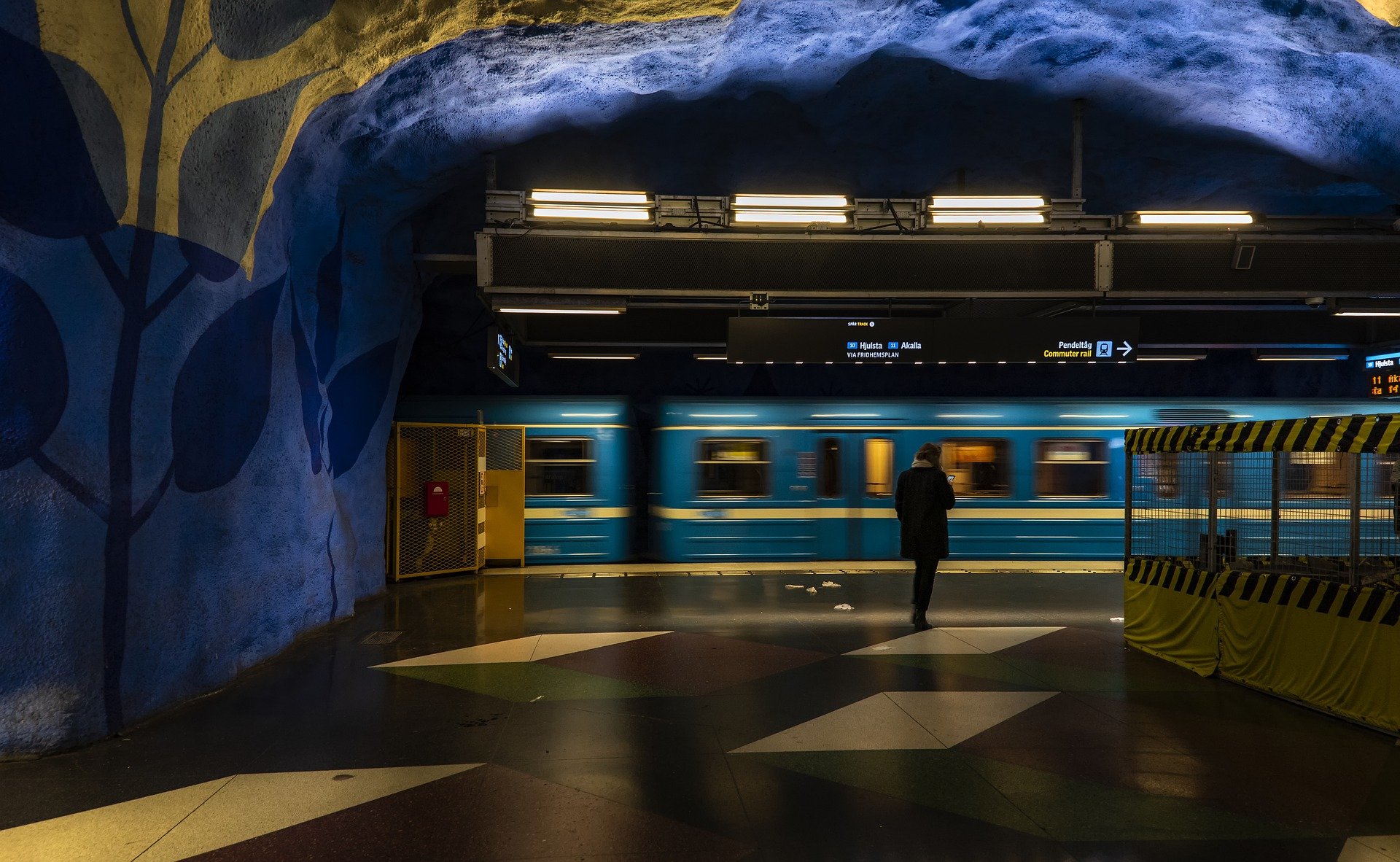 As we enter the fourth quarter, Bitcoin after its price dump seems to be consolidating around the $10,700 level. With this, Ethereum too seemed to gain some momentum, as it pushed higher towards its resistance level.

However, both BitTorrent and Maker seemed to make a descending triangle formation, hinting toward a bearish scenario in the short-term period. 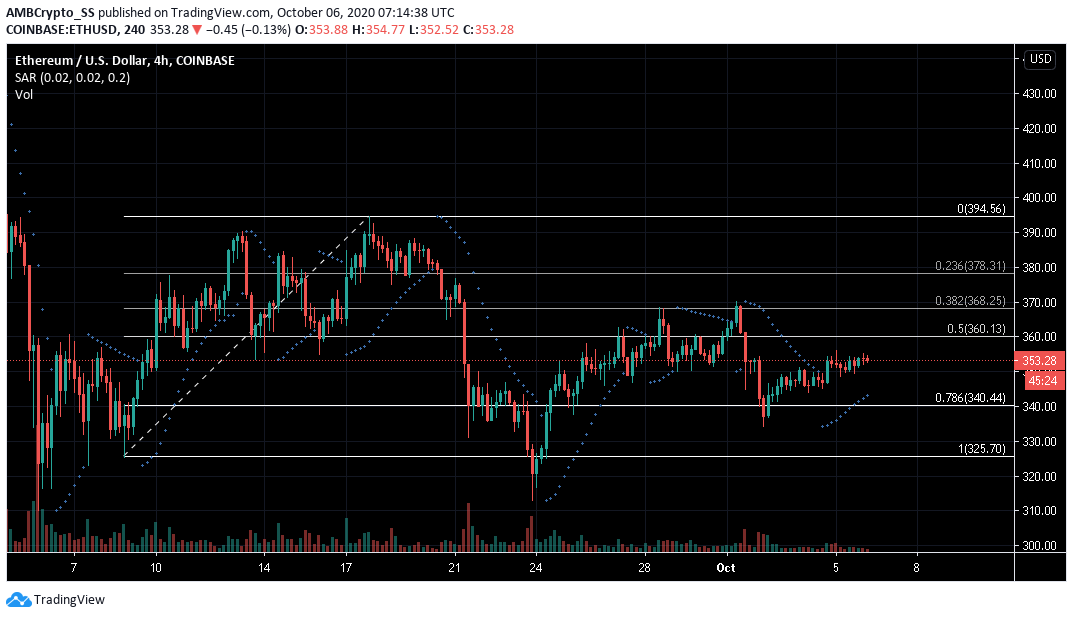 Over the past 24 hours, Ethereum was up by 1 % and was trading at $ 353.28. The second-largest cryptocurrency had further risen by 4% since 3 October above the 78.6% retracement level as marked by the Fibonacci retracement tool.

Further, the dotted lined of the Parabolic SAR below the candles hinted towards an uptrend.

Even though an uptrend seemed to be visible from the technical indicators, prices could also be seen stabilizing below the 50% retracement region or the $ 360 mark, as the volume levels indicated a drop.

In other news, Ethereum transaction fees have fallen by more than 85 percent over the last three weeks, as network congestion on the platform eases. 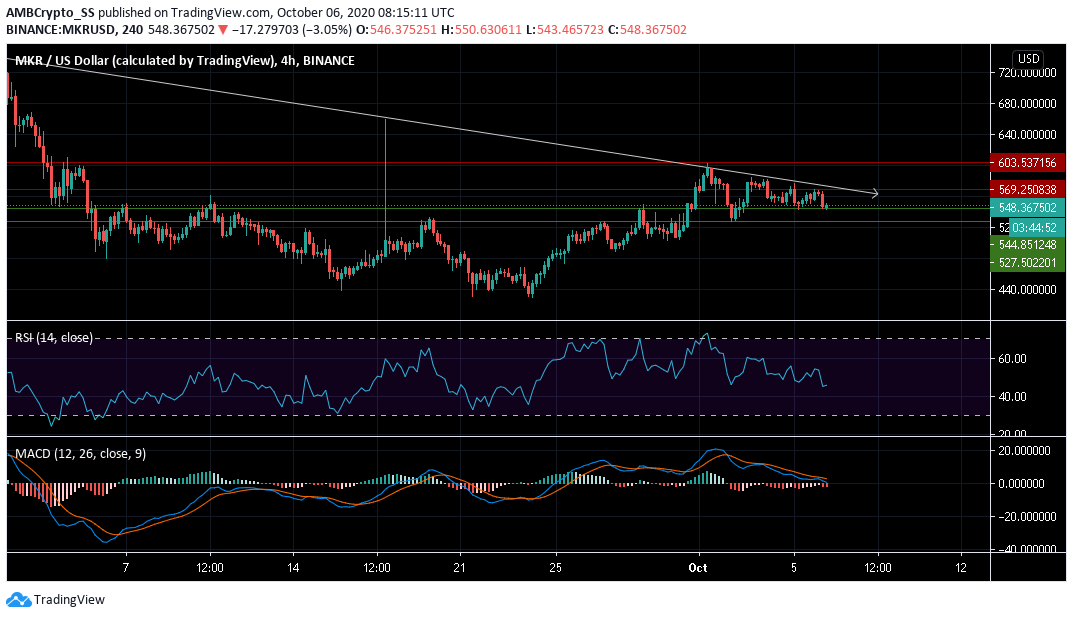 Maker was at the time of writing, indicating a downtrend as it dropped to its support of $ 544.35. The digital asset over the last few days lost control of two key resistance levels which could challenge its potential price recovery in the short term.

Since the beginning of the new quarter, the Relative Strength Index was also showing signs of weakness. During most of this period, RSI was in a downtrend and stayed below the neutral level at press time. A further decline could indicate a rise in selling pressure. 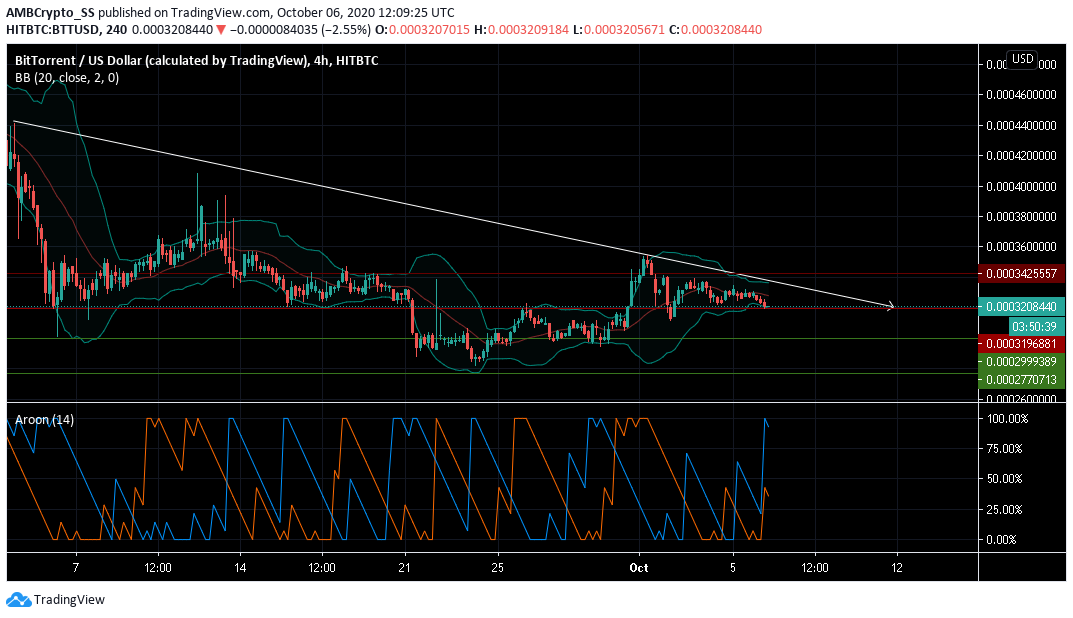 The Aroon Indicator with the Aroon Up (orange) below the Aroon down (blue), indicated bearish sentiment, however, immediate price action in either direction may take a few more trading sessions due to low volatility levels as observed from the narrowing down of the Bollinger Bands.

For the time being, it seems BitTorrent may have neared its current low at the $ 0.0003 level and could be making way for a short-term move to a further downside as per the Aroon Indicator.

A visible descending triangle formation also hinted towards the possibility of a price dump below the $ 0.0003 level.

Bitcoin and regulations: A tug of war…Who’s winning?