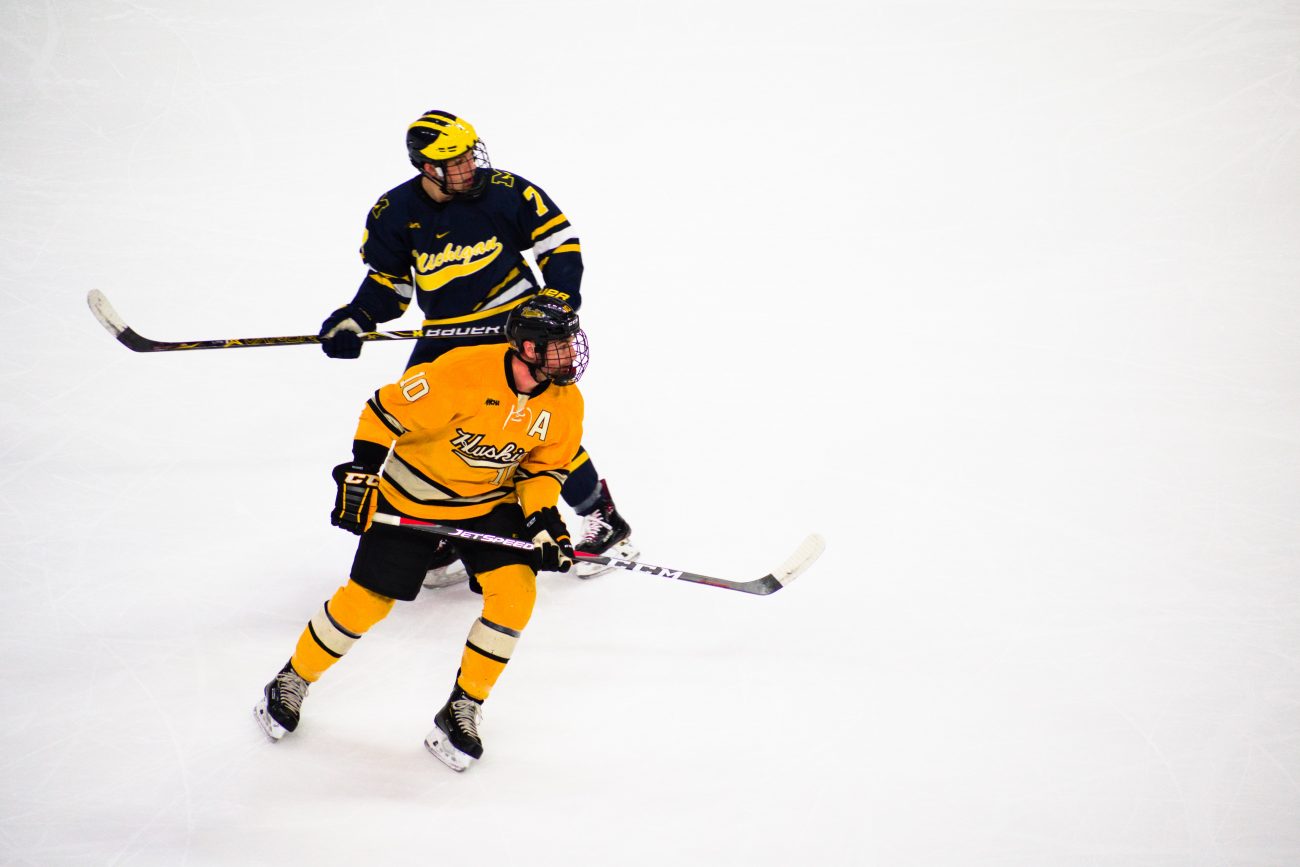 With Ethereum planning to shift from PoW to PoS, much has been said and criticized about how the latter might face difficulties. To make matters worse, ProgPow is also a topic of contention in the Ethereum community right now. As for the PoS debate, it revolves around how lending might take over staking, the main process in PoS.

Although the launch of Ethereum 2.0 was slated for January 2020, it has been postponed to Q2 of 2020. Since this is a huge move and there are a lot of things that could go wrong, the team has been observing the shift on testnets.

So, the question still remains,

“Will lending take over staking?”

Before answering this question, here are a few keywords to grasp.

PoS is a category of consensus algorithms for public blockchains that depend on a validator’s economic stake in the network. However, unlike PoW, in PoS, a set of validators take turns proposing and voting on the next block, and the weight of each validator’s vote depends on the size of its deposit (i.e. stake). Significant advantages of PoS include security, reduced risk of centralization, and energy efficiency.

Back to the question at hand, the short answer is “No.” Lending, at present, is still nascent and needs growth to attract serious investors.

In a hypothetical scenario, if PoS were to be overtaken by lending, it has to be when the staking system fails and the only two ways this can happen is if,

Taking control of the staking network by acquiring 33% of the stake is not only expensive, but it is also tough, especially with a cryptocurrency like Ethereum which has no hard cap. Furthermore, Eric Connor’s approximation in December 2019 would put the cost of acquiring a 33% stake at $97,500,000 a year or ~$267,000 a day.

Although, hypothetically, if there were to exist a Futures contract on PoS token, in this case, ETH, then according to Tarun Chitra, it is possible. In an article, he stated,

“… it is possible for an attacker to buy futures that allow for staking participants to sell their staked token in the future. This attacker can aggregate this stake and upon reaching an attack threshold, begin to perform a double spend or other malicious attacks. As these derivatives can be settled off-chain (e.g. using a centralized  exchange like BitMEX or Deribit), monitoring of this type of attack can be difficult”

Today, 50% of the top 10 projects in DeFi are based on lending. However, both DeFi and lending are fairly new concepts to cryptocurrencies. However, looking at DeFi Pulse, it can be seen that a significant percentage of value locked in DeFi is in lending. 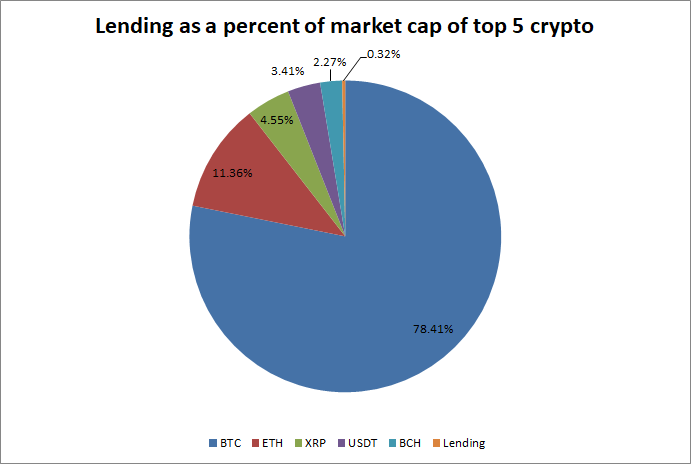 To be fair, lending is a fairly new concept in crypto and it has stabilized so far; however, the demand is still small when compared to the crypto-ecosystem. As seen above, lending as a percentage of the top 5 cryptocurrencies, amounts to only 0.32%.

Regardless of the current interest rates, few in the industry are very optimistic about lending. Speaking to AMBCrypto, Bobby Ong, the Co-founder of CoinGecko, stated,

Additionally, lending has an inverse relationship with the price of Ethereum ie., when the price of Ethereum drops, the amount of ETH locked in DeFi starts to rise, with this relationship working the other way round too. Although staking rewards do provide a steady APR of around 5% to 10%, a critical drop in ETH’s price could shift people from staking to lending platforms for obvious reasons.

DeFi, as mentioned previously, is fairly new to the cryptocurrency ecosystem. Although the idea behind DeFi is truly a fascinating one, it might be a few years before it actually takes off and competes against CeFi [centralized finance].

Despite its infancy, however, Ong added that he is “highly optimistic” about DeFi, predicting that “it will continue to grow further in the coming months.”

Additionally, what’s important is that DeFi, although it’s nothing but lines of code, is not as reliable as Bitcoin. The fact that mistakes could cause losses in millions is already being seen, with DeFi witnessing its third major hack [on dForce, lendf.me] in 2020, hacks that caused losses of $25 million in funds. Other hacks included the bZx hack that caused the loss of funds worth $1 million.

However, the most recent one includes the weekend attack on the dForce lending platform, a development that led to the loss of $25 million in funds. Following this attack, the platform advised users to stop depositing funds. In an interesting turn of events, the attacker transferred the stolen funds back to the company due to the trail left behind by the hacker.

These three attacks on DeFi were all in the first four months of 2020; hence, this suggests that serious investors would think twice or not think at all when it comes to investing in DeFi.

To serious investors, DeFi screams risk. In fact, Kyle Samani of Multicoin Capital had stated during a webinar that the returns at this point in time do not justify the risk of losing funds to an error or glitch in smart contracts.

Additionally, the three hacks mentioned above were due to glitches in smart contracts that allowed the attackers to exploit the smart contract rules and siphon millions from the ecosystem.

If this isn’t enough, staking, as opposed to lending, is much more feasible since they offer higher targeted returns.

Per Collin Myers, Head of Global Product Strategy at ConsenSys, said during the presentation [October 2019] that 32 ETH staked has the potential to earn about 4.6% to 10.3% of interest per year. As of today, it would earn 7.13% APR, although this has fallen from 8.36% in the first week of April.

Lending, when compared to staking, has minuscule rewards for lending ETH, as can be seen clearly in the chart below.

Hypothetically, if a user gained control of 33% of the staking, then it would spell disaster for not just staking, but for the whole ETH ecosystem. Perhaps, in such a drastic scenario, this might push people to lending. However, the same can be said of PoW, but both attacks require immense capital. If compared, the cost of attacking Bitcoin via a 51% attack is egregiously expensive and not possible.

A different scenario is if the rewards for lending rise to a substantial level, a level where it would create competition for staking and drain its users. However, Vitalik Buterin, the creator of ETH, doesn’t seem to think so as according to Buterin, the staking v. lending argument is nothing but hype. 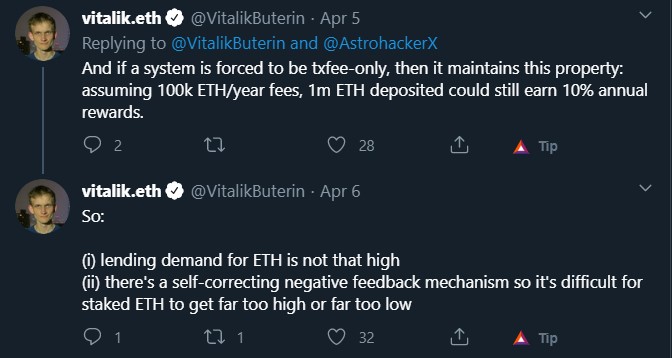 At press time, however, the tweets describing the argument as “hype” had been deleted by Vitalik Buterin. Additionally, the attached images are the only remaining tweets on the matter, both of which, clearly supported staking as opposed to lending.

Will Bitcoin’s velocity help it overshadow April’s performance with May’s?

Bitcoin perpetual swap volume spikes to $30.8B despite brief affair with $9K