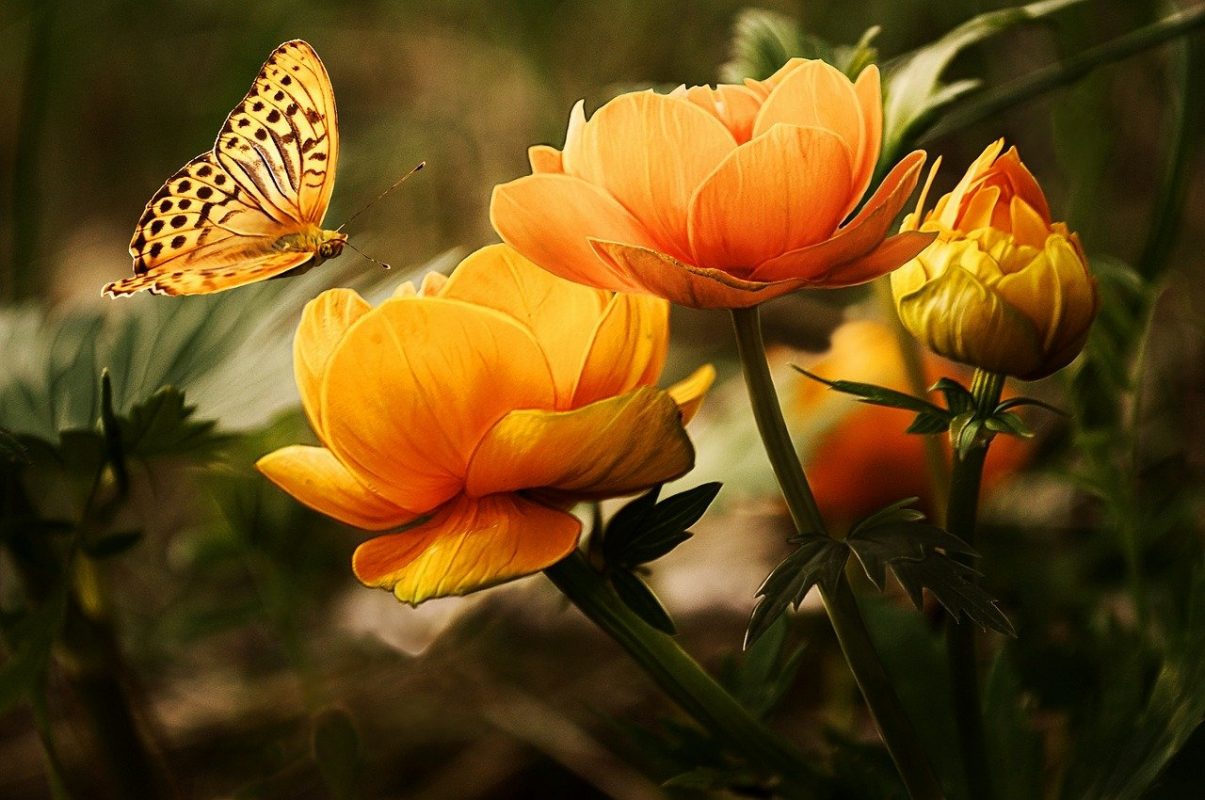 Ethereum Classic had many questions to answer last month after multiple 51% attacks, but the crypto-asset is still alive and that was a sign of resilience and perhaps, also of things to come. IOTA was poised to see a minor pullback before resuming the uptrend of the past few days. Dash surged strongly past its level of resistance and could make further gains over the next few days. 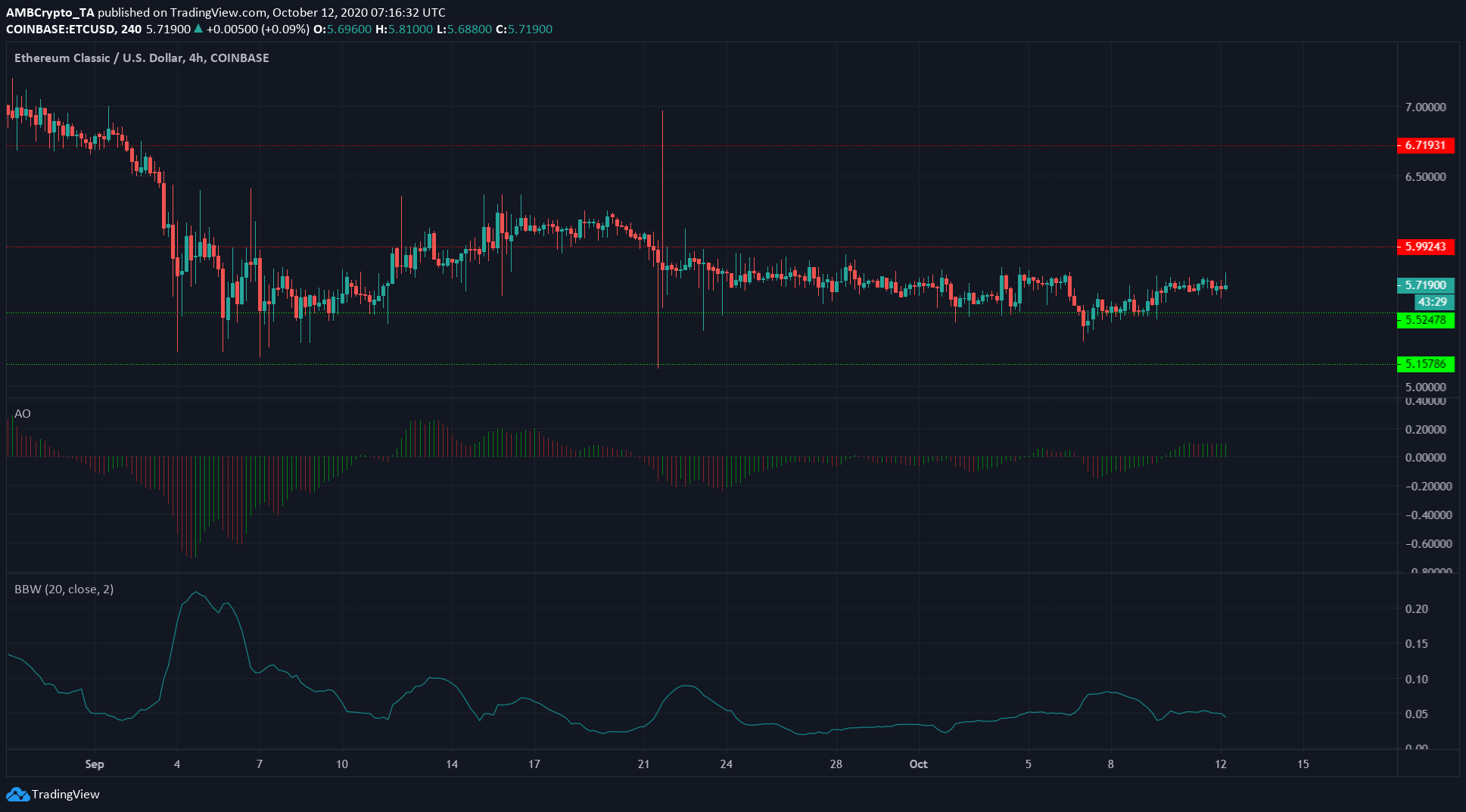 Ethereum Classic has been gently trending downwards since mid-September. While there was relatively low volatility around the crypto-asset, ETC continued to hold a level of support at $5.5 with strength.

And yet, the price had also failed to close above the most recent high at $5.78, indicating a downtrend, albeit a slow one. Further, a breakout was not on the charts yet in the near-term.

The demand for the crypto-asset may be generated when ETH moves from PoW to PoS and ASIC miners move to ETC, a development that can drive the price upwards while strengthening the network as well. However, this could take months. 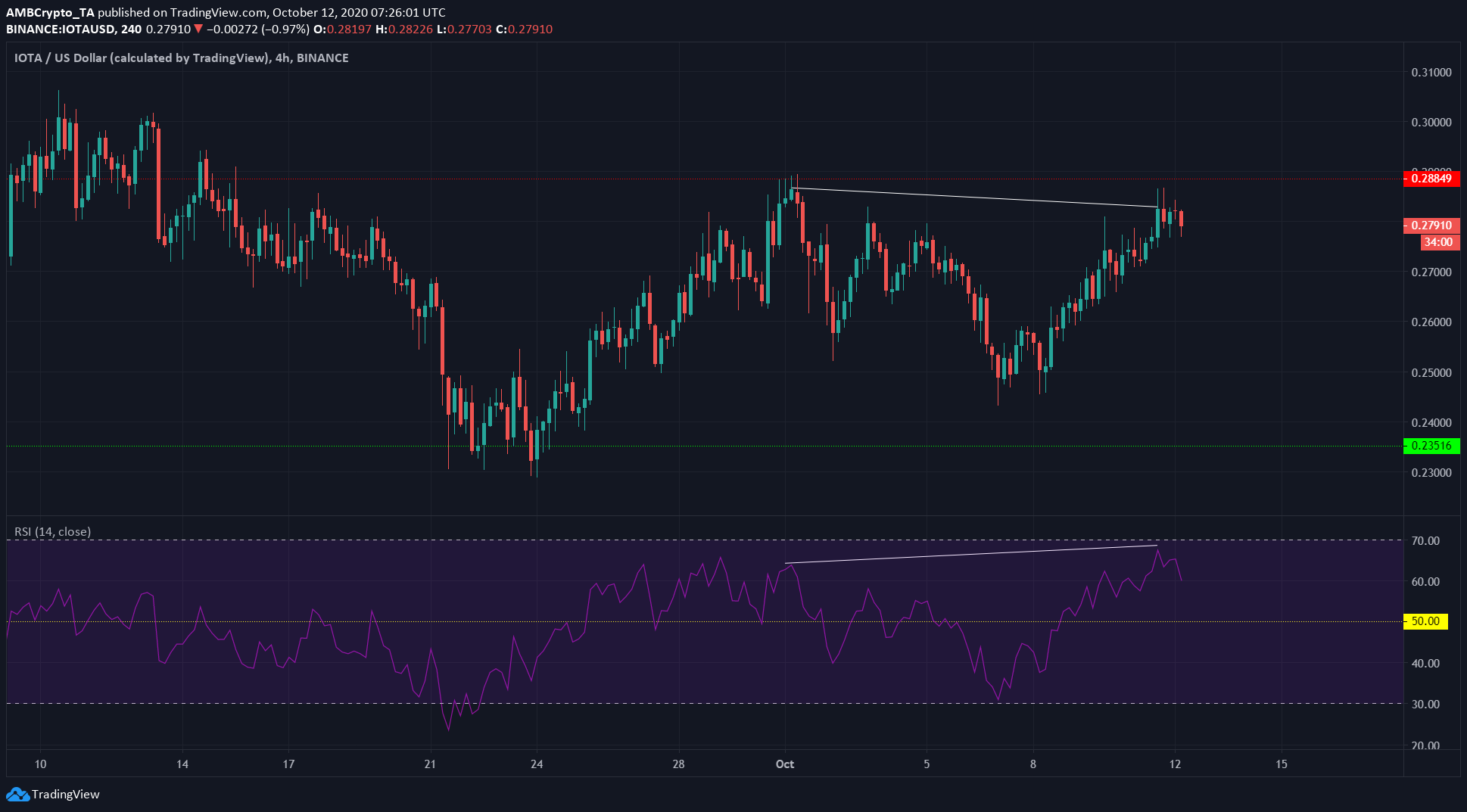 A hidden bearish divergence (white) was seen on the charts. The price formed lower highs while the momentum indicator (RSI) made higher highs.

Such a divergence in the context of the most recent uptrend from $0.235 was unlikely to result in anything more than a minor pullback. Hence, the price can expect to touch $0.27 or $0.265 in the next few trading sessions, before resuming uptrend.

A move above the zone of resistance at $0.288 over the next few days could be seen. A rejection at resistance would have IOTA drop towards the support at $0.235 once more.

In other news, IOTA founder Serguei Popov released an update on the progress made in October, noting that they have been developing their “Fluid Sharding” approach. 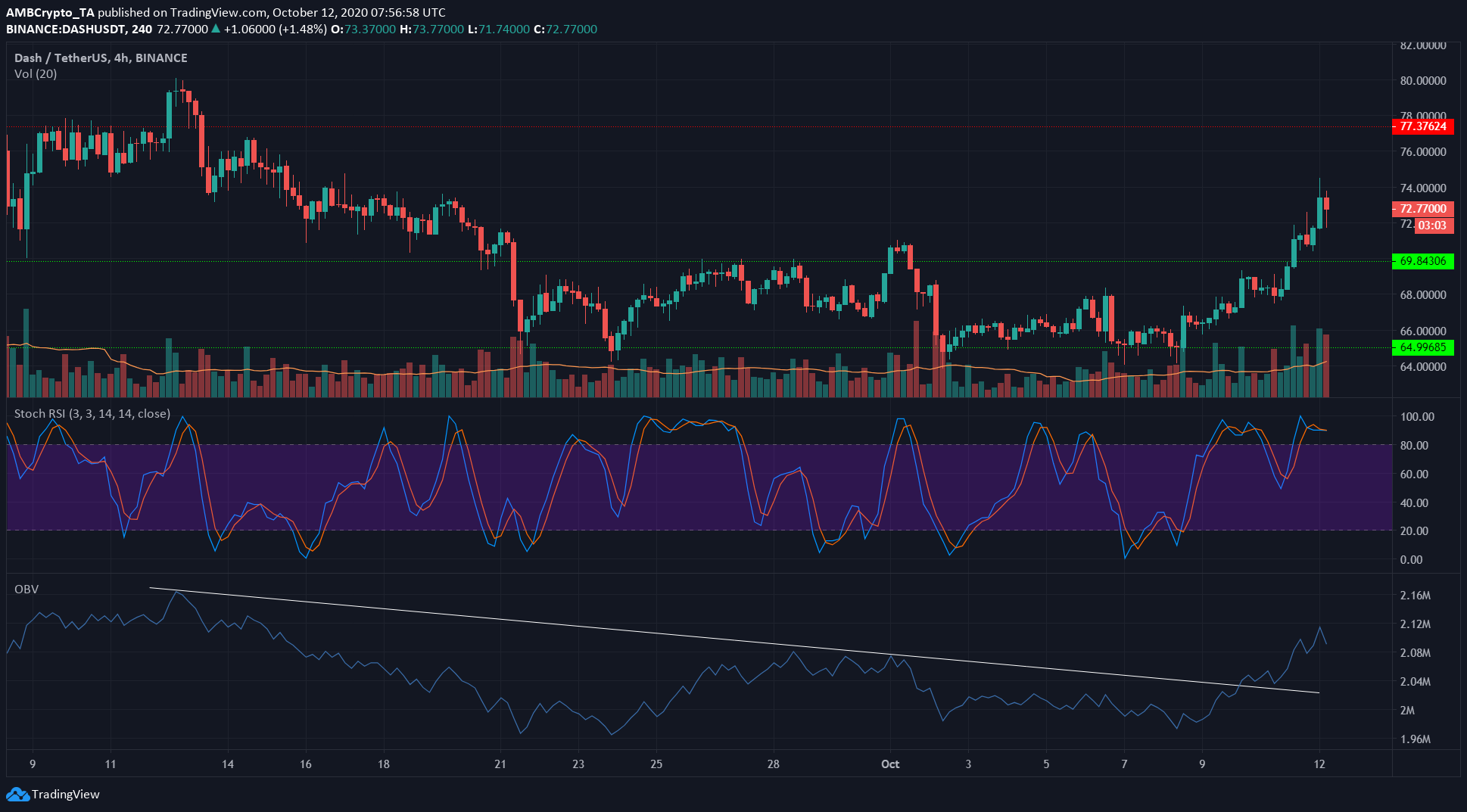 The Stochastic RSI showed that the crypto-asset’s price was in the oversold region. However, this does not mean that DASH would drop significantly. A reasonable conclusion that can be made is that DASH will push slightly lower towards $72 or around the same level, before the next leg up.

The downtrend on the OBV was breached recently, and this renewed buyer interest was bullish for the asset. Also of note was the trading volume of recent trading sessions, which was well above what it was the past couple of weeks.