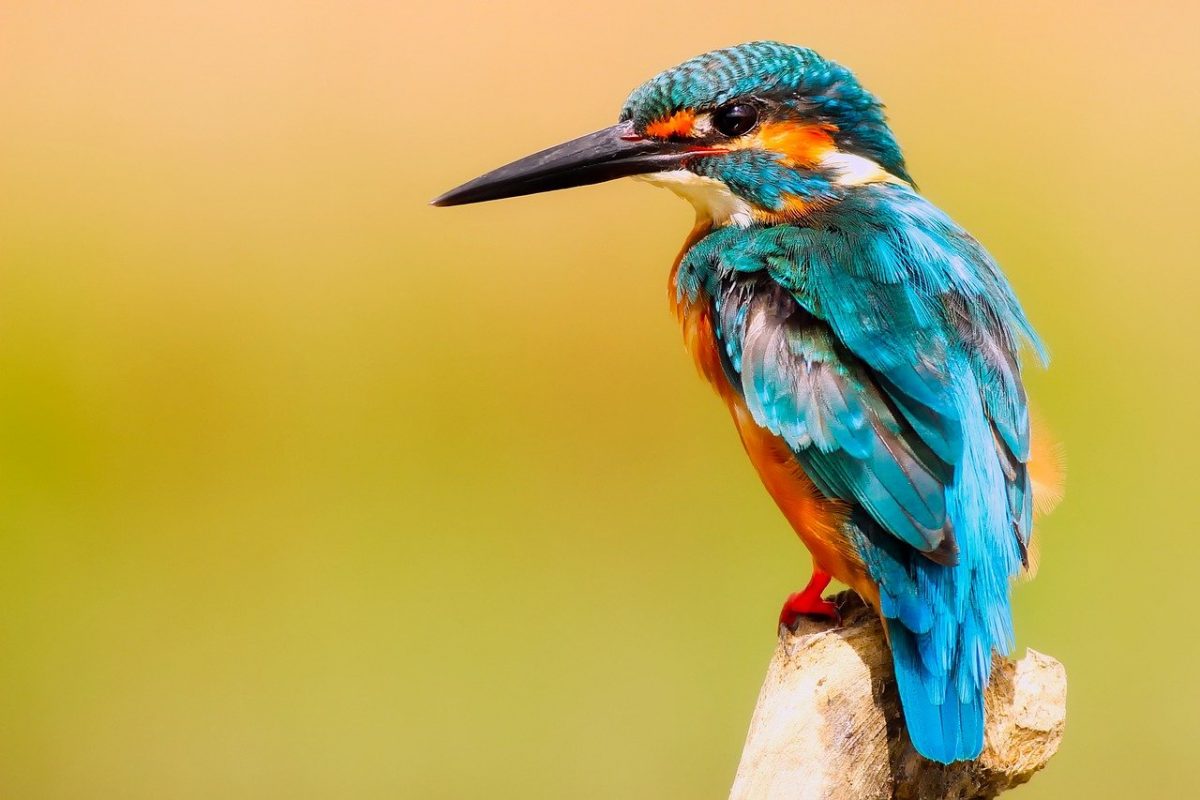 Crypto Fear and Greed Index showed greedy market sentiment with a value of 73 even as many altcoins posted losses. Bitcoin surged to $13,700 at the time of writing. EOS broke strongly southward while Aave also faced strong rejection at a level of resistance. Both assets could be poised for further losses in the coming days. Synthetix broke downwards out of a bearish pattern and could see a brief relief rally before another move south. 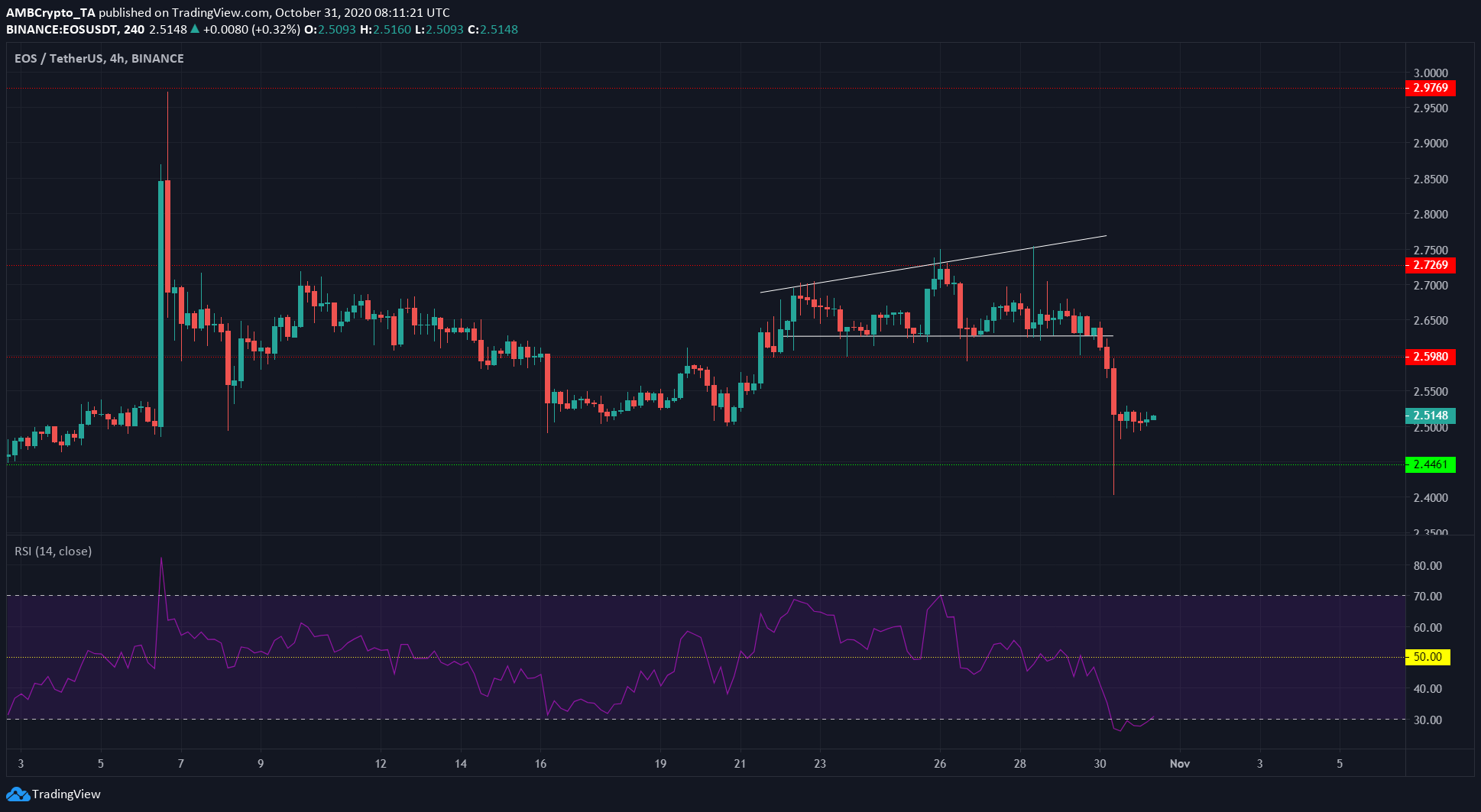 EOS formed a broadening wedge and closed beneath the pattern. indicating a break to the downside.

Support at $2.59 was also lost, and the price even briefly dipped beneath $2.44 support before bulls were able to push the price to close above support.

The RSI showed that the asset was still in oversold territory and a brief recovery to the upside can be expected. $2.55 can be a target for a bounce. A test of $2.59 was also possible.

A recent report by Atlas VPN found that EOS Dapps were the most targeted by hackers, registering 117 hacks (almost 36% of all blockchain-related hacks) and an estimated loss of $28.28 million. 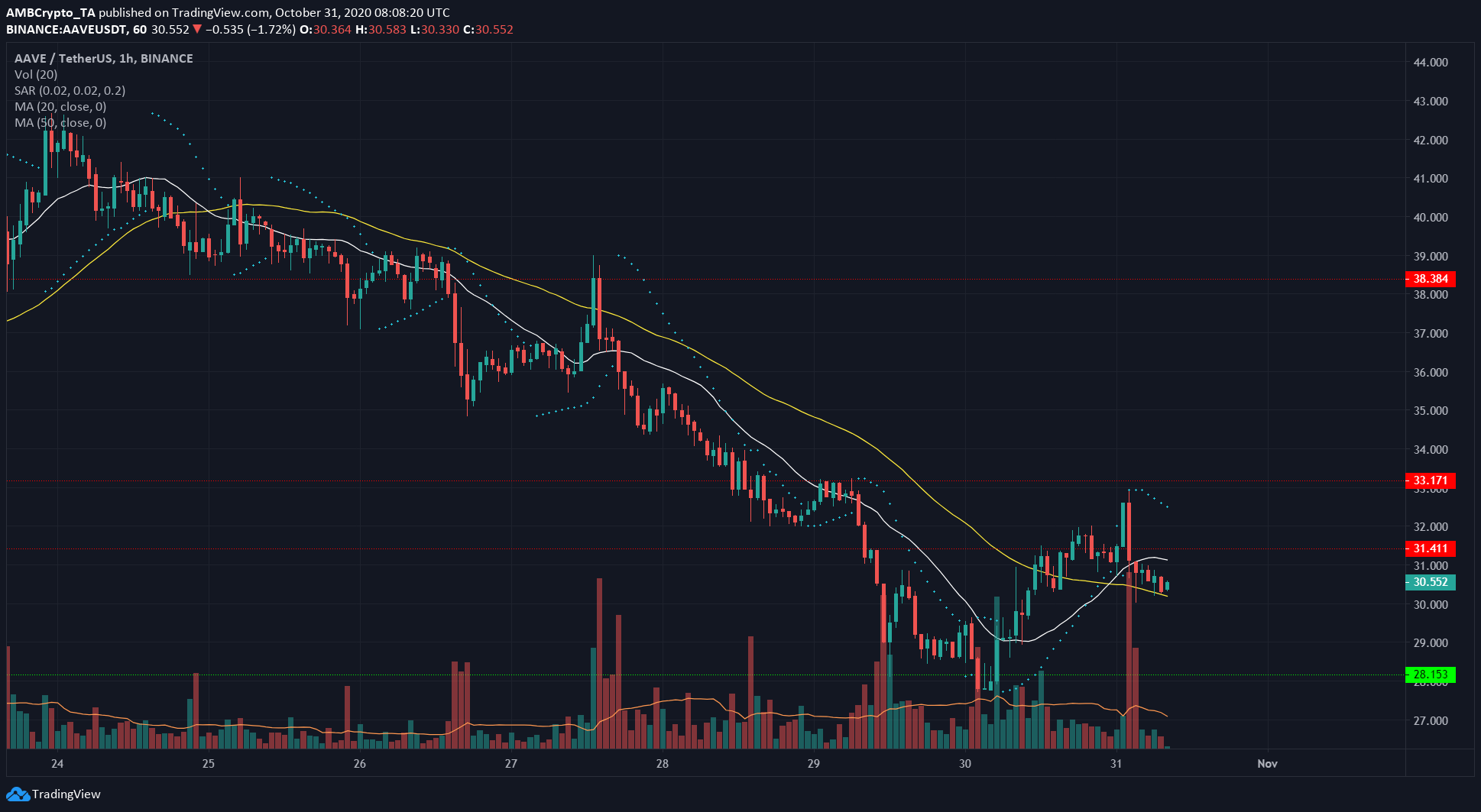 The hourly chart painted a bearish picture for AAVE. It dropped as low as $28.15 and managed to bounce to $33, but was rejected strongly.

The trend over the past week has been bearish, with the recent move upward being a bounce in a downtrend. A close beneath 50-period moving average (yellow) could signal further bearish strength in the short-term.

The Aave Protocol officially handed over the admin keys to its decentralized governance community. 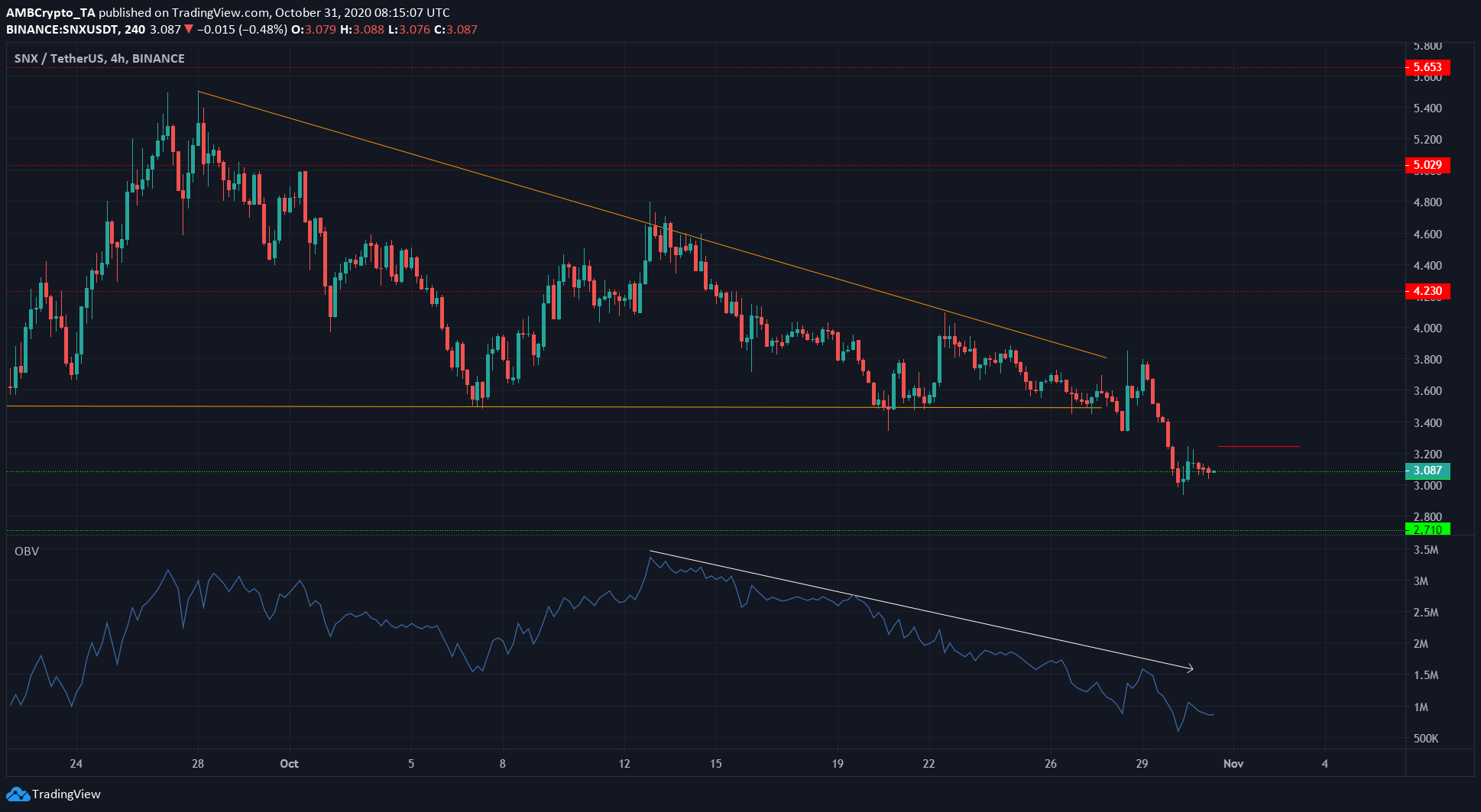 SNX formed a descending triangle pattern, which generally sees the price break to the downside.

In this instance, whales went stop-loss hunting as the price faked a break to the downside, moved back up to nearly $3.7, and then broke downward.

SNX had a level of support at $3 and might experience a brief move upward to $3.2 before another plunge.

The OBV showed that selling volume has been persistent in the past couple of weeks and sellers could force the price lower in the coming days.

Can Bitcoin sway gold’s investors in its favor?