The bearish market sentiment was reflected by Litecoin and IOTA as they dropped strongly beneath support over the past 24 hours. Synthetix has not seen much buying volume over the past few weeks and could see a deeper correction. 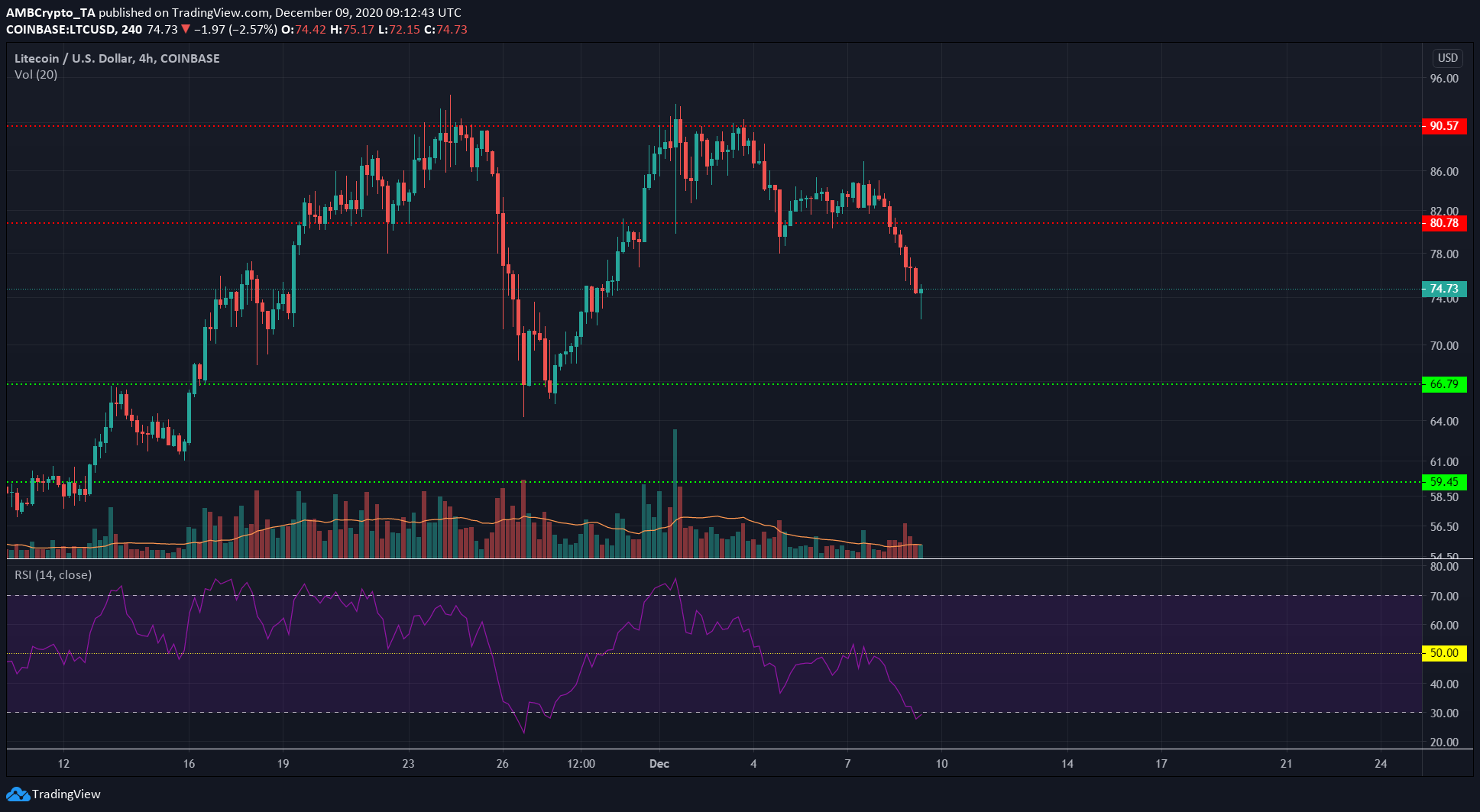 LTC saw the $80 support lose its footing decisively over the past 24 hours and bears pushed the price as low as $72.15 before bulls could mount a small counter-attack.

The region in the vicinity of $73.8 has been a liquidity pocket in recent weeks, and LTC could effect a bounce upward off this zone.

RSI dipped into the oversold region and showed a value of 29, and could fall lower alongside LTC. This does not mean a bounce is imminent or necessary for LTC, but there is a possibility for a bounce.

Momentum remains strongly in favor of the bulls. 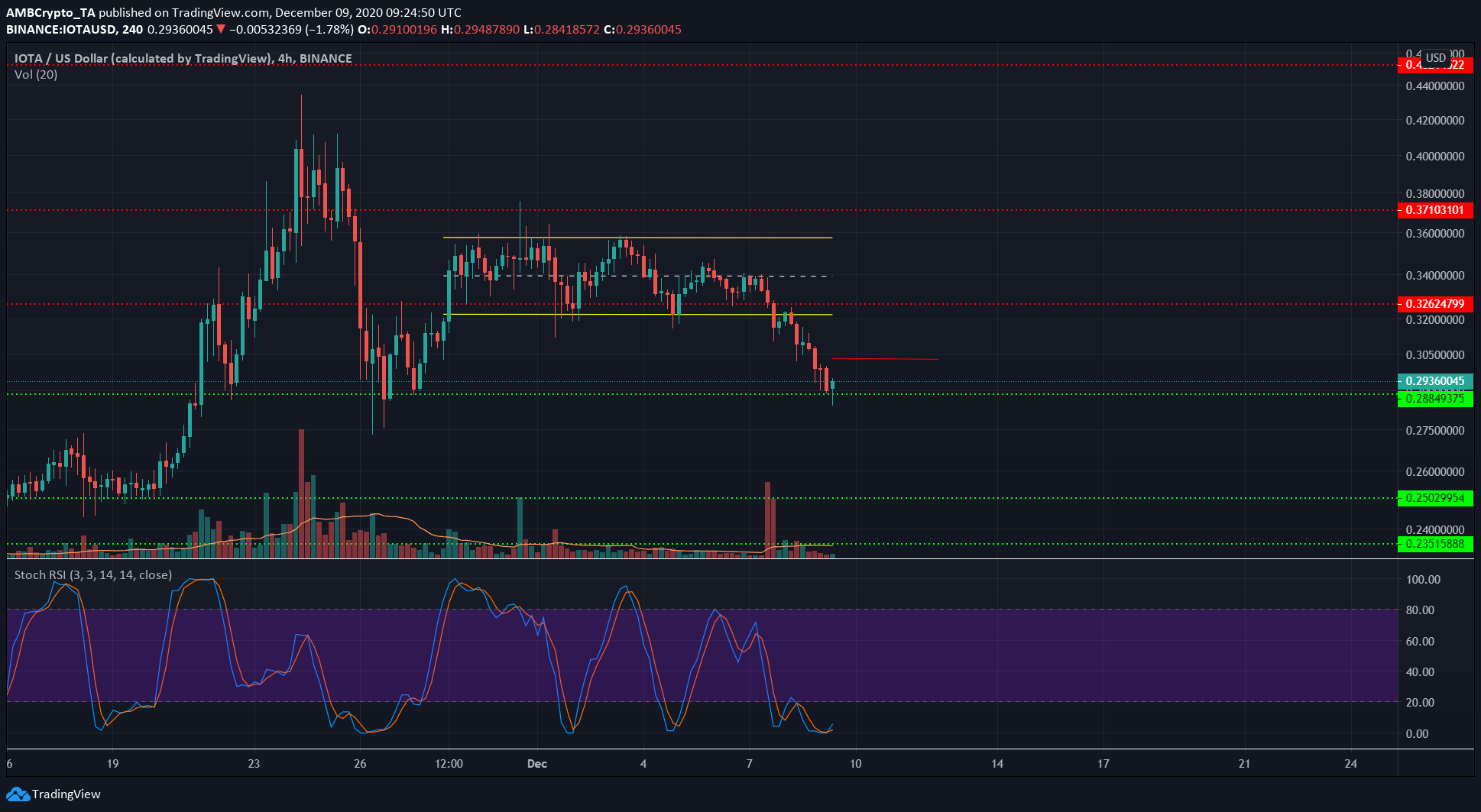 IOTA closed beneath the rectangle pattern, and retested the lower boundary as resistance, and proceeded to descend steadily toward support at $0.288 level of support over the past few trading sessions.

The width of the rectangle is the expected target for a breakout in either direction and this measurement fits very well with the recent losses IOTA suffered.

Stochastic RSI was oversold and, with IOTA at a level of support, a bounce can be expected. The zone at $0.3 could be a good entry for a short position. 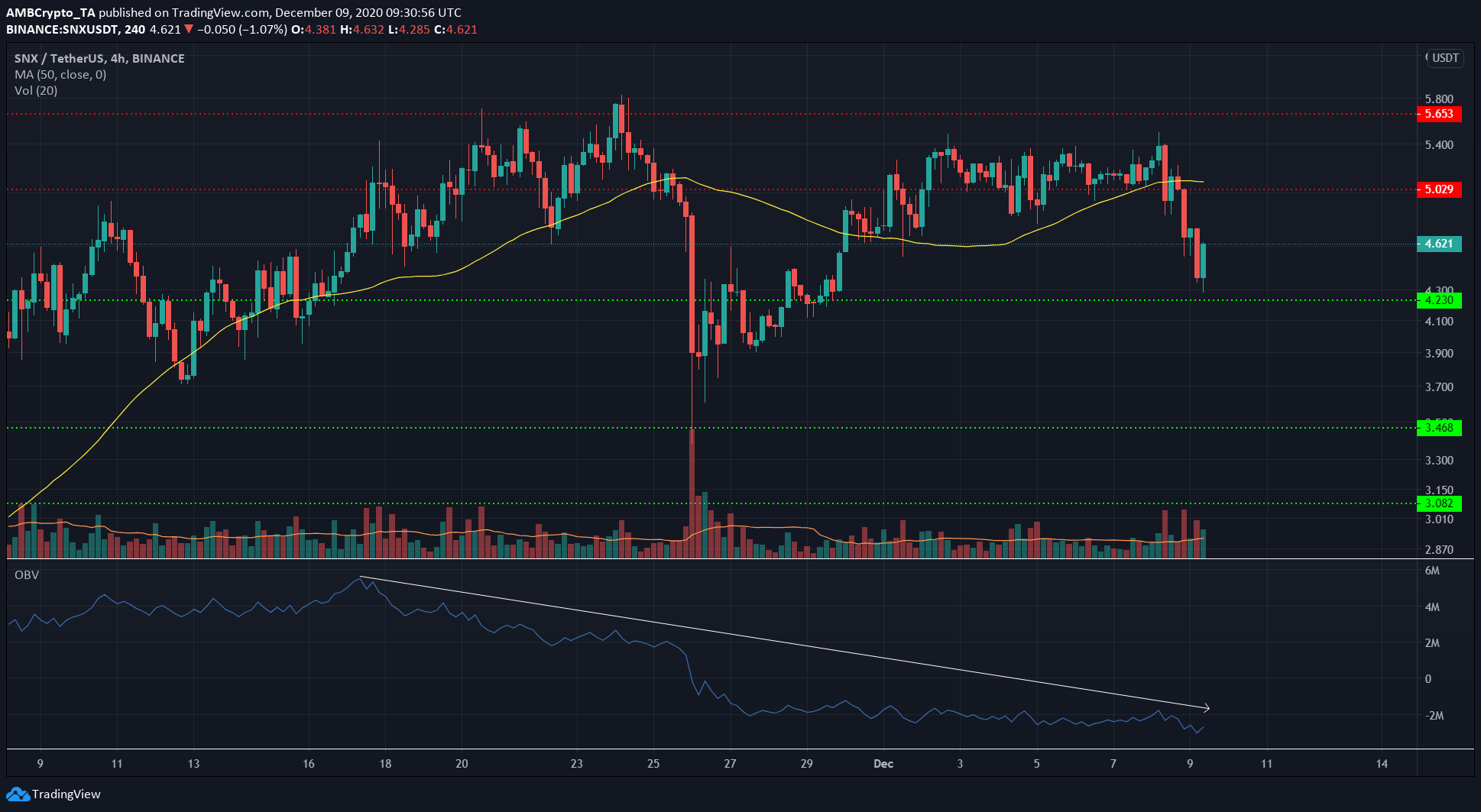 50 SMA (yellow) and the horizontal level of support at $5 were in close proximity for the past couple of days for SNX. This confluence, alongside $5 as a psychological level, means that a drop beneath this level could spell short-term pain for bulls.

Influenced by Bitcoin’s recent move, SNX also fell beneath support at $5 and was trading at $4.62 at press time, registering a near 10% drop.

In recent weeks, the price clung to support at $5 even as OBV showed a lack of buying volume. This highlighted that the recent drop could witness a deeper correction for SNX.

If you sell your Bitcoin right now, chances are, they will end up in this sector’s hands!