Connect with us
Chainlink

Bitcoin rose from $11,200 a few days ago to trade at $12,000 just a few hours before press-time. However, the resistance again proved too strong for Bitcoin to surmount at present. This rejection can be linked to the fact that some of Bitcoin’s on-chain metrics looked weak. Altcoins such as Chainlink and Stellar did not show signs of an imminent surge, and Chainlink especially was trading in between some important levels. Monero on the other hand showed bullishness and could see gains in the coming days as it had an eye on nearby resistance. 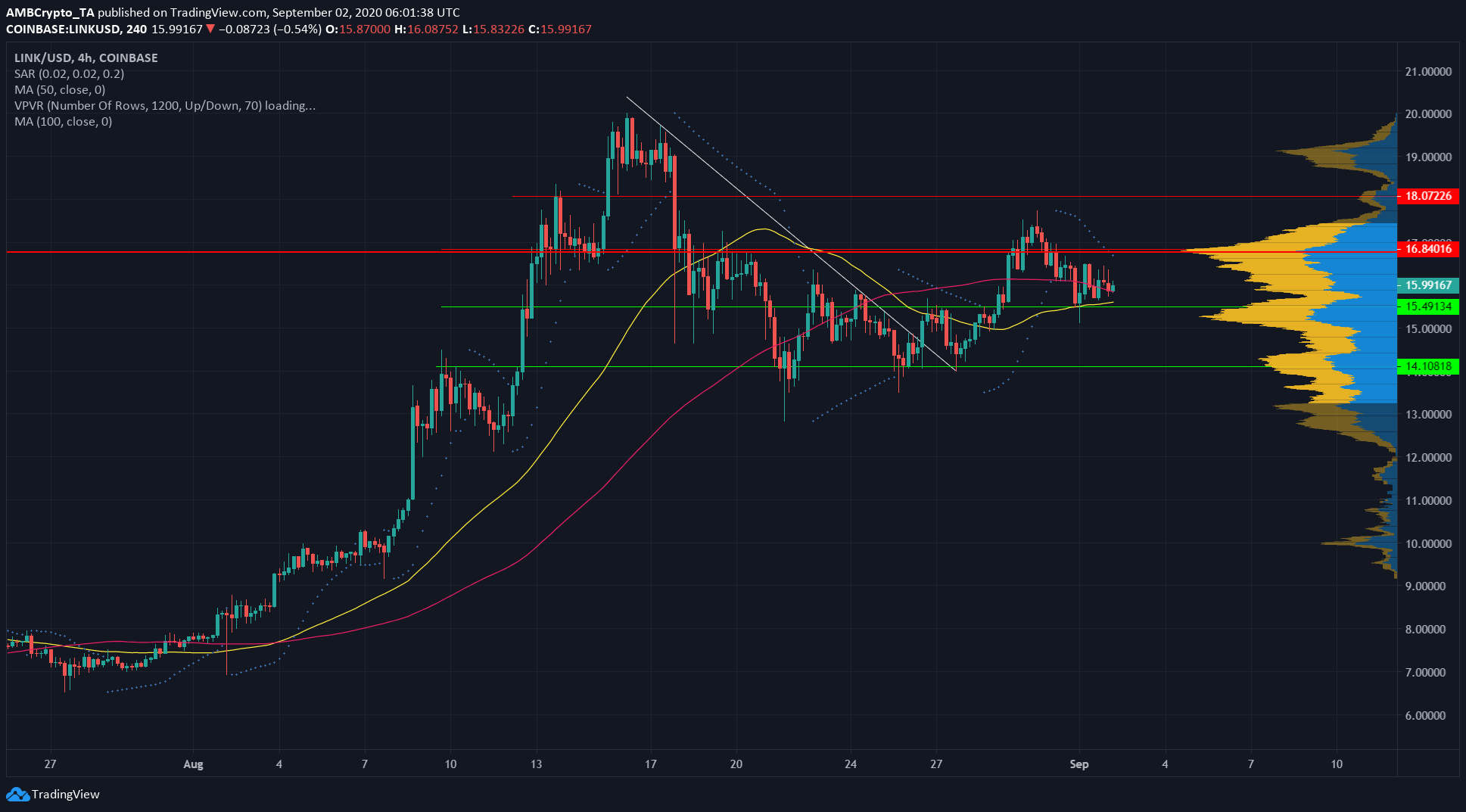 Important zones of intense trading were highlighted by VPVR. This can be used to identify important levels for LINK. IT showed that levels to watch out for were at $15, $14, and the all-important Point of Control at $16.8.

If LINK can ascend and hold above PoC, it could target its ATH. However, it was rejected at that zone recently and might be forced to dip lower before another attempt. 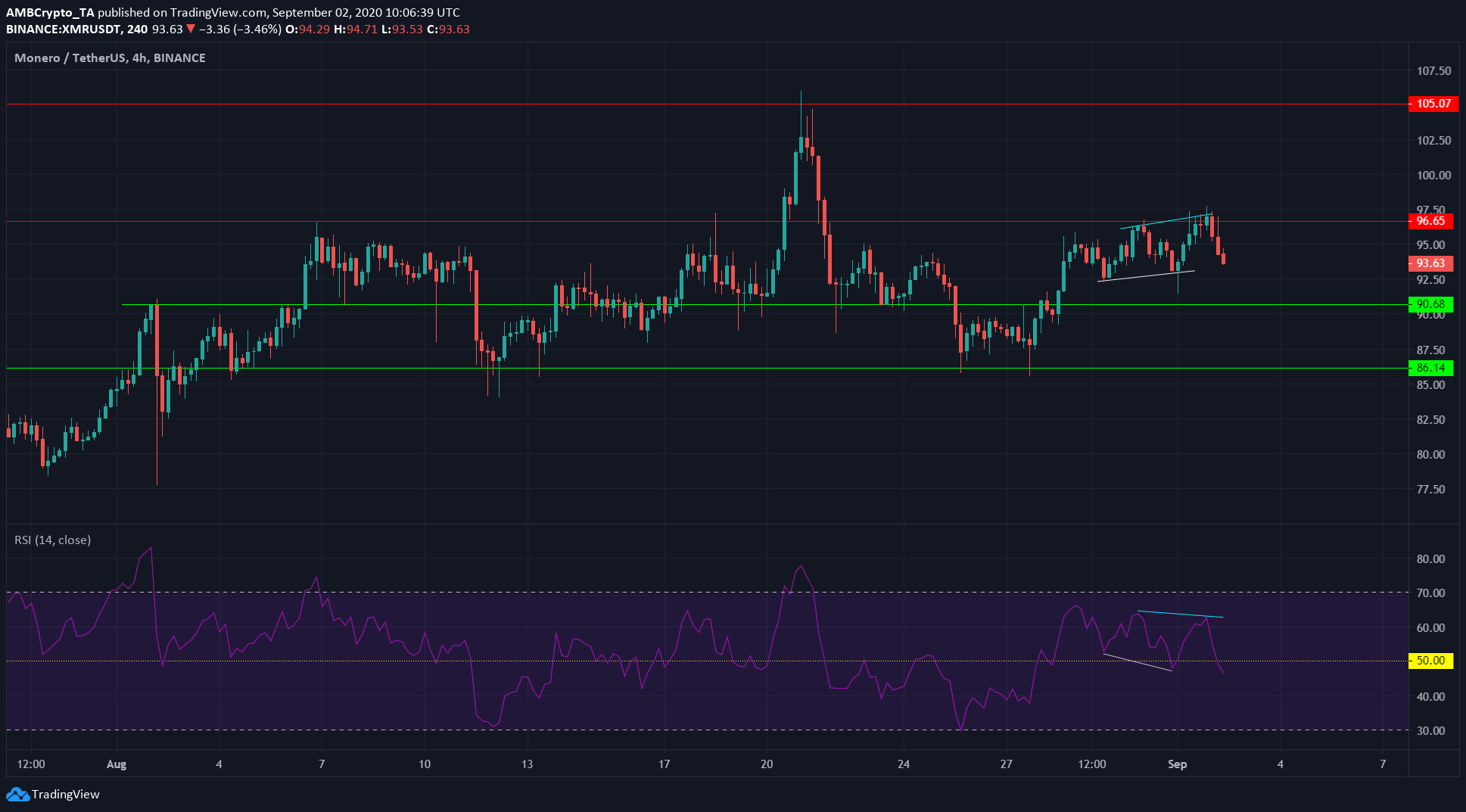 Monero showed some bullishness in the past few days. It exhibited a hidden bullish divergence,  shown by white trendlines, where price made higher lows while RSI (momentum oscillator) formed lower lows. On the back of this divergence, XMR rose to test resistance at $96.

On the same move, XMR also exhibited a bearish divergence, shown by the cyan trendlines. This is where price made higher highs while RSI made lower highs.

As can be seen, XMR got rejected at resistance and looked to be dropping toward the $90 support zone. 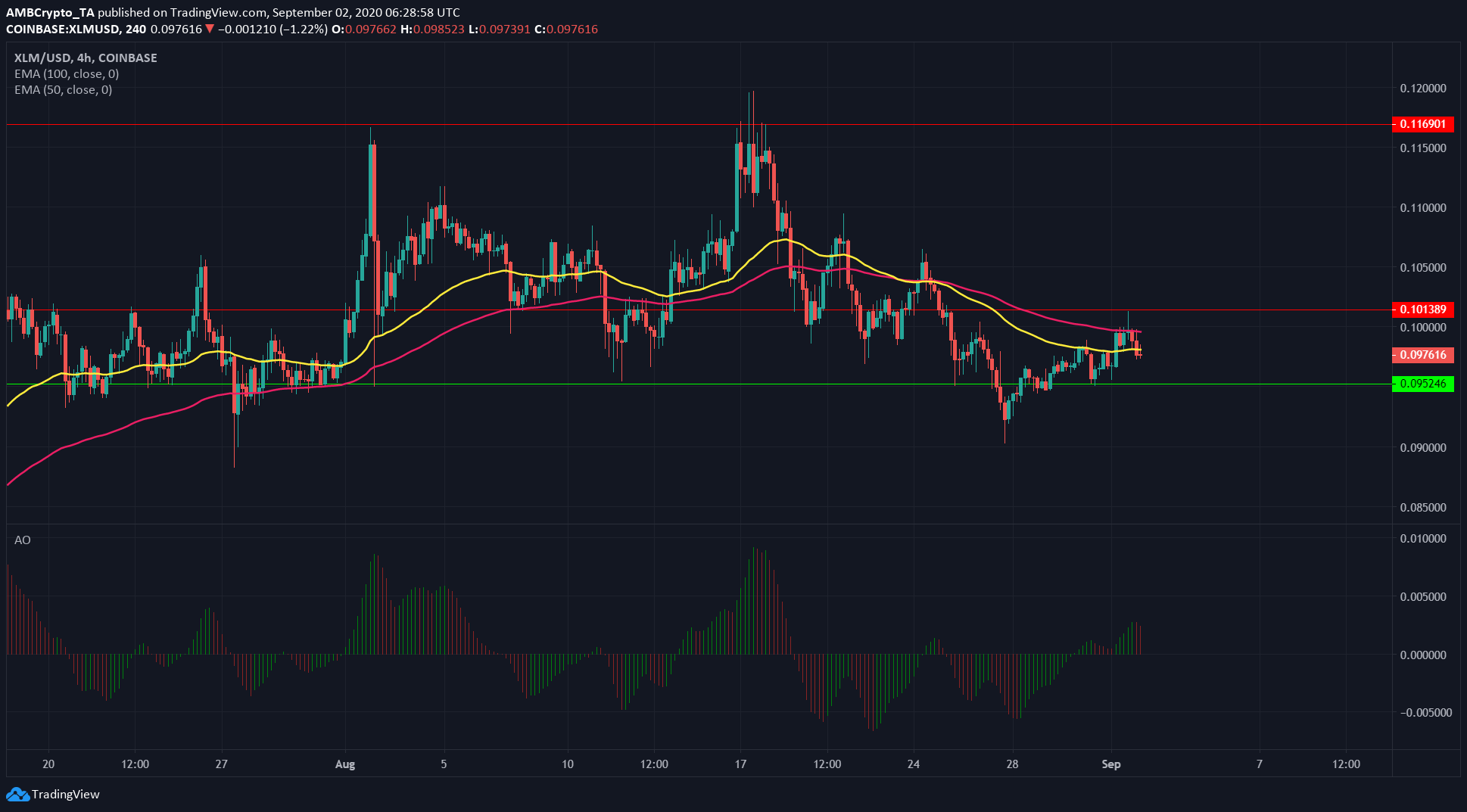 Stellar Lumens announced a live and operational SEP-30 on the Vibrant app. SEP stands for Stellar Ecosystem Proposal, and SEP-30 provides the user with a solution for key management and key recovery.

In the market, XLM was rejected strongly at resistance at $0.101 zone. Its 100 EMA (pink) also served as resistance, with price unable to close above the moving average.

The 50 EMA (yellow) had also crossed beneath the 100 EMA in the past few days, confirming XLM’s bearishness.

Awesome Oscillator showed that XLM momentum still stayed positive, but unless $0.101 resistance is reclaimed, a bullish case for XLM in the short-term is unconvincing.

Crypto wallet MetaMask will now be available on iOS, android