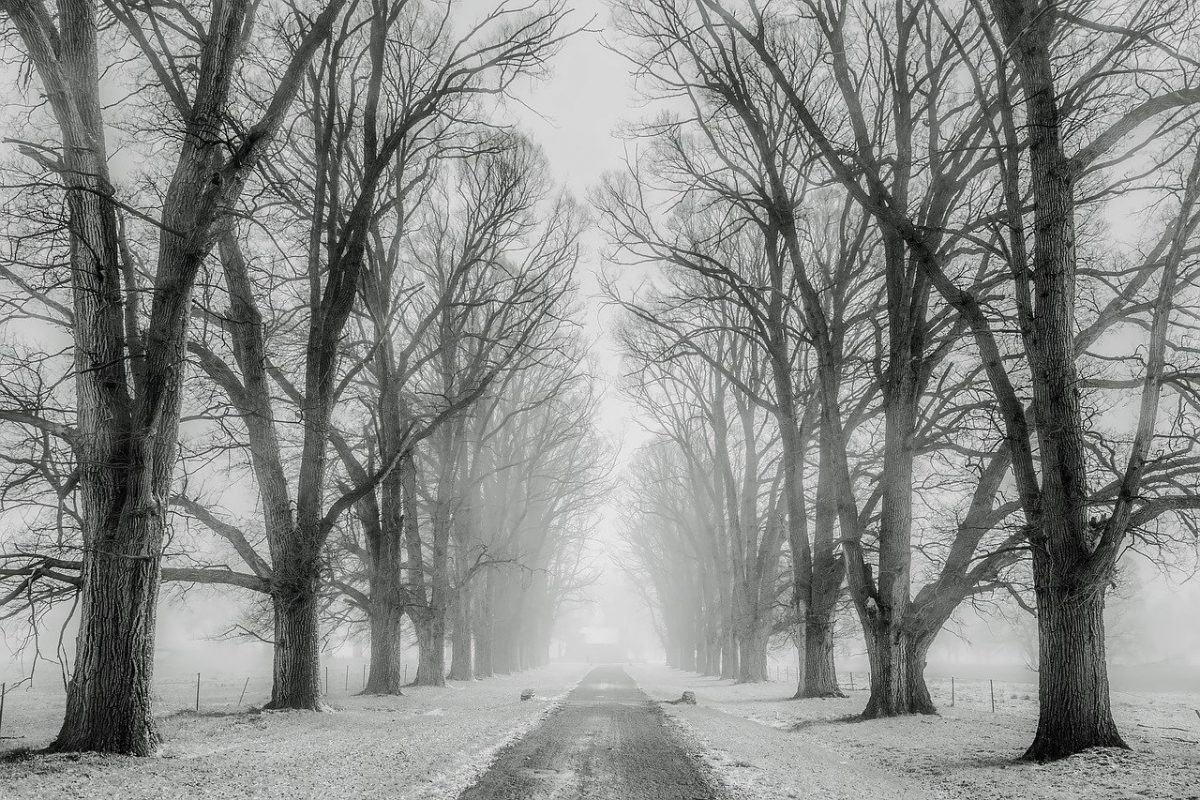 Bitcoin Dominance climbed to 61.55, as fear and bears continued to hold sway over crypto markets. Bitcoin SV and Cosmos were holding on to a support level, while Zcash exhibited a bullish signal. 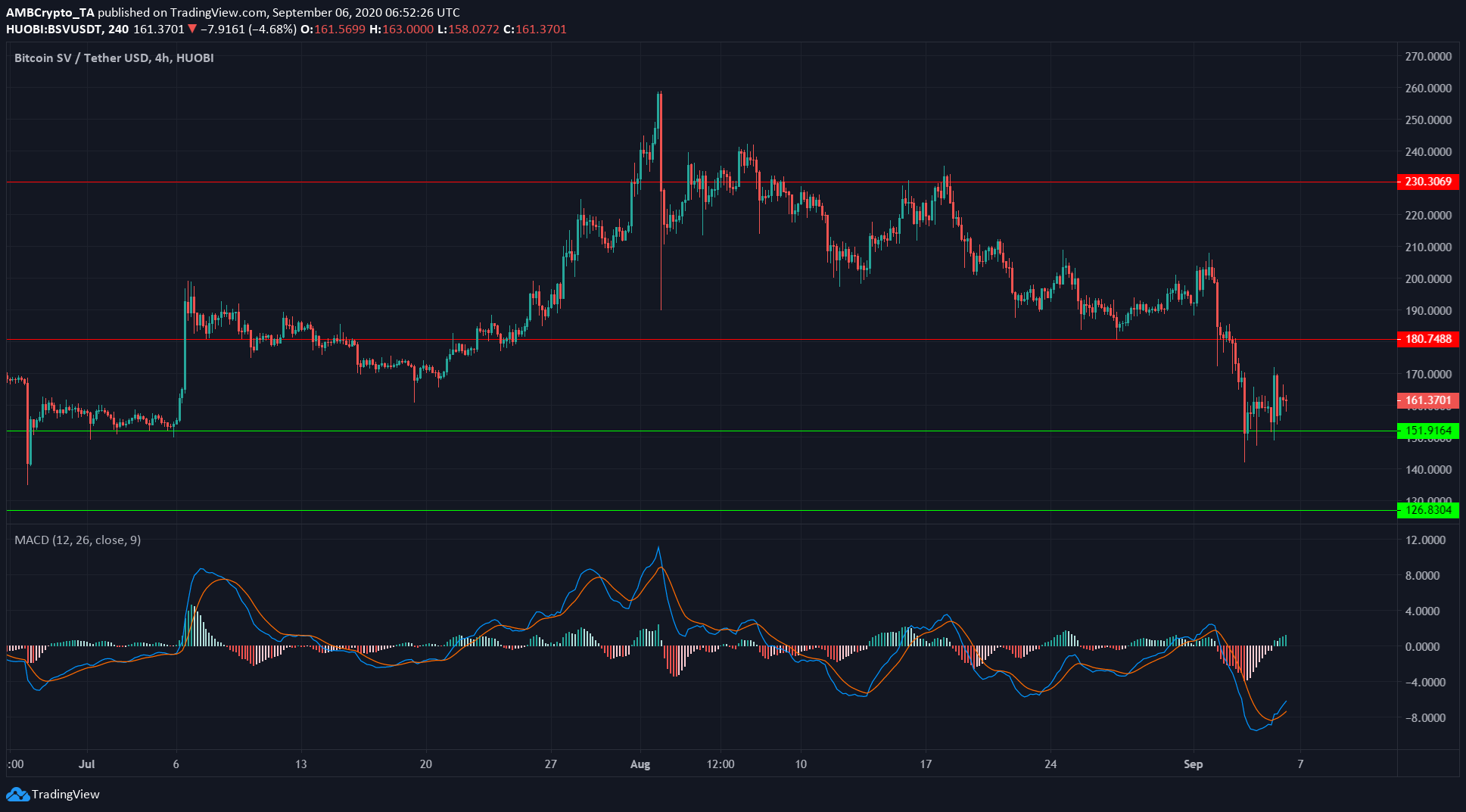 Bitcoin SV bounced off support level at $151, and was trading at $161 at the time of writing. On the back of this bounce, MACD showed a bullish crossover and generated a buy signal.

The overall market conditions are significantly bearish, and selling pressure dominated. BSV might be able to hold on to support at $151. 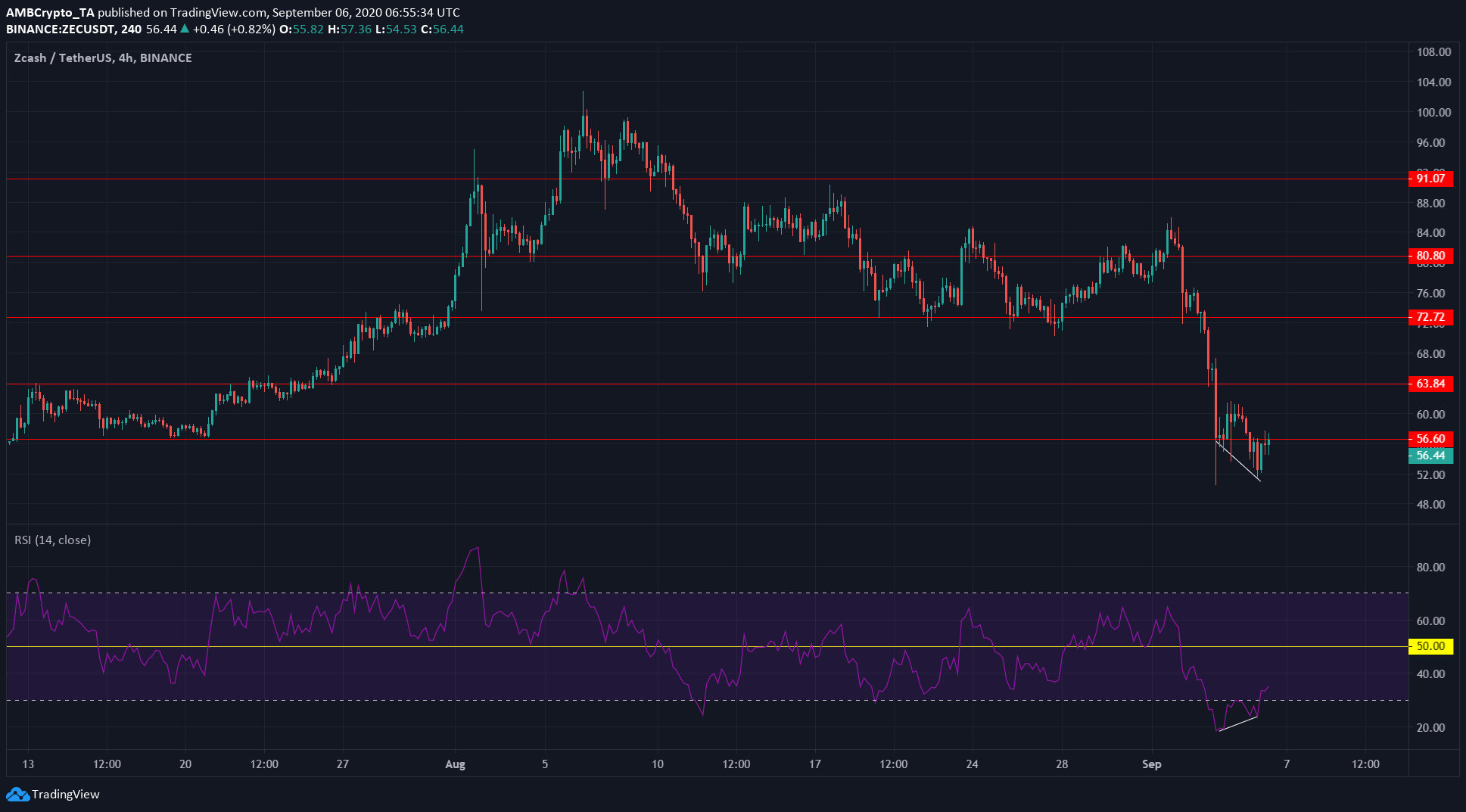 Zcash crashed through support levels. $56 level seemed to have halted its descent for a short while, but ZEC dropped through this level also. At the time of writing, RSI showed a value of 34.3, which indicated bearishness.

It was possible for ZEC to move above resistance level $56, but it remains likely that ZEC would not be able to hold on to that level. 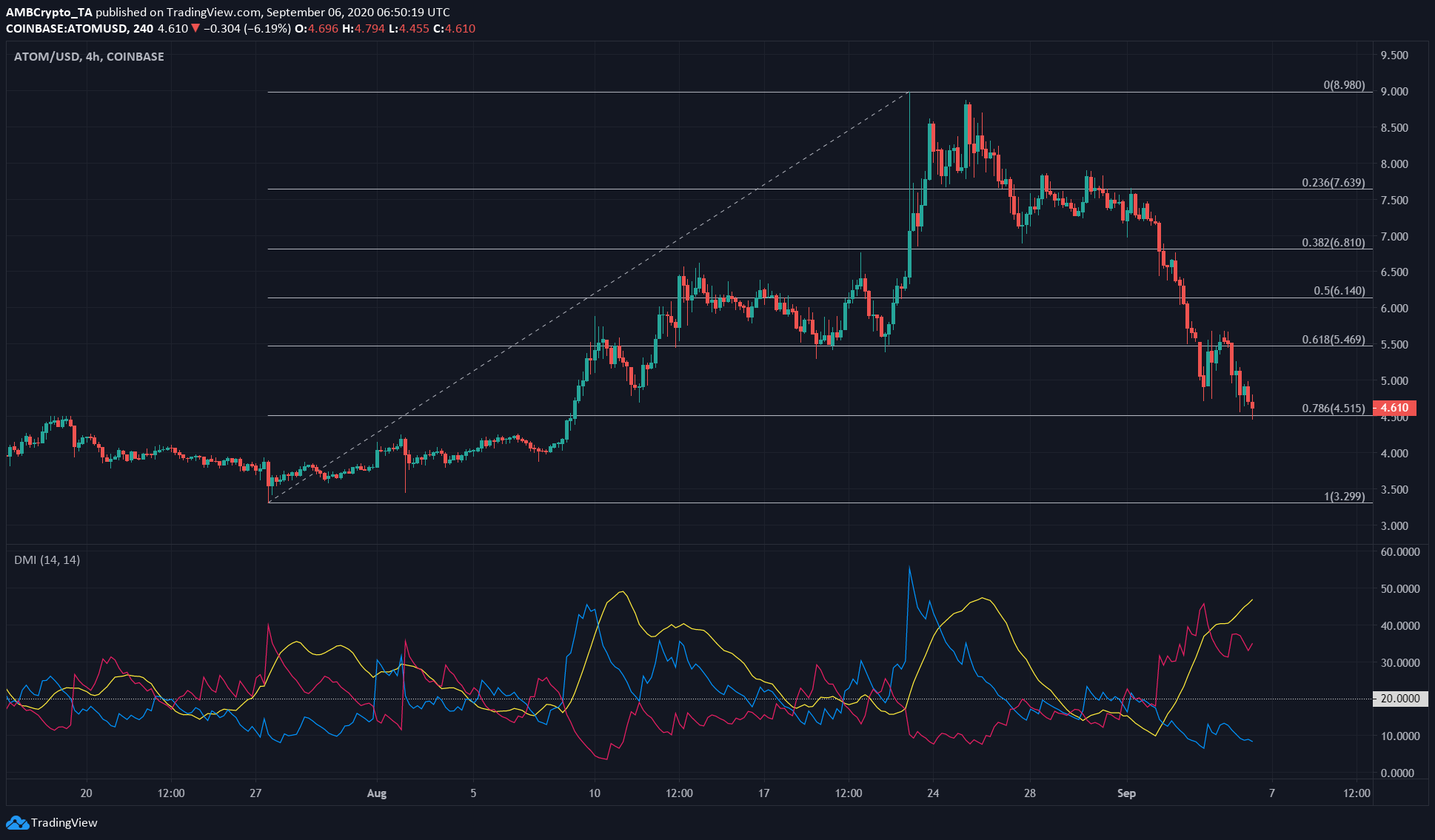 Cosmos lost 78.6% of the gains it had made since the end of July. Important levels of retracement were highlighted by the Fibonacci Retracement tool.

According to DMI, it was still going strong. ADX (yellow) was above 40, while -DMI (pink) was dominant.

$4 support could be tested in the coming days if selling pressure remained as strong.

Binance is the biggest crypto-exchange, (but) Binance Coin is undervalued