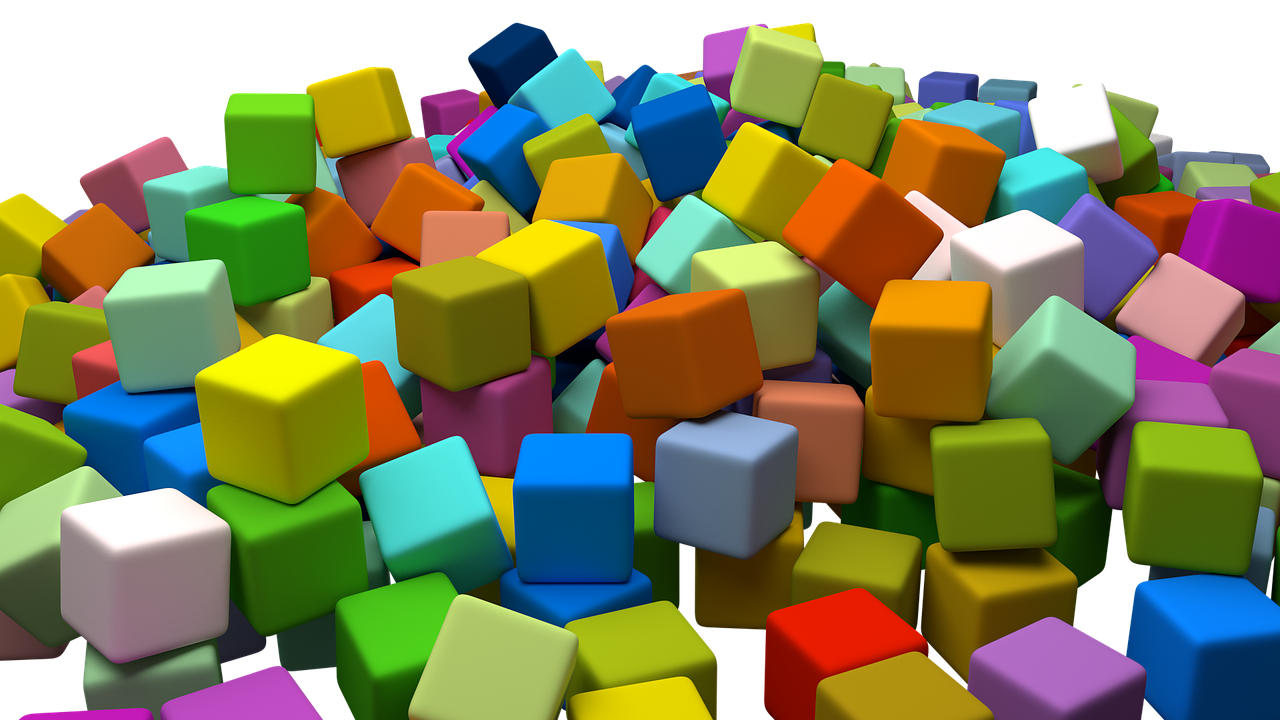 The cryptocurrency market has been moving like a crab, sideways. Due to low volatility in the market, the traders have been holding with an expectation of a price surge, but that has only resulted in an increased consolidation. The major crypto Bitcoin has remained under $9.3k for some time now, and due to a strong correlation with major assets, altcoins have been experiencing restricted movement. This was an observed trend in June, which resulted in the total spot volume to drop by 49.3% to $642.6 billion.

This stagnation of spot volumes spilled over to the derivatives market as the volume dropped by 35.7% in June to $393 billion. This was the lowest monthly volume in 2020. 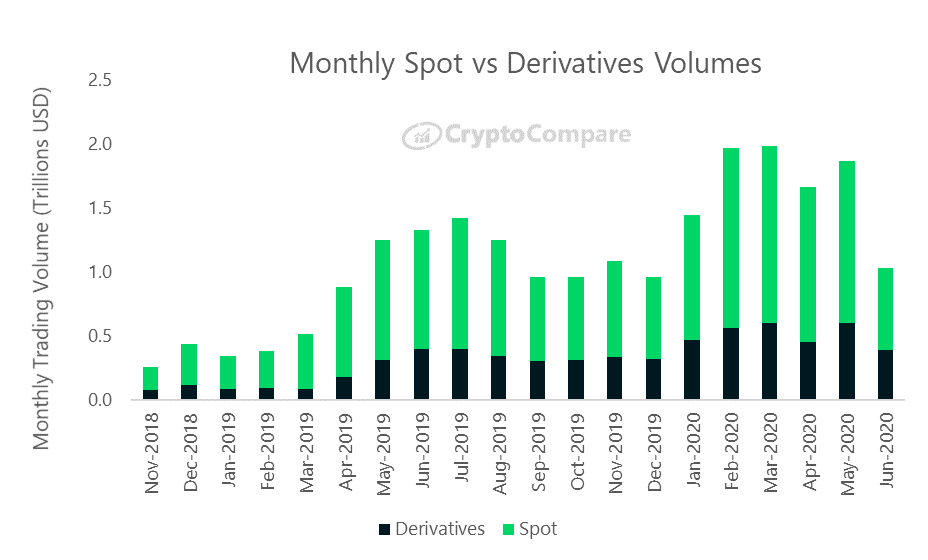 Despite the fall, the derivative market share increased and represented 37% of the market in June, compared to 32% in May. As the dull movement of the spot market spread across the crypto market, the derivatives platforms noted a falling trading volume. BitMEX that was the prominent derivatives platform for Bitcoin saw the volume decrease most proportionally by 50.3% to $51.6 billion. Whereas the institutional interest was not hit as bad.

According to data provided by BitMEX research, the CME trading volume fell only by 16.6% totaling $6.65 billion in June. CME futures volumes decreased by 23% to reach 128,258 in June, whereas CME options noted a peak of 8,444 contracts traded. This was an increase of 41% since May, however, it was not an all-time high. 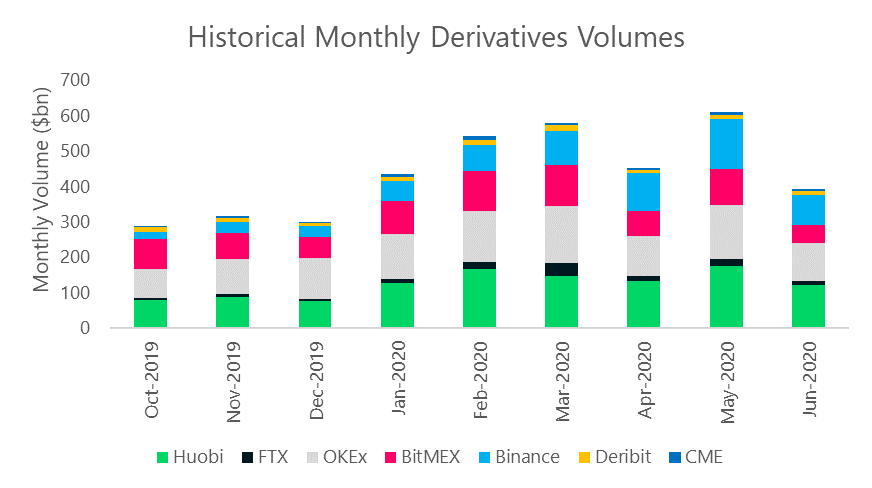 On the other hand, other derivatives platforms like Huobi, OKEx, and Binance noted a falling trading volume of 38.3%, 30.4%, and 34.2%, respectively.

Even though, the spot market was not bloodied by the bear’s attack, the stagnation caused as much loss for the top tier volumes and low tier volumes as the trust of users was lacking. According to Alternative.me, the current sentiment in the market is also fearful, indicating caution practiced in the spot market, which may also impact the derivatives market in July, like it did in the previous month.