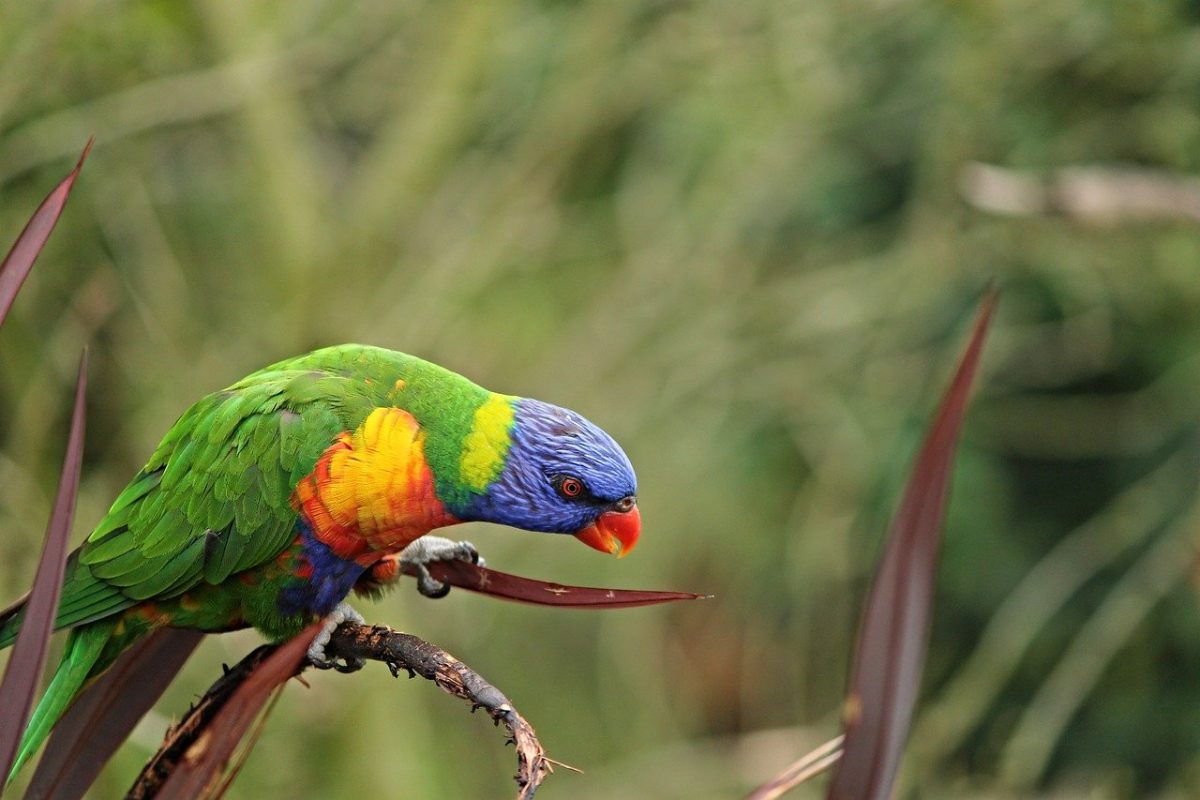 The fear in the crypto space spiked in tandem with a drop in the stock market. Crypto Fear and Greed Index was at 43, compared to the previous day’s 47. However, Bitcoin’s outlook remained healthy in the long run. Crypto.com Coin’s charts suggested no change in its bearish outlook, nor did Stellar Lumens. Algorand formed a bullish reversal pattern that could take a few days to develop. 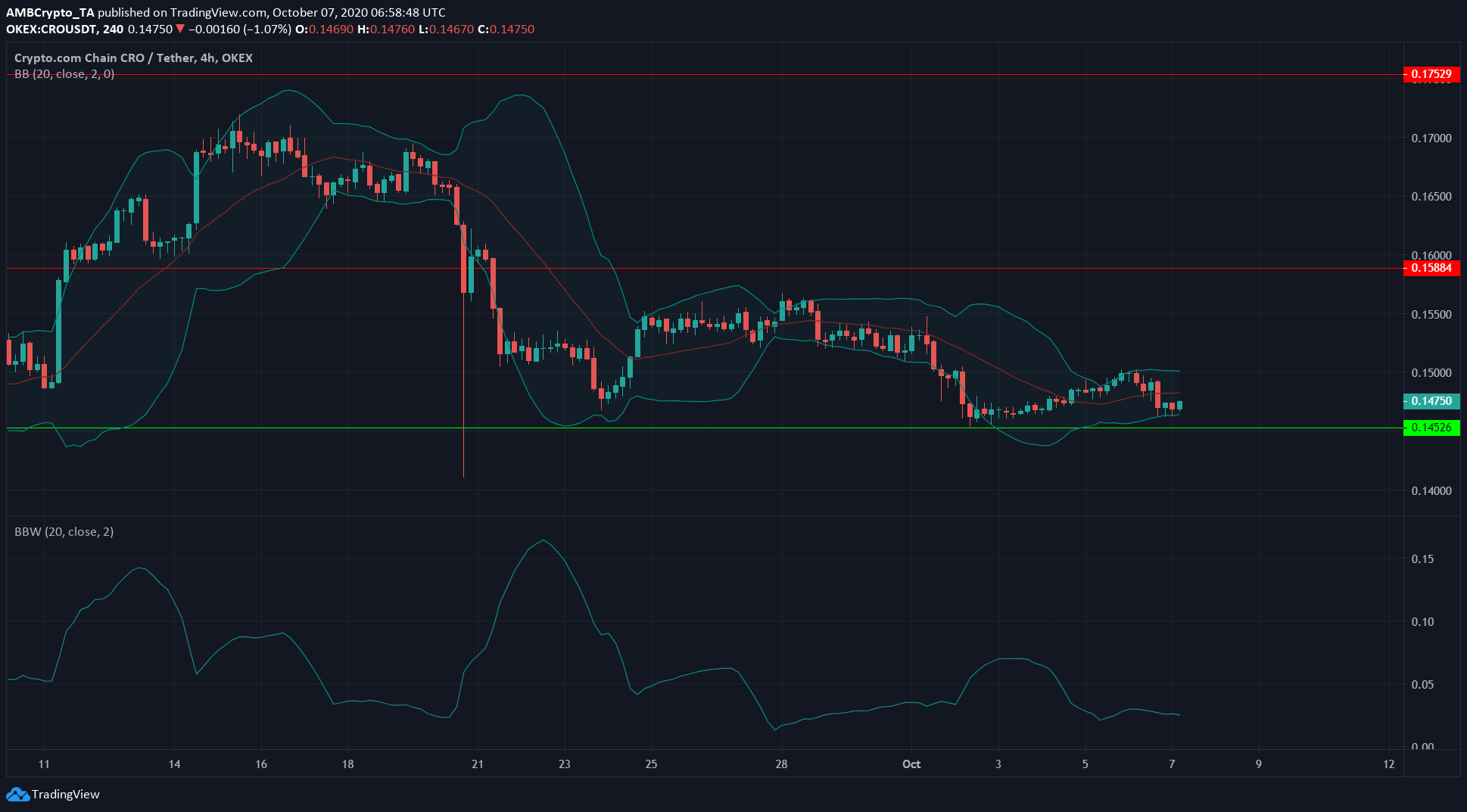 The Bollinger bands were relatively tight around the price, although the mouths had been more tightly contracted in recent days. When CRO broke to the downside of the prior contraction, it tested and bounced off support at $0.145.

However the bounce formed a lower high, and CRO was trading at $0.146 at press time. The lower high and general sentiment of fear in the market suggested a drop beneath support for the asset in the near-term. 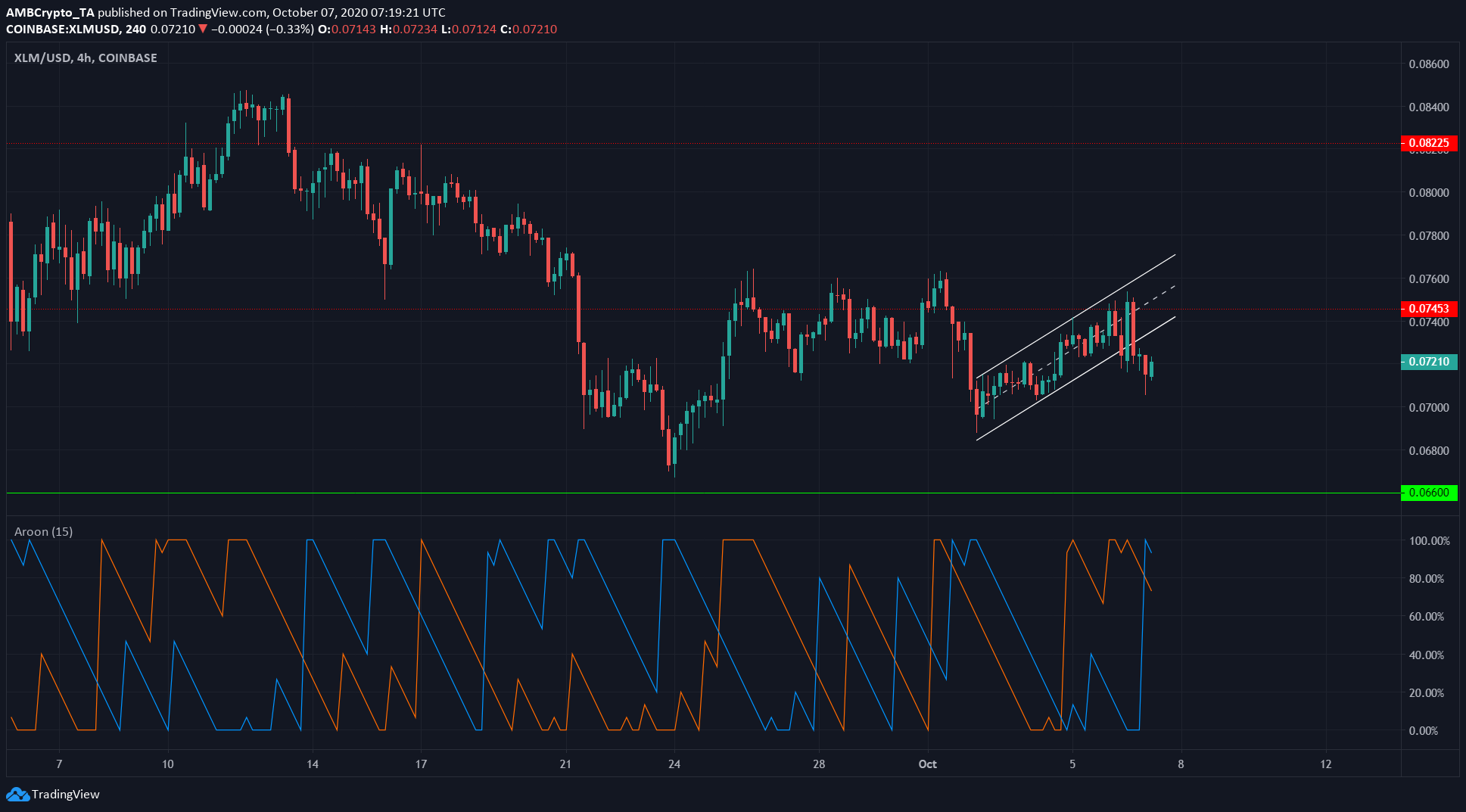 XLM was moving within an ascending channel but broke strongly out of the channel to the downside. The next level of support for the asset was $0.066, although XLM was likely to find good support at the $0.07 zone.

The Aroon Indicator showed that the trend was predominantly bearish, with brief periods where the price made small gains before slumping further. At press time, Aroon Up (orange) crossed beneath Aroon Down (blue), indicating a continuation of the downtrend.

This was the fourth time in two weeks that XLM was rejected from the zone of resistance at $0.075, and the most recent attempt formed a lower low. This was a sign of strength from the bears who had been able to drive XLM down on each attempt. 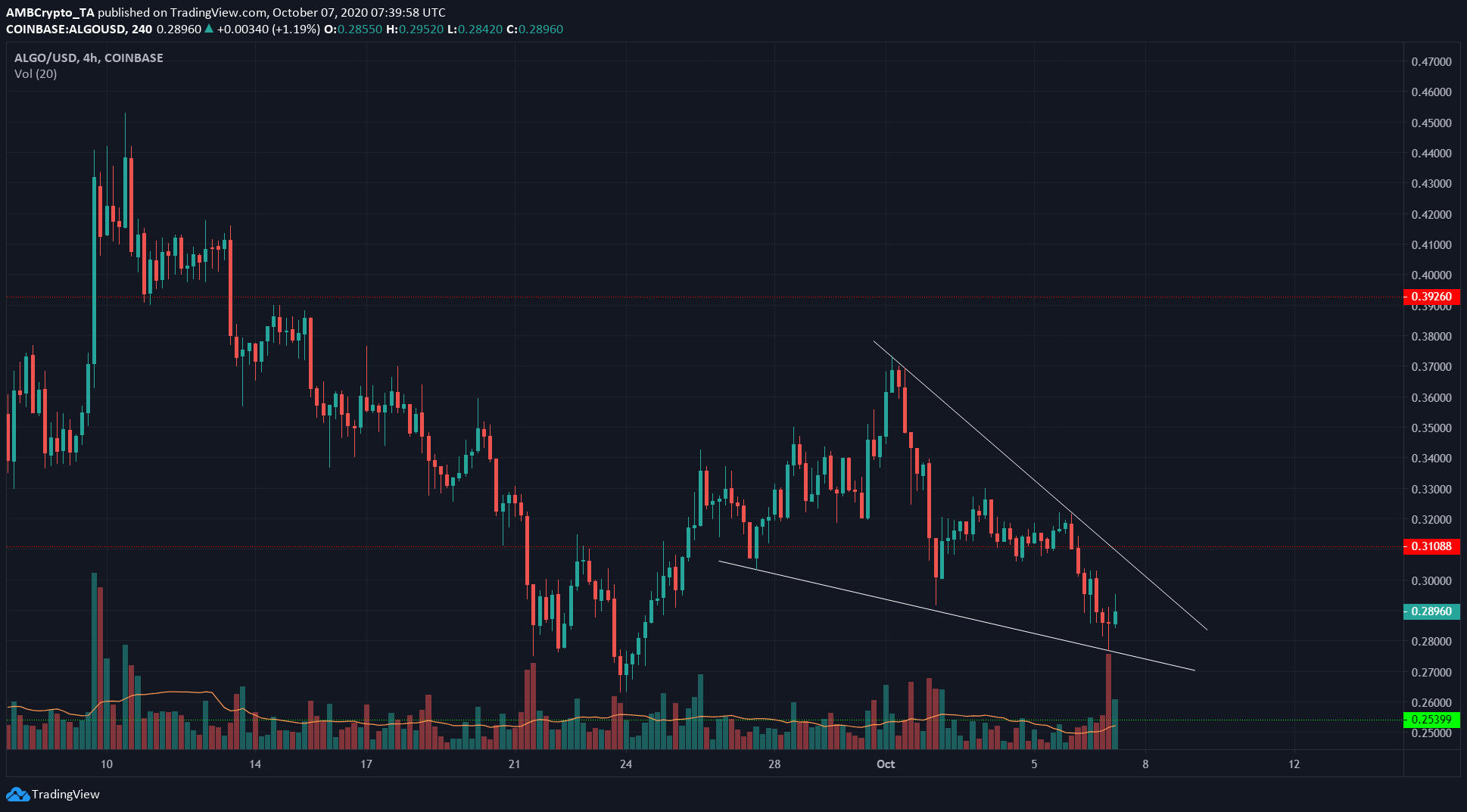 Algorand was forming a falling wedge (white) a bullish reversal pattern. A breakout to the upside can be a good entry for a long position.

However, in the near-term, the pattern was not yet validated. It was likely that the next couple of days would see lowered volatility, before a possible breakout to test resistance at $0.31.

The trading volume was well above average recently. Within the pattern, it is not especially important but a break to the upside would be required to have good trading volume.

US Treasury and Federal Reserve are ‘studying’ potential of CBDC