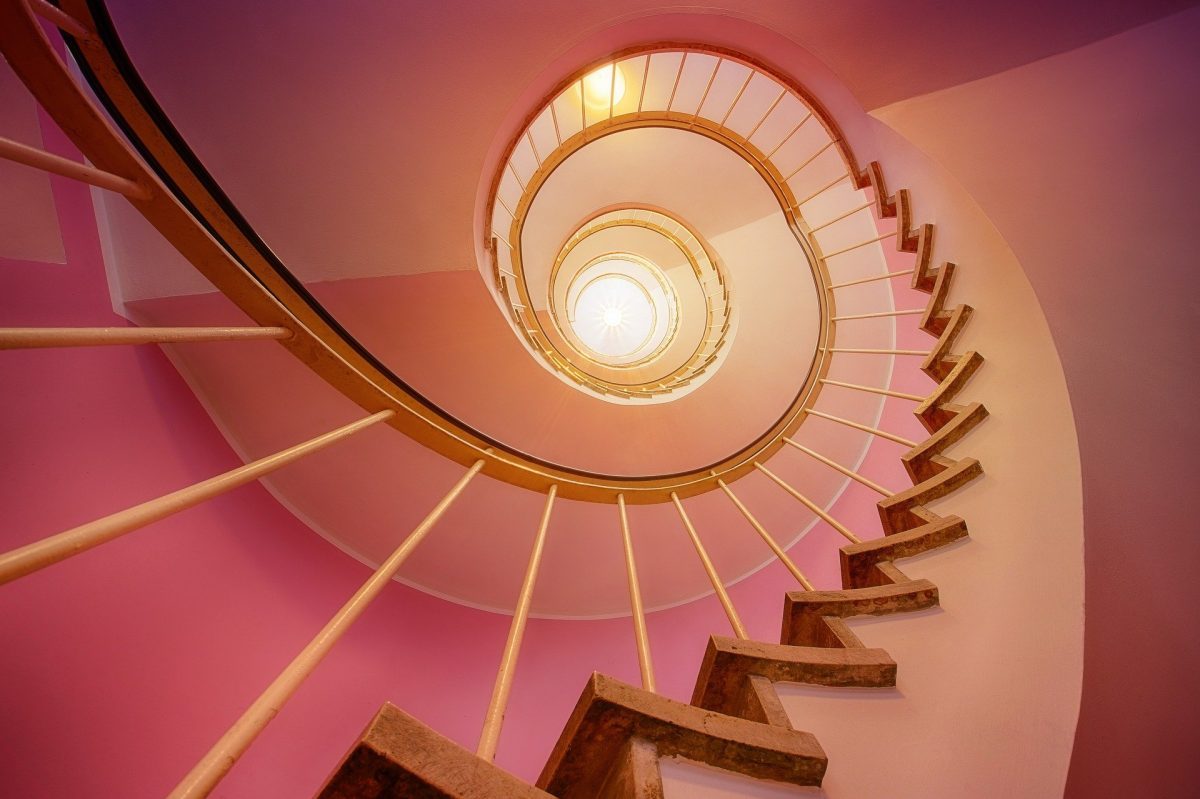 Cardano noted a surge of over 12% in the last 48 hours, with ADA’s price chart picturing $0.0089 as its temporary bottom. At press time, however, the market was still deciding if this pump was an impulse wave or a fake pump. Should it turn out to be the latter, then we can expect the price to retrace its surge. However, if it’s the latter, we can expect a small correction on the charts.

Either way, one needs to keep an eye out for Bitcoin as the correlation of alts with BTC is strong enough to sway altcoin price movements. The following article takes a look at the long-term scenario for ADA and what to expect. 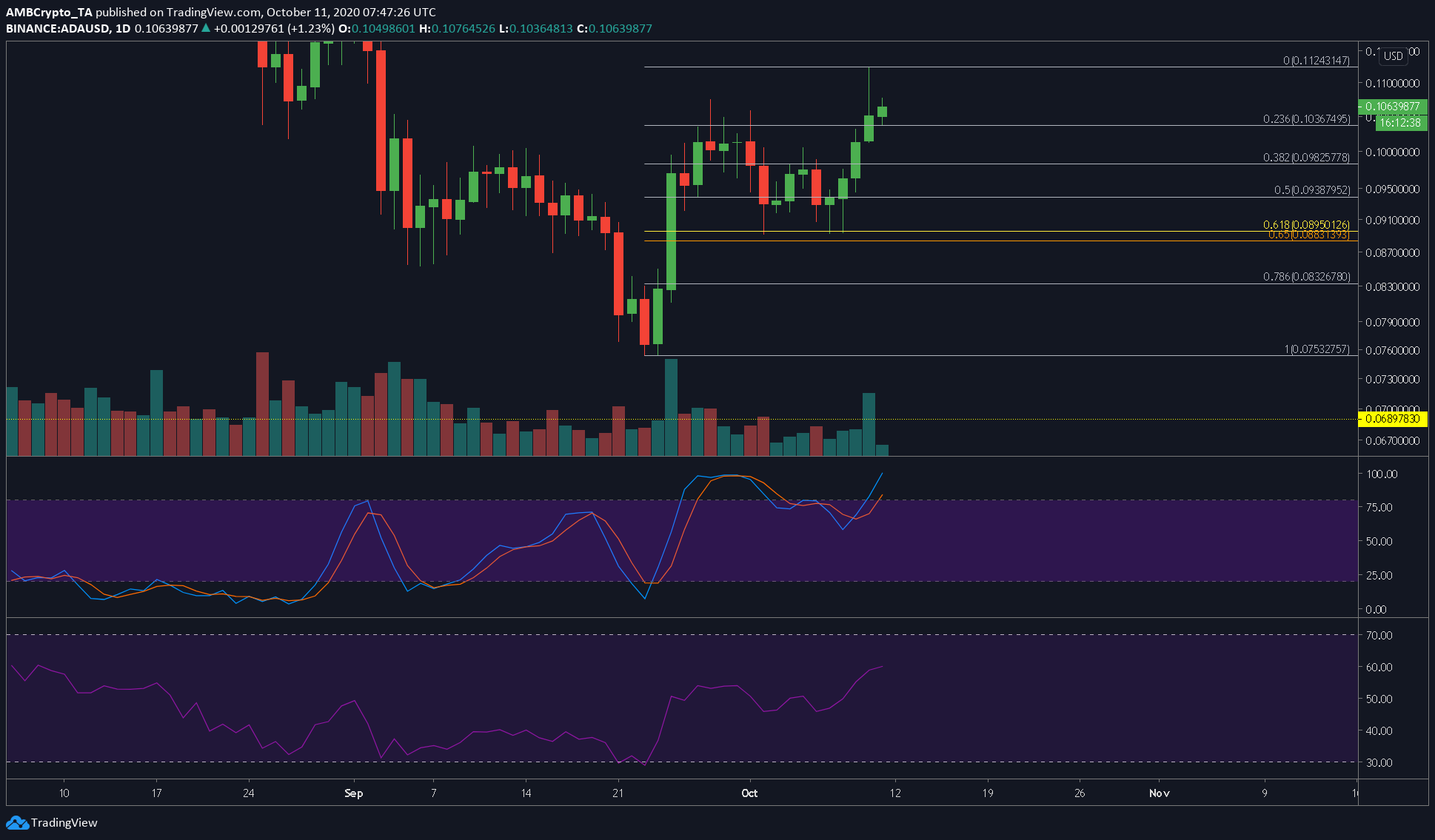 From the attached chart, we can see that the first pump pushed ADA to the 0.236-Fibonacci level. The interesting thing here was the retracement, which found support in the golden pocket [between 0.618 to 0.65 Fib levels]. This bounce pushed ADA by 25%, however, the price, at the time of writing, was on a path towards correction.

The altcoins’ fate depends on Bitcoin. If Bitcoin moves with strong volumes, altcoins follow. Bitcoin’s latest movement after CashApp’s announcement kickstarted this pump. Bitcoin has since hit $11,500 and was in a correction wave, much like ADA, at press time. 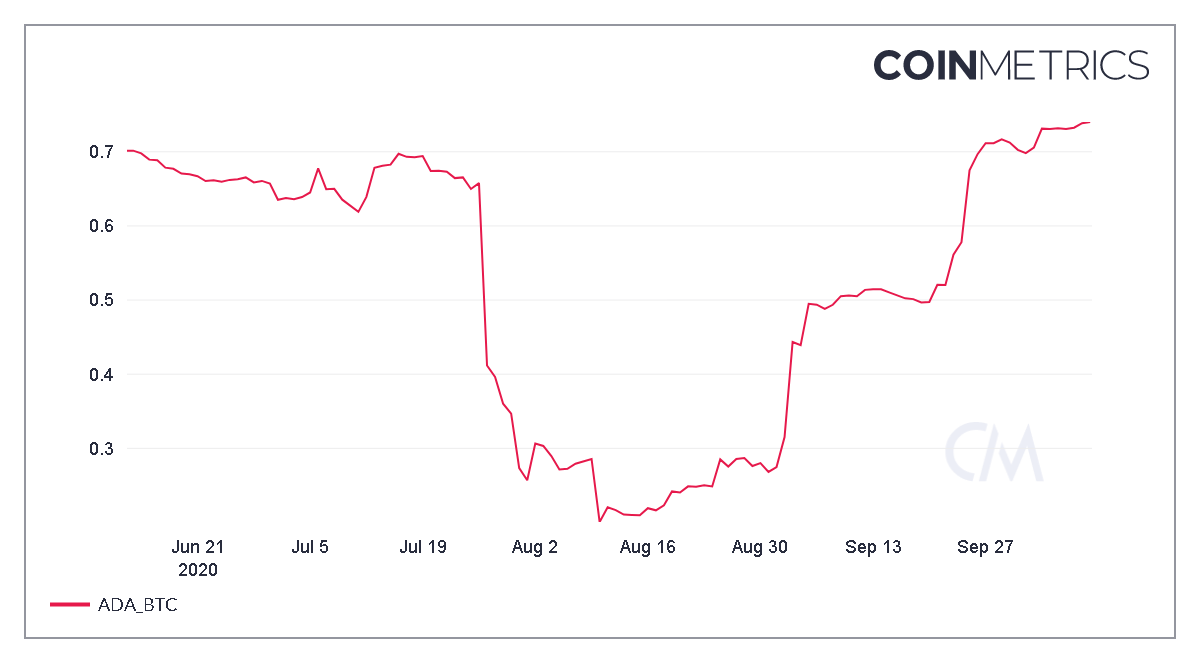 Finally, the correlation chart showed that ADA and BTC’s 3-month Spearman correlation had reached a new high of 0.7406. Hence, we can expect ADA to promptly follow the path set by Bitcoin, the world’s largest cryptocurrency.