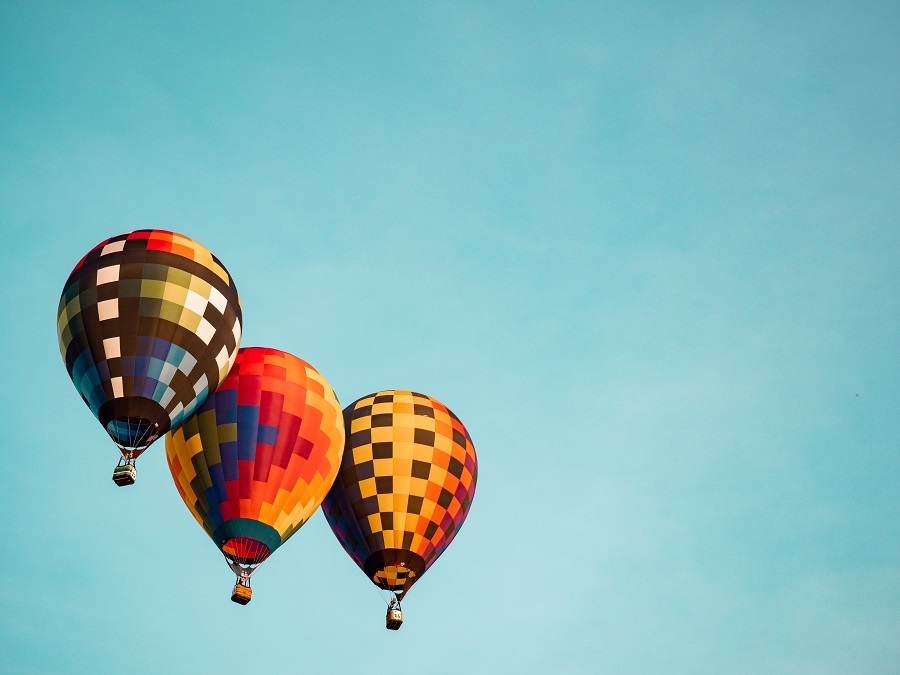 Ethereum aka the world computer is considered to be the leader of altcoins; partly due to its emergence as a top altcoin and partly due to its popularity. However, even with its massive market cap and popularity, it can’t seem to get away from Bitcoin’s crash.

At press time, Ethereum’s triple top had been confirmed and the price was continuing to bleed like an uncauterised wound. Since the start of 28 February, the price has fallen from a high of $234 to $213, a ~10% drop in 12 hours or so. With Bitcoin collapsing without a stop, there seems to be more of this downfall. 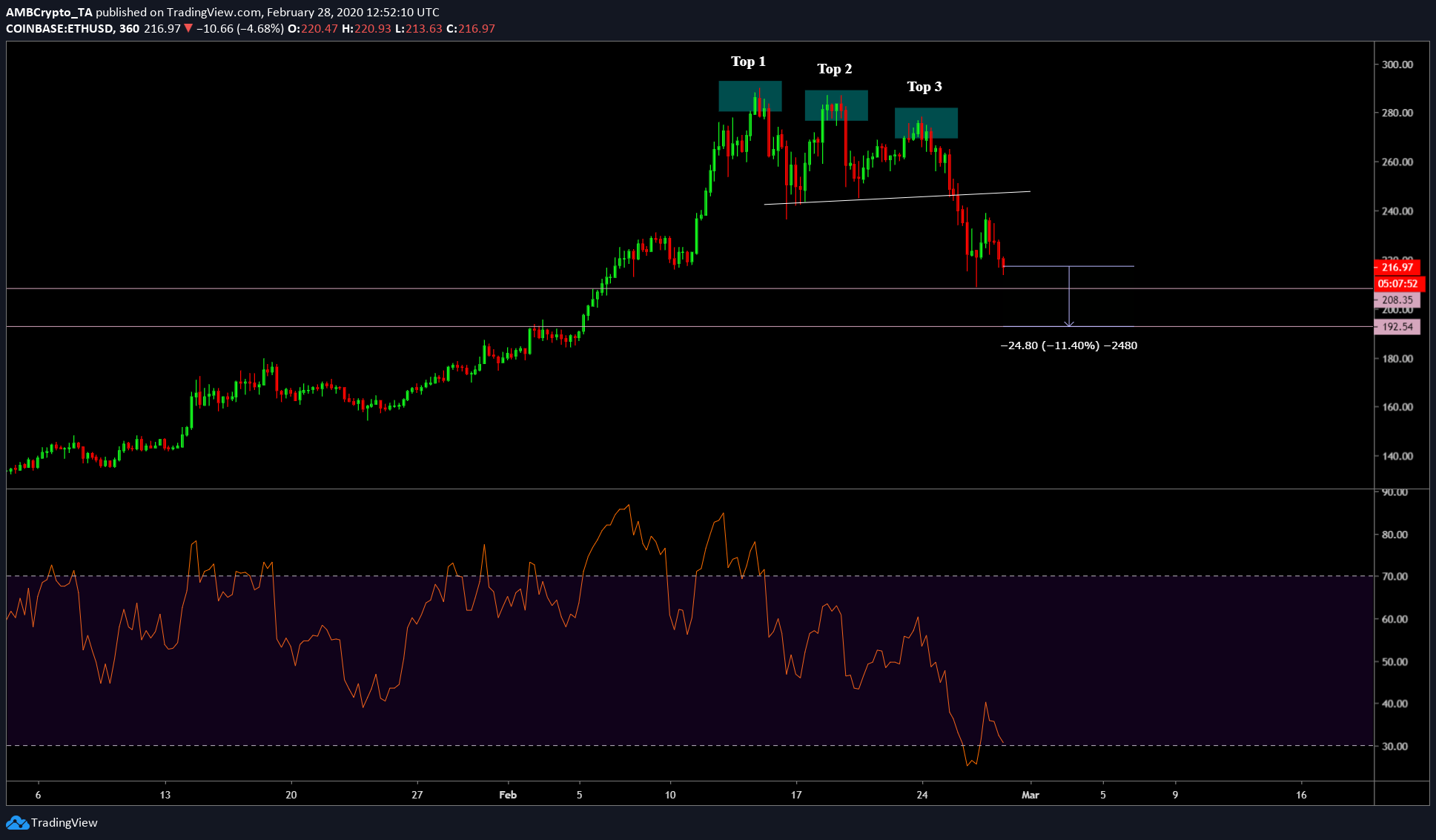 As it stands, Ethereum has 4% to 11% more to drop as Bitcoin continues to bleed as well.

A triple top pattern signifies a reversal in an uptrend; considering Ethereum’s local top, which formed on February 15 at $290, the downtrend is an obvious way for the price to move.

Furthermore, the collapse in Bitcoin is linked to Ethereum and altcoins due to the latter’s correlation with the former. At press time, the correlation between BTC and ETH stood at 0.829, according to Coinmetrics.

The reason why Bitcoin might be collapsing is due to the broader market and the effects of the COVID-19. In the traditional market aka finance 1.0, assets are undergoing a massive sell-off; the S&P 500 dropped by 281 points, the DJI, however, crashed by more than 2,500 points.

Although Bitcoin should not be affected by this due to its ‘uncorrelated asset’ narrative, it is. This was thought of as an isolated incident, however, the tables might have turned and BTC could have developed a correlation to the traditional markets. Since Bitcoin is collapsing and has a strong correlation to Ethereum, all altcoins are facing the heat.

If Ethereum keeps up the drop in price, it will certainly hit the next level of resistance at $208.35. Following this, the price will hit a snag at $192.54. This would wildly depreciate the value of Ethereum, perhaps bringing an end to all hopes of an altseason.

Bitcoin’s $1,200 drop could have more bearish implications than anticipated