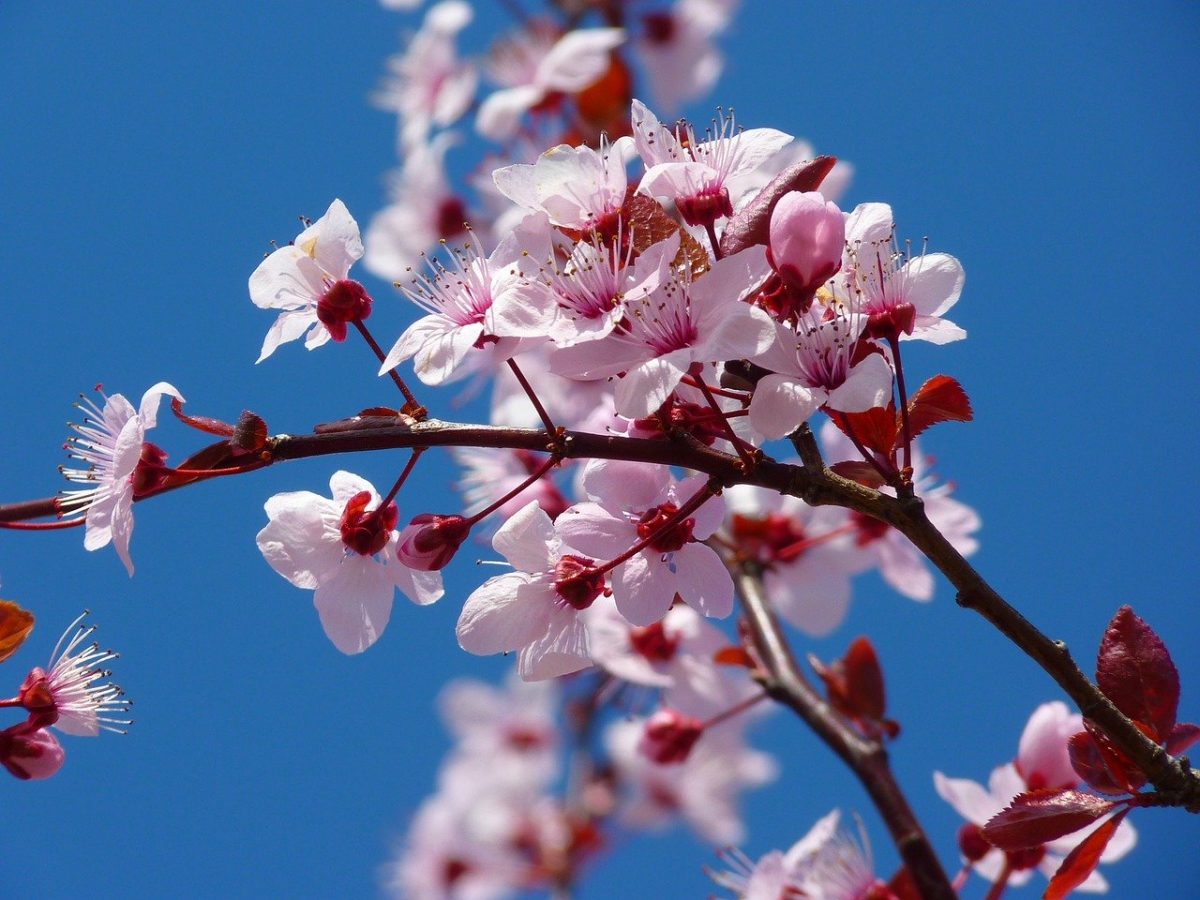 Bitcoin SV showed a bit of bullishness and had hardly begun to move upward when the bears stepped in. IOTA on the other hand lacked momentum in either direction and was trading just above support level while Compound looked poised to drop to its immediate support. Meanwhile, the world’s largest cryptocurrency Bitcoin briefly saw a substantial price drop and was trading at $11, 574 at press time. 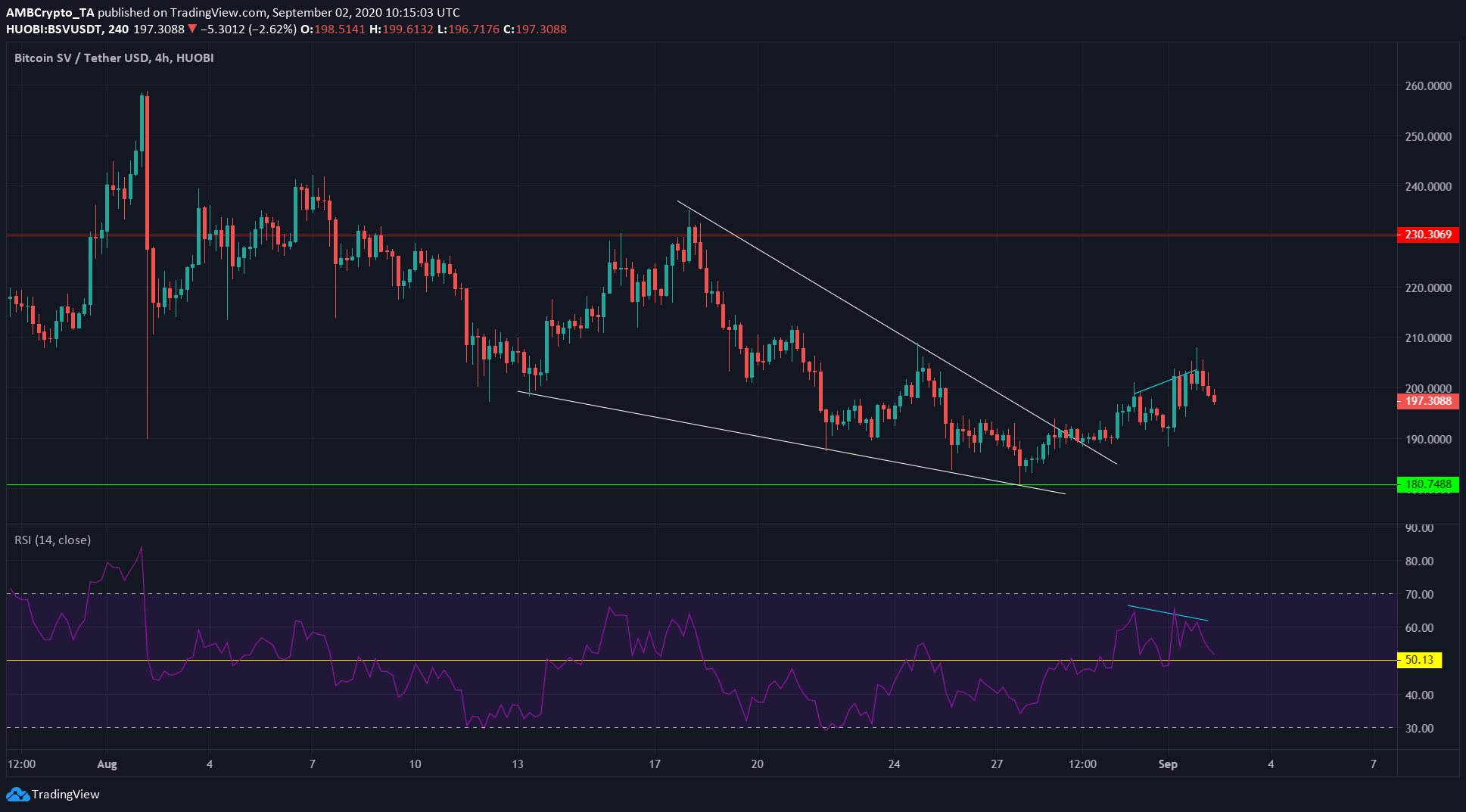 Bitcoin SV formed a falling wedge, which is traditionally a bullish reversal pattern. Hardly having kicked into gear on its upward movement, BSV already showed a bearish divergence, indicated in cyan, as its price made higher highs while RSI made lower highs.

BSV could drop back toward support at $180 in the coming sessions. 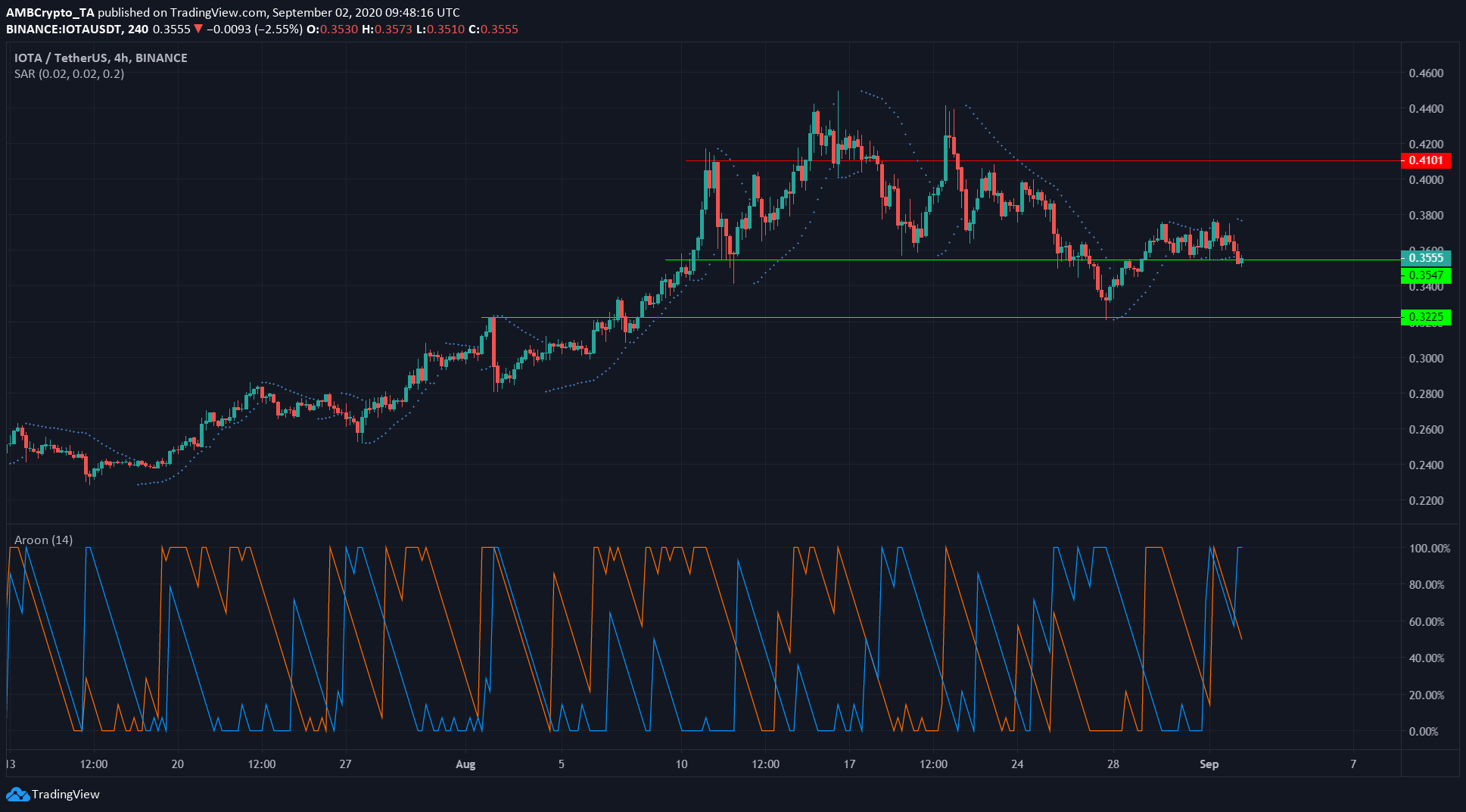 IOTA had been in a bearish trend for a couple of weeks. In the past few days, the asset was undecided about its direction in the market. Buyers and sellers were in equilibrium as the price had only moved in one direction – sideways.

Aroon Indicator shows the crossover of Aroon Up (orange) and Aroon Down (blue) lines. In the past few days, the lines have not established either as dominant.

Parabolic SAR showed a sell signal. However, over the past few sessions, the dots of the indicator had been pretty close to the price, and flipped signals multiple times. This again highlighted the indecision in the market. 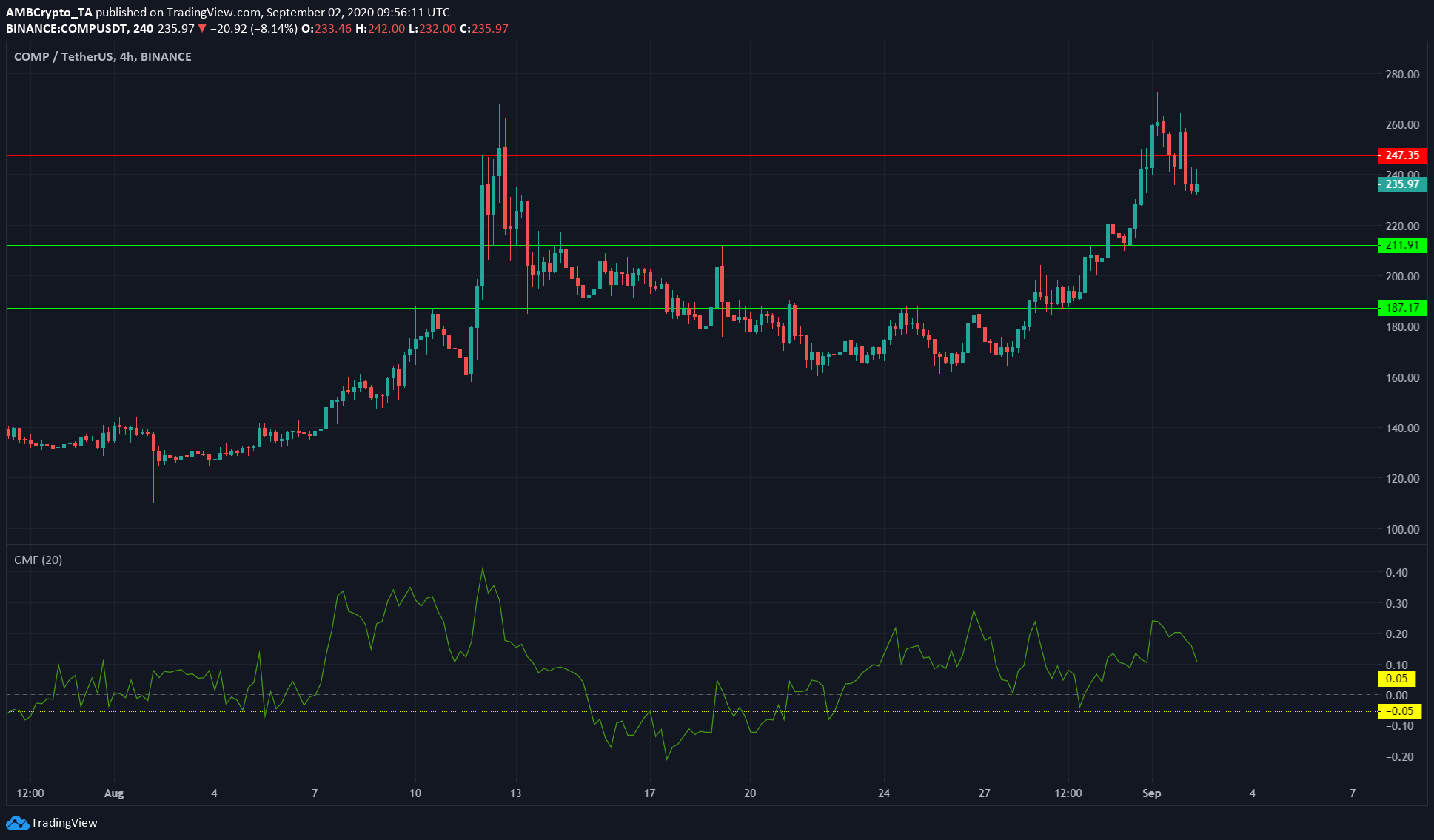 At the time of writing, Compound was the seventh-largest DeFi token with a total locked value of $770 million.

COMP briefly ascended above resistance at $247 to touch $260, before dropping back downward. An immediate attempt at the resistance was again met with bearish sentiment, showing this resistance had significant sellers.

Chaikin Money Flow was in the positive territory, but was dropping and showed that the buyer interest was weakening. If it goes beneath -0.05 in the coming sessions, sellers can be said to have taken control of the market.

However, if buyers step in near the support level around $211, COMP can target resistance once again.