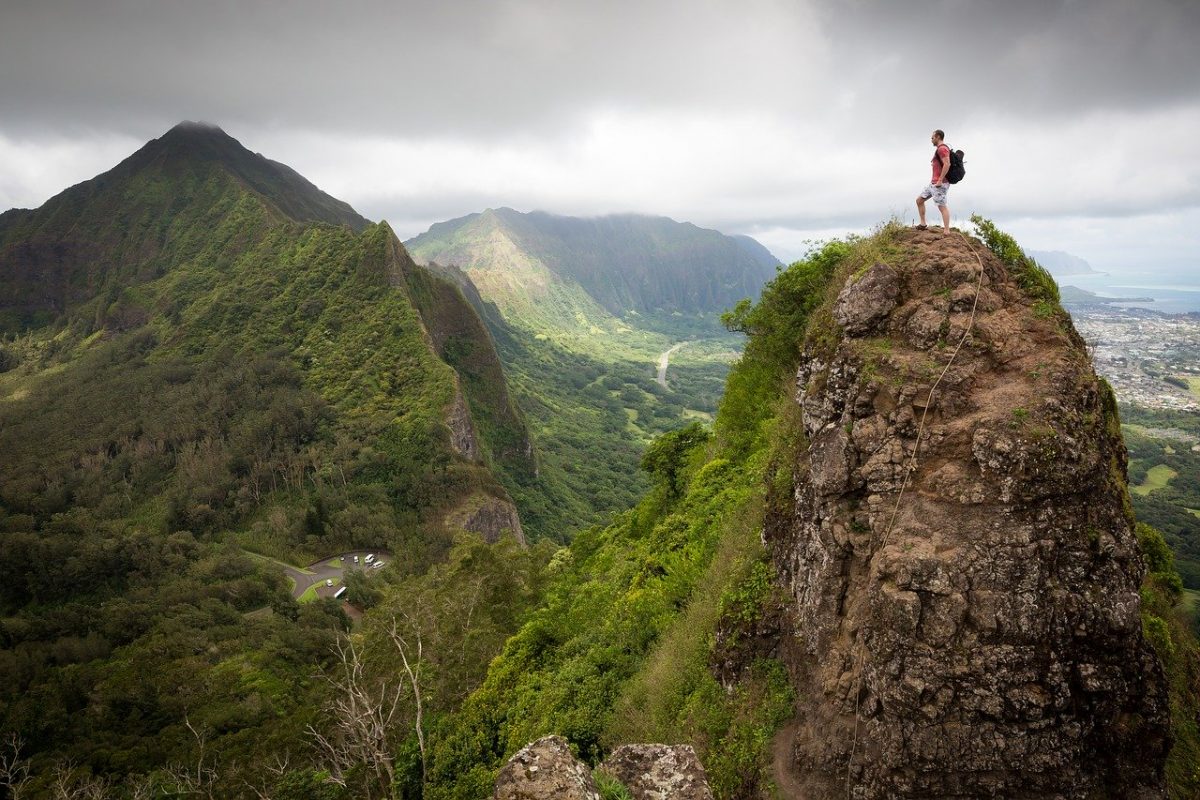 Bitcoin market witnessed a price rally for most of 6 May, however, it was also met with great selling pressure in one particular hour. The price action created ripples in the BTC derivatives market and rising interest among the traders was visible, now that the coin’s value had breached the $9k mark. At press time, Bitcoin was being traded at $9303, with a 24-hour trading volume of $28.2 billion.

The Bitcoin’s Options market had been noticing restricted growth, however, as the BTC price once again started to climb, the Options market saw an influx of traders. The subsequent rise and fall in the price of BTC resulted in rising selling pressure, indicated by the Put/Call ratio on Bitcoin Options contracts.

According to data provider Skew, the ratio that was laying low suddenly spiked from 0.62 to 1.26 on 6 May. This was the second-highest value noted since the 13 March, wherein the value was reported to be 1.89. The high value of the ratio suggested that options traders were buying more puts, which was the right to sell contracts, or buying fewer calls, which was the right to buy contracts. 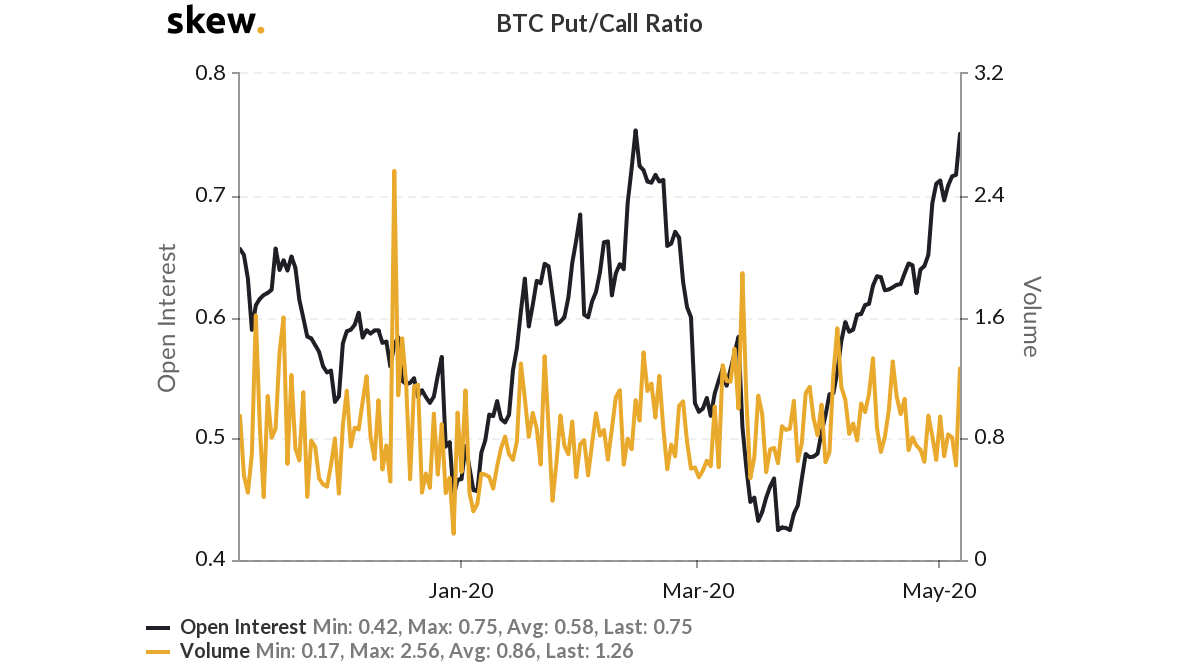 Generally, a higher Put/call ratio also marked the bearishness in the market, as the traders were likely to sell, rather than buy. With halving around the corner, the price of BTC can go in any direction, and the traders seem to protect themselves from a probable fall in the spot price. Similarly, the Open Interest also noted to reach a higher value, last seen in February 2020. This was the peak OI noted or BTC options contract in not just 2020, but also in the past 6-months.

In terms of BTC Options Open Interest Change, approximately 1000 contracts were set to expire on CME by 20 May. While Deribit also noted an expiry of almost 419 contracts, which may take the OI for BTC options down, by the time the month ends. 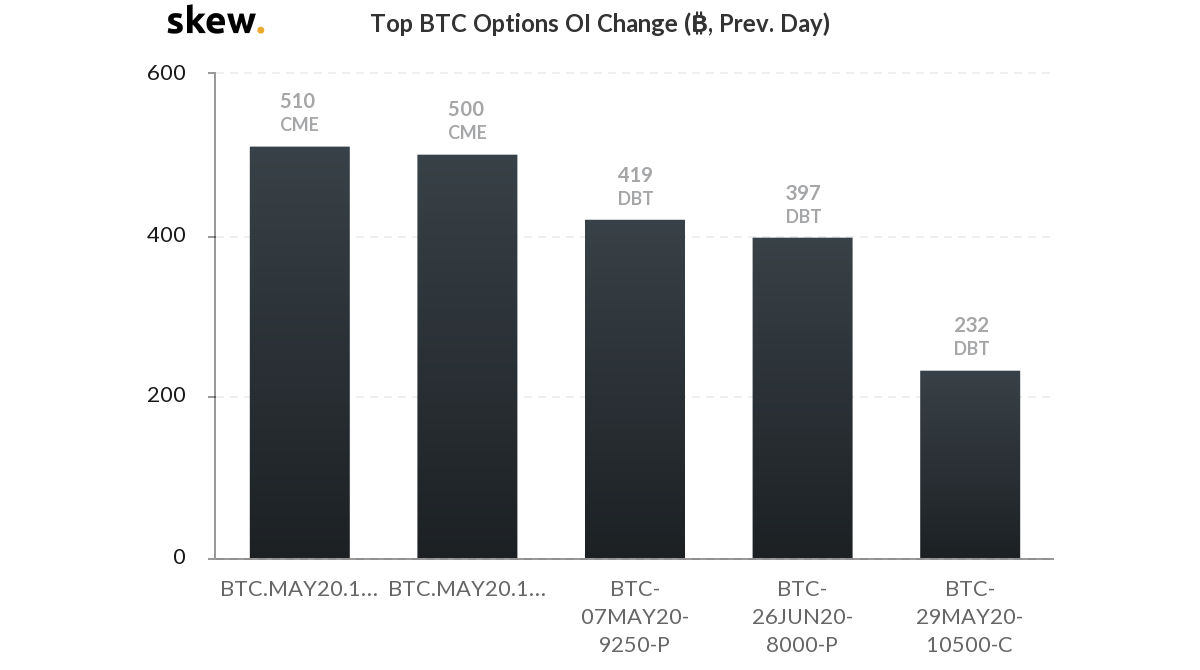 The reducing demand for BTC options was confirmed by BTC 25d skew. The long-term skew [6 months] that was hovering above the zero mark, indicating a rising demand for the BTC options contracts, dipped to zero on 7 May. 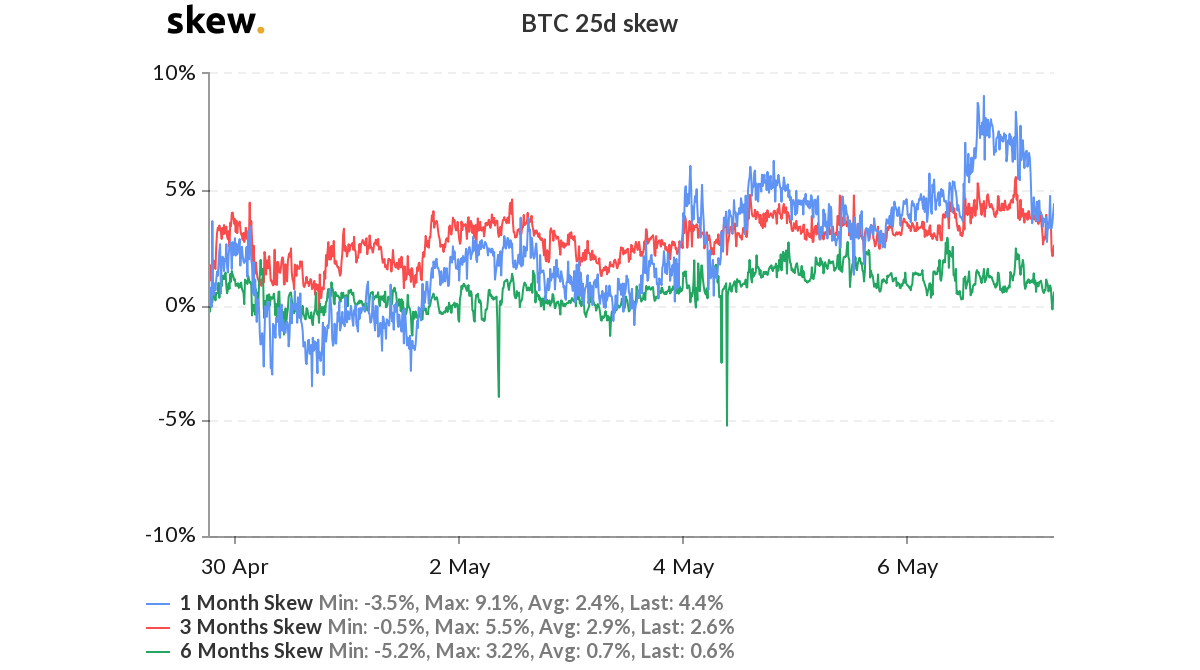 Along with it, the short-term skews also noted a dip towards the zero mark. This might be an indication that the traders might have taken their positions before the halving set in, and were ready to follow the tide.

Related Topics:Bitcoin optionsfeatured
Up Next

Bitcoin’s weekly surge leaves EOS, BAT behind in its wake