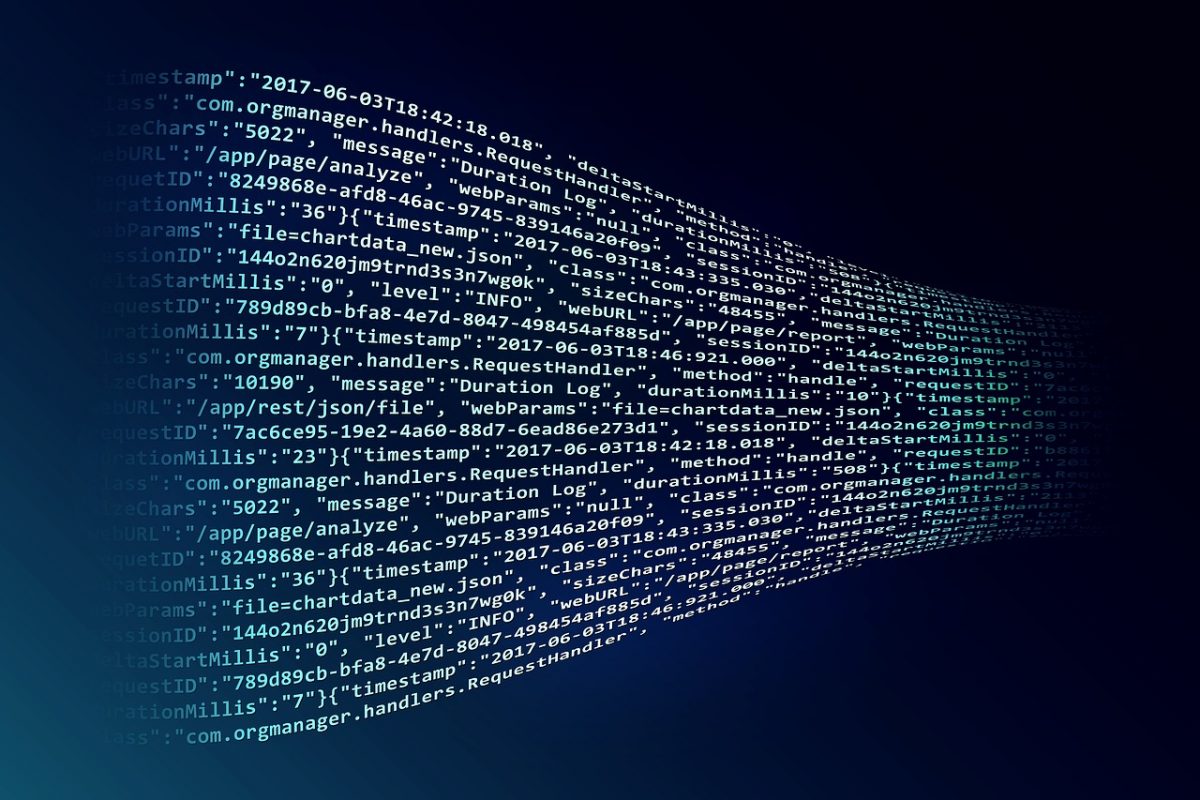 The Bitcoin crash that took the price of the world’s largest cryptocurrency down to $3k has been a game-changer for Bitcoin miners everywhere. In fact, many miners quit the network as the mining became unprofitable due to reduced prices, thus impacting the hash rate and block production.

According to Ankit Chpilunkar, a researcher at Token Analyst, this ~16% drop was noted to correct increased block times. The block times have thus, dropped by 35%, returning to its normal level of 9.75 mins to 15.15 mins. 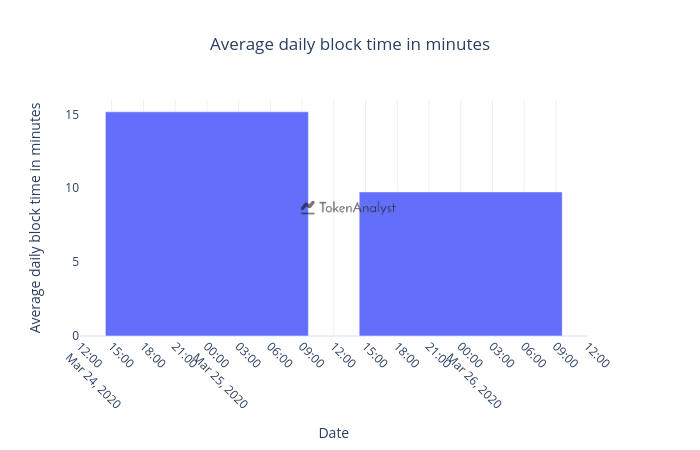 The delay in block production was a result of the slower mining of blocks. According to Glassnode, the mining of blocks had slowed down by 25%, with the time taken to produce one block reaching 2018 levels, a time when Bitcoin’s price had crashed after the high of December 2017. Chiplunkar also highlighted this via a tweet where he mentioned that on 25 March, there were three instances observed where the blocks were mined following an hour’s delay. 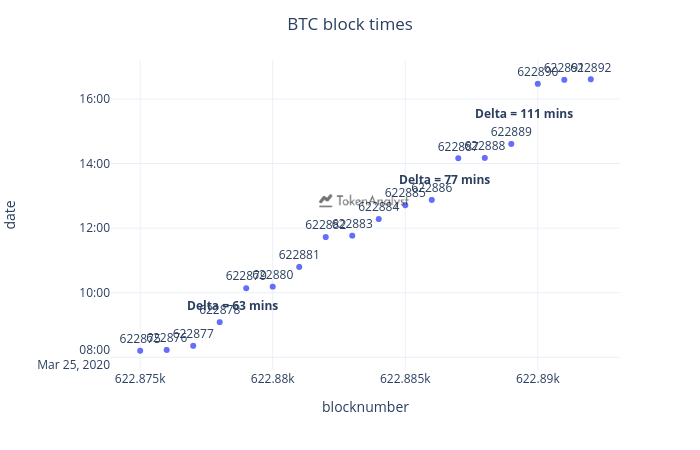 However, as the disturbance in the Bitcoin market got worse, the revenue noted a drop. Despite BTC’s terrible fall on 12 March, data suggested that the revenue had taken a nosedive in two installments. The first fall took place between 7 March and 11 March, a time period during which the revenue fell from $18.20 million to $11.90 million.

The last recorded data on Blockchain.com suggested that the revenue had fallen further to $8.11 million; however, as the difficulty was re-adjusted on 25 March and as the price of Bitcoin stabilizes, the revenue earned by miners will also notice a positive change soon enough.