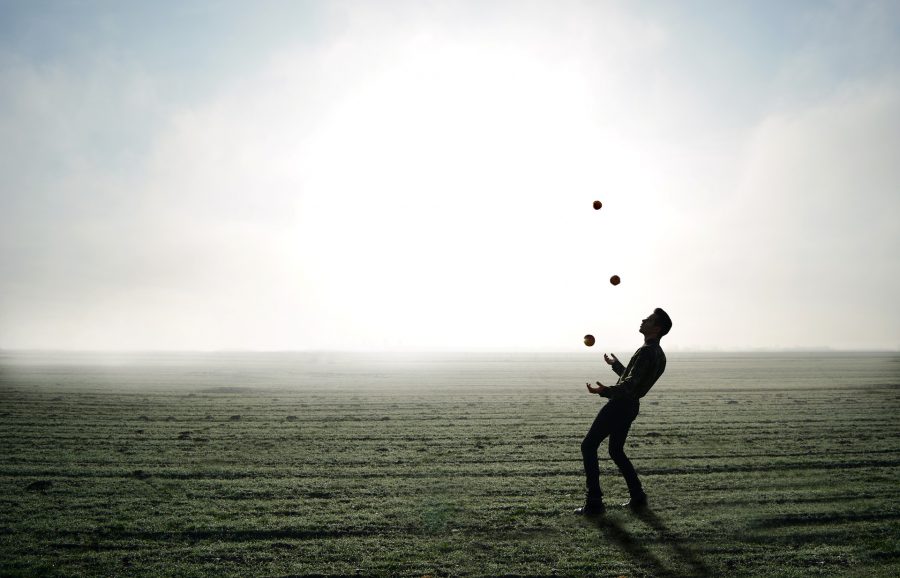 Bitcoin‘s worst price decline in over 7 years has had a host of adverse consequences for the Futures market. After the collapse of the cryptocurrency market over 12-13th March, the derivatives market was responding with clear signs of a trend reversal, at the time of writing.

According to Arcane Research’s recent report, Bitcoin’s Futures market has turned extremely volatile lately. The regular premium rates that usually remain in the positive were absent in the market, at press time, with BTC Futures contracts trading below the spot prices of Bitcoin.

According to data gathered from Deribit, there are new premium rates, some of them unheard of in the industry. Bitcoin Futures March contracts were, in fact, trading at $500 below the spot prices, with the annualized premium rates at a surprising -98.1 percent.

June BTC Futures recorded a negative premium of 6.7 percent as well and Futures contracts from September were trading below the spot valuation with a premium of -3.6 percent, at press time.

This bearish sentiment was largely reflected by the derivatives industry at the time of writing, and although Bitcoin climbed by 16 percent over the past 24-hours, investors continued to maintain a cautious approach. 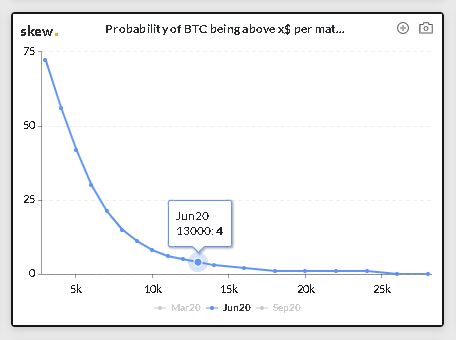 Such negative sentiments have permeated the question of Bitcoin’s future valuation as well. According to the Skew markets chart attached above, the probability of Bitcoin crossing $13,000 by the end of June was down to 4 percent, at press time. That is a stark fall from the probability calculated 3 weeks back, as previously reported, when the probability index had suggested that there was a 16 percent chance that Bitcoin will top 2019’s high of $13,880. 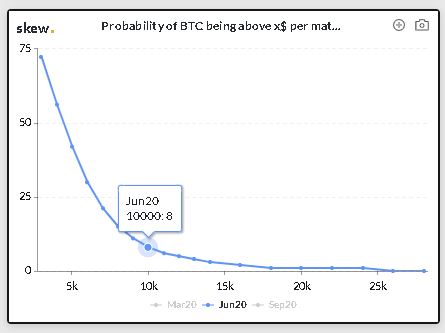 In fact, the probability of Bitcoin, the world’s largest cryptocurrency, surpassing the $10,000 mark by 20 June has fallen too, with the probability for the same registered to be a bleak 8 percent.

In fact, previously, well before the aforementioned market crash of 12-13th March, the probability index had recorded a 40 percent chance that Bitcoin will remain above $10,000 immediately after the halving.

The recent downturn has significantly degraded Bitcoin’s bullish sentiments and hence, it is more likely that traders and investors would remain skeptical over the next few weeks.

Related Topics:Bitcoin FuturesDeribit
Up Next

Bitcoin: Is the ‘uncorrelated’ narrative still alive after the S&P500 decoupling?

Have Bitcoin’s whales once again brought out its volatility woes?