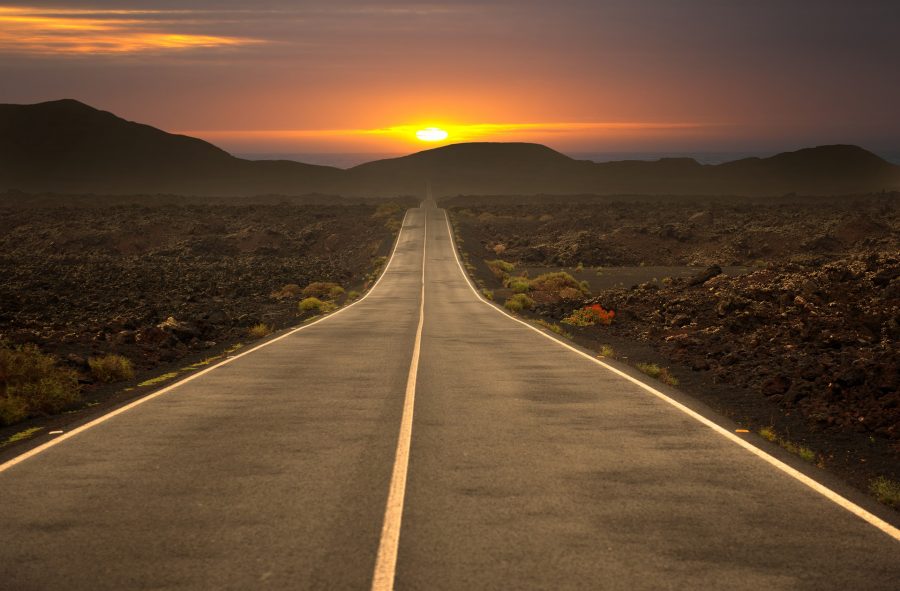 Bitcoin‘s total market cap lost close to $50 billion on an otherwise uneventful Thursday this past week. With the collective digital asset market crumbling with Bitcoin’s crash, it wasn’t anything new to see such panic and so many sell-offs. However, the fact that Bitcoin’s ‘uncorrelated asset’ narrative took a beating along with it, was something the community was not expecting in the least.

With the economic meltdown consuming traditional markets as well, Bitcoin proponents in the past had strongly believed that during a stock market crisis, Bitcoin would be able to thrive and hold its own in the market. However, these claims have been called into serious question lately.

After the World Health Organization declared COVID-19 a pandemic on 11 March, the gravity of the scenario around the globe intensified, with talks of recession picking up pace.

The correlation factor between traditional stocks and Bitcoin shot up on 12 March, as both the asset classes faced a substantial drop. According to Arcane Research, the 90-correlation between BTC’s valuation and the S&P 500 was the highest ever seen after the slump. The correlation factor went up to 0.5 from 0.1, following which market critics started flocking in to take a swipe at Bitcoin’s uncorrelated narrative.

While it was alarming to see the digital asset industry mirroring the fallout of the traditional asset class, it is important to note that the present situation is highly dictated by fear, and to some extent, individual and community health concerns.

Considering Bitcoin’s volatile nature and the aforementioned threat of recession amidst the spread of COVID-19, the crypto is a risky asset to rely on. According to Mati Greenspan, Founder of Quantum Economics,

“This price action is seemingly a damaging blow to the narrative that, Bitcoin acting like the stocks during uncertain times means that it is now positioned as a risk asset rather than a safe haven.”

With the fear of recession creeping up as well, people are more likely to focus on survival, rather than investment. A majority of the people would need fiat currency to sustain their livelihoods, rather than purchasing BTC or any other crypto-asset per se.

However, despite concerns about Bitcoin being correlated to the traditional market’s movement and crash, its Stock-t0-Flow model continued to adhere to the pattern. 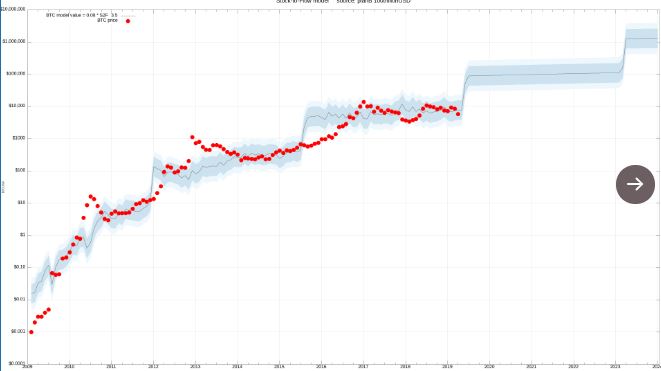 The model’s anonymous creator PlanB took it to Twitter and explained that in spite of speculations regarding the breach of S2F, Bitcoin had managed to stay within the model’s bands. The present extreme volatility in the market would, in turn, shake out weak investors as PlanB believes that higher returns are not possible without higher volatility. 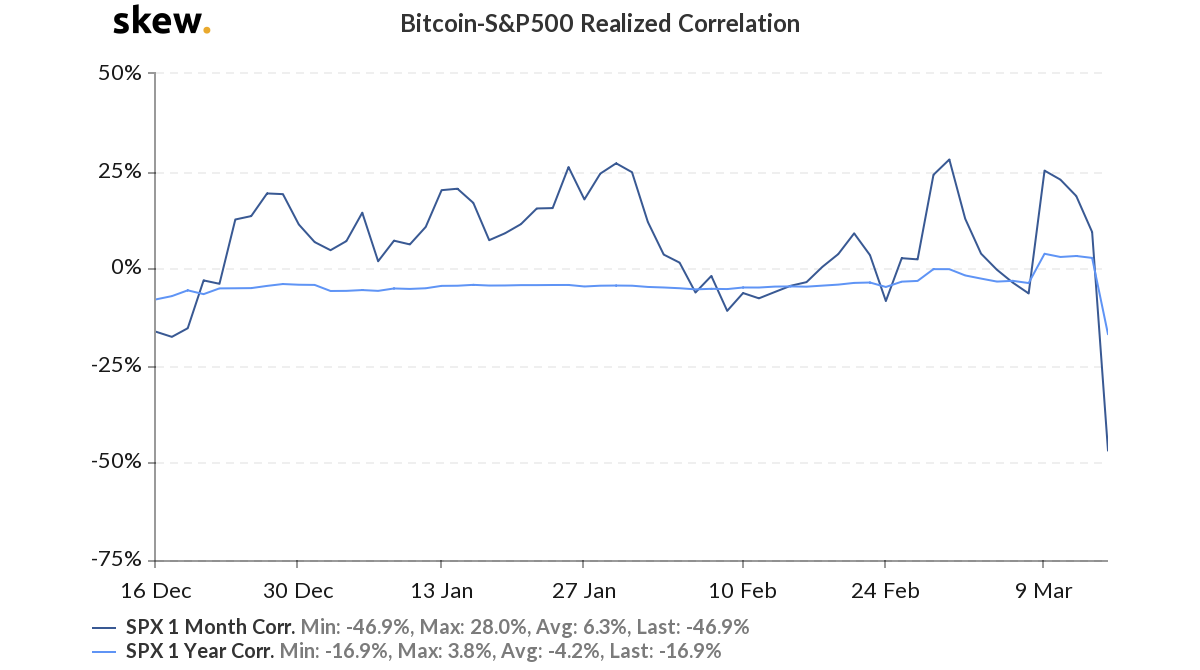 At press time, Bitcoin and the S&P 500‘s correlation was also tumbling down after registering a negative factor of -46.9 percent. This was largely due to the fact that Bitcoin witnessed a correction of 16 percent on 13 March, a development that took its valuation to $5500 after a bearish wave had brought down the value of the cryptocurrency to $3.8k on some exchanges.

With the Coronavirus situation far from resolving any time soon, Bitcoin and the rest of the digital industry may see turbulent price movement in the near-term. Hence, certain criticisms may continue to evolve, but only time will tell what the fate of the world’s largest crypto-asset will be.

Related Topics:bitcoinCoronavirusfeaturedS2F flow
Up Next