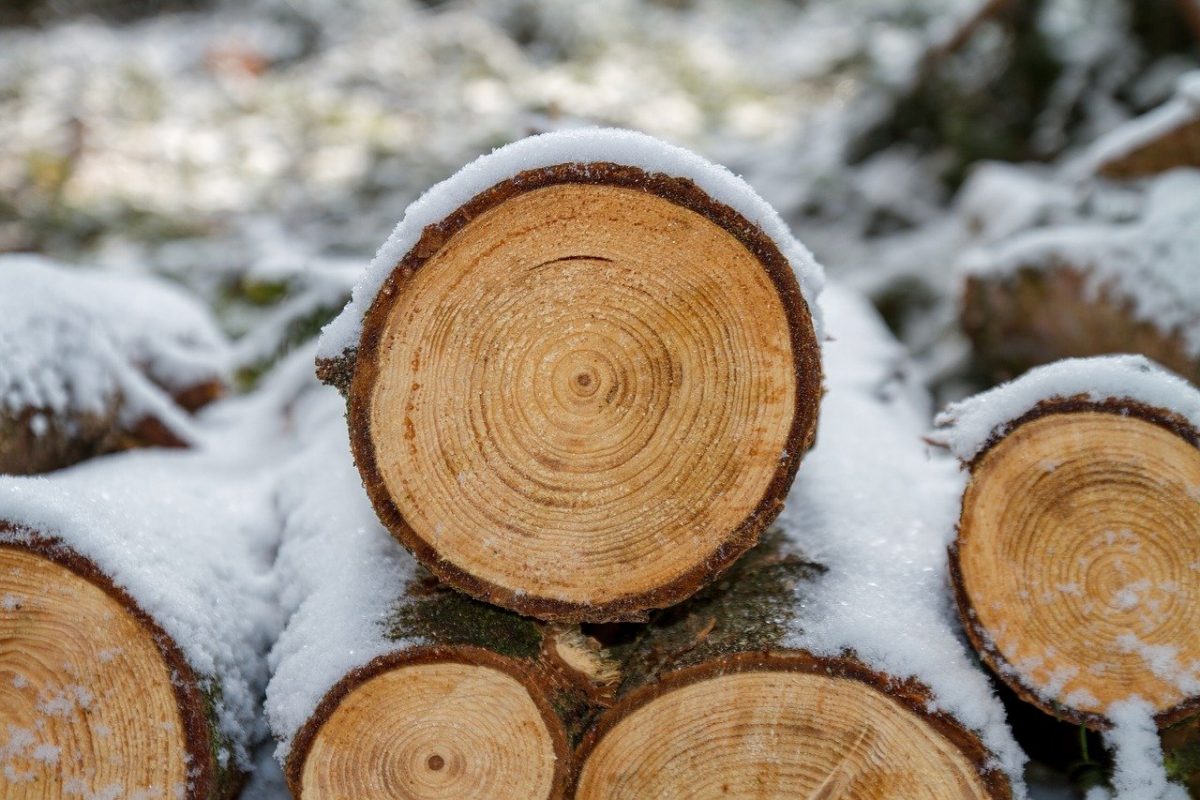 Bitcoin Dominance was at 62.33%, indicating that the altcoin market could not keep up with Bitcoin’s gains and, and some assets were even moving downward as Bitcoin rose.

Bitcoin Cash failed to hold on to a level of support and could retest it as resistance before another move downward. Stellar Lumens has been posting steady losses in the past few days and DigiByte was in a strong downtrend. 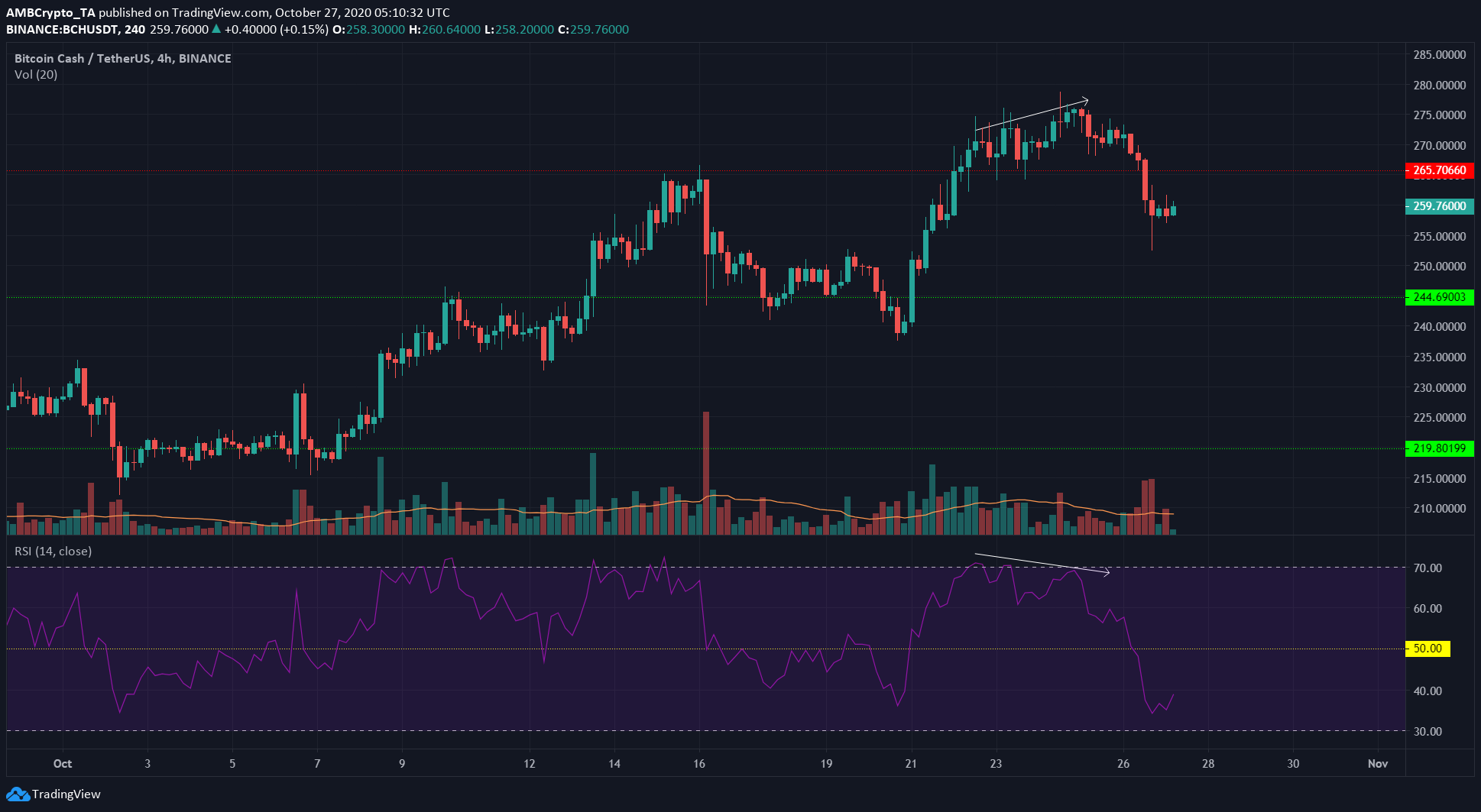 Bitcoin Cash showed a bearish divergence (white) as the price and momentum disagreed. This caused BCH plunge beneath support at $265.

The RSI also tumbled into bearish territory. Taken together, this presented the likely outcome that BCH would see a small move upward to retest $265 as resistance, confirming the S/R flip.

After the retest, bearish momentum could accelerate for the asset.

There is also the possibility that BCH moves sideways over the next few days in the range between $258 and $264. But the trading volume was heavy on the session where support was lost, indicating that further losses were more likely for BCH than sideways. 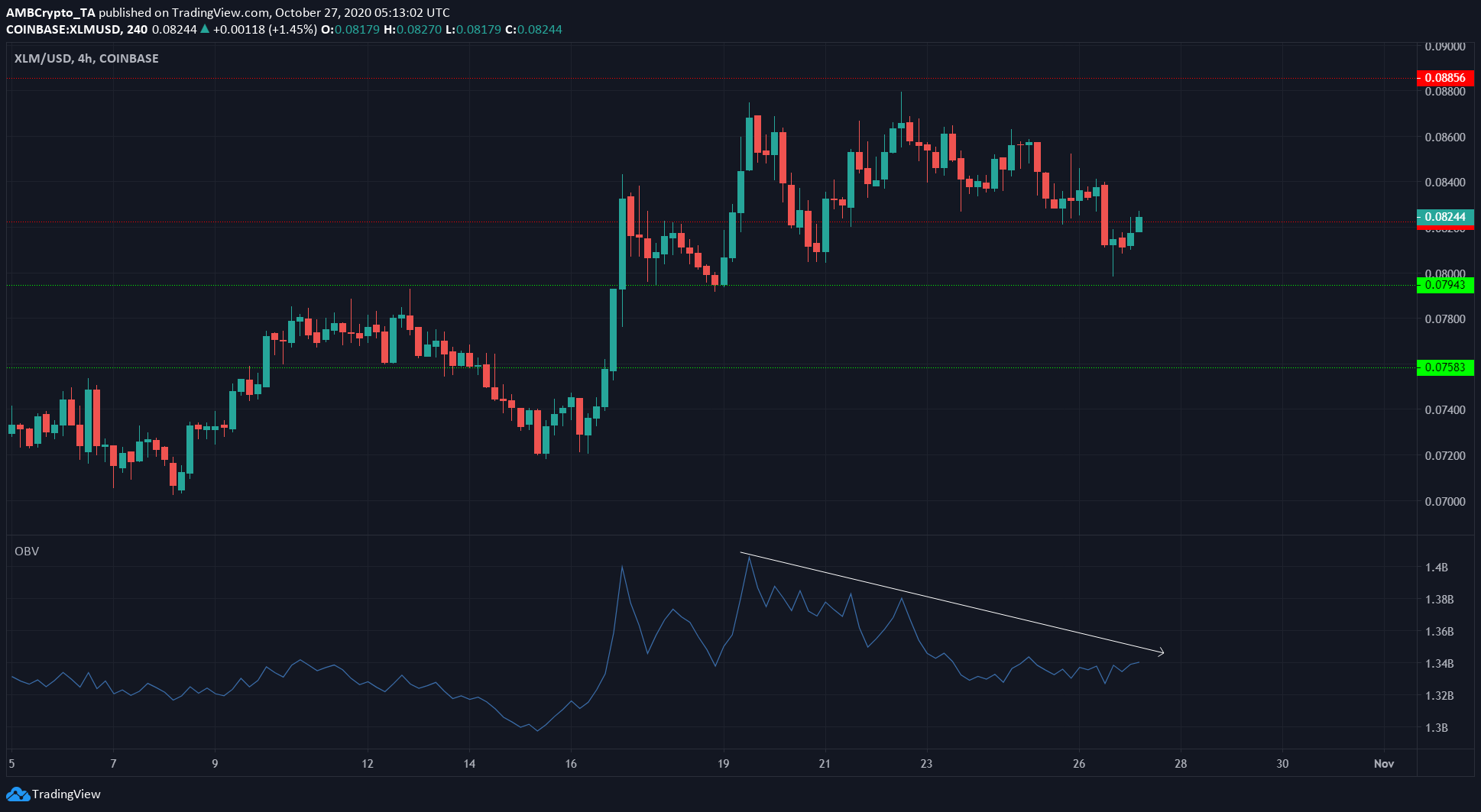 The OBV showed that buying volume was being overwhelmed by the selling volume over the past week. At the same time, XLM’s price was also slowly dropping.

Recently the price dipped beneath support at $0.082 and bears might prove to be successful in flipping that level to resistance in the next few hours.

The lack of buying volume indicated that XLM was unlikely to reverse the short-term trend to bullish, and was likely headed toward $0.079 or lower. 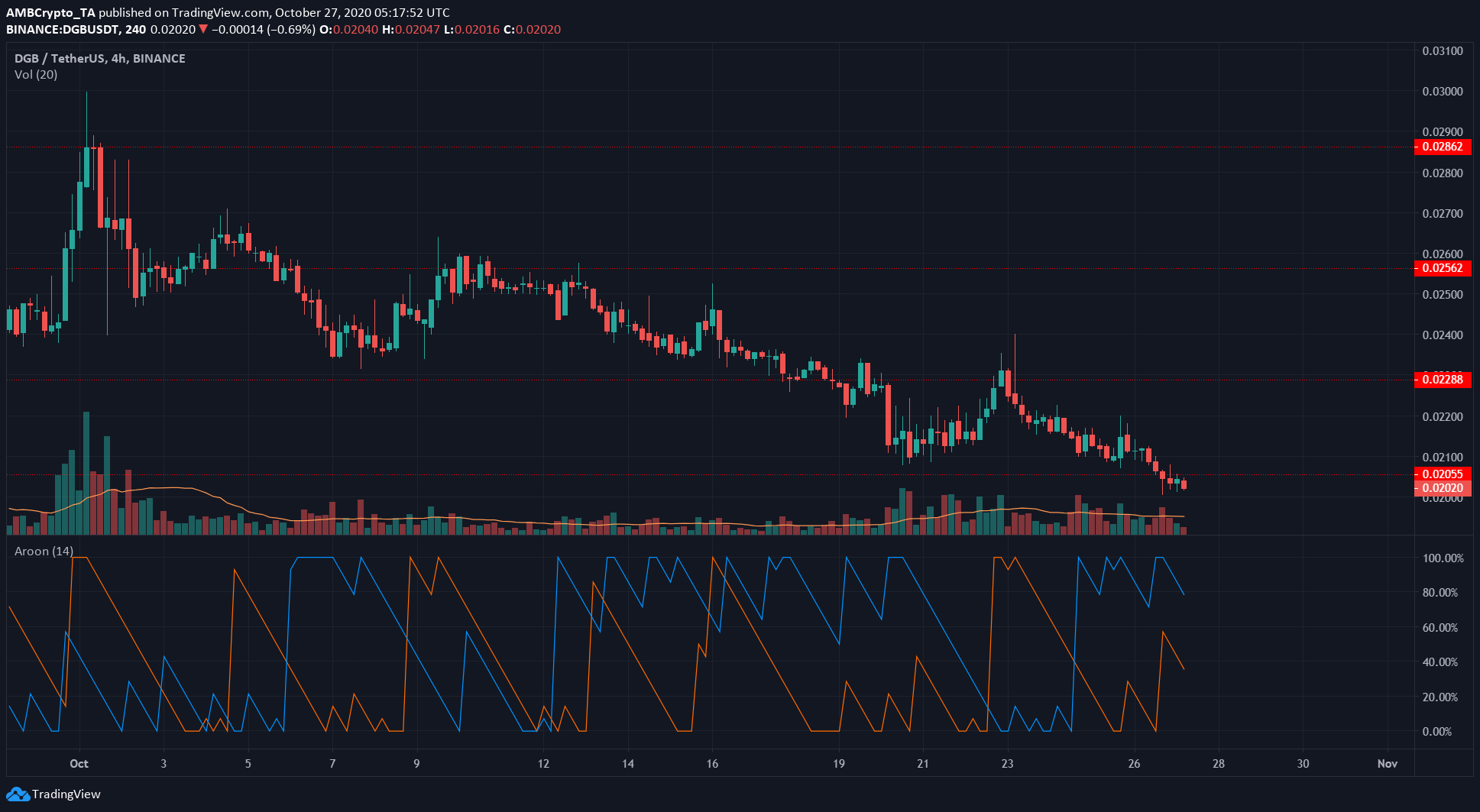 Digibyte was in a steady downtrend, with brief relief rallies that did not amount to a trend reversal.

The Aroon Indicator showed that the month of October has been strongly bearish for DGB.

The trading volume over the past few days has also been above average. This happened as the price was posting losses, reinforcing the strength of the downtrend.

How often should you scale your Bitcoin buys?