Established in the United States, Bitcoin of America is a cryptocurrency exchange that facilitates transactions related to Bitcoin and Litecoin in the country. The exchange is registered with the United States Department of Treasury (FinCEN)(RegNum) as a money services organization. Unlike many other centralized exchanges, Bitcoin of America operates directly with the customer without any third-party intermediaries. New users can access the digital platform where the buying/selling of crypto assets is conducted.

Although the asset list is limited to only Bitcoin and Litecoin, the idea of the exchange is solely promoted the utilization of Bitcoin, since it is the most assured and popular one across the globe.

Bank of America is one of the largest investment banks in the world, which also provides financial services to major corporations and small business clients around the world. Taking inspiration from its reputation, now Bitcoin of America is aiming to leave a substantial mark on the cryptocurrency industry within the country.

While trading with cryptocurrency is a common affair these days, certain platforms require several layers of verification before the user gets access to digital assets. With Bitcoin of America, after the initial sign-up process which takes less than a minute, users are able to access their desired amount of Bitcoins.

One particular feature which stands out for Bitcoin of America is its option for users to access Bitcoin through Cash. While sending cash through a user’s laptop is relatively impossible, Bitcoin of America is able to proceed with this service with their Bitcoin ATMs or better known as a Virtual Currency Kiosk.

Bitcoin of America has over 450 ATMs across the United States, through which users can purchase Bitcoin via fiat currency directly. Alongside the pre-existing Bitcoin ATMs, a mini version of them know as Bitcoin tablets are also available at certain locations. 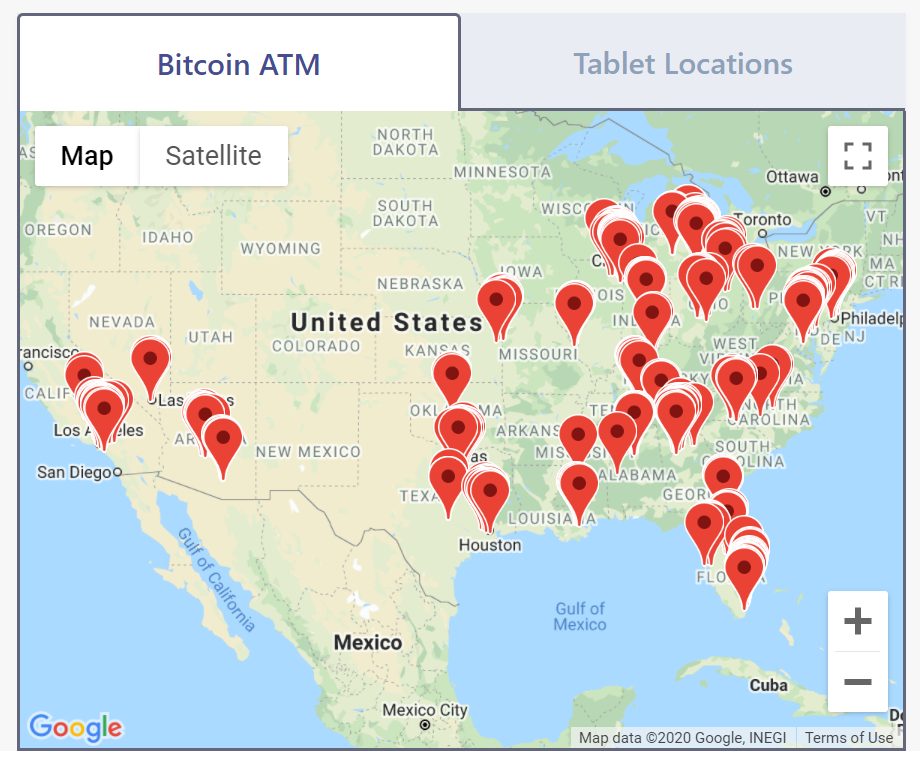 Although there is uneven distribution on Bitcoin ATMs at the moment, it is important to note that the exchange is yet to open in certain states which include Alaska, New Mexico, Rhode Island, Utah, Idaho, New York, Iowa, etc, etc.

Another beneficial option provided by the U.S digital asset exchange is that the corporation provides same-day settlement services on wire transactions. Users can facilitate capital transfer and the assets are transferred to the user’s wallet within the same 24-hour period. Users have 24×7 access to customer service and support as well in case of any untimely trouble that occurs during the transfer.

If wire transfer or cash access is not convenient for the users, the exchange also provides Prepaid Debit Card services and PayPal transfer for easier entry into the world of Bitcoin.

Security Aspect of the exchange

In terms of security, Bitcoin of America maintains industry standards as they operate in one hundred percent compliance with all the AML-rules and regulations, and the other federal and state laws. While this adds a good level of security for the user, there is space in the security aspect for the exchange to grow and innovate.

With users always on the move these days, the availability of a trading app from Bitcoin of America promotes the option for quick access at any point in the day. All types of payment methods are available on the mobile trading app which is strongly desired by the current class of investors.

In line with the trading app, the exchange has its own dedicated wallet application where users can store their acquired Bitcoin and Litecoin. Although more secured wallets are available in the space, a dedicated parent wallet comes with its own advantages of creating a faster medium of exchange between the platform to the investor.

From a neutral standpoint, there are particular question marks with regards to the trading fees as the only service provided by the exchange is selling and buying of Bitcoin/Litecoin. Hence, users need to draw their own analysis to understand any discrepancies during transactions.

Overall, the convenience and flexibility in payment methods provided by the exchange is a plus-point for new users in the United States, who are looking for crypto exposure in the emerging digital asset space.

Bitcoin gains may be wiped out soon, fact or fiction?