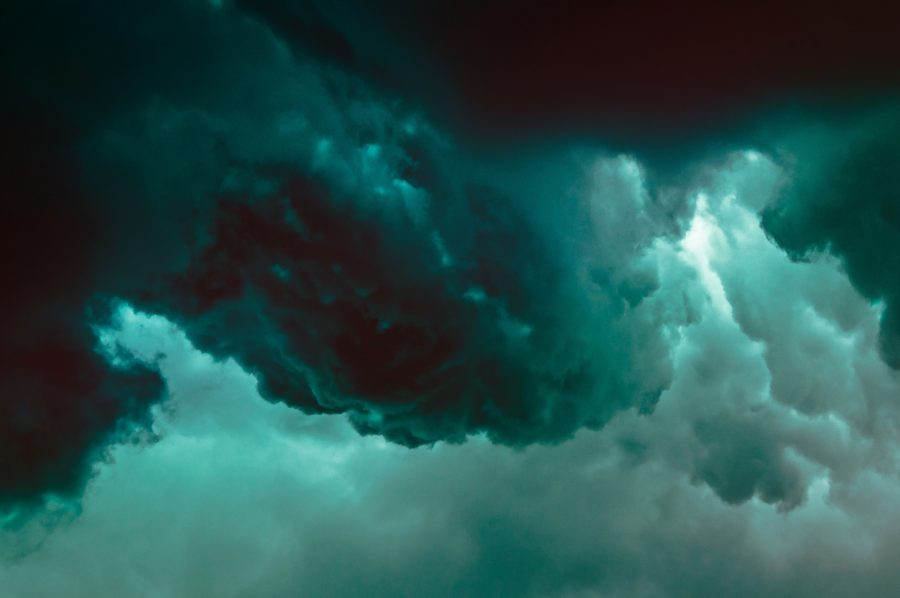 For the longest time, traditional investors have looked at gold as a safe-haven asset that can withstand turbulence in the market and provide a certain degree of immunity and safety. Over the past few months, however, Bitcoin has become associated with a similar utilitarian function as a store of value and a long-term investment vehicle.

The past few weeks, with the markets going haywire, have once again brought up questions regarding whether Bitcoin does deserve the title of a safe-haven asset.

On the latest episode of the Blockchain Insider podcast, Obi Nwosu, CEO of Coinfloor, highlighted the challenges faced by cryptocurrencies such as Bitcoin, and gold, in maintaining their safe-haven status. With regard to the 12 March price crash, there are today polarizing views regarding why it happened and what it means for Bitcoin in the long run.

According to Nwosu, the liquidity crisis larger investors faced was one of the reasons behind the Bitcoin sell-off that brought the price down by close to 50 percent.

According to the CoinFloor CEO, for large traditional investors, Bitcoin provided much-needed liquidity, while traditional assets were doing fairly badly.

“If the price goes down and they get liquidated, they stand to lose a lot of money, so it makes sense for them to add a little bit of money to their positions to make sure they don’t get liquidated.”

This, Nwosu said, means that they have to get money from other sources, starting with the most liquid sources first, “which is why they take money out from Bitcoin because it’s highly liquid or other and cryptocurrencies  they’re investing in, and they also take it out from gold.”

The CEO also highlighted that by design, Bitcoin and gold are meant to be store of value assets. He argued,

“As of December last year, we were in Bitcoin only because we believed that Bitcoin is a store of value. That’s its actual purpose. It’s designed for these scenarios and Bitcoin and things like gold will show over the coming year or so that they are actual stores of value.” 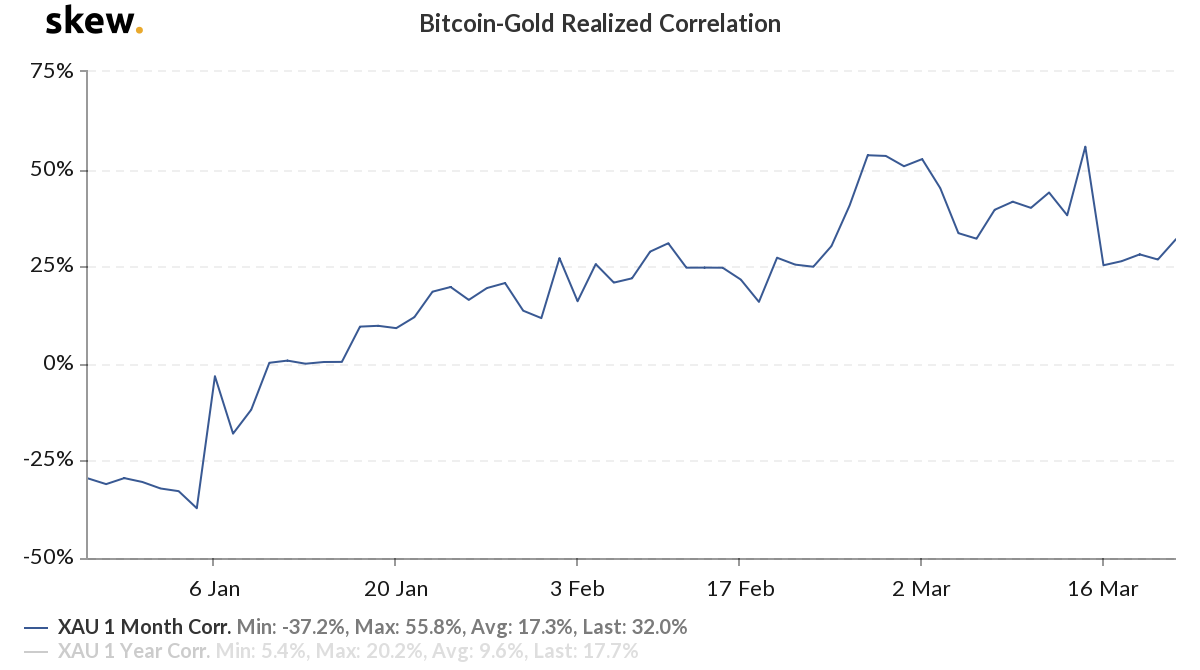 The Bitcoin-Gold realized correlation, despite dropping significantly from 55 percent to 25 percent in the past week, is once again on the rise, according to market data from Skew. At the time of writing, it was 32 percent.

However, as has been established, for Bitcoin to solidify its credentials as a safe-haven asset, it’s crucial to see how it reacts to geopolitical and socio-economic events. In fact, a recent study by the University of Pretoria had pointed out that heightened levels of geopolitical risk may actually benefit the price of Bitcoin. It said,

“Heightened levels of GPR are likely to affect positively Bitcoin prices as investors consider Bitcoin as a hedge against global uncertainties.”

As per the study, out of the five leading cryptocurrencies, Bitcoin registered significant jumps or price discontinuities, all in sync with the rising level of GPR.

Despite such studies, however, the safe haven narrative for Bitcoin remains on shaky ground. This was recently noted by investor and CEO of Galaxy Digital, Michael Novogratz, who recognized that the last few weeks for Bitcoin in terms of its price movement may have reduced investor confidence in the cryptocurrency as a hedge. He said,

“The narrative of new adoption in Bitcoin is as a store of value or in the other coins as part of the future of building a decentralized internet. You know, it sets it back 12, 18 months. You can kind of tell cause we’re going to have to get through this and then you’ve got to rebuild confidence.”

For Bitcoin, is a 30% drop catastrophic? Perhaps not in the long-run