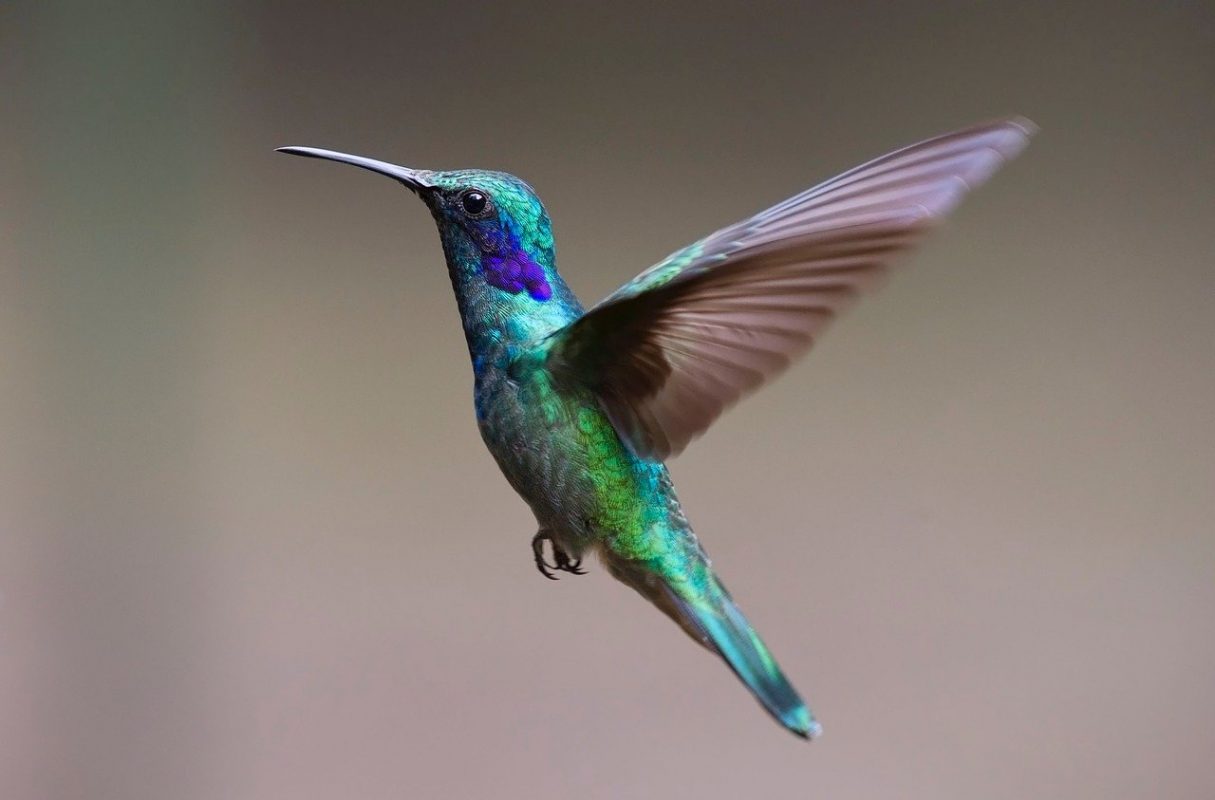 Binance Coin was bullish in the markets while Zcash can expect a minor pullback in the next few trading sessions before another attempt at resistance. Dash might be set to lose an important level of support. 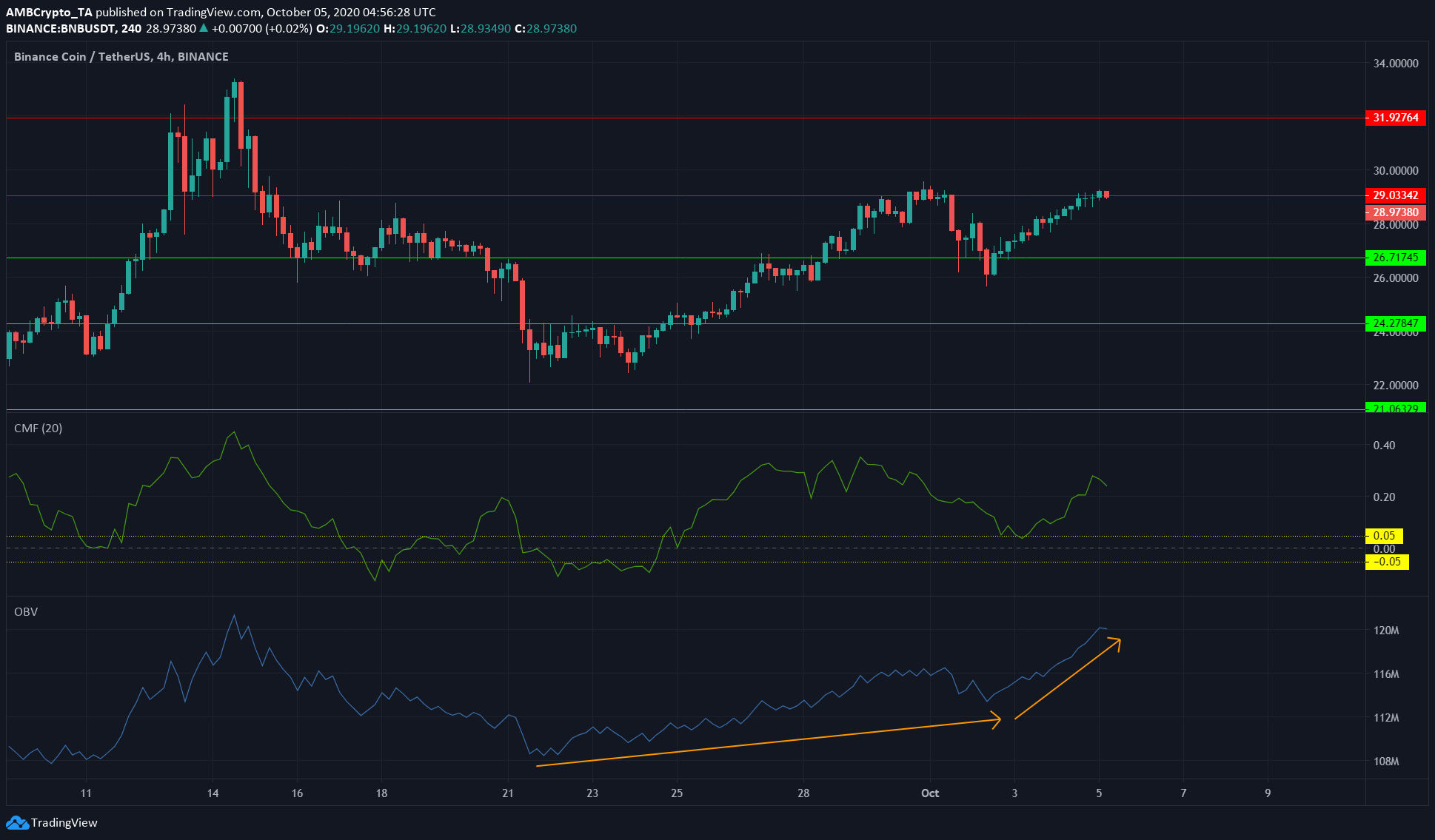 BNB faced resistance at $29 at press time but a close above this level could see BNB reach $32 in the coming days. In the next few hours, BNB might be forced to pull back in the face of resistance before another attempt to reclaim the level.

Chaikin Money Flow showed a value of +0.24, denoting strong capital inflows into the market. OBV agreed with this, showing that the buying volume in the past two weeks has been trending upward.

The buyer interest behind the price rise suggested genuine demand for the asset and was a bullish indication. 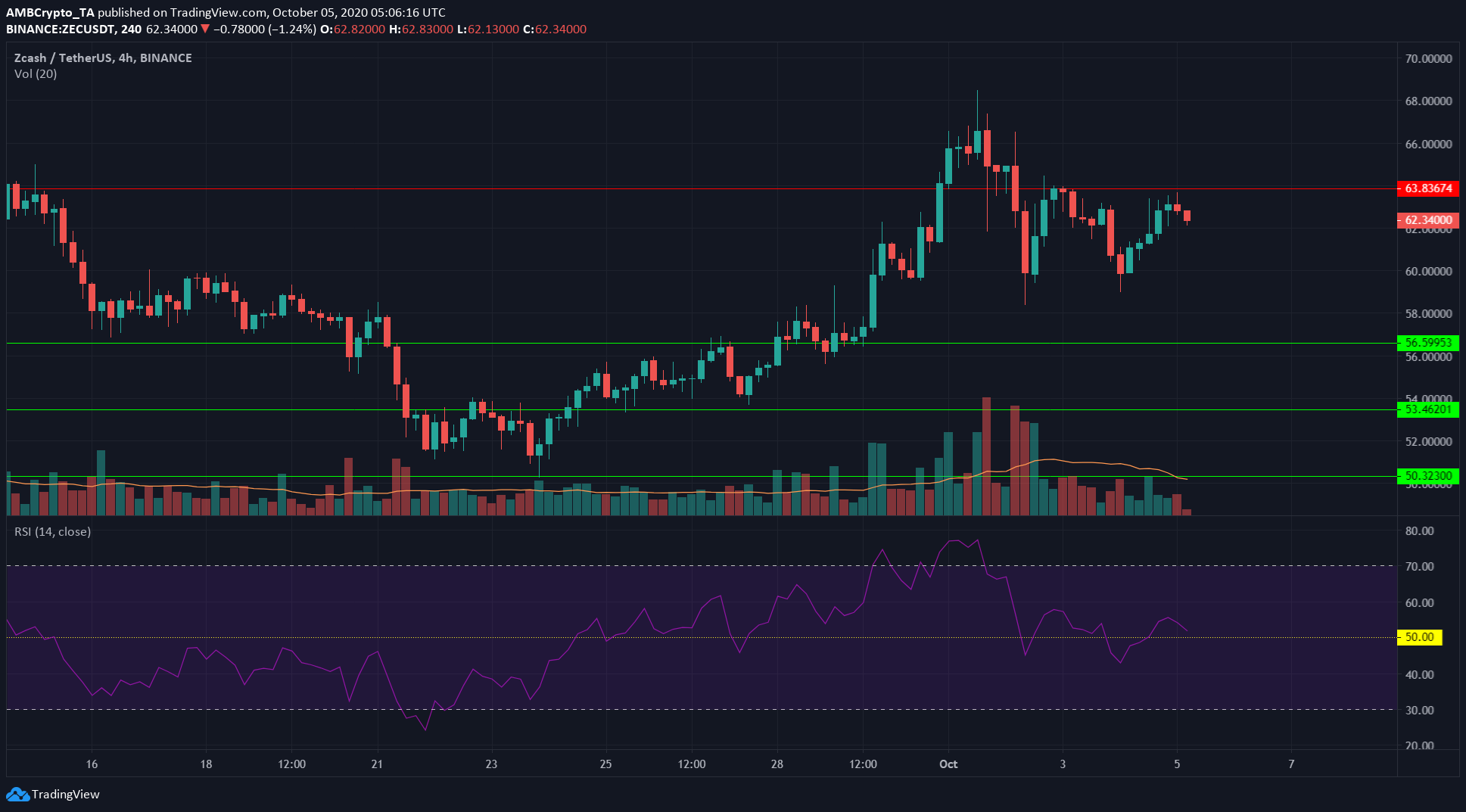 ZEC faced resistance at $64 region once more after a rise to $68 saw a sharp drop to $58. At press time, ZEC had made two more attempts at resistance but was yet to breach to level.

$60 and $64 have been stubborn levels for the past couple of days, and a close below or above either level would set the direction of the market over the next few days.

RSI stood at 51, suggesting neutral momentum while the trading volume was also reduced. 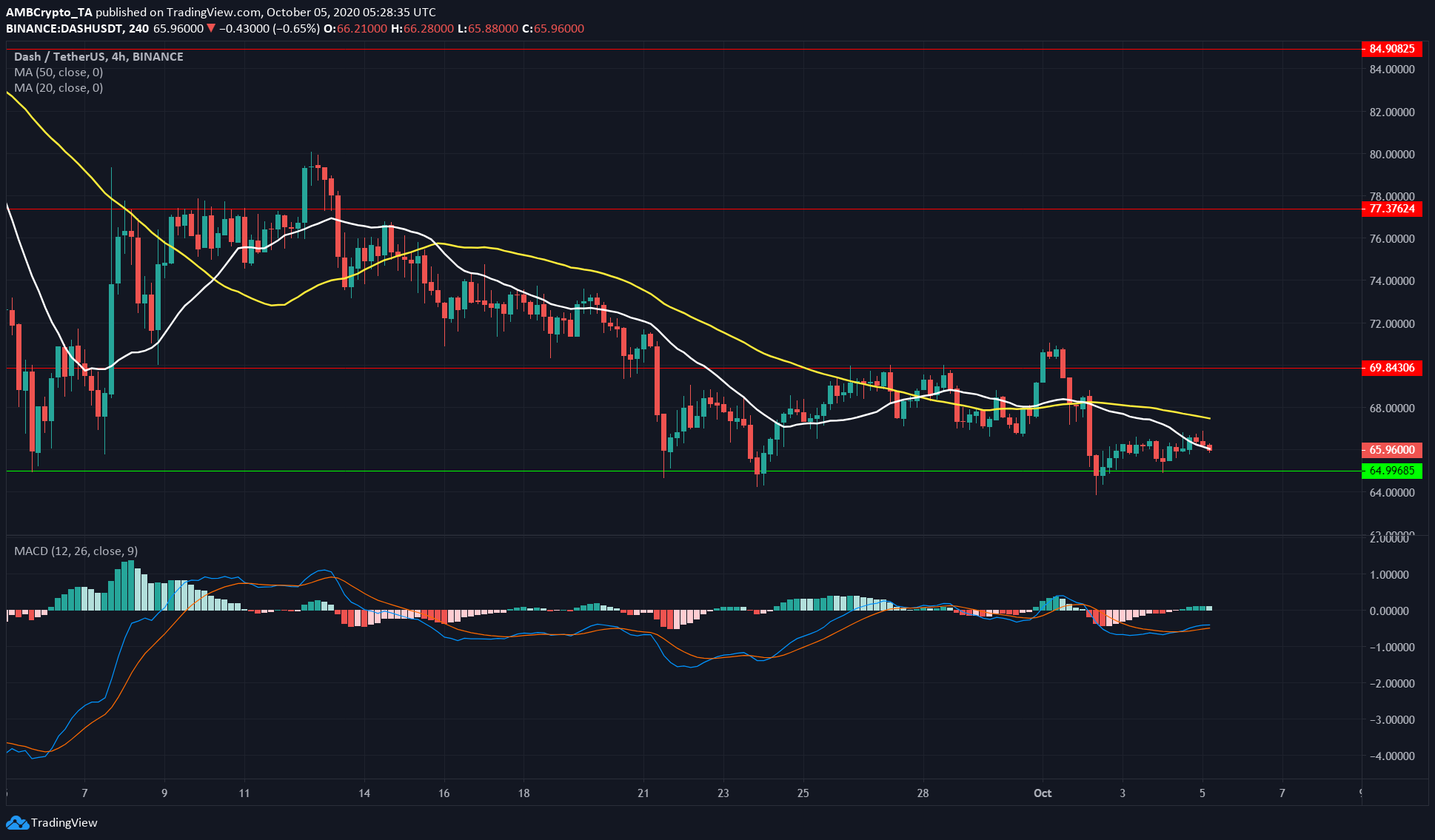 The 20 SMA (white) crossed beneath the 50 SMA (yellow) indicating short-term bearishness. In addition, the MACD was below the zero line, suggesting that bearish momentum had prevailed in the past few days. However, it formed a bullish crossover there. This was a weak buy signal and a bounce could be seen.

The larger trend was a downward one. It appeared likely that DASH would lose the $65 level of support in the next few days.

In other news, Dash entered into a partnership with SDM to provide liquidity to the Dash network through its OTC trading desk.