Many major altcoins showed signs of reversing their recent downtrend. Binance Coin appeared to be caught in a range and consolidating. Tezos has been steadily dropping since hitting an ATH. Enjin approached a region of confluence and any break-out from this region can be expected to be a strong move. 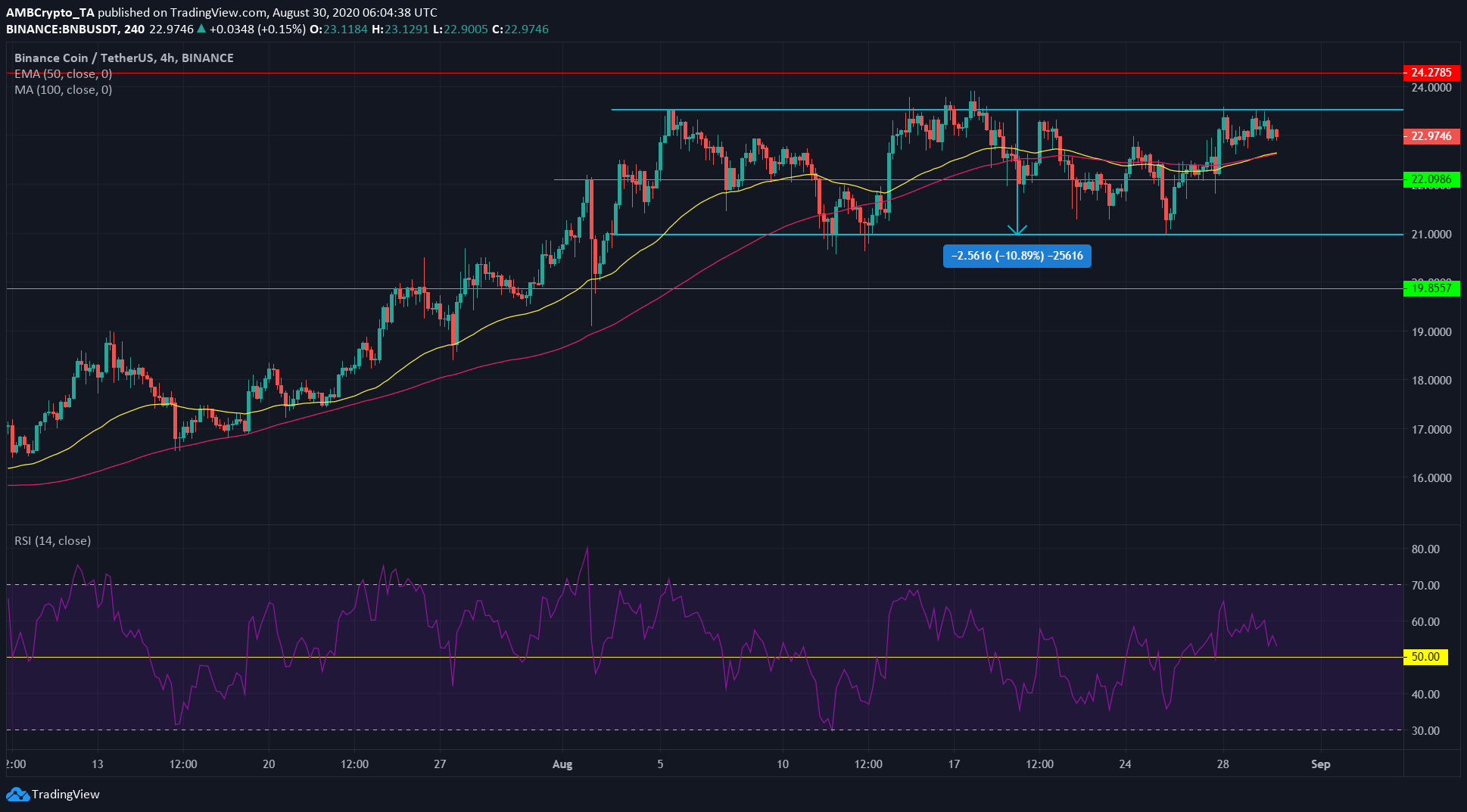 Binance Coin was trading above support at $22. Though this level has served as important support in the past, the price has see-sawed through it in the past few days. A price range (cyan) was highlighted to indicate possible trading opportunities if price approaches either level.

RSI showed a value of 53 and kept above 50 neutral line recently, indicating BNB is consolidating or might be at the beginning of an uptrend. The idea of consolidation is reinforced by 50 EMA (yellow) and 100 EMA (pink), which have been moving very close to one another. 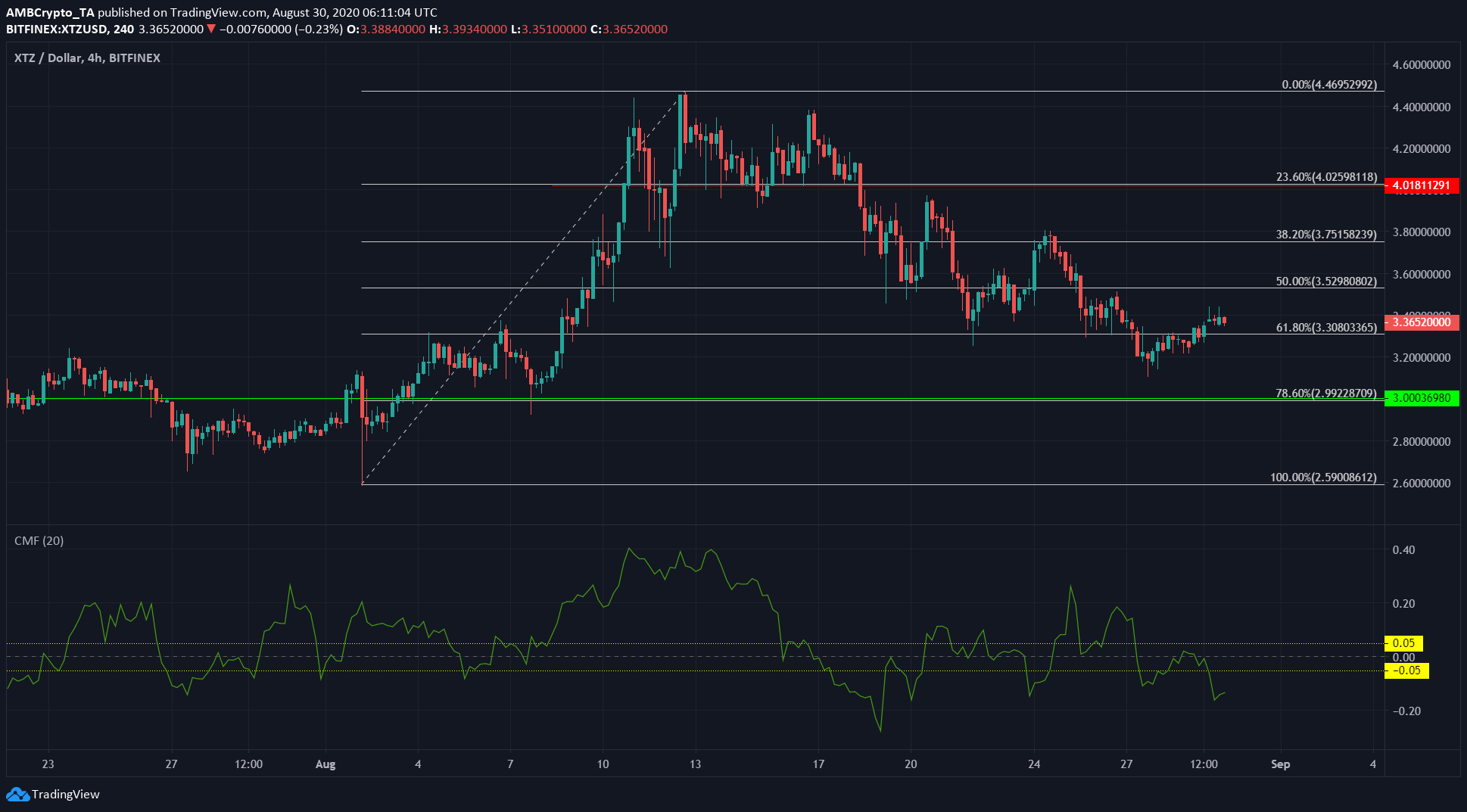 Chaikin Money Flow was strongly negative, showing mounting selling pressure. Unless this changes, XTZ is likely to drop to $3. 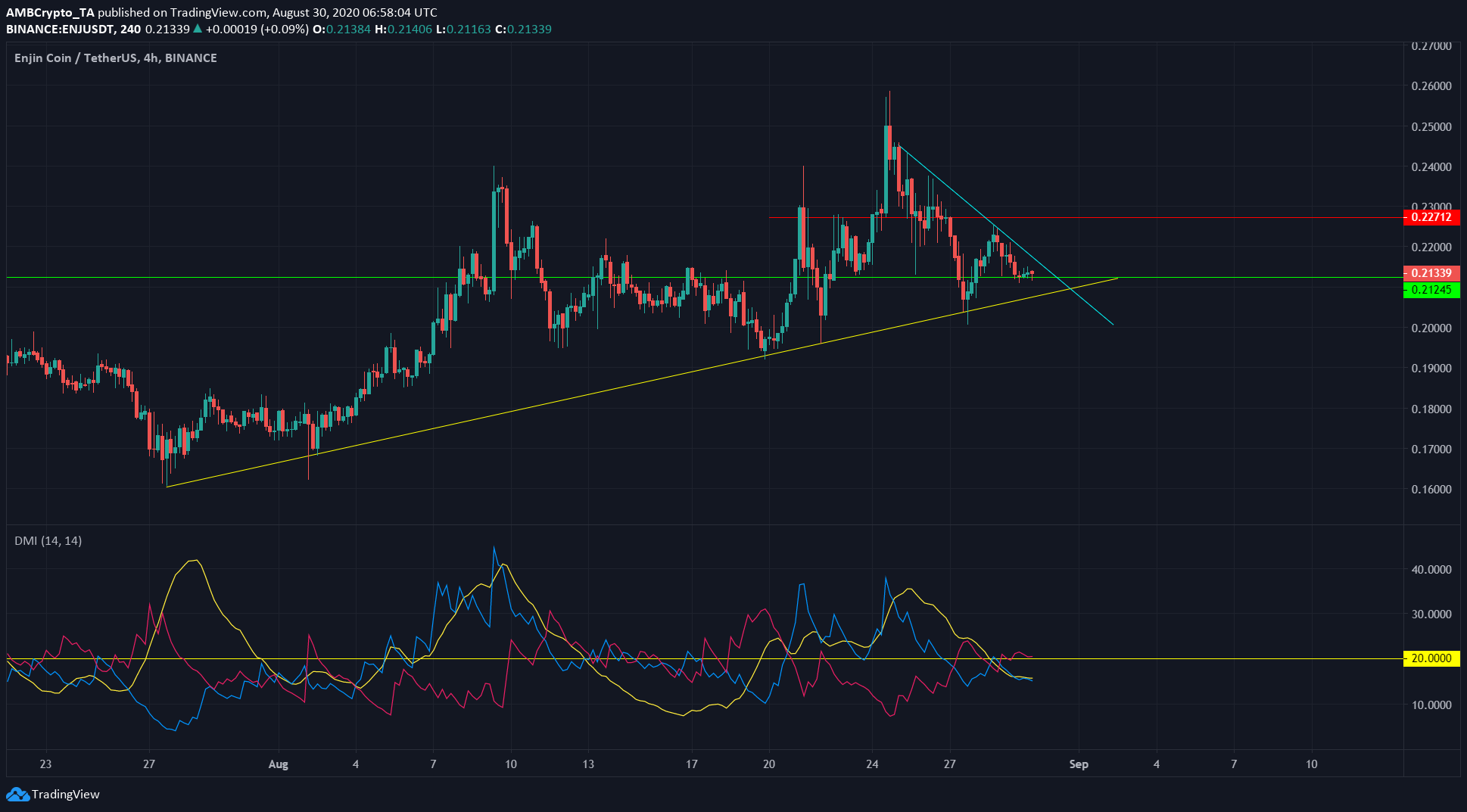 Enjin was ranked 79th on CoinMarketCap, with a capitalization of $175.1 million. In a recent tweet, Binance drew attention to the possibility of trading Binance Collectibles on the Enjin Marketplace.

ENJ has been on an uptrend (yellow) throughout August. Its surge to $0.256 and eventual drop showed a shorter-term bearish trend (cyan) that ENJ has been unable to break.

The confluence of two trendlines with support at $0.212 made this region very important for ENJ’s next move.

The break-out might go upward or downward, but since the longer time-frame trend is upward, it seems the more likely direction of Enjin.