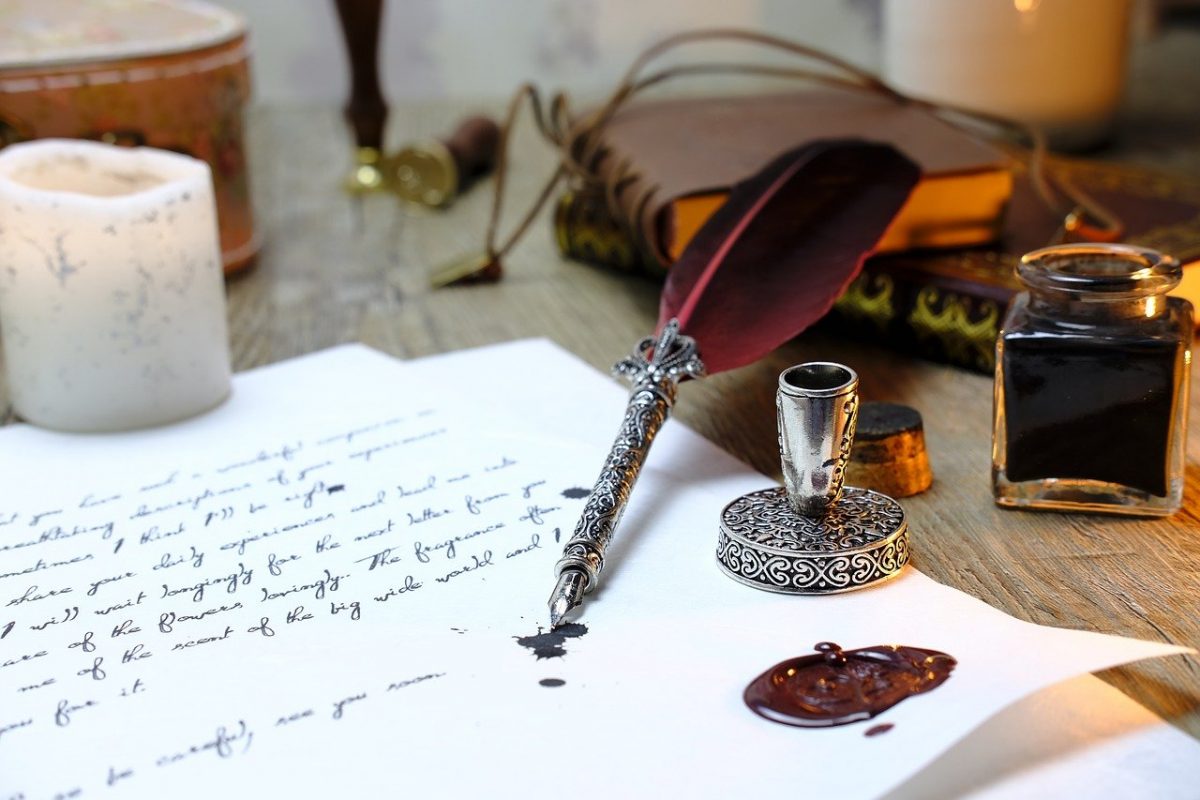 Bitcoin advanced from $10,650 to $10,800 and was trading at press time at $10,765. The steady gains made by Bitcoin suggested a shift in sentiment toward the bullish side.

The Crypto Fear and Greed Index showed a value of 47, a rise from the previous day’s 42. Binance Coin showed a bearish divergence but overall looked likely to reclaim a level of resistance. Stellar Lumens was caught in a wave of selling pressure even as the bulls tried to steer the coin upward. DigiByte could be set to follow the previous bear trend. 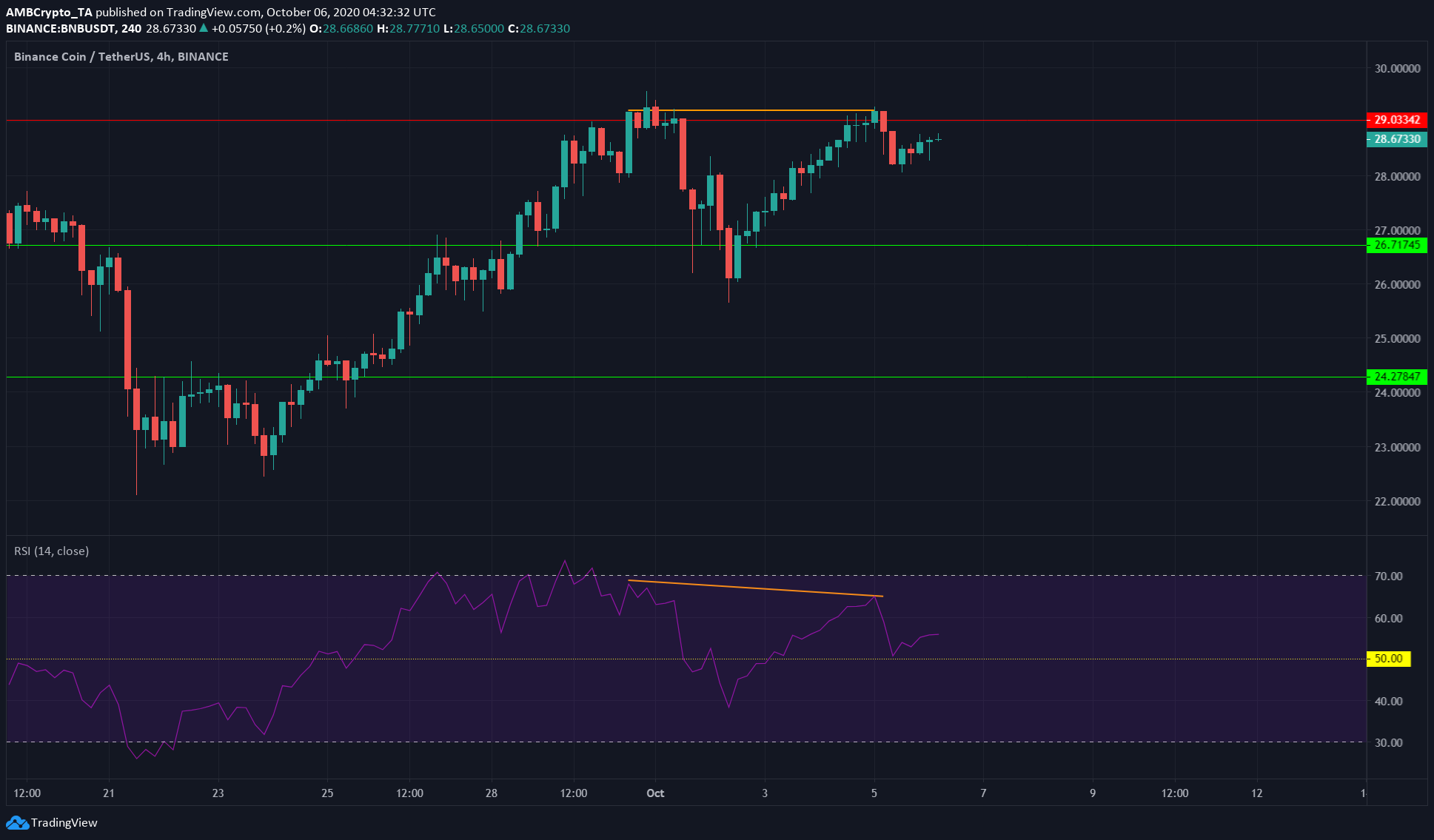 Binance Coin was in a steady uptrend. It showed an exaggerated bearish divergence (orange) where the price made equal highs but the momentum indicator (RSI) made lower highs

On this divergence, BNB dropped from $29.19 to $28 before recovering to $28.7. In the short-term, the uptrend was strong and BNB can be expected to flip resistance at $29 to support.

RSI stood at 56 and had not dipped beneath the neutral 50 region, suggesting that the uptrend had room to continue. 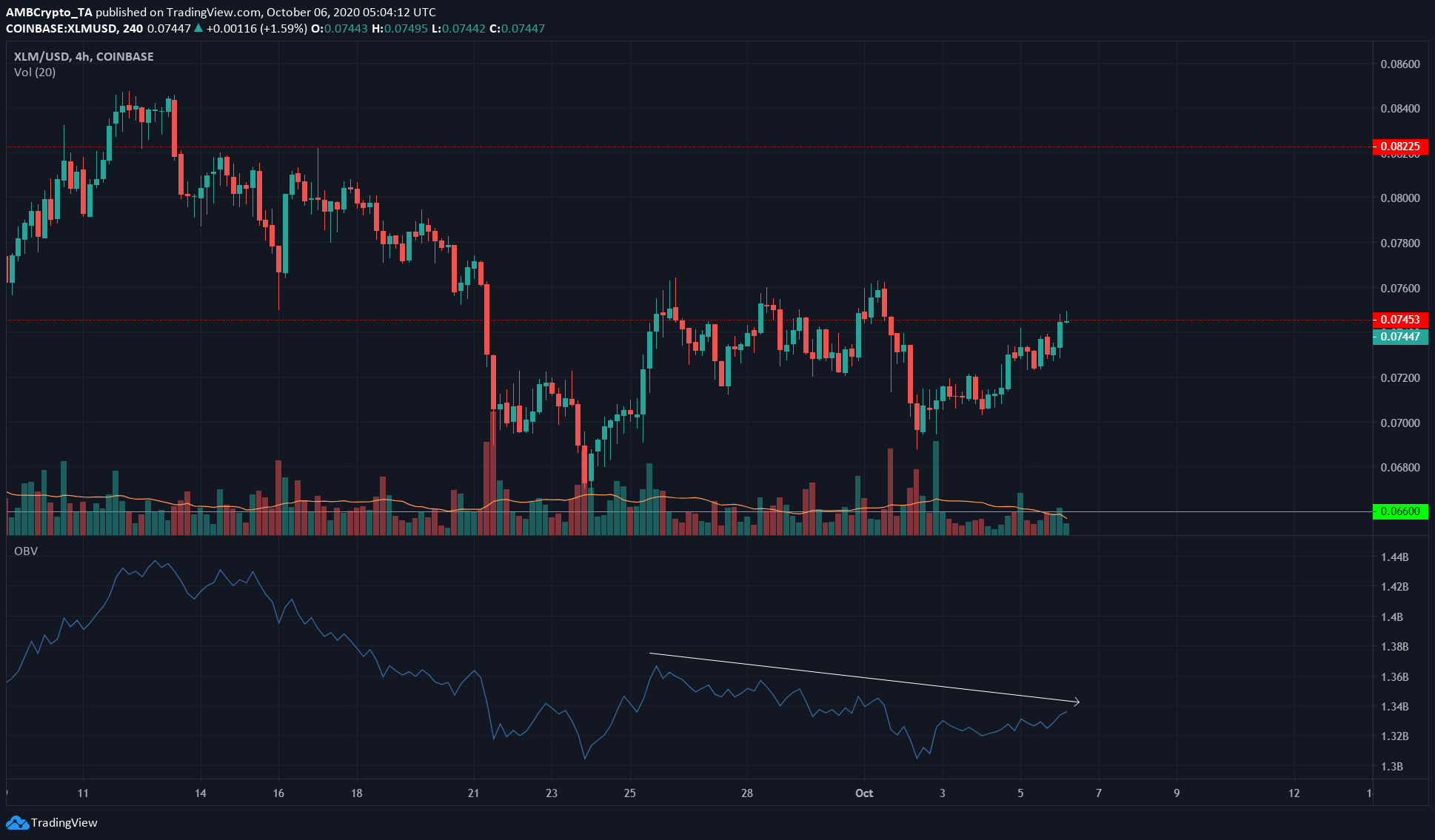 Stellar Lumens made another attempt to rise past the level of resistance at $0.745. In the past few days, XLM price rose steadily but there is a strong chance that XLM would be rejected once more.

The OBV showed a trend of selling volume outweighing the buying volume, highlighted in white. This was bad news for the bulls, who were likely to be overwhelmed at resistance by bears.

The most recent advance in the price was not accompanied by a rising trading volume. This reinforced the idea that XLM would be rejected at resistance. 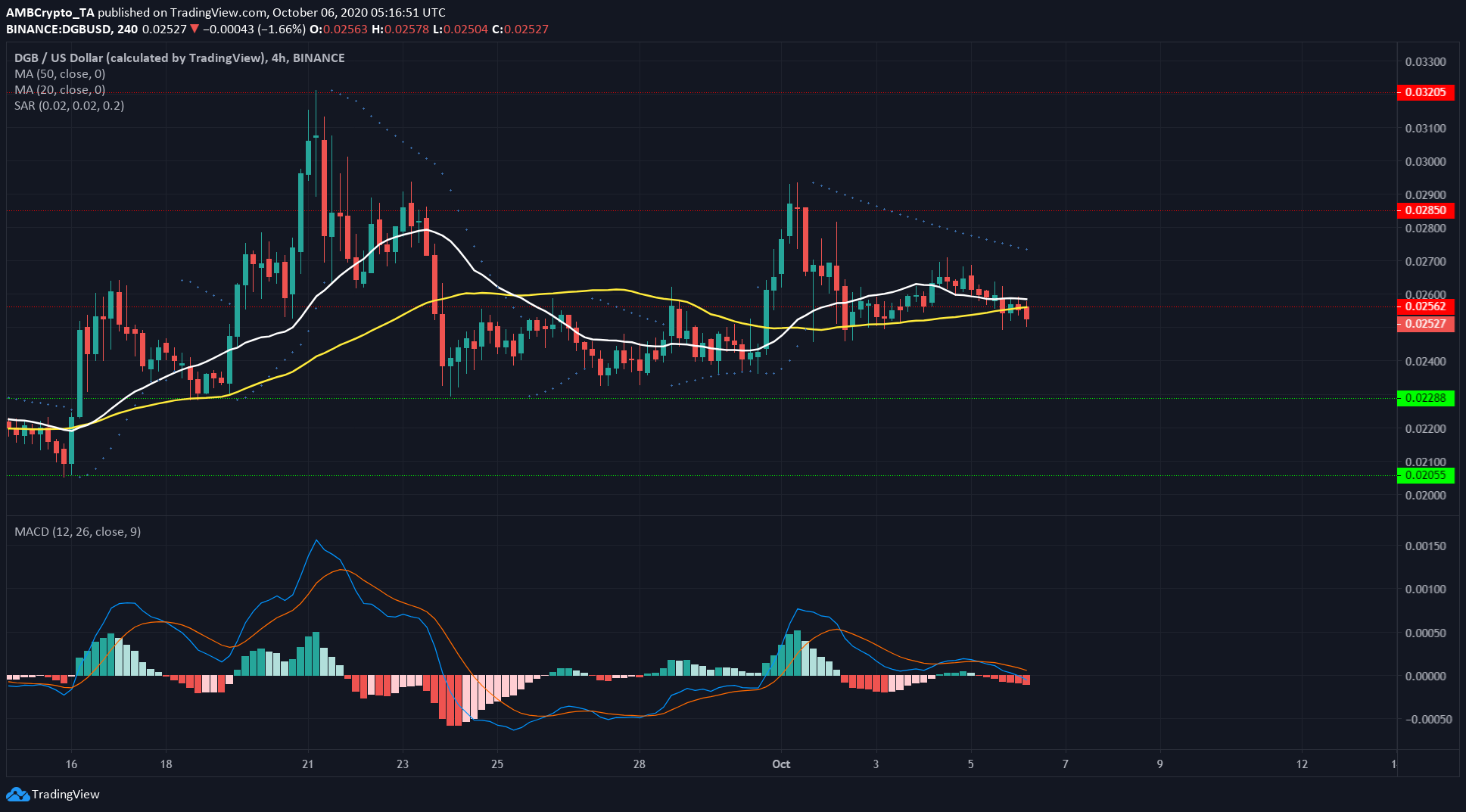 The 20 SMA (white) recently crossed above the 50 SMA (yellow). This was indicative of bullishness in the near-term, but other factors pointed to the downside.

The price has been making a series of lower highs, showing a downtrend. The MACD also formed a bearish crossover and was headed beneath the zero line, which would be strongly bearish for the asset in the short-term. Parabolic SAR also gave a sell signal.

Are platforms moving from Ethereum to Cardano?