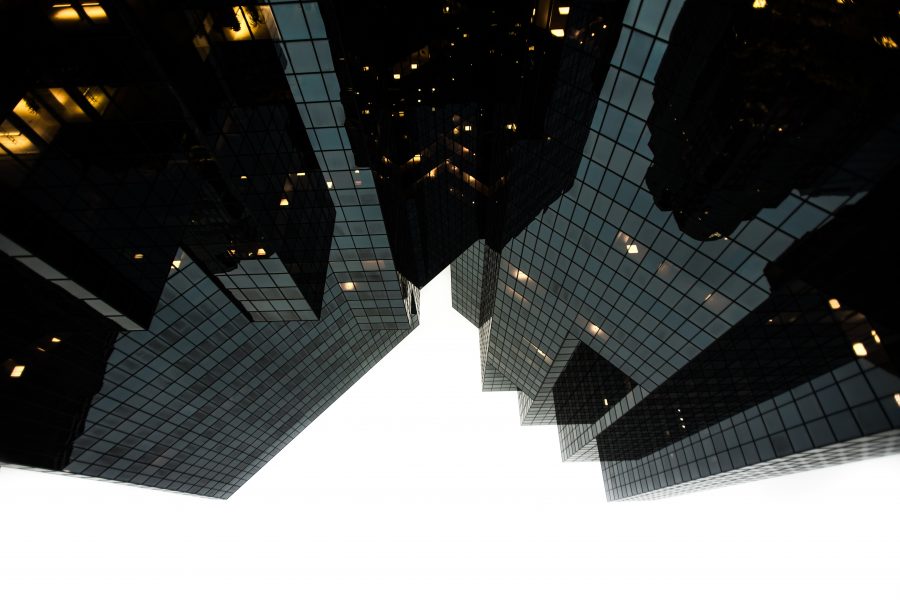 The past month has been more tumultuous than normal for the cryptocurrency market. From breaking into the five-figure territory to dropping to a five-month low, the strings of the Bitcoin market are being pulled.

A month ago, Chinese President Xi Jinping hailed blockchain as a “core technology,” which saw a 42 percent Bitcoin daily gain. Now, as China is speculated to go back to its anti-cryptocurrency ways, the prices of top coins have dropped and the overall market is marred in a sea of red. With Bitcoin experiencing tremendous volatility in the past month – one sector of the market is surfing the wave while everyone else drowns – institutional investors.

Bakkt, the digital assets Futures platform of the Intercontinental Exchange [ICE] is loving this market volatility and has responded with massive positive movement in their volume. With Bitcoin dropping by over 10 percent in the past 24 hours all the way to $7,200, institutional investors scurried to take advantage of the price fluctuation, trading an estimate of over 2,700 worth of Bitcoins, taking to volume up to $20 million, a new all-time high for the Bakkt.

According to Bakkt volume Bot, a volume tracker for the platform, on November 22, with 83 percent of the trading day lapsed, the BTC traded stood at 2728, while the traded price was $7,340, hence putting the volume at $20.02 million. If this trend continues, by the close of the trading day, the volume would move over $21.5 million, at just under the equivalent of 3,000 BTC traded.

To put that figure in perspective, the previous ATH for Bakkt Bitcoin Futures was $15.6 million, recorded on 8 November as Bitcoin dropped from $9,200 to $8,600 within a day. 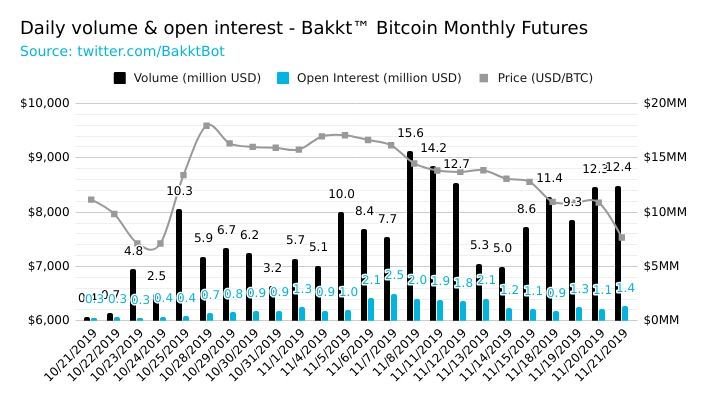 With every drop in price, big or small, institutional investors expected a trigger of a large price drop hence Bakkt’s volume swelled up during every mild bearish run. The volumes from 8 November to 12 November were based on the expectation of a price landslide, with the movement of every loose rock. As the price stabilized in the following week, with Bitcoin showing little to no volatility, Bitcoin Futures saw low volume. This drop in volume was also seen on the CME Bitcoin Futures market.

China’s changing colours on cryptocurrencies, coupled with their leanings towards blockchain technology and the development of the digital yuan has caused several shifts in the Bitcoin market. Institutional investors, it would seem, jumped on the trigger which they had been waiting for since the beginning of November – Bitcoin collapsed and Bakkt soared.

XRP’s breach of descending channel could drive price up