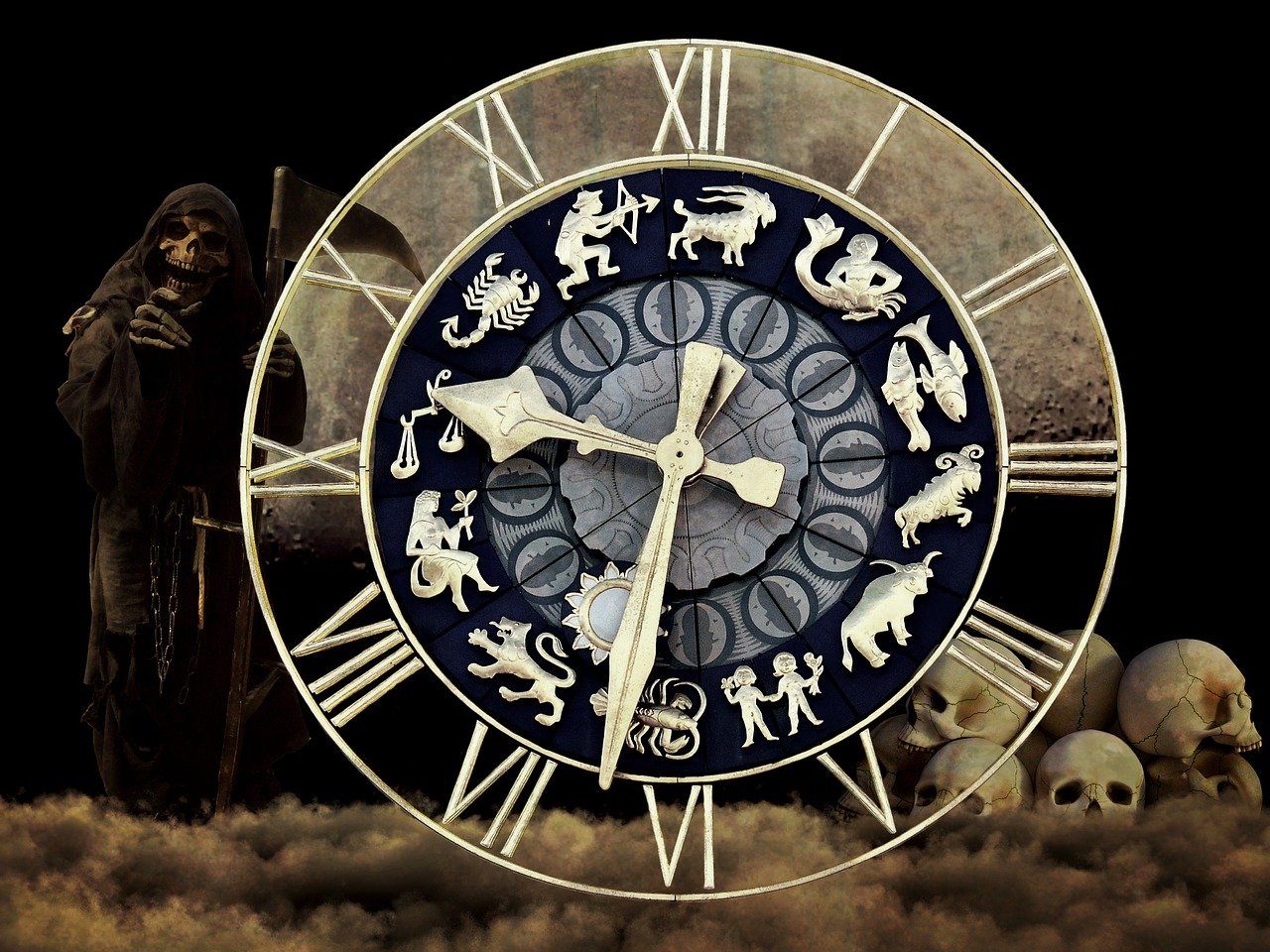 CBDCs just got real. The idea of a central bank digital currency, a couple of months ago, felt like a distant dream. But, now it’s more than real as countries are now rushing to create a digitized version of their national fiat currency.

The market has become highly diverse too. We have come a long way from Bitcoin to a plethora of options that Satoshi’s creation enabled. We have learnt about how digital currencies challenge the traditional definition of money, the role of central banks, and the financial intermediation model. We are talking CBDCs now.

Most central banks today are either actively engaged in researching about CBDCs or are actively pursuing its development.

So, what is a CBDC exactly? Despite a dozen reports published, there is no set consensus on its definition yet. In short, a CBDC is a digital form of fiat money that has centralized control. And while CBDCs were on everyone’s mind for a while, it was Facebook’s Libra announcement that threw a spanner in the bolstering of its work.

Expanding on the scope of CBDC, one of the value propositions of it, though not explicitly mentioned, is the cross-border angle. And as proposals regarding the same become more concrete, especially with a digital form of cash, the ease of its circulation will dramatically increase. This dimension is what needs exploration. First up, the Chinese CBDC, christened ‘DCEP.’

Long before the Bank of England released a working paper on CBDCs, it was China that began working on it. Since 2014, precisely. It isn’t surprising that China was not happy with the US Dollar’s role as a global reserve currency. In a bid to extend its reach, China expanded cross-border trade RMB Settlement project, focusing initially on the Hong Kong market in 2009.

Six years later, the Renminbi [RMB] received the status of ‘reserve currency’ from the International Monetary Fund [IMF]. The RMB was added to the IMF’s ‘Special Drawing Rights’ basket a year later in 2016. Special Drawing Rights or SDR is essentially an international reserve asset created by the IMF in the year 1969 to supplement its member countries’ official reserves. This was an important milestone in the integration of the Chinese economy into the global financial system.

In fact, it even surpassed the U.S to position itself as the world’s largest goods trader in 2014, a title that the U.S had held for decades.

The rise of China in the global economy is nothing short of remarkable. Despite the fact that the U.S Dollar remained a dominant currency, China’s esoteric experiments with digitizing its national currency are another step towards replacing the former.

The DCEP is yet another revolution by the Chinese in their attempt to achieve global dominance as the world grappled with the COVOD-19 fallout. Dubbed ‘Digital Electronic Payment,’ China’s CBDC is pegged 1:1 with its fiat currency.

What appears to be a surface level and a general view that the CBDC will take effect in and around home jurisdictions, in the long run, it is believed that the DCEP will challenge the highly inefficient traditional cross-border remittance sector by channelling faster and frictionless payments.

Alas, there can be no end-all answer to the many questions posed by the cross-border remittance sector without addressing the literal giant in the room – Ripple.

The San Francisco-based firm, Ripple has been enjoying a good amount of monopoly, at least in the DLT-based remittance sector. It has expanded to multiple corridors and has seen active volumes in all of these.

However, if CBDCs emerge in different parts of the world with one of its main value propositions being disrupting the legacy cross-border remittance sector, it would make Ripple’s tech largely redundant as banks will always go for the option that has already been approved by the government. Further, let’s not forget that the blockchain company is already facing an ongoing lawsuit.

Alas, Ripple CEO Brad Garlinghouse does not seem concerned as he previously commented,

“A bank-issued digital asset can only really efficiently settle between the banks who issued it. Then, two scenarios can play out. Scenario one: all banks around the world put aside competitive and geopolitical differences, adopt the same digital asset, agree on its rules, and harmoniously govern its usage. Fat chance. The result would be an even more fragmented currency landscape than what we have today.”

XRP’s own status is as clear as mud. Unlike Bitcoin and Ethereum, which are commodities, the status of XRP is still unclear. The long XRP commodity-security debate is yet to see the light at the end of the tunnel.

Despite this, what has caught the attention of many was XRP being labelled as a supranational currency in an official document that discussed a Digital Fiat Currency [DFC]. What’s even more baffling was that Bitcoin was just labelled as a ‘cryptocurrency.’ 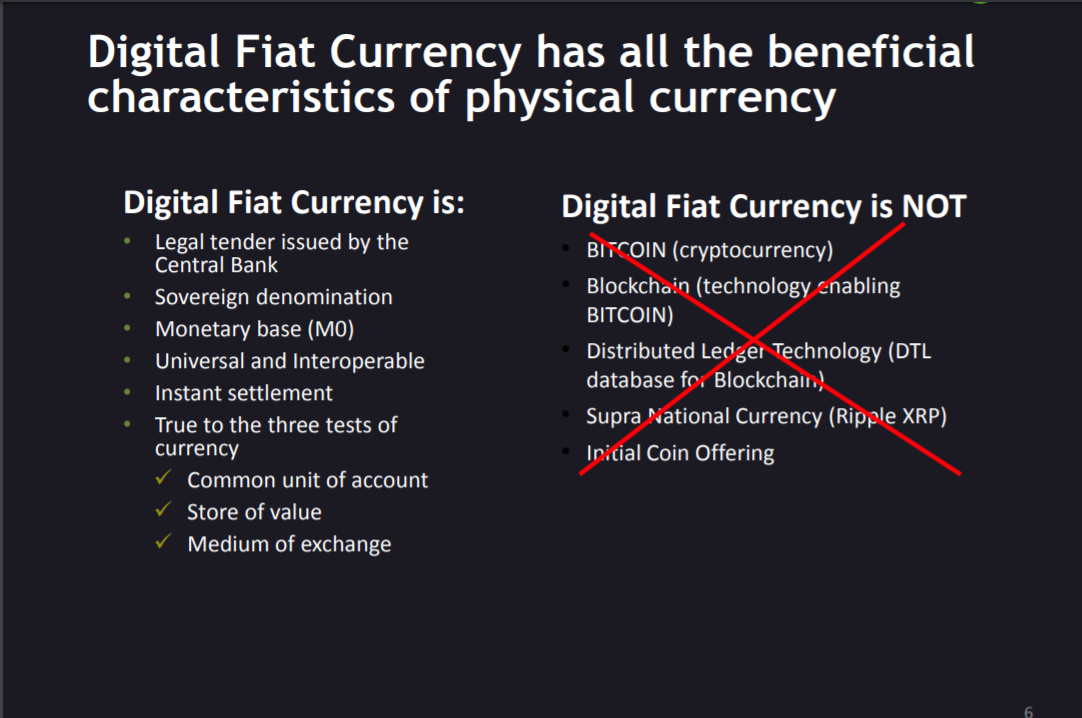 Was a tie-up with Ripple the plan all along?

Supranational currency or super currency is a hypothetical global currency that would be backed by a basket of reserve currencies at the IMF. The idea is to form a basis for a new global monetary system and replace the current U.S Dollar system. While the idea of this currency was part of the Keynes plan, it has gained traction once again as COVID-19 wrecked havoc and China’s DCEP neared its readiness for mass use.

However, Ripple could be way ahead of all this. Its connection with the IMF and central banks needs no introduction. Even the blockchain firm’s SWELL conference witnessed the participation of Raghuram Rajan, the former Governor of the Reserve Reserve Bank of India and Chief Economist for the International Monetary Fund.

Interestingly, at the event, Rajan had dismissed the idea of XRP becoming a global currency. saying that it is not something that the cryptocurrency is trying to become.

However, Ripple’s tryst with central banks goes back all the way to 2017 when it announced gathering over two dozen of them from around the world to explore its technology at the ‘Central Bank Summit on Blockchain,’ which started with a presentation by the International Monetary Fund [IMF] on “fintech’s potential to change market structure, opening new possibilities in payments.”

Even in the Swiss National Bank Conference, apart from some high-profile representatives from the financial world, and IMF, it was Brad Garlinghouse who was seated at the front table, representing the cryptocurrency industry.

Considering the fact that Ripple has always been vocal about wanting to complement the U.S Dollar, rather than replacing it, can the main intention behind IMF and Ripple’s weird [or rather wired] appearances together be a sign of something?

Theories claiming IMF wants to tie the SDR to XRP for settlements might make sense for some, but is far-fetched. However, even if we were to assume otherwise, this would mean a financial system in which the IMF, Ripple, and central banks are all intertwined. In that case, XRP could be used as a ‘bancor’ or a supranational currency.

It is hard to determine what is exactly going on behind the scene. Whatever be the case, Ripple knows how to position its company. It is one of the most successful firms in the space for a reason. Attempts to distinguish itself from the rest is one of many examples of Ripple vouching to be pro-regulation.

What can we expect?

In light of such speculations, how must one view CBDCs? Well, according to Bilal Hammoud, President and CEO at National Digital Asset Exchange – NDAX.IO, “one must view it as an upgrade to current financial paper currency.”

Further, while talking to AMBCrypto, Hammond, while refusing to get into conspiracy theory debates, asserted that despite CBDCs’ emergence in the future, “there will still be a need for a bridge currency such as XRP for settling transactions quickly and efficiently between countries.” He added,

“For cross border payments, it has become increasingly important for banks to offload the risks of nostro/vostro accounts and the costs of hedging foreign currencies. XRP can play a vital role as a bridge between the different CBDCs where one country’s currency can be converted to XRP then converted to another country’s currency in a matter of seconds without the need of holding XRP.”