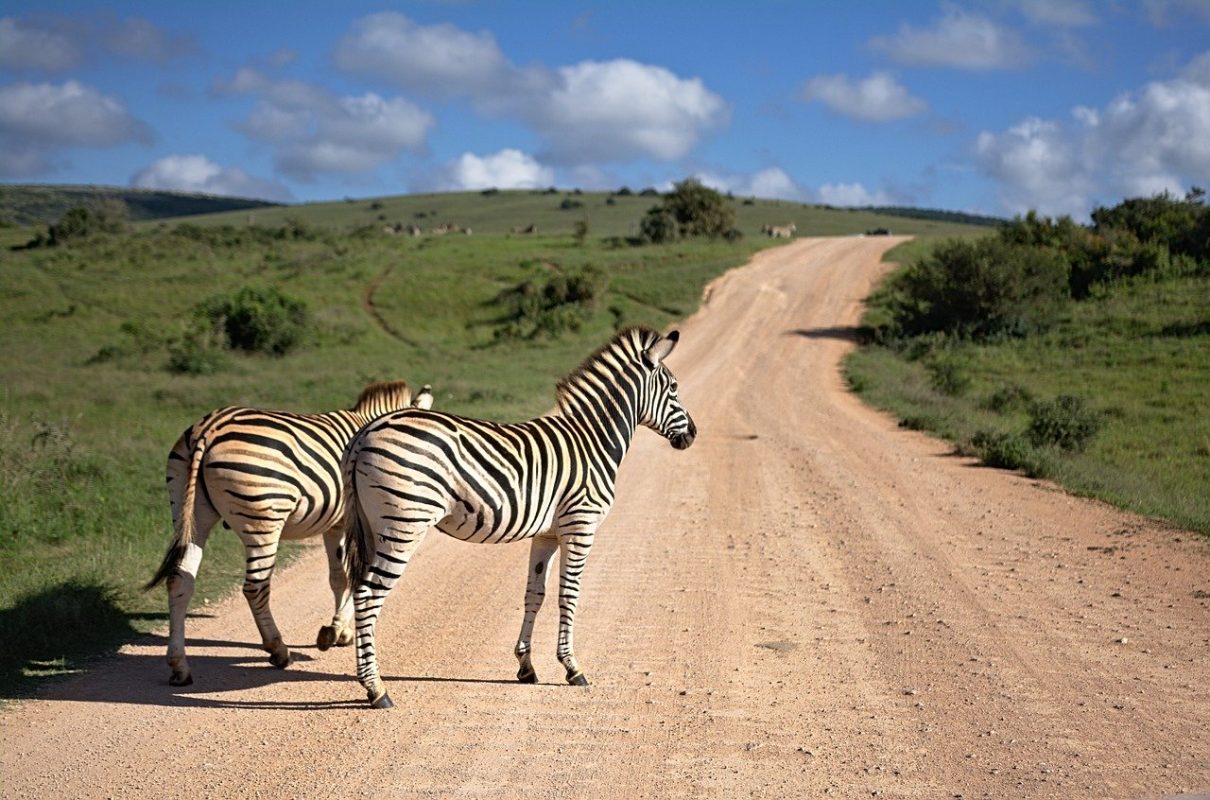 Cardano exhibited bearishness in its short and long-term outlook. In fact, it is likely that the crypto-asset will see another drop of close to 20% in September. Further down the cryptocurrency ladder, Algorand‘s price bounced a bit, but could be headed down south once more. Dash was trading above an important level of support on the charts and it could fall into a chasm too if the support level was to fail. However, the downward slide for altcoins might be coming to an end, with reports suggesting that Bitcoin has exhausted its seller pressure. 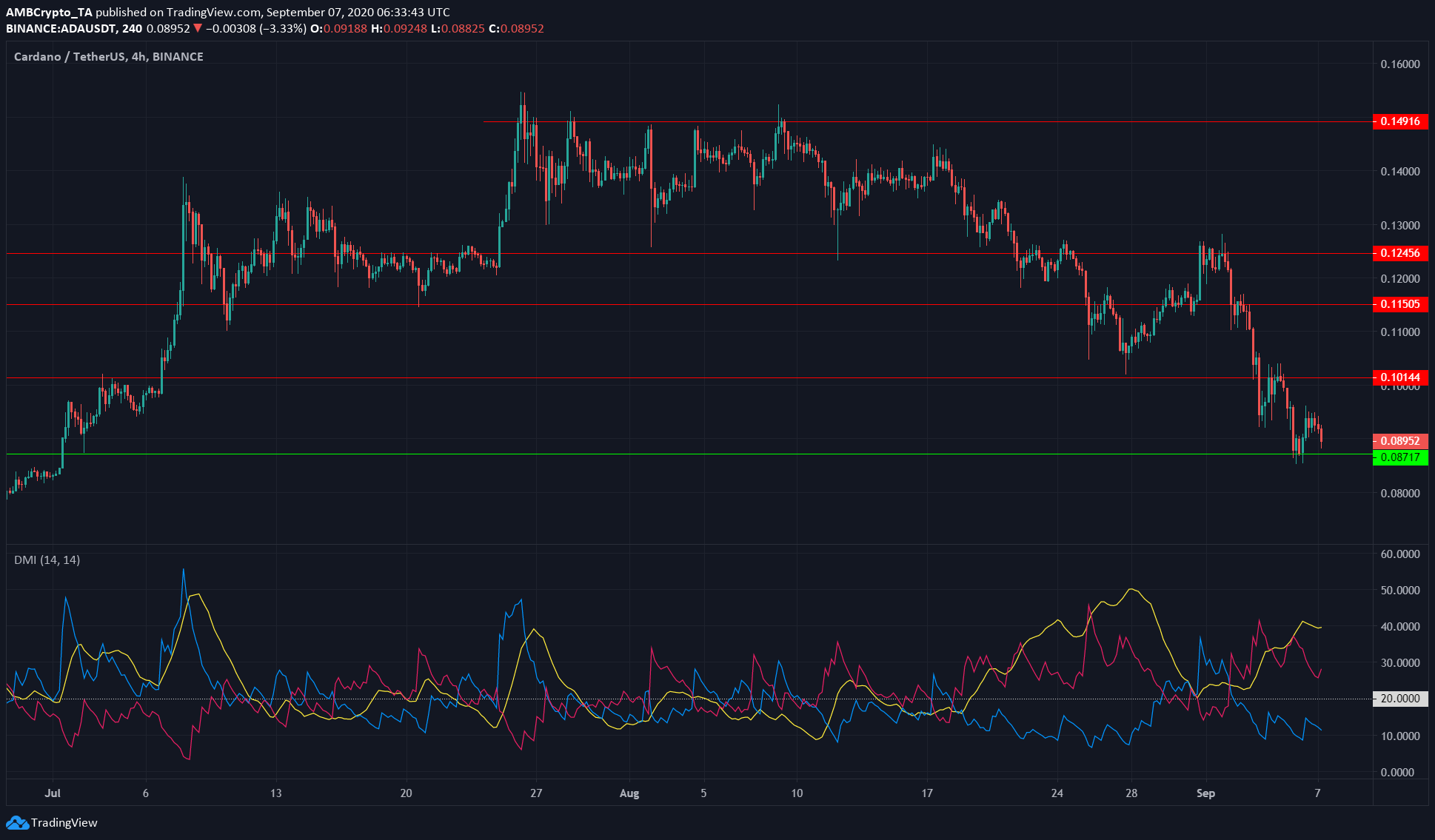 The Directional Movement Index showed that the downtrend was still strong on the charts as the ADX (yellow) was well above a value of 20 and the -DMI (pink) dominated the indicator.

At press time, Cardano occupied rank 13th on CoinMarketCap’s charts, with ADA having a valuation of $2.4 billion. 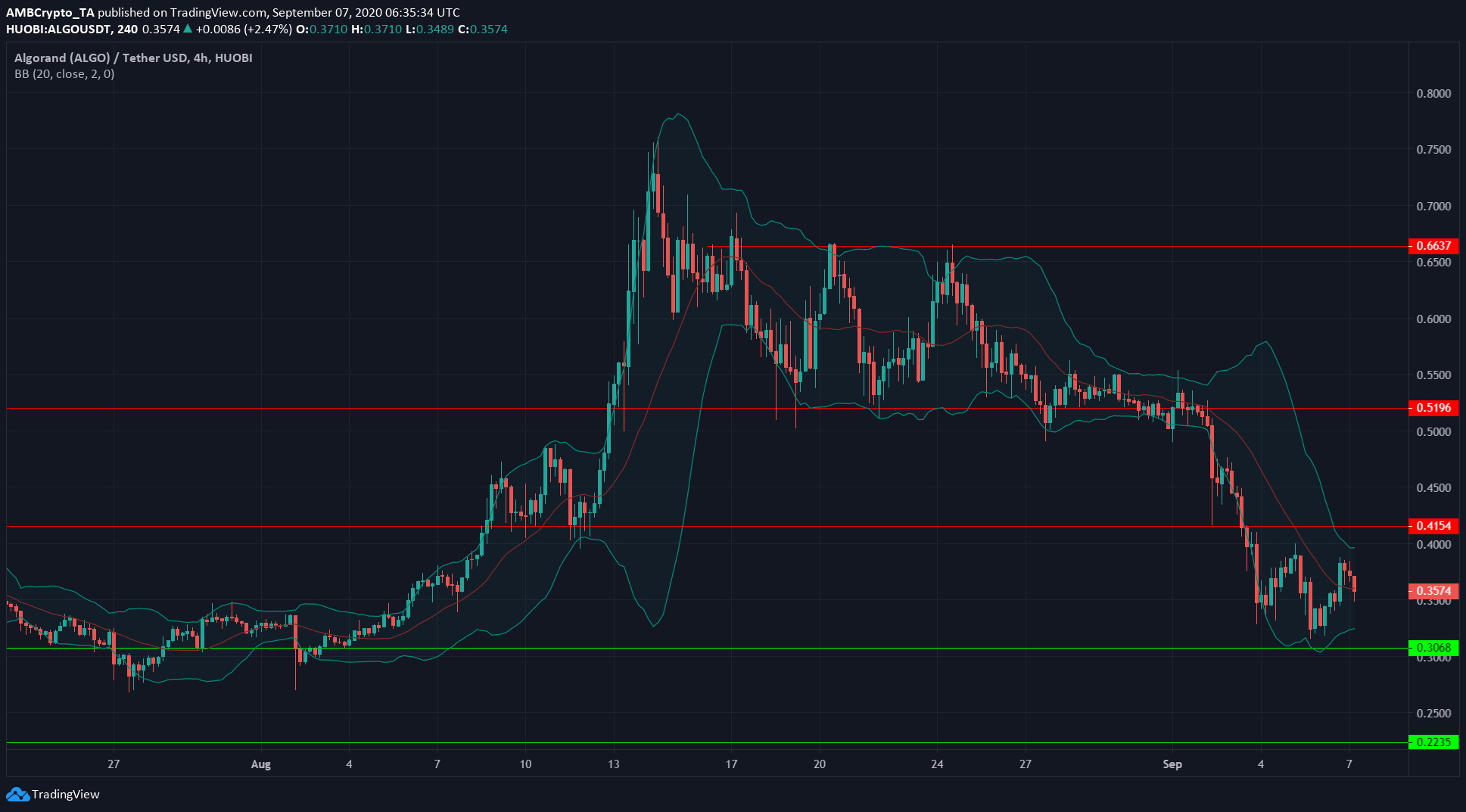 Algorand found support in the region right over $0.3 on the charts, with ALGO noting a bounce to climb to $0.386. However, the aforementioned bounce was unable to set any higher highs.

The Bollinger Bands were somewhat wide apart, highlighting the volatility of the crypto-asset. ALGO might be able to settle down and see tightening Bollinger bands around the $0.3 support.

If this support level was to fail, the next level will lie at $0.22.

Algorand was ranked 40th on CoinMarketCap, with a market cap of $375 million. It had a 24-hour trading volume of $140 million, which was about the daily average for the past couple of weeks. 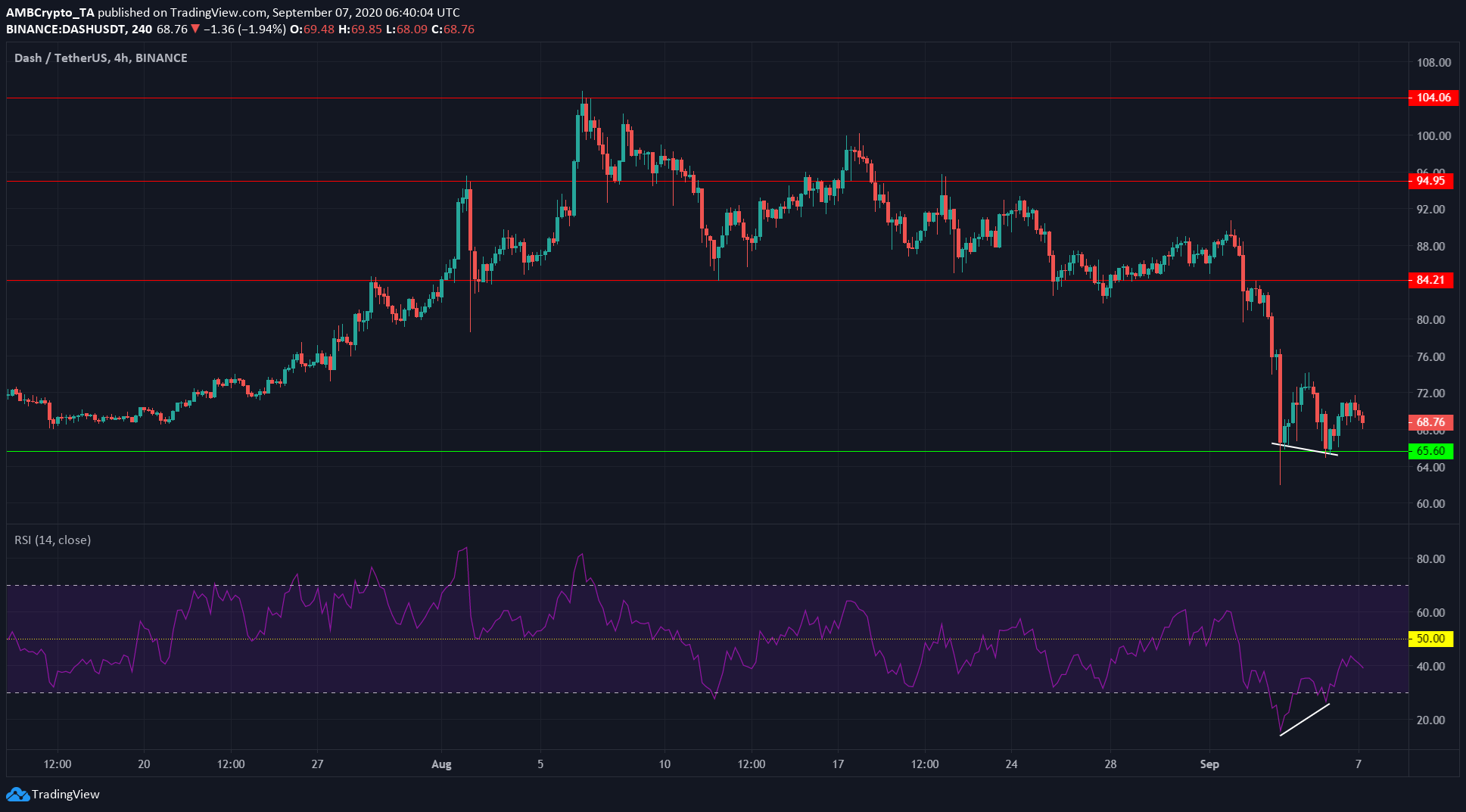 DASH registered a bullish divergence on the charts as the RSI noted higher lows, while the price made lower lows. The divergence may have completed playing out, however, as the price moved upwards from $64 to touch $70.

The next significant level of resistance lay at $84. The RSI was at 40, an observation that showed that momentum was still bearish on DASH’s side. Beneath the $65-mark, the next level of support lay at $45 for DASH.