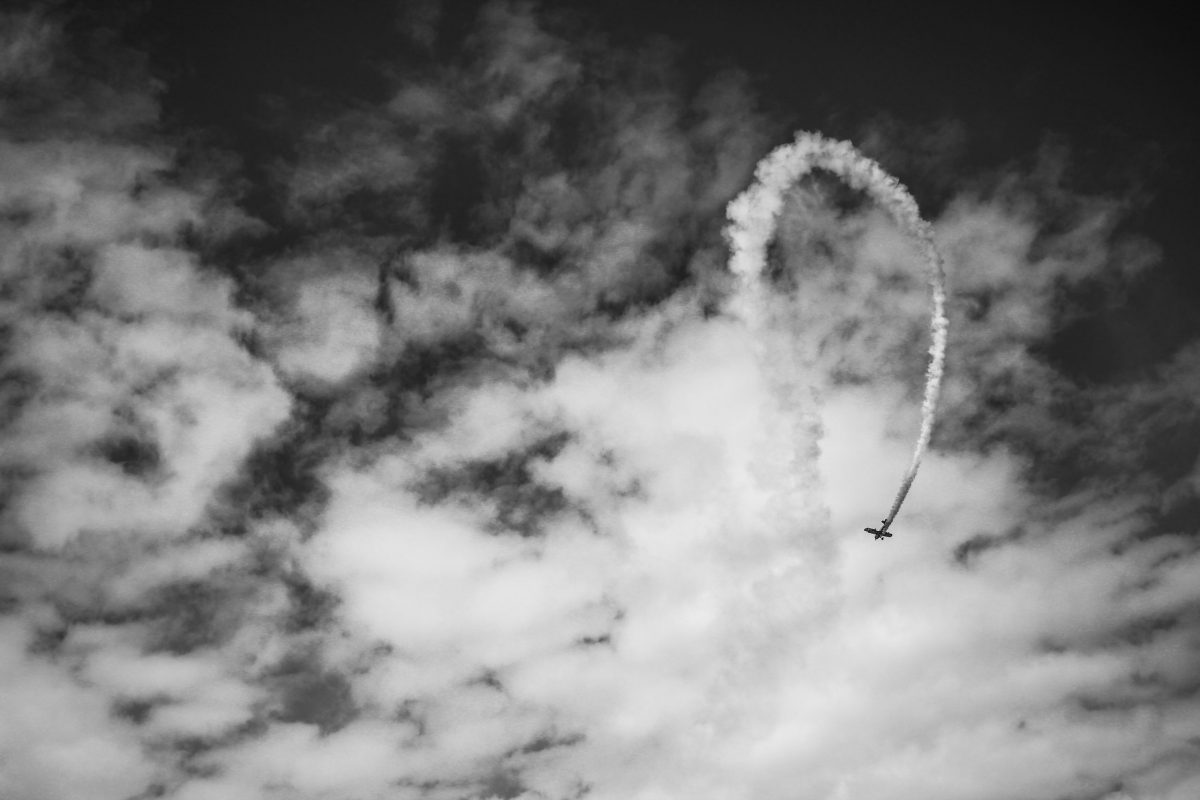 Ever since the largest cryptocurrency in the world began its bullish swing a month ago, it has breached the $12,000 mark a few times with each attempt succeeded by a big push down and thus placing Bitcoin into a FUD-feedback loop.

FUD stands for fear, uncertainty and doubt, and it’s quite a common occurrence in the Bitcoin market, especially during a bull market. It works like this, as the price rises, two sorts of investors emerge: those who think this is the highest Bitcoin is going to go, and begin to sell, and sell quick and those who don’t have any BTC but are spiteful of their friends’ bags as the price rises and hurry to buy a good amount to get in on the action. Can you guess which kind of investors is more dominant now?

According to the market intel report by blockchain analytics firm Chainalysis, sellers are coming to the fore, but they may have been exhausted. Recent declines in Bitcoin’s price which pushed it down from over $12,000 to under $10,500 in less than 24-hours has pushed the market into a “FUD loop” which has caused the former of the two types of investors to take chart. However, the report’s author, chief economist Philip Gradwell, is of the opinion that this is not a trend.

‘Price changes over a couple of days do not confirm a trend. I have more confidence to say we have passed a peak in prices for now.’

Since the drop materialized on the market, amount of BTC flowing into exchanges reached its highest point since July. What this means is for the first time since Bitcoin rushed over $10,000 two months ago, there is actually a greater motivation to sell, rather than buy or even hodl. Ethereum is faring worse though. The largest altcoin’s inflow to exchanges has reached its highest point since March that was when ETH was trading under $100, and now its still just below $400. 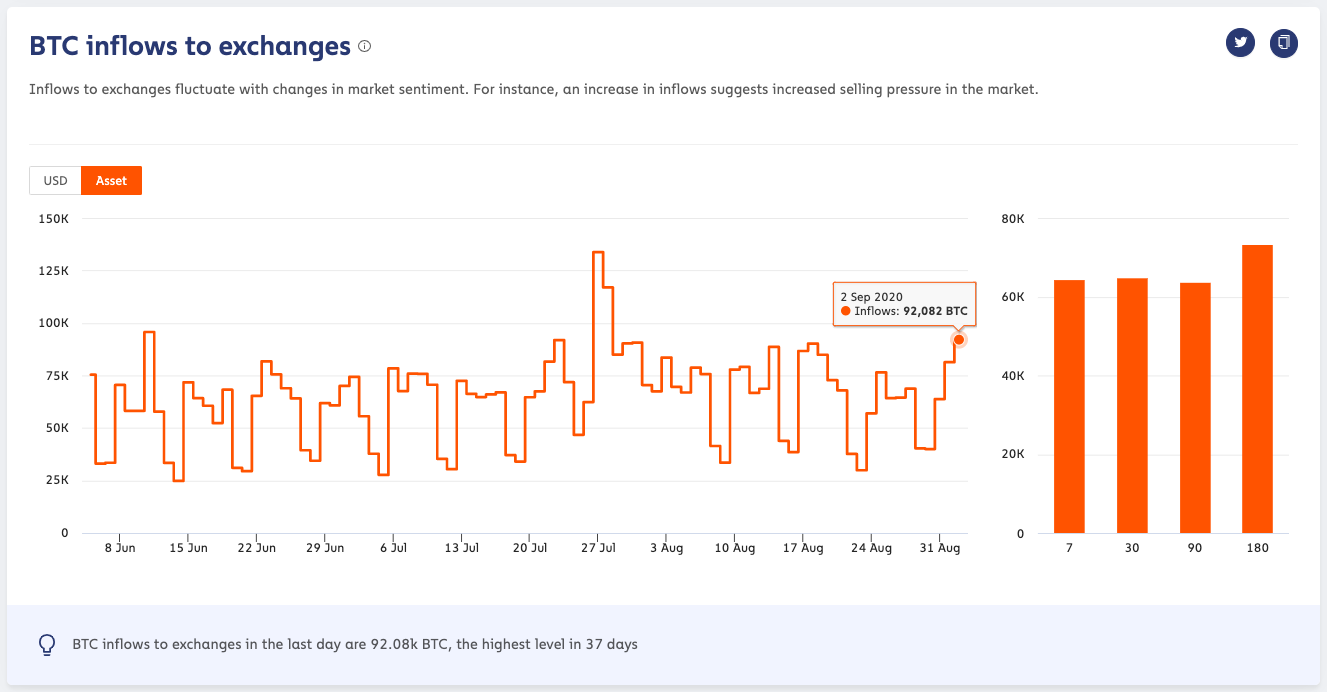 A positive for the BTC market was the lack of buyers. This could be because of two reasons. Either the price is too still too high to buy for conservative buyers who prefer to cash in on the action when the price is around $10,000 or less or the price is too low for more speculative buyers to predict it can rise further in the next few days or weeks.

Whichever camp’s argument you buy, the conclusion is the same, there is a case of excess supply in the market. Even in such a situation, those who want to sell can place their orders lower than the prevailing market price and pocket a profit, yet this isn’t happening either, because if it were, excess supply would be eaten up by those who demand lower than the prevailing price.

The report stated that the likely sellers of Bitcoin at this price are people who have been hodling BTC for less than 6 months to one year and decided to take their profits. Think about it, if you’d bought Bitcoin at the start of the year, and sold it now, you’d still make a 52 percent profit before deducting order and withdrawal fees, which is likely driving the supply.

Every attempt at breaking past the $12,000 mark has resulted in the crypto being pushed back into this FUD-feedback loop. It starts with a push from $10,000 over $11,000, then a minor peak over $12,000, those who want to take profits do so at this mark and end up pushing the price down to $10,000 where FUD creeps back in dividing the investors to the two types mentioned earlier, and the process beings once again.

Binance is the biggest crypto-exchange, (but) Binance Coin is undervalued