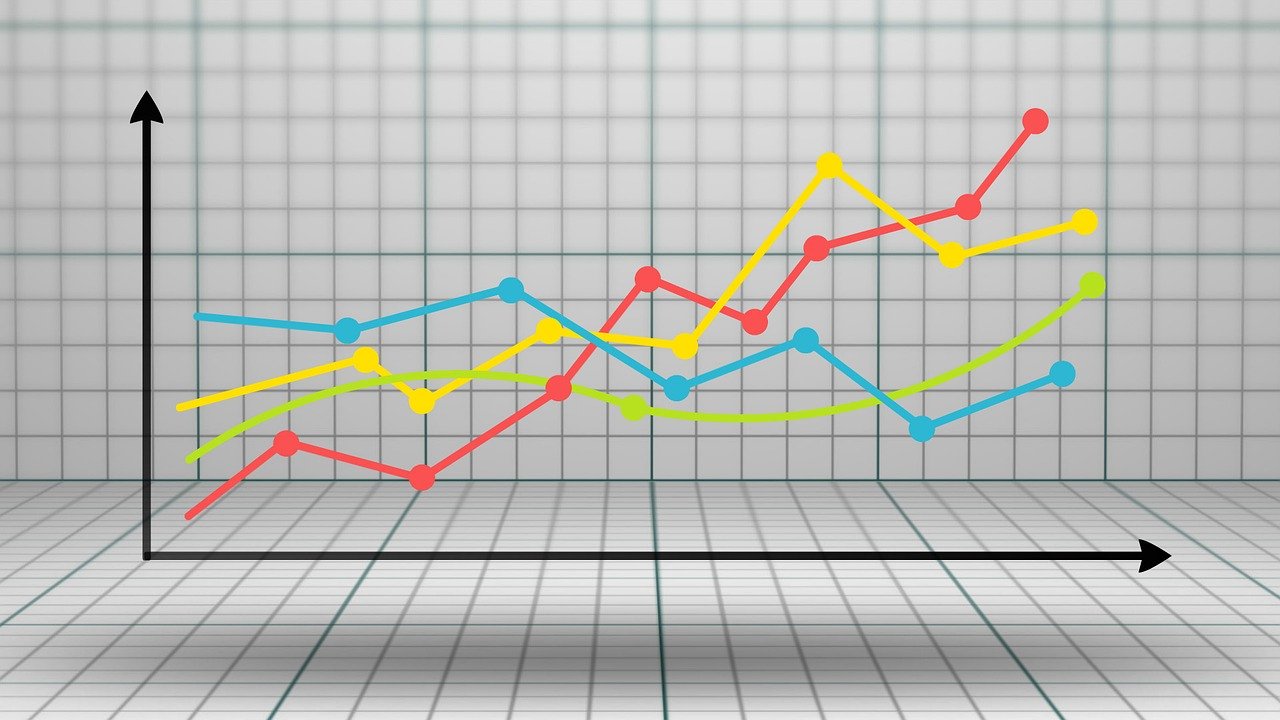 Cardano has been dropping quickly in value and currently stands at $0.0880 with a market cap of $2.7 billion, which has also seen a drop from $3.16 billion in the last 24 hours. No longer in the top-10 ranks, ADA’s journey south does not seems to be over yet. 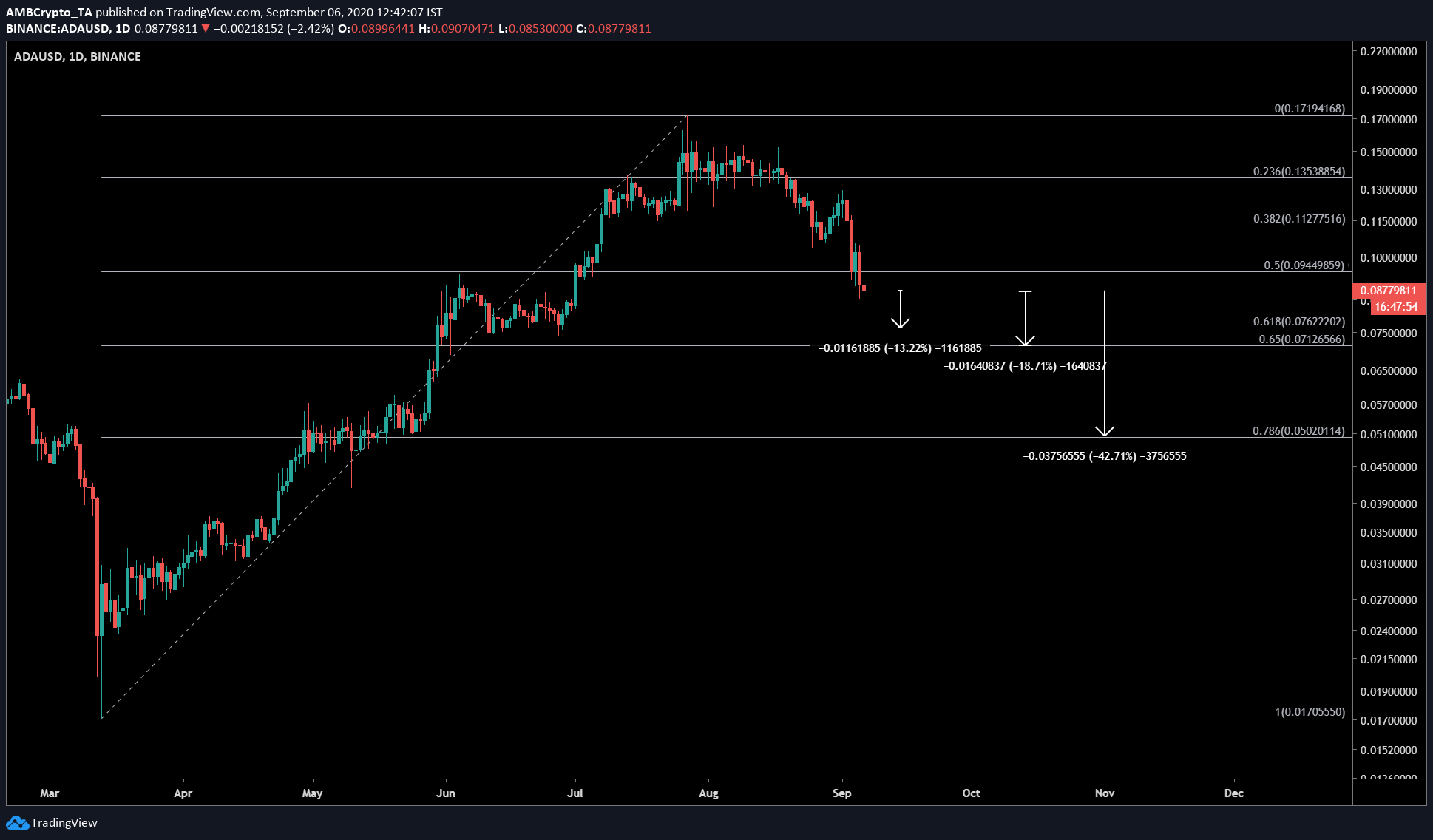 Although indicators for Cardano are indicating a bounce from here, they have to be neglected for the time being as bitcoin’s drop will push altcoins to follow it. 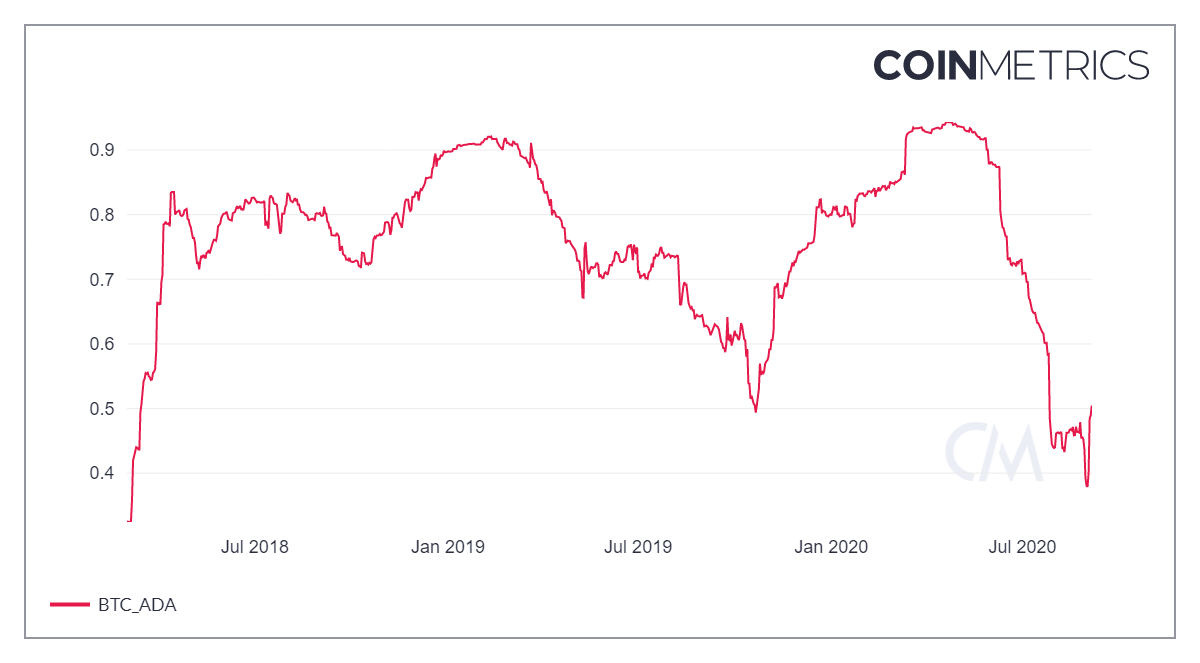 Altcoins have seen a great ride up in the last few months and ADA might have started the rally before most altcoins. Cardano pumped from $0.017 to $0.1719, a whopping 900% increase in less than 5 months.

However, the surge in bitcoin’s price to $12,000 was accompanied by the increase in the dominance of bitcoin. Hence, the correlation of alts with bitcoin has also increased.

As seen above, Cardano’s 90-day Pearson correlation has increased from 0.378 to 0.50 since 1 September. This increase is largely due to bitcoin’s crash. Hence, a further drop in Cardano’s price can be an expected result if bitcoin drops as well.