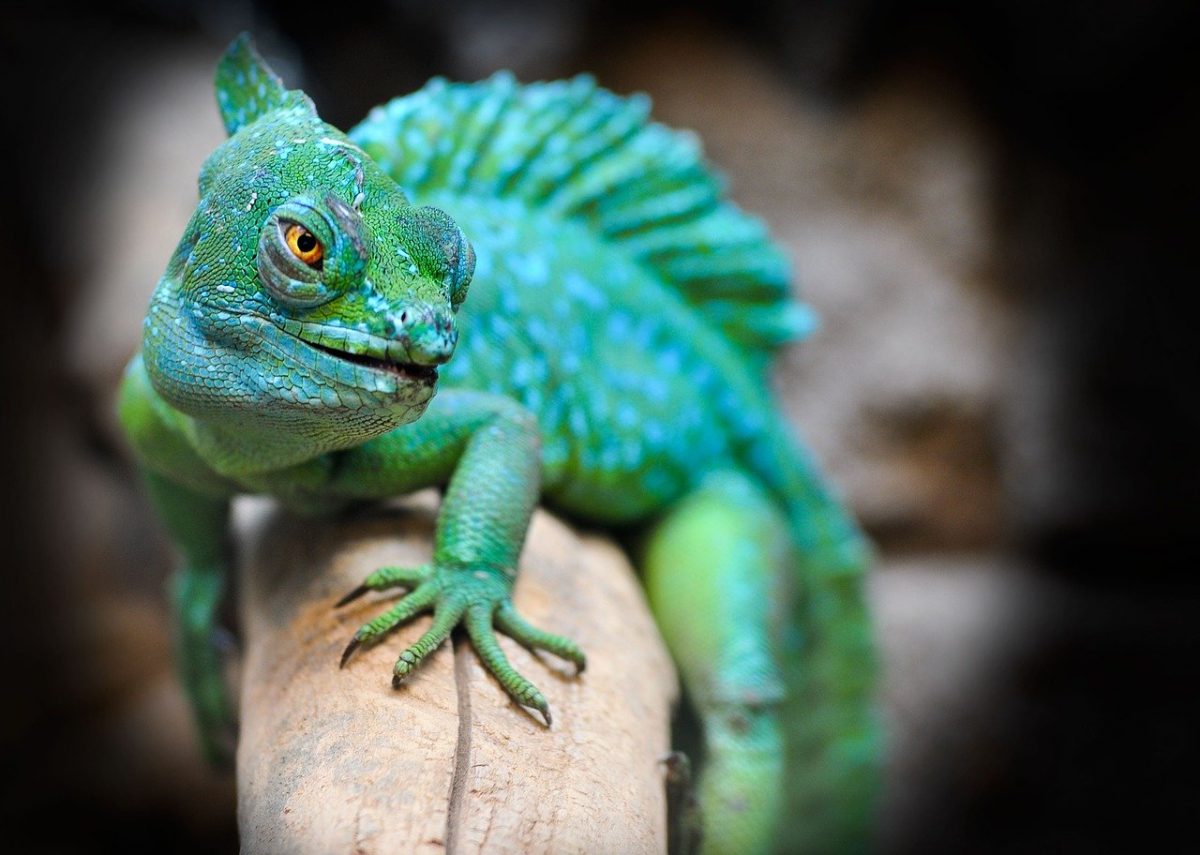 Further down the cryptocurrency charts, Tezos was forming what could be a bullish reversal pattern after retracing most of the gains it made over the past couple of months. Cosmos was trading just beneath an important retracement level, but could be poised for more downside. Zcash dropped in value faster than most altcoins and was being dominated by sell pressure, at the time of writing. 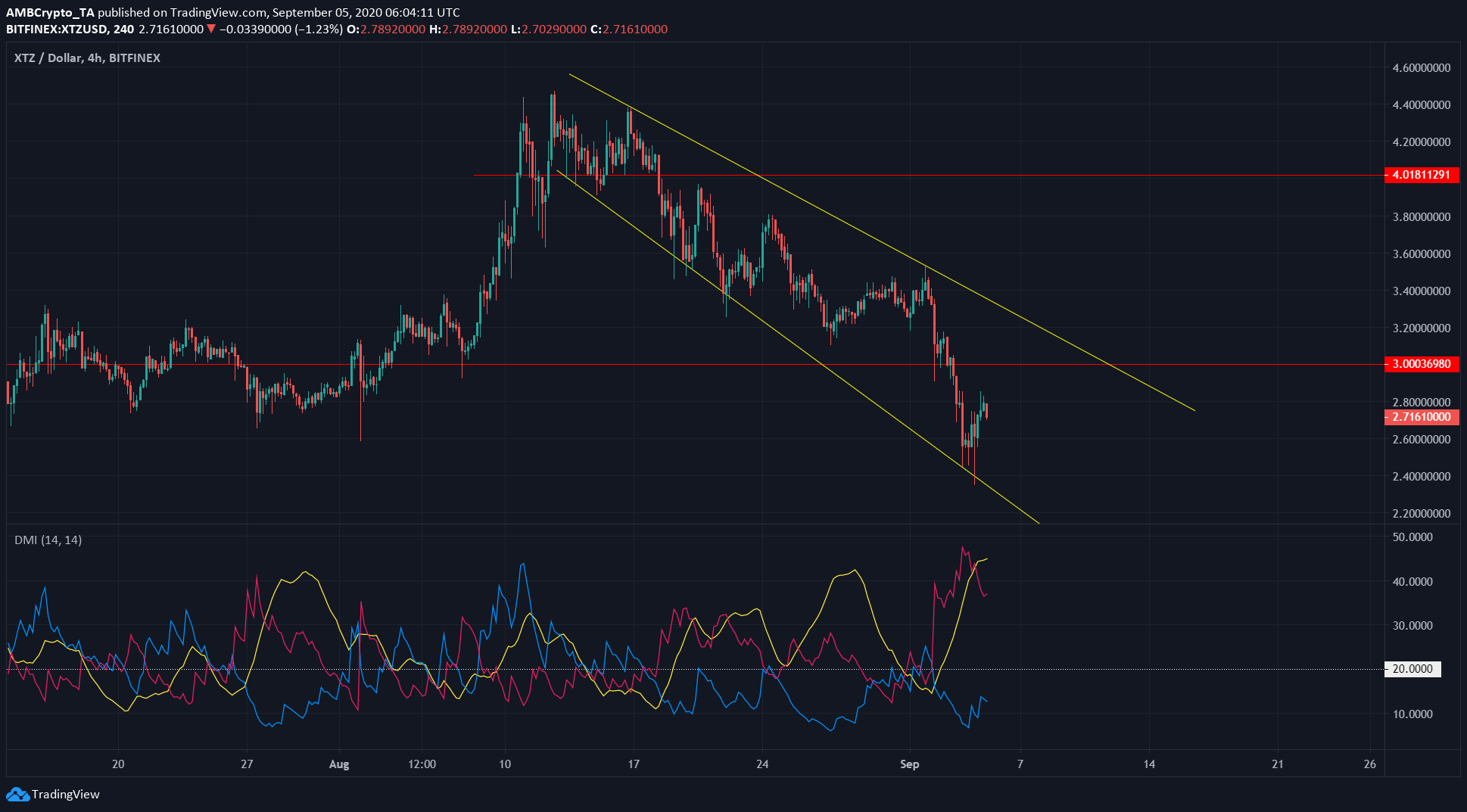 Tezos was in the news recently when BitMEX announced a new Futures market for Tezos, traded against Tether (XTZ/USDT).

The overall outlook for XTZ in the short-term was overwhelmingly bearish, at press time. As shown by the DMI, the trend has been a strongly bearish one, with ADX (yellow) and -DMI (pink) well above the 20-line to indicate a strong downtrend.

However, XTZ could be forming a descending broadening wedge on the 4h timeframe, as indicated by the yellow trendlines. This could take a few days to play out.

The aforementioned wedge is a bullish reversal pattern, and if the price breaks above the upper trendline, the price might be able to revisit its $4.47 highs. 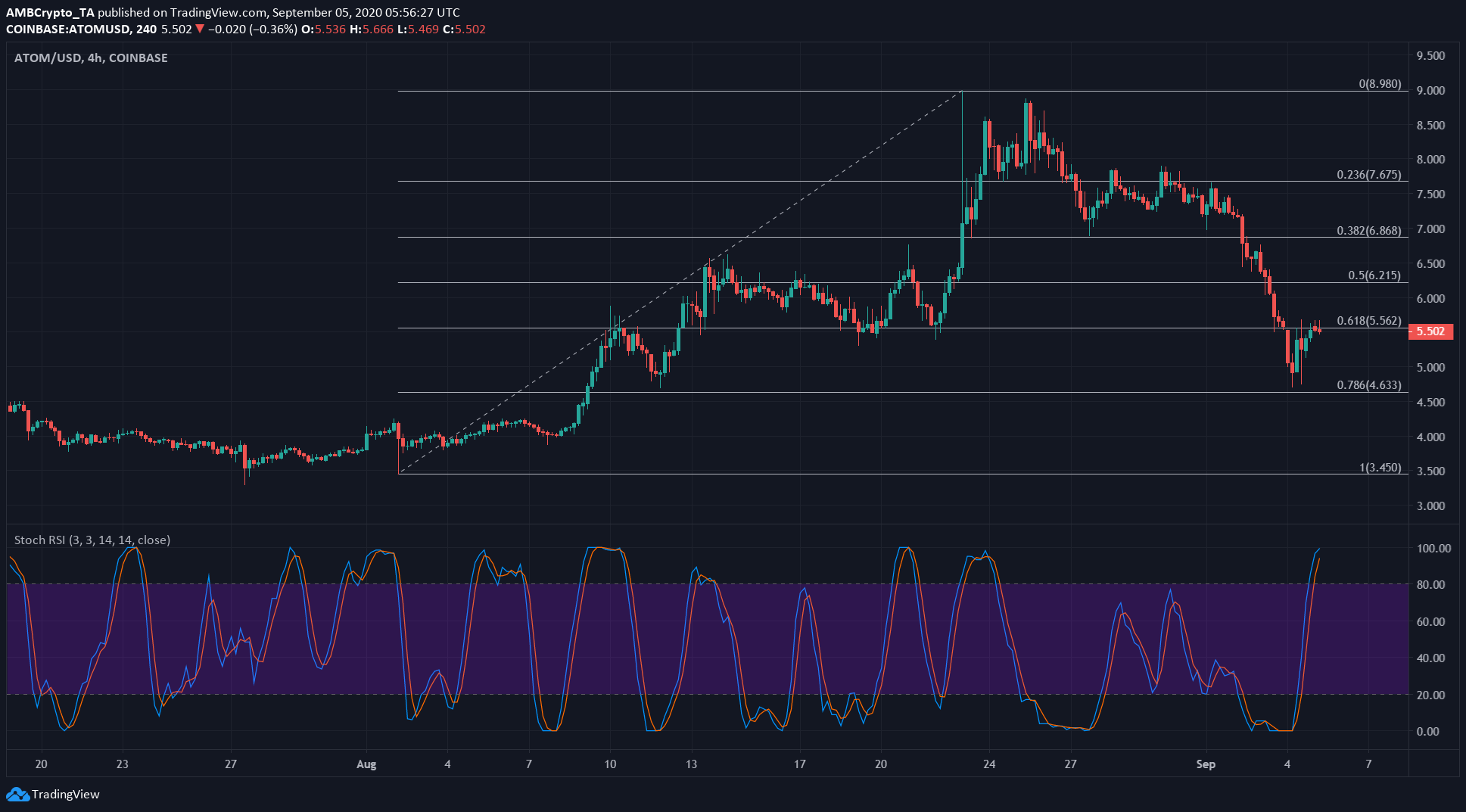 Just a few weeks ago, the path of least resistance for ATOM was upwards towards $9. This lofty target was squashed in the short-term, however, as Bitcoin slid rapidly down the charts. While ATOM showed signs of appreciation over the past few days, it could not go against the tide of the market.

At the time of writing, ATOM was trading at its 61.8% retracement level of its rise from $3.45 to $8.98 in August. A close above the aforementioned level would be bullish in the short-term, but the Stochastic RSI showed overbought conditions and ATOM might just register another drop to the next level at $4.63. 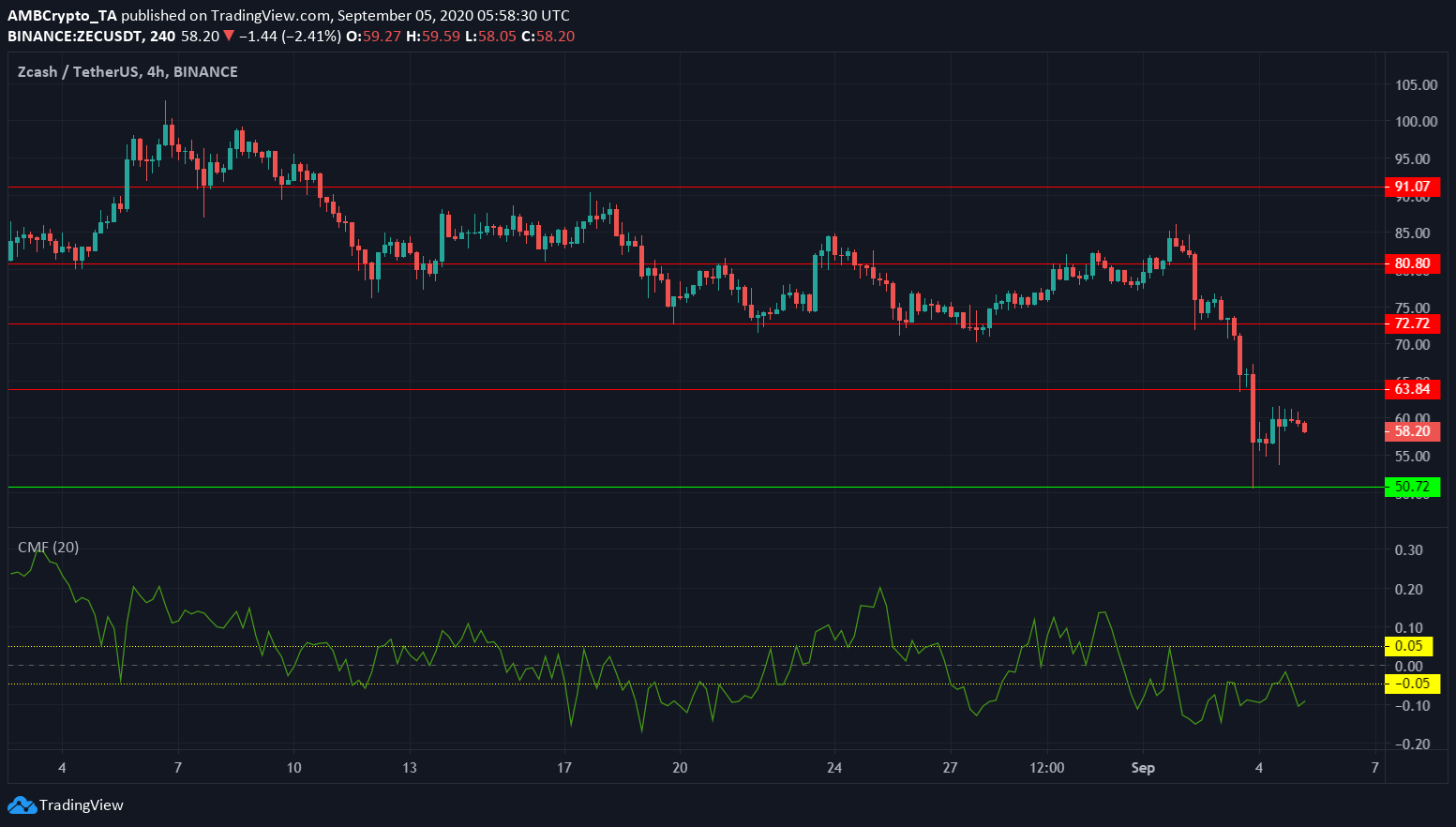 Zcash has been struggling to hold on to its support levels recently. ZEC looked to have mounted the $80-level convincingly, but it soon tumbled toward its $50-support. At press time, ZEC was trading at $58.2.

Hence, it is possible that the price may bounce after such a steep fall to reclaim the $63-level. However, the trend would still be heading south for ZEC. Further, the Chaikin Money Flow suggested that the capital was flowing out of the market.

$50 could be a level that ZEC consolidates at, before a leg upward. It was a strong level of support toward the end of June, and could serve well to act like one again.