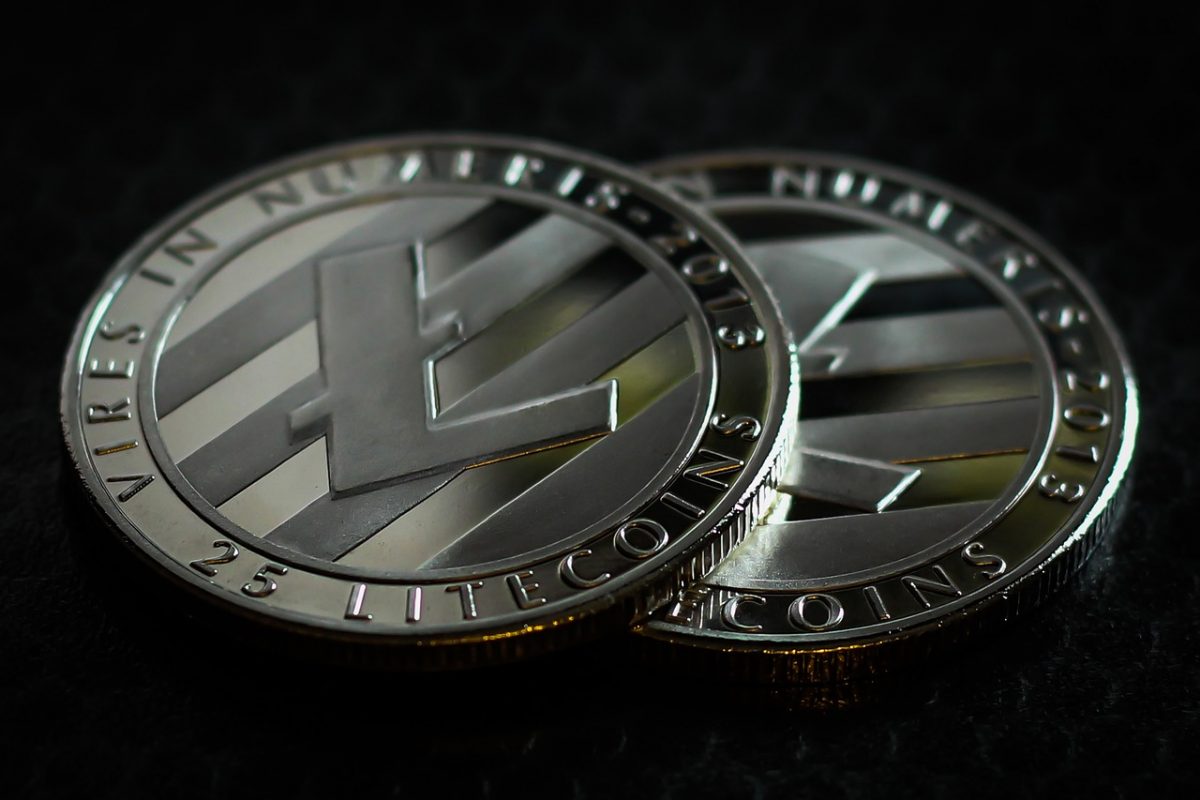 Disclaimer: The following article attempts to analyze the emerging patterns in Litecoin’s long-term market and their impact on its price

The rally is out and most of the market’s cryptocurrencies have lost their peaks as the market crumbled. Litecoin [LTC] was one of these cryptos, with the altcoin’s high correlation with Bitcoin [BTC] pushing it to note a significant dip in its own value. In fact, Litecoin has been trending lower on the charts since the month began, with LTC having lost 22.60% of its value in just 3 days. At the time of writing, it was being traded at $49.43, with the cryptocurrency trying to hold on to its levels, despite overwhelmingly bearish trends. 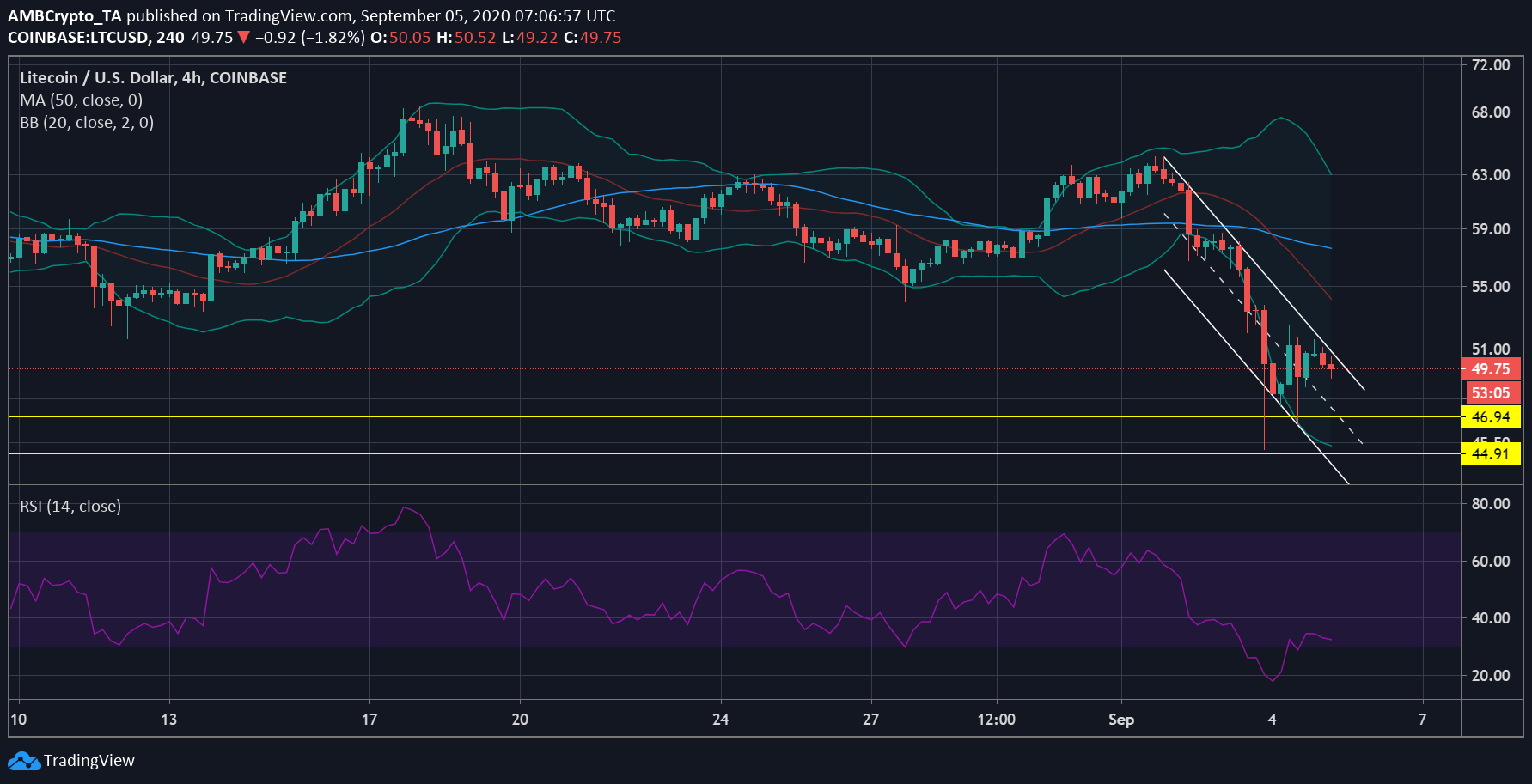 The attached chart highlighted the widening mouth of the Bollinger Bands. This was an indication of great volatility in the Litecoin market. The value of the digital silver has been sloping down lately, forming lower lows and lower highs, fueling the formation of a descending channel. Litecoin’s price tested the support levels at $46.94 and $44.91 twice, before managing to bounce even higher. However, the pattern suggested that LTC’s price may slump lower on the charts.

The Signal line also remained above the candlesticks, underlining the lower trending price. The 50 moving average was also a clear indicator of such selling pressure in the market. While LTC tested its support level at $44.91, the crypto-asset had already reached the oversold zone and was trying to bounce back from the same.

After some push and pull around the second support point level at $46.94, Litecoin finally bounced back into the equilibrium zone. However, at press time, the crypto-asset was on the verge of crossing over to the oversold territory. 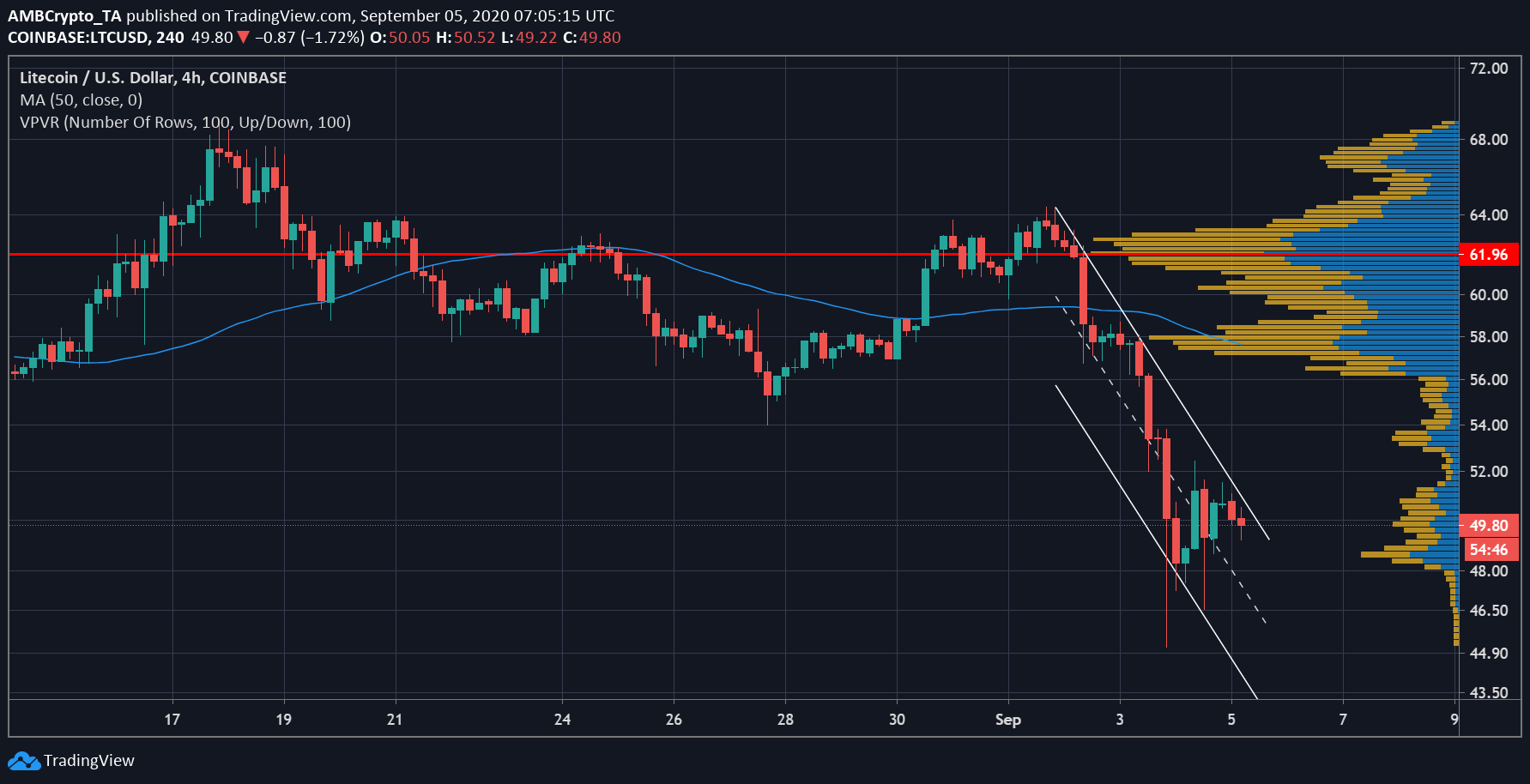 As per the Visible Range, the Point of Control for LTC was found to be at $61.96, a finding which meant that it was at a highly traded price for the digital asset in question. However, the cryptocurrency was valued way under the point and did not see much support from the market’s traders. Hence, this PoC could act as a strong resistance level on the way up, but before reaching $61, LTC may want to breach its immediate resistances at $57 and $58.