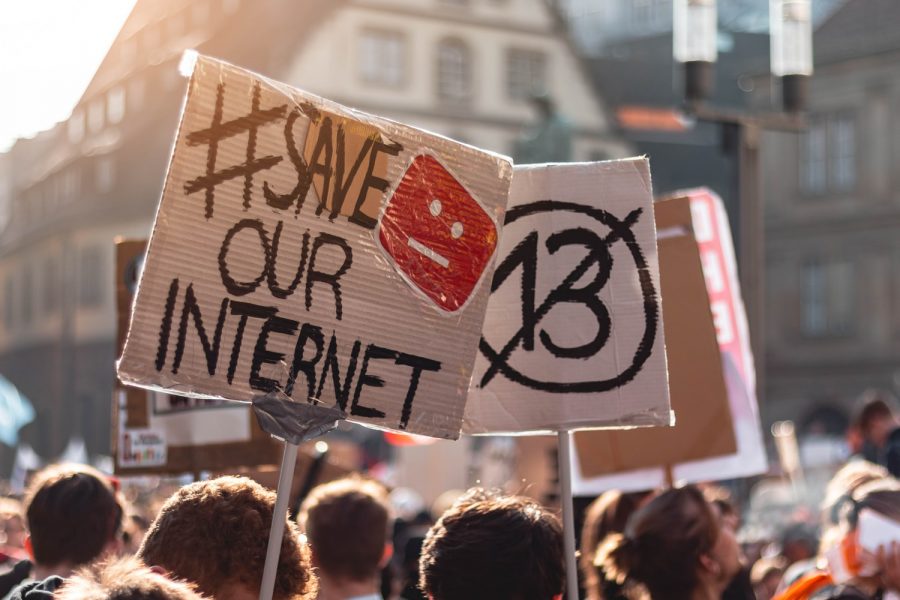 Crypto YouTubers expressed their disappointment after YouTube decided to take down their videos. Popular influencers of the crypto space, utilize YouTube to educate people about cryptocurrencies. YouTube, however, has taken down cryptocurrency-related videos further categorizing them as “harmful content” and some of the YouTubers have been temporarily banned from the platform.

Popular YouTuber, Chico Crypto took to Twitter and revealed that his videos were no longer on YouTube. The YouTuber has about 67.1K subscribers and his tweet read,

So My Channel Is Getting Attacked Right Now!@YTCreators @YouTube

Not A Single One of These Videos Violates The Community Guidelines!

Yet, All Videos Have Been Taken Down, I Have A Strike On My Channel & I'm Banned From YouTube For A Week??

Ok??? Would Be Nice If I Wasn't pic.twitter.com/Mm6yC7HiWB

Soon after this, an array of Crypto YouTubers announced that they had experienced the same. Another popular YouTuber, Chris Dunn, tweeted,

“@YouTube just removed most of my crypto videos citing “harmful or dangerous content” and “sale of regulated goods”… it’s been 10 years of making videos, 200k+ subs, and 7M+ views. WTF are you guys doing  @TeamYouTube?!”

More than 20 Crypto YouTubers had their videos taken down from the platform. Omar Bham aka Crypt0 has around 119K subscribers on his channel. Bham shared a list of YouTubers who were affected by YouTube’s latest move. 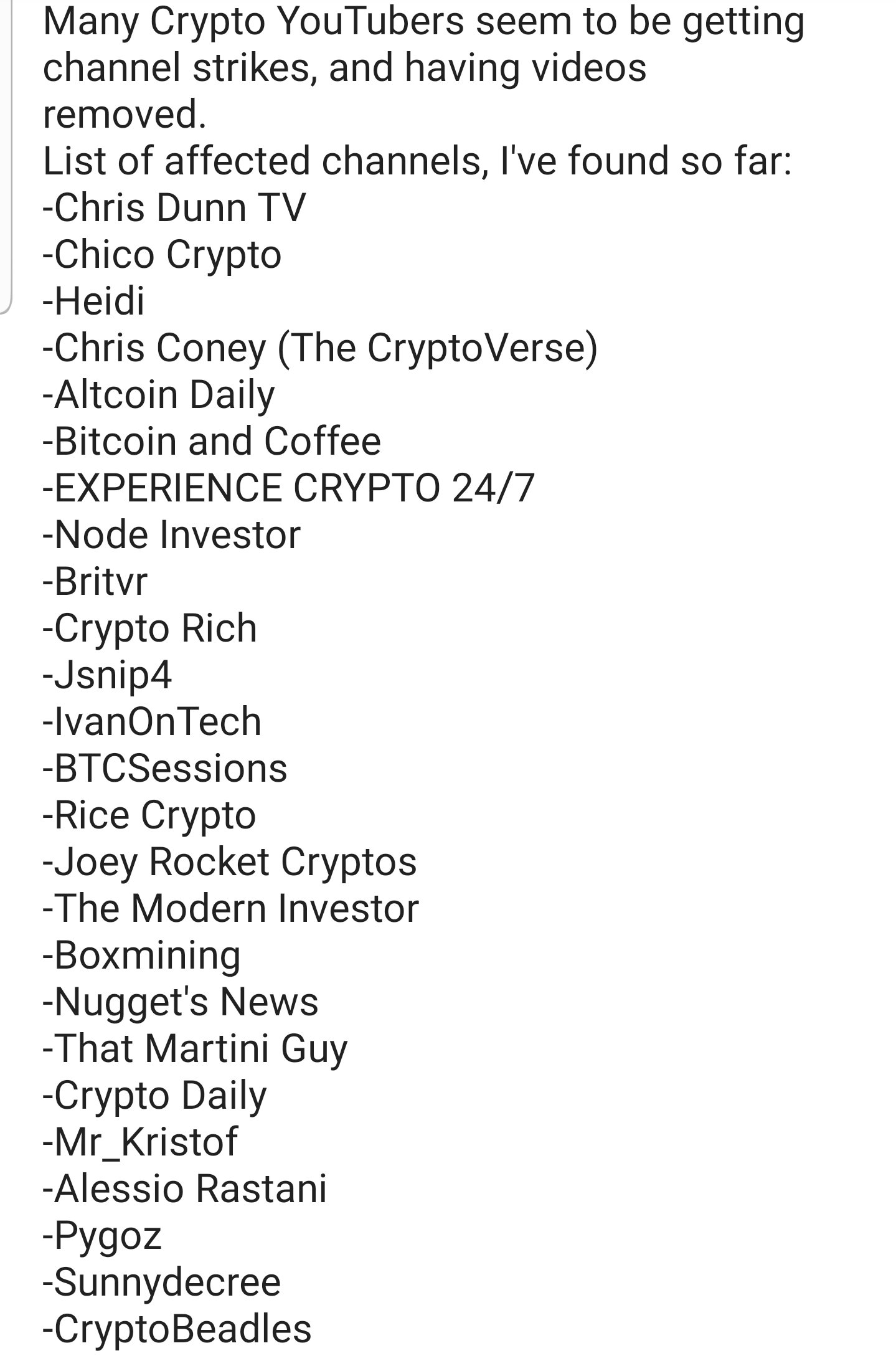 Former senior market analyst at eToro, Mati Greenspan also commented on YouTube’s latest move and called for a boycott against the platform. His tweet read,

“In protest of @Google‘s new unexpected and unexplained censorship of #crypto content I will be boycotting @YouTube until further notice.”